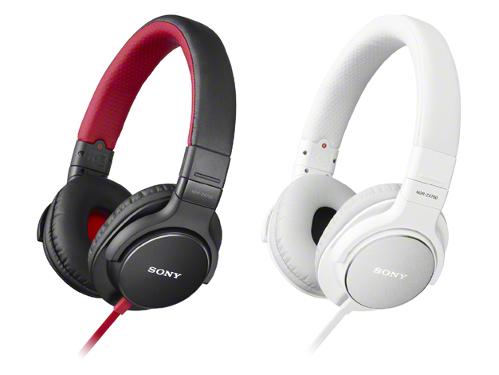 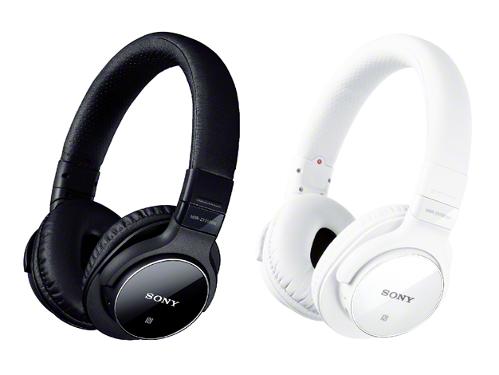 You are using an out of date browser. It may not display this or other websites correctly.
You should upgrade or use an alternative browser.
New Sony portable headphone - the MDR-ZX750!

tripbitshooter said:
what u call these balanced?! The bass boost overwhelms the mids ans highs so much that when i turn up the volume to get the mids and highs to an amplitude that i like, the bass becomes SUPERBLY boomy and overpowering
Click to expand...


Wow. Who died and made you grand-daddy of sound?

I agree that the ZX750 has powerful bass that caters quite a bit to current pop sounds but still has decent mids and highs to complement it as compared to other consumer products (BEATS, I'm looking at you).

But the way you push your opinion sucks.

Learn to be more civil and socially responsible for your online behavior.
"There's nothing older than trying to look young.......and you looked like a million years up there!"

Fairly balanced compared to MDR-10R. With loose boomy bass. It is certainly more balanced than 10R in terms of reproduction. The extra bass could be attributed to very close placement of the drivers vs others.
Read my impressions fully not just bits and pieces.

More akin to MDR-ZX500 than 700 in terms of overall sound. It's ZX500, warts and all, with ANC and BT. Certainly very good value when all said and done.

That said, putting tape over the vents tames the bass slightly.
Team Meh.

It's alright *pats your back*

Despite not liking it, you bought it?
Why so?
Just curious
"There's nothing older than trying to look young.......and you looked like a million years up there!"

tripbitshooter said:
i did try taping the vents and it helped a little. sorry fizban if i seemed a little imposing but i really wonder how is this balanced.
Click to expand...

Compared to its direct predecessor the MDR-10RNC, it is much more balanced.  It's still bass heavy no doubt.  I think it's a combination of naturally bass happy driver coupled with supra-aural cups that makes these quite sloppy.  But it's quite warmer and more balanced than MDR-10R, which are quite cold and dark.  These have a quite warmer and slightly brighter tilt to their sound than the MDR-10Rs.

Again, for what's its worth, for $150-175 Street price, you can't find a set of headphones that does all that this thing does.  In and of itself, this should be of interest for most people looking for a very high tech headphones.  Not for most of us here, and I prefer ZX700/MDR-1Rs for critical listening.  But when I'm outside at a cafe, laptop hoboing, these will work nicely to drown out the noise and listen to music and even make phone calls.  Sonically, I'd put these on the level of MDR-ZX300/500.  Quite unrefined but decent enough for most.  I'm about 20 hours in now, and there hasn't been a dramatic change in sound one way or another.  And placement of these are very critical.  If you want less bass, try placing the opening just slightly front of your opening, though it makes vocals much more nasal.

One thing that bothers me about the NC is the mic placement at the bottom of the cup.  Unlike the MDR-10RNC, it only has a single set of mic that's used for voice pickup on Bluetooth.  Stationary, you're fine, but when you're walking, you get more of the wind noise when ANC is active.
Team Meh.

Try replacing the earpads.  As I suspected, the earpads are mainly responsible for the bloated bass response.  I swapped them out for the ZX500 earpads and bass is tamed to the level where I can take off the tape off the vents.  A comparable earpads would be off of the V6s/7506 or similar.

It's not the spacing from the driver to the ear.  It really doesn't change that much from the stock pads to the ZX500 pads.  However, the material traps less sound so there is less reflected bass into the ears.  That cuts a bit of the bass.  It's still bass emphasized, but the rest of it can be mitigated with EQ, probably -1 to -2dB cuts to the proper freq, or even a high pass filter at approx. 15-30Hz or so.  You could probably get away with using the V6 or other pads of the similar size, but will need to be secured with tack or double sided tape, as the pads are little larger than the ear cup area.
Team Meh.

Just registered to thank Damage for idea to replace earpads for over the ears one (V6). Original was really uncomfortable for long listening. After replacing earpads I'm missing bass, probably I just got used to it. Thanks to friend, I've got mine in Costco. Thanks again to mentioned in your review, otherwise I'll buy in Sony, Best buy or Fry's.

Very good BT headphones (headset) with ANC, two 3,5 mm cables, charger, USB cable and case for only $169. Tomorrow I'll test in airplane and see is it (how) worse than Bose Q15.

Picked a pair of these up refurbished for quite an insanely good deal, $60 and I also picked up Aureo's extra deep MDR-7506/V6 earpads to make these cans over-ear now instead of on-ear, better sound isolation and much more comfortable.

I would like to beg to differ with the majority of all the comments in this thread bashing these cans. I don't know what cans/IEMs those who have labelled these cans as "bass-heavy" own, but I for one certainly would not categorize the ZX750BNs as a basshead can.

I have done a quick testing of what the sound is like right out of the box, with them wirelessly connected to my iPhone and NC turned on, which is the main reason I'm getting these, to use on the go on transit.

To summarize what I am about to share with everyone in terms of the sound of these cans, if you're used to typical Sony sound signature, sibilance and all, the sound signature of these ZX750BNs won't be very foreign to you.

It does have an undeniably noticeable V-shaped sound signature, midrange is clear and detailed but with certain tracks, it does take a step back from the bass and treble, while with certain tracks it does not seem that recessed at all and is actually somewhat nicely balanced with the rest of the frequency range. I would've preferred a slightly more warm and natural tone though. In comparison with my JVC HA-S500s, the mids are more recessed however they are not as "shouty" as the at times strangely overly forward high-mids as the S500s.

While the bass makes itself known and extends quite a bit deeper than I initially expected these cans to, they rarely bleed into the mids, which is good. With that being said, the bass does not have the quickness to allow it to shine in very articulate tracks, the bass becomes one mushed up mess, nowhere near as tight as the bass on my S500s with certain articulate tracks requiring quick response. However, given those (negative) traits of the ZX750BNs, the bass never seemed boomy or "basshead-like" to me in the 30 minutes or so I tested them. So unless you're used to BA sound signatures where there is quite literally no bass, I don't know what everyone in this thread is complaining about. Mid-bass is very nicely controlled, where most of the oomph comes from sub-bass, though it can get muddy sometimes on its own, not affecting mids and highs, which is good I guess. The drivers can't keep up with articulate tracks

Treble has typical Sony sibilance, albeit with excellent perceived extension with sparkle though it may just be a result of the V-shaped sound curve, though as with the typical Sony sound signature, the top end can get VERY fatiguing, and the more you listen, the more you realize the extension is actually not as good as one initially would think it is, once again typical of Sony. Like the bass, the ZX750BNs have trouble with very articulate (fast) tracks, particularly rock, with certain notes just becoming quite literally a blur of sound. The detail is there however, presentation is MUCH wider than I initially expected, excellent soundstage. Sonic cues are presented pretty well out of the head, good enough to mention that's for sure.

I know it's not a very detailed review perhaps, but all in all, I purchased these at an undoubtedly great price to use on the go while taking the bus or train, and these get the job done. I would never use these for critical listening, they are not meant for that. They have a somewhat fun sound signature with good perceived clarity across the whole frequency range, I have no complaints. I would certainly like more detail in the low and top end, but I can't complain, they get an 8/10 for me.

Whatever they are, they are DEFINITELY not basshead cans. I compared them with the Beats Studio Wireless (gasp) since I work at a place which sells every single colour and configuration that exists of every Beats model, I definitely prefer these over the Beats Studio Wireless, which honestly are a huge improvement over what they used to be. If you are familiar with Beats Studio sound, these are the clearer, more sparkly, less bassy and colder version of those.

I tested all the same tracks I tested while using BT, but hooked up to my iPhone then my ODAC, the dynamic range is much better and the lack of clarity in articulate tracks is now present, with much clearer instrumental separation when I was connected via BT to my iPhone. The sound is noticeably different when connected wirelessly, and when wired, in a pleasant manner.

Actually, your thoughts are more or less on the matter.  Now that I've had the chance to listen to them more in the last couple of months or so, I say that with the standard BT mode, it is more or less on the dot.  It bleeds in, but still retains that trademark Sony flavor throughout.  I'm wondering how much of your listening in BT is factored by that the ZX750BNs do not power up in the "high quality"/AAC mode by default (You have to hold Volume UP button while powering on).  But the bass is very much overwhelming when using stock pads and not the V6 pads.

Did you have the chance to try either the only NC mode or unamped standard mode with the 3.5mm?  I would love to hear your take on it.

By the by, if your local Costcos stocks these, they are about $120 new with a padded semi-hard case.  That makes this one of the best deals in Wireless headphones.  Seriously, BT and NC with AAC native decoding.