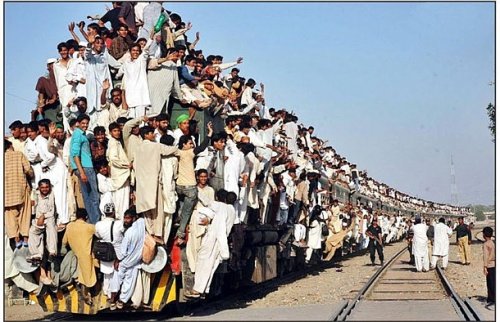 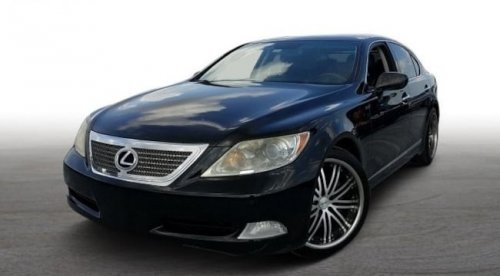 You are using an out of date browser. It may not display this or other websites correctly.
You should upgrade or use an alternative browser.
New Car

One of our cars got wrecked. I had to buy a new car a few years earlier than I had planned. I didn't feel like having a big car payment, so we took the insurance settlement, financed the bare minimum, and picked up a Honda Civic EX-L.

So far, I really enjoy the car. It has a 5-speed slush box, so the engine revs relatively low at 60 mph. That makes for a much quieter car at cruising speeds.

As far as features, it has just about everything our '07 Altima 3.5 SE has except:
1. Auto-dimming mirror
2. 6-disc CD Changer (in dash)
3. Power-adjusted seats
4. Climate control on the AC
5. Push-button start
6. 270+ hp V-6 engine that is smooth as butter and growls like a refined beast
7. CVT tranny
8. Traction control and some other stability control stuff (at least I don't think the Civic has those things)

However, it is superior to the Altima in the following ways:
1. It is silver, so it won't need to be washed as often for cosmetic purposes.
2. It is rated at 25/36 mpg, and the Altima is at 22/28 (with a strong tailwind going downhill and me as the only occupant)
3. The instrumentation layout is superior, and the gauges are easier to see.
4. Buttons and switches just seem more solid.
5. It has a cargo net in the trunk.

The stereo in the Civic doesn't measure up to the 10-speaker Bose rig in the Altima, that's for sure.

However, I'll take the Honda's blue backlighting over the Altima's orangish stuff.

Anyone else around here have to buy a car earlier than planned as of late?

yeah am in the final stages of getting rid of a 05 toyota sienna and picking up a 08 honda odyssey ex-l with dvd...man..you may laugh but these freaking minivans are approaching luxury car accoutrements...very nice as borat would say.....
team loser with nothing left except px-100 and some crappy maxell cans i was forced to buy in an airport...

I agree. Good choice with the Odyssey.

There is nothing like a new car. Congrats on your financial decision.
Apple lossless>DAC1>Mogami XLR>Desktop Balanced>Ultrasone E9/Apure V3 bal XLR 3 pin

But seriously congratulations. Honda's keep getting better and better it would seem.

Definitely the feel of riding in a new car is awesome. I bought my 2008 Mazda 3 around September. I always liked the mazda line... and you can imagine how excited I got when I saw the 2008 version comes with factory-standard aux in.
(a.k.a. "Screaming Oranges") FEEDBACK:
Head-fi:
http://www.head-fi.org/forums/f12/1117-220575/
eBay:
http://myworld.ebay.com/alejandrolikestobuy/

Hey I just got an 08 Mazda 3 as well and I am lovin it. Just replaced with air filter with a K&N, its zoom zoom all da way!

Btw, to the OP, congrats on your new car, yes it is an awesome feeling!
Hmm...

really? I never saw one with it. Standard? Are you sure?

Alabaster Silver Metallic, which is a fancy way of saying, "Silver."

My crumbling old '95 Jetta got totaled about a year before i'd planned on making car payments again.

'03 GTI 1.8T is much better. 'reflex silver' isn't as dirt-hiding as 'champagne' was on the jetta, though.
--
Team Planar | Team Sturzhelm | Team Cheap Bastards | Team Baby Stax
If the monster is immortal, either it does not exist, or there are two.

I love those Nissan 3.5L engines

Both our cars have that "aux" thing for DAPs. I used my iPod in the Altima, and it was cool. Only thing is I need a longer connection so I can tuck the iPod away safely in a compartment.

My Mazda has the aux in inside the little box compartment/armrest between the two front seats. so i simply tuck inm y irver h320 in there, close the lid, out of sight, set to go!
(a.k.a. "Screaming Oranges") FEEDBACK:
Head-fi:
http://www.head-fi.org/forums/f12/1117-220575/
eBay:
http://myworld.ebay.com/alejandrolikestobuy/

I haven't bothered to locate it on the Civic yet, but the Altima has it right on the front panel of the sound system. I thought that was a pretty dopey place for it. Although, if I have about an 18-20 inch cable, I can tuck it away in a front storage compartment.
You must log in or register to reply here.