You are using an out of date browser. It may not display this or other websites correctly.
You should upgrade or use an alternative browser.
NEW Beats Studios 2013 VS Audio Technica ATH M50 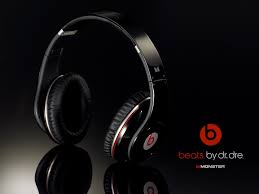 A lot of people (if not everyone) on the website have heard about Beats electronics revising their best selling headphone, the beats Studio. It was their original pilot headphone when they were produced by monster sometime back in 2008, and since then have become the most popular headphone  to this day amongst consumerists. However, the headphone had several caveats that upset both Audio specialists and consumerists alike. The first thing,

1. Build. The beats studios were made from a cheap plastic that somewhat resembles fiber glass on the headband. After some breaking in (if not literally (; ) the stress of stretching the headband over ones head would take its tole on the plastic, causing it to either crack, and in many cases snap in half. All in all, the old models build was a complete joke.

2. Price. They ran for a MRSP of 300+ dollars back then. And for what? Cause they looked cool? Psh, even though they lowered the price to 299.99 without tax, they still did not meet that price to performance ratio.

3. Sound. This is what REALLY put out so many Audio specialists. They sounded like two, cheap subwoofers pressed against your head. Yes, there was a surplus of bass (understatement) but where were the mids and highs? Even with equalization, the mids sounded cheap and artificial, and the highs were tinny and cold. To your average consumer, they would sound pretty good considering they're used to Apple Ear buds or Skulll candy ink'd (Not bad bass-head ear buds I must say) but to an experienced Audiophile, its no wonder that they would sound considerably bad.

4. Sound leakage. Practically you can't listen to your music over 50% volume without turning yourself into a walking stereo. Unless you were by yourself, or didn't care about others hearing your music, they would be a major problem. Definitely not library headphones.


Well, that practically sums up what was really wrong with the old studios. Since then, there has always been a headphone that's been recommended (If not blindly) by Headphone specialists, and it is called the Audio Technica ATH M50. Now, what makes this headphone so special? Well, from what owners have said, you get great bass thats better than any beats headphone, warm mids and clear vocals (Seems fairly subjective after seeing the mixed reviews) and crystal clear highs (If not sibilant).

Having owned a pair, i was very content with my M50. The sound was clear, not near as muddy as the studios (bought the studios after the M50) Overall, these were the headphones for me. In august 2013, Beats released their newest headphone, the revised beats studios. And i must say, they really did their Homework! Better build, great sound, and comfort ability that was on par if not better than the original Studio! But how does this New headphone size up to the almighty M50? Lets take a look.


Now, the M50 is very well known for its great sound for a sub 200 dollar headphone. But after awhile, my ears started to fatigue while listening to these headphones. When this would happen, the bass would muddy up the other frequencies, and the mids would become non existent. However, this is after an hour of listening. before then, the sound is quite enjoyable for Dubstep, progressive house and dance. Country too! for a sub two hundred dollar headphone, these really offer a great bang for your buck!

As for the studios, they have clarity that is easily on par with the M50, having crisp non fatiguing highs, forwards mids, and a lot less bass than the older model. Like the m50, they play Dubstep, house, dance and other electronic genres as well. And to my surprise, even country! Never would have thought. I can wear them hours on end without any fatigue.They also come with improved  Noise cancellation. Though not near as good as the Bose QC15, they certainly do their job at blocking out sound when your music is playing. However, unlike the  M50, the sound is colored, so these are strictly meant for listening and not mixing (Though IMO they could very well be a pair for that on certain tracks)


Heres the interesting part. Now the M50 is praised for being a tank like headphone, where  the Studios are well known on the Head Fi forums for breaking and or cracking. However, it seems that beats has possibly corrected this issue by inserting metal bands into the the beats Studios headband to prevent them for snapping in half.

Now that is some extreme durability. Not saying the M50 is not durable, its quite solid with strong plastic with a few metal components, but it isn't flexible like the new studios. The M50 is solid and built like a tank, where as the Studios are flexible and somewhat solid.


Now, in terms of value. the M50 goes for about 150 on amazon while the Studios for for almost twice that price. So the M50 is a great deal cheaper, but its sweaty and sticky pleather, sibilant highs and shallow ear cups ruin the experience. Where as with the studios, my ears can breathe through the ear cup material, they're not the very least sticky, and they do not fatigue my ears nearly as much as the M50 does. So, in the end, if I had lots of money to just blow on Headphones, *puts on flame suit* I'd buy the New beats studios.


In conclusion, Beats has really improved their Studio line, and I give them major credit for it. Sound is vastly improved, rechargeable battery, and great comfort ability followed by eye appeal. Though these things are like i said, subjective. Some will like the New Studios, some will hate them. But if you're an open minded Headphone enthusiast, you will find the New Beats Studios to be quite enjoyable.

But if you'd rather save money and buy a flat response/monitoring Headphone, then I'd suggest the Beyerdynamic DT 770 or the Sennheiser HD 380 Pro. 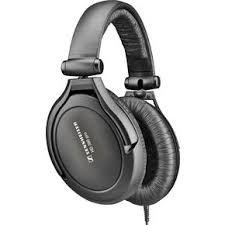 I tried the new studios the other day, Not bad! I would say they sound better than the M50. The m50 have quite recessed mids but overall I would rather buy the M50 for the price than pay 300 for the studios; You do get a lot of features with the studios though but still they should knock 100 off the price imo
Mrspeakers Mad Dog 3.2
Beyerdynamic DT770 Pro 80ohm
Denon D2000
AKG K550
AKG K702(For sale) Brand new only £100 if picked up!
AKG K701
Shure SRH440
Audio Technica ATHM50
Beats Solo HD
Beats Mixr
Grado SR60i
V-Moda M100
V-Moda Crossfade LP
Sony XB500

Sound quality-wise, the new Studios are a major improvement over the old ones. Still a little heavy on the midbass and light on the upper highs, but nothing that a little EQing couldn't fix. Soundstage is pretty congested; my M50s sound like open headphones in comparison. The earpads are soft and the cups fit securely, though they could stand to be a bit bigger. The headband could use more padding. The NC is legit, unlike the old Beats that had it strictly for marketing purposes. I listened to them at a noisy Apple store and the external sound was heavily muffled with no music on and blocked completely with music at a moderate volume. The Bose QC15 still has better NC, but SQ-wise, I prefer the Beats. They're still not worth $300 to me, but I couldn't care less about status and swag, even looks aren't that important to me. I'll be sticking with the M50 for the foreseeable future, but if I had $300 to spend on another pair of headphones, I would definitely consider the new Studios. The NC sure would be nice to have when in Noise York City.

Did these new Beats improve sound quality alot? I listened to some Beats headphones in an Apple Store, but I didn't find them to be as horrible like everybody on this forum say they are. I expected them to be much worse based on everybody their opinion. I don't think I was listening to the worst headphone ever created.

The old studios don't even compare to the newer ones. As for the m50 ill use them for monitoring, but the studios for mobile and enjoyment use

They should sound better as they cost twice as much...

I still haven't been able to find somewhere where I can listen to my sourced music with the new studios, but I was impressed with what I heard. I definitely have NEVER given any beats product a chance until these. I actually enjoyed them. They are the most comfy headphone I can remember since the dt 7700's.
Sony MDR 1r for Sale http://www.head-fi.org/t/644790/sony-mdr-1r

I really enjoy reading this post. I am now considering the ATH M50 for mobile listening. The value seems unrivaled, but there was something about those studios that I really enjoyed.
Sony MDR 1r for Sale http://www.head-fi.org/t/644790/sony-mdr-1r

Just got one of these in the Matte black. They sound fantastic. Still overpriced but stylish+good sound+active NC = a win for me.

Yeah, I agree ... the new Studios sound and fit great.  I'm having a problem though ... the left earphone sounds quieter than the right

Haven't encountered that issue. Maybe Beats will do RMA?

I also own both headphones and would have to agree with the consensus, the new Beats sound waaay better than the old. After dropping Monster, Beats has really upped their game. Are these headphones a good value? No. Are they anywhere near the best sounding headphones for their price range? No. They are extremely overpriced for the sound they produce. But with that being said, they have a premium look (matte black/titanium at least) and packaging (the unboxing was extremely satisfying) meant for casual listening in a less than ideal environment. The NC plus thumping bass means that even in the busy streets of New York, you can enjoy your music.

zedsdead said:
I also own both headphones and would have to agree with the consensus, the new Beats sound waaay better than the old. After dropping Monster, Beats has really upped their game. Are these headphones a good value? No. Are they anywhere near the best sounding headphones for their price range? No. They are extremely overpriced for the sound they produce. But with that being said, they have a premium look (matte black/titanium at least) and packaging (the unboxing was extremely satisfying) meant for casual listening in a less than ideal environment. The NC plus thumping bass means that even in the busy streets of New York, you can enjoy your music.
Click to expand...

I can only hope they continue upping their game now that Apple has bought the business.....

so i was able to have an opportunity to get the  NEW 2013 Beats Studios for 80 dollars or the ATH-M50 for 80 dollars. what should i do here, im thinking of going for the beats studio because ive owned beats before and ive gotten used to the feel but i need ATH-M50 for mastering music...
You must log in or register to reply here.