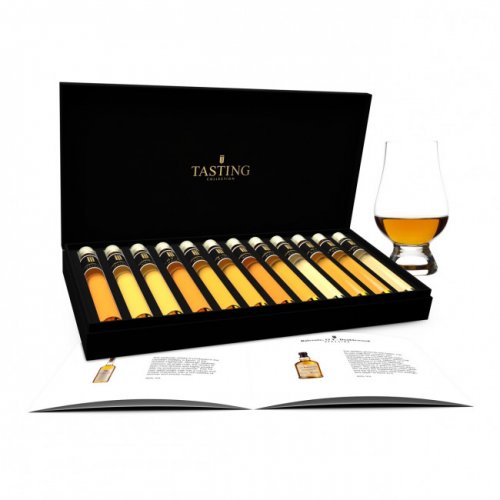 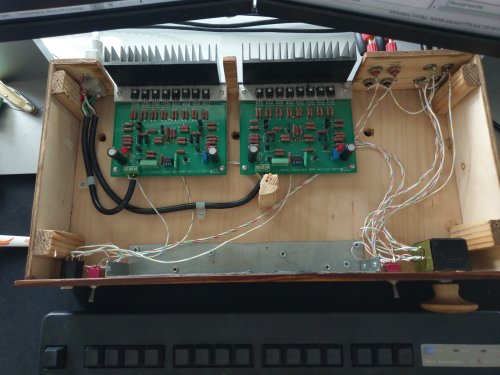 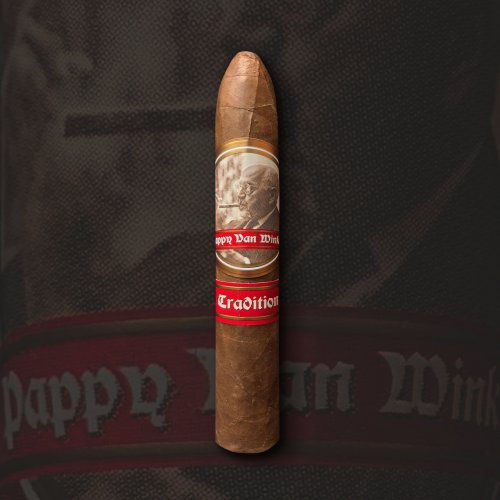 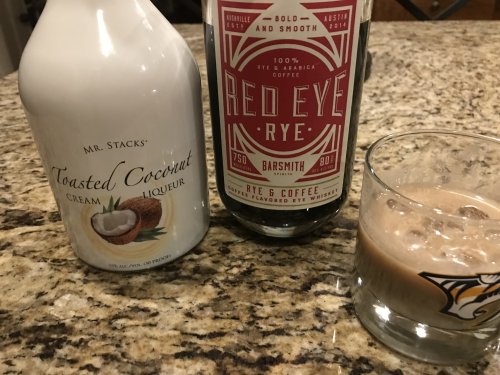 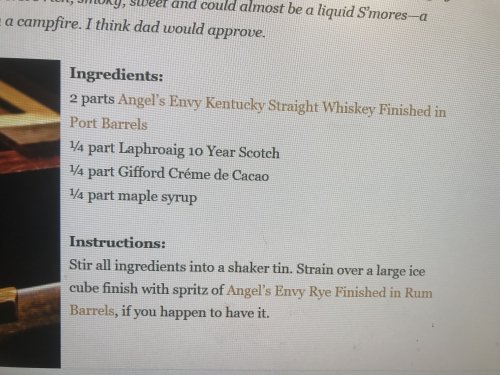 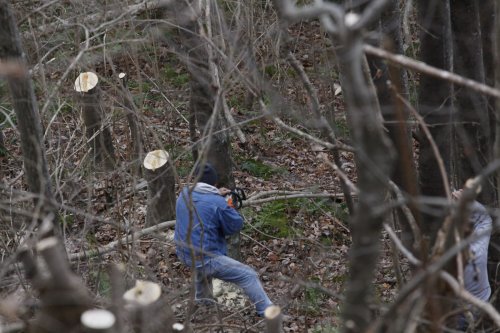 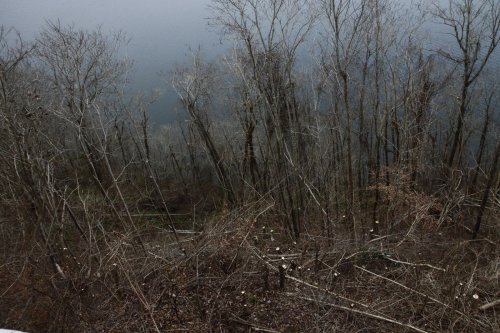 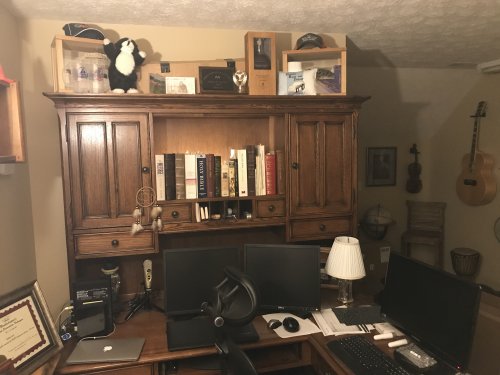 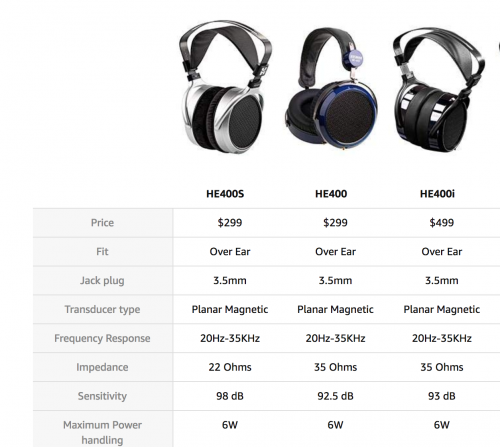 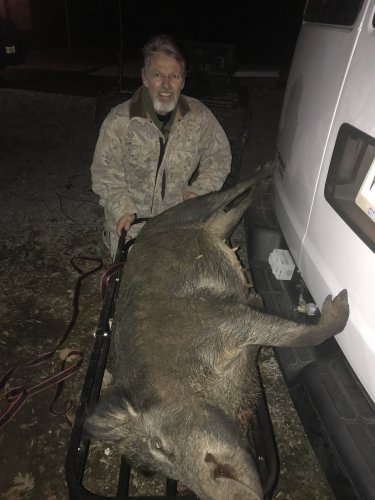 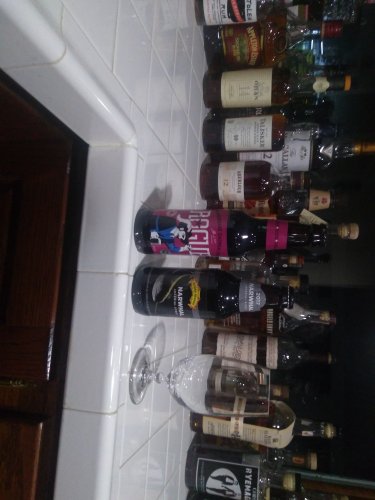 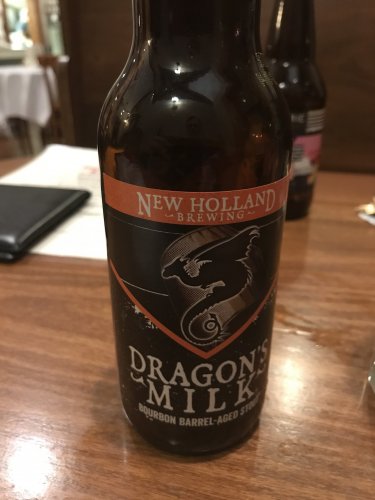 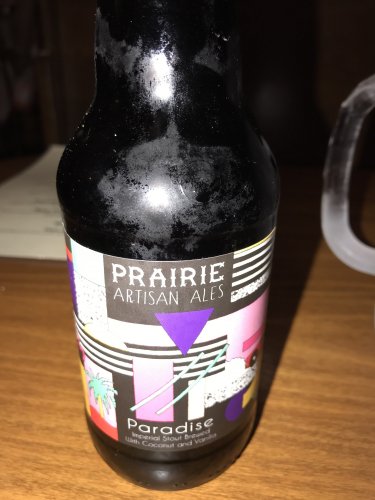 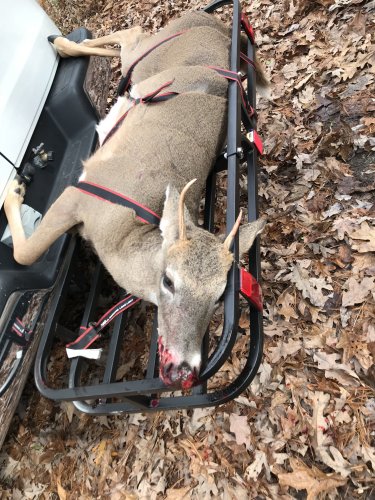 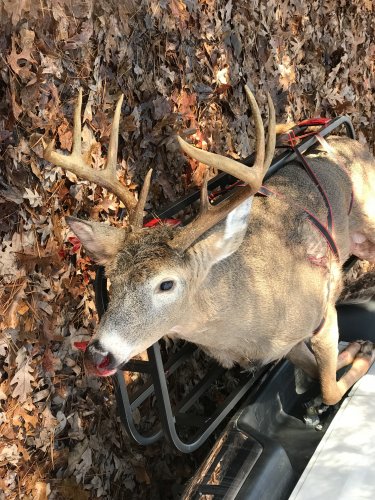 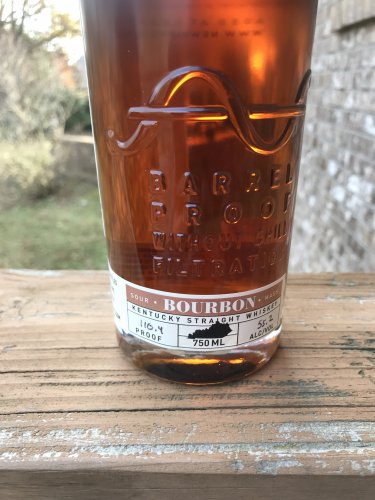 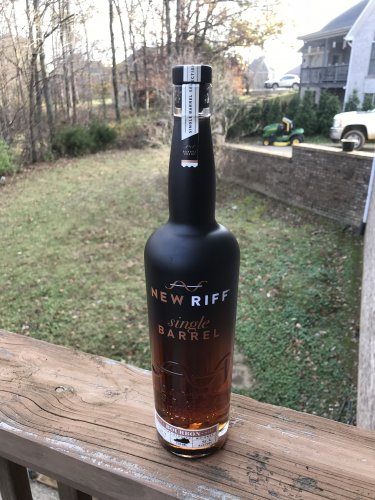 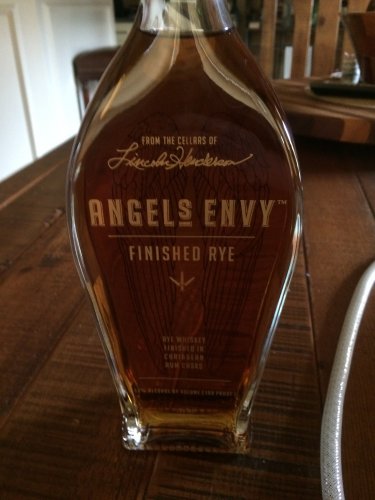 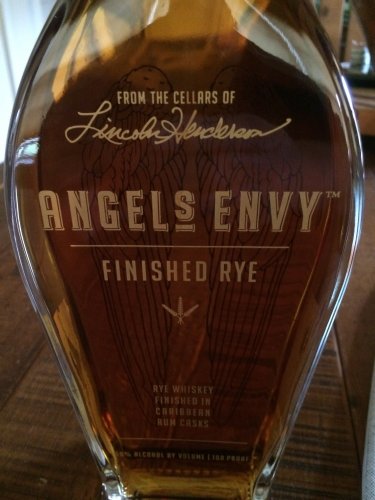 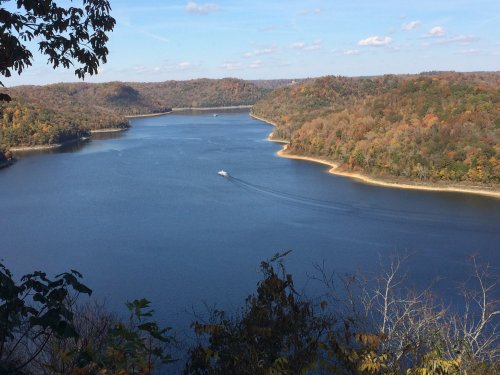 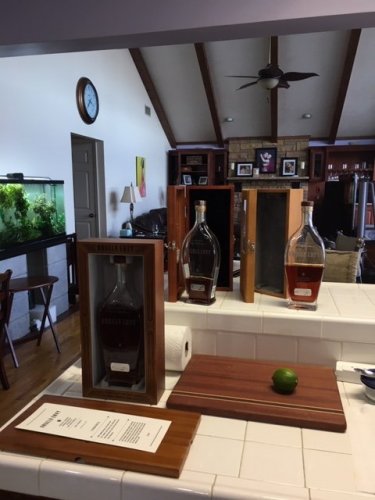 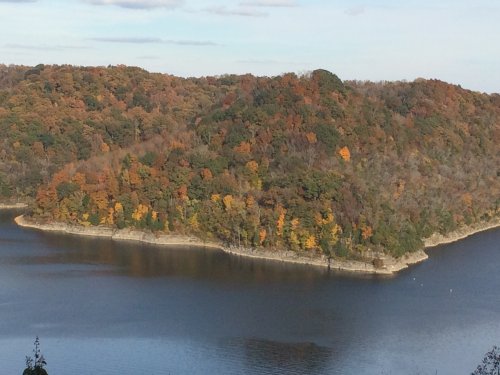 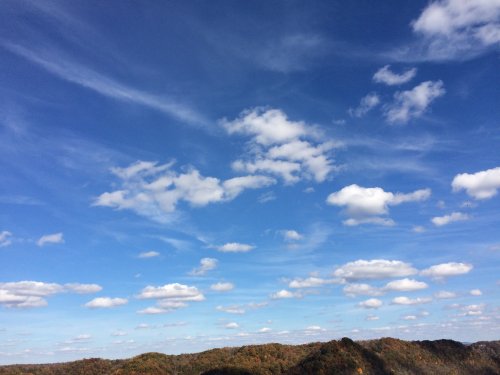 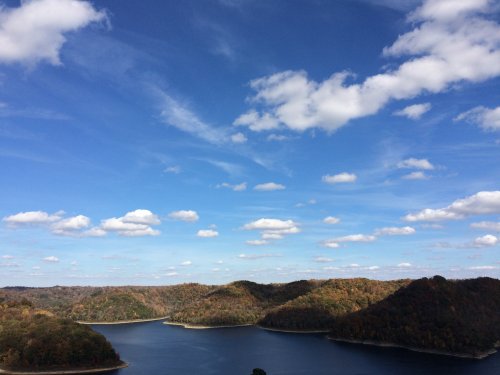 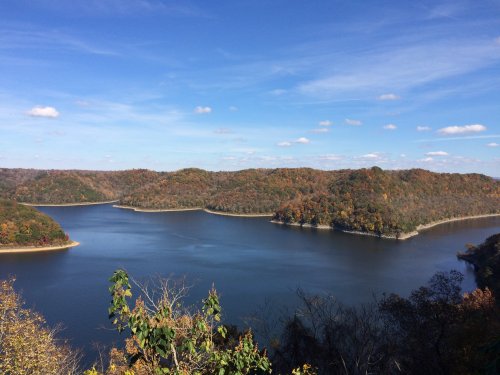 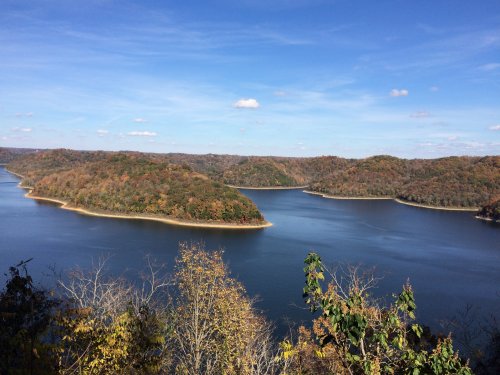 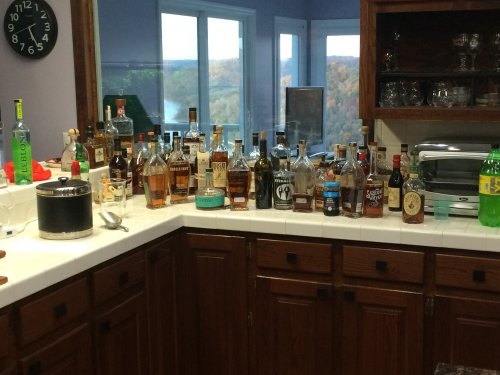 You are using an out of date browser. It may not display this or other websites correctly.
You should upgrade or use an alternative browser.
Nashville Mini-Meet Impressions -- Nov 3, 2018

Dick,
were you sippiing on some pappy as you were smoking.
I'm in San Jose, http://teskes-germania.com/ so yes a german restaurant.

You should come over for cigar and dinner.

Aha - decent!
They must contract folks to bring in their boar kills - the same as happens in Germany including male & female deer that are delicious.
Yes, they do have different flavor ... the female is more mild / less gamey.

I'm not sipping Pappy with the cigar, but it's looking at me from across the room and winking.

We need to plan a get-together, for sure.
Safe travels, my friend

An interesting menu from several German regions + even outside Germany ala California style.

It's cool they actually make Schnitzel from kalb and not only schwein.
That counts a lot ... many German restaurants don't even do that anymore.

I'm missing the soups! Need a good, peppery gulaschsuppe served at 200F mit schwarzbrot.
I would order as follows: the kartoffelpuffers and then paprikagulasch (since there's no gulaschsuppe HA).

Or, just go for the haxe and a few pils

I love menus ...
It's also interesting they have leberkase on the menu! That is not very well-known, outside of Germany.
Also contains no liver, despite the name of the dish.
MacBook Pro/JR23 -> Wywires Platinum USB -> Gungnir MB -> Bryston BHA-1 -> Wywires Platinum XLR -> HD800 / LCD-4

Dick,
They make a specialty soup daily that is included with the meal, yesterday was a beef consume with pancake stripes, waitress said it is popular in southern germany, she has a fairly strong german accent. They have liters of a doppelbock, thus that is my drink of choice.
I've only eaten here twice, and you are making me want to go back again tonight and get the gulasch

Sure, why not? Did you try the wild boar sausages? Sounds yummy.
Can't go wrong with doppelbock, that's for sure. Germany and Belgium make the best bier in the world, IMO.
They have a nice bier menu and the place looks delightful. The bier garden is decent ... enjoy!
MacBook Pro/JR23 -> Wywires Platinum USB -> Gungnir MB -> Bryston BHA-1 -> Wywires Platinum XLR -> HD800 / LCD-4

I had the jaegershnitchzel last time I was here and it was amazing. Today I just had paprikagulasch, which was also amazing. With my travel I've eaten German food at several restaurants, and I think this is the best German restaurant I've been to.

Aah, good to hear. It's hard to beat a good gulasch!
It's quite nice as a soup, as well. Many places around Saxon-Anhalt and Saxony serve that soup.

FYI, at the Bluegrass meet, we decided to set our next meet to June 1.

Ok what’s the deal w Irish whiskey
What’s different what’s better or worse??
Just before St patties day I was getting some
Artesian Prarie stout the one I love is paradise
Anyway they had samples of Bushmills Irish whiskey original and red
Original was a little plain but very very smooth
I bought a big bottle that was on sale
Cans; Audez’e LCD-X
IEMS; Etymotic hf5
Amp/DAC; Chord Mojo

jr4jc said:
Ok what’s the deal w Irish whiskey
What’s different what’s better or worse??
Just before St patties day I was getting some
Artesian Prarie stout the one I love is paradise
Anyway they had samples of Bushmills Irish whiskey original and red
Original was a little plain but very very smooth
I bought a big bottle that was on sale
Click to expand...

My brief understanding of whiskeys, Scotch whisky is made scotland, malted barley with variance in quantity of smoked peat. American Bourbon is corn based, American whiskey is really any whiskey made in US but doesn't qualify as Bourbon. Irish whiskey doesn't really have any strict rules, it tends to be made with unmalted barley mixed with other grains.
With that said, i rarely drank irish whiskey in my life, so not much experience, though i'm happy to share my collection of other whiskeys.

I've had Bushmills. The black Bush is very tasty & smooth.
My house father at Delta Chi Purdue was an Irishman and it was his favorite.

I've also had Jameson 18-yr that was uber-fine.
My old company gave us gift certs for Christmas one year.
Annette and I went to the Irish Pub across the road and I ordered a free shot ... the only time I ever drank a $25 shot.

Dick,
You are making me want to explore irish whiskey, i've rarely had any.

And i know this is kind of completely off topic, i've had people express interest to see inside my dynahi box.
Thus here it is, noting this build was about 15 years ago. The power supply is in the other box, that i normally keep on the floor. 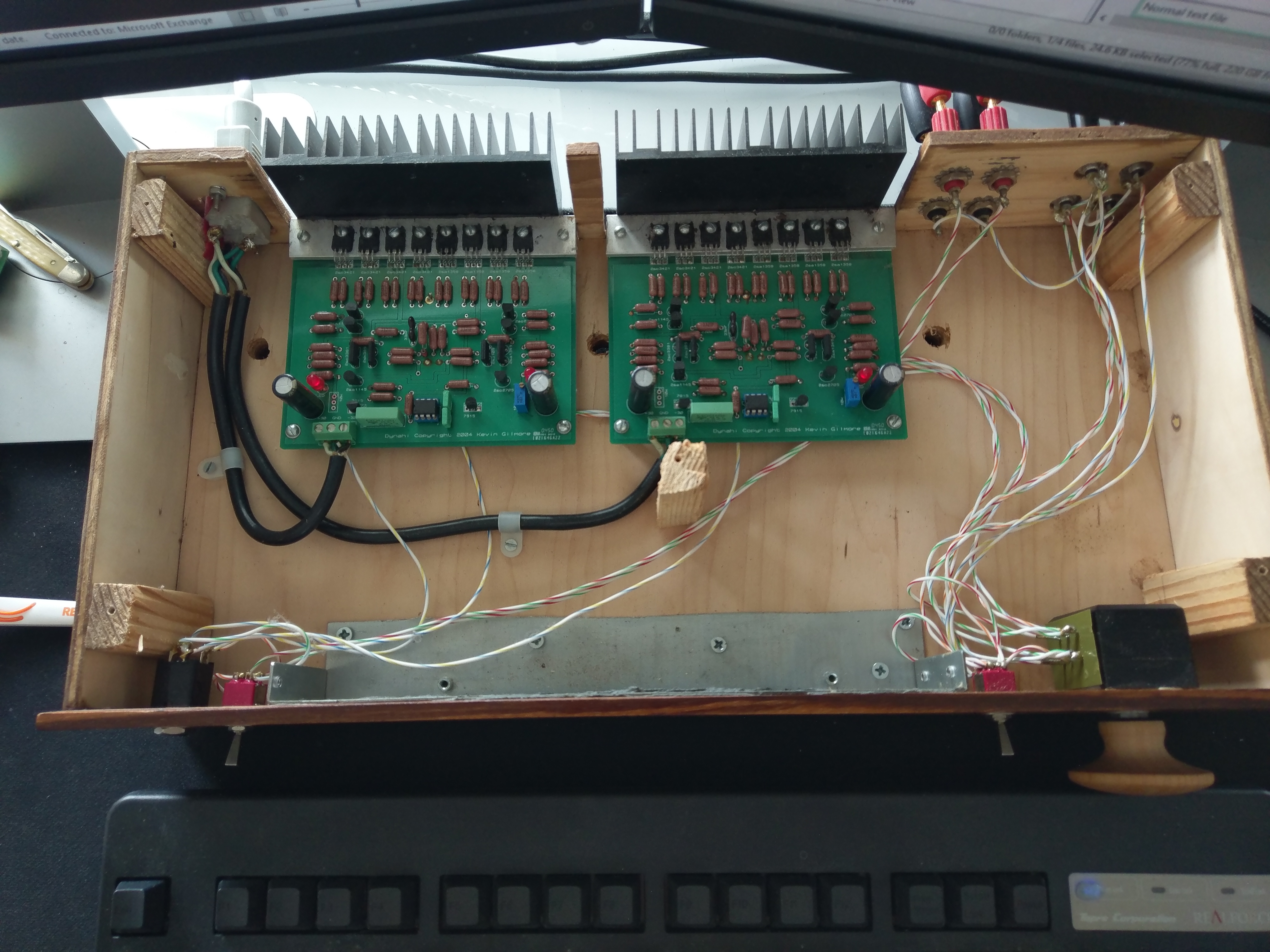 Very nice! I bet that was a fun project, Tom.

Here is some info regarding Irish Whiskey, from Wikipedia (of course):
"Peat is rarely used in the malting process, so that Irish whiskey has a smoother finish as opposed to the smoky, earthy overtones common to some Scotches."

"Irish whiskey was once the most popular spirit in the world, though a long period of decline from the late 19th century onwards greatly damaged the industry. So much so that although Ireland boasted over 30 distilleries in the 1890s, a century later, this number had fallen to just three. Irish whiskey has seen a resurgence in popularity since the late twentieth century, and has been the fastest growing spirit in the world every year since 1990. With exports growing by over 15% per annum, existing distilleries have been expanded and a number of new distilleries constructed. As of August 2017, Ireland has eighteen distilleries in operation, with at least a further sixteen in the planning stages. Only six of these have been operating long enough to have products sufficiently aged for sale, and only one of these was operating prior to 1975."

It might be interesting to pay attention to what's happening in Ireland!
I personally am not a fan of peated Scotch whisky ... to earthy for my taste.

Here is a cool gift idea, right up our alley should I say!

kilkil said:
Irish whiskey doesn't really have any strict rules, it tends to be made with unmalted barley mixed with other grains.
Click to expand...

It's actually a very interesting story, more complicated than I had imagined.