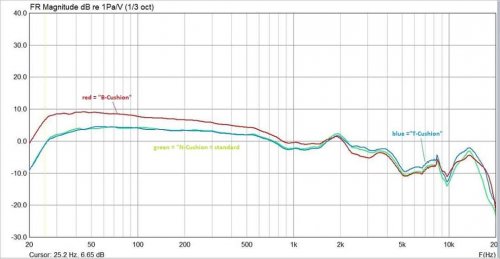 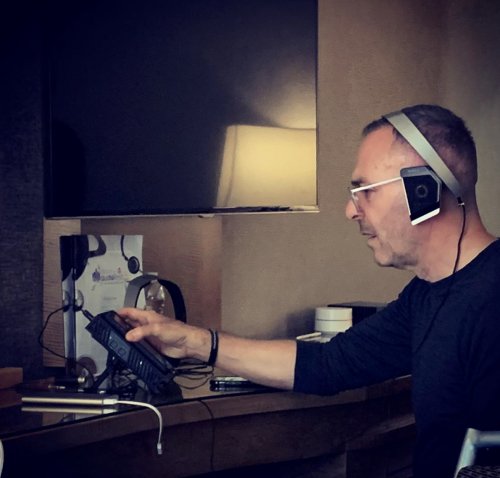 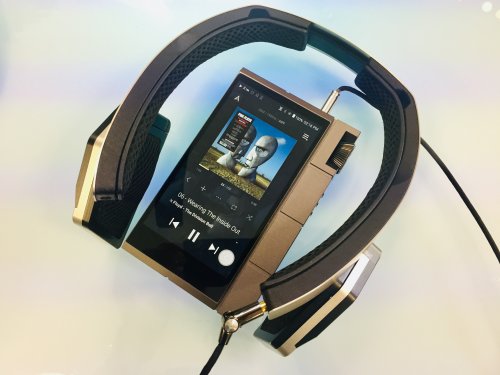 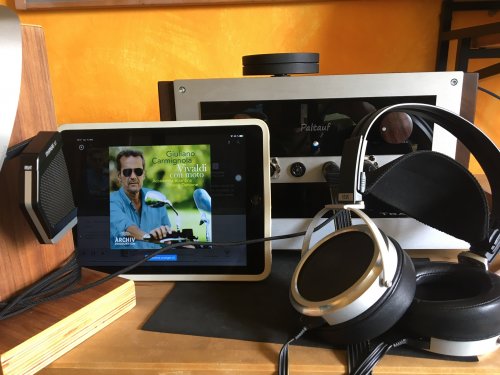 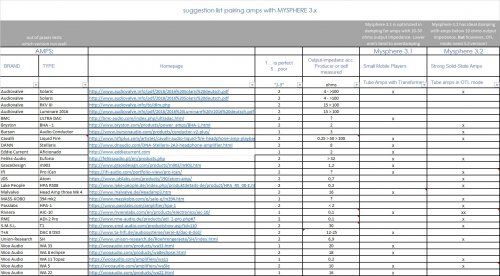 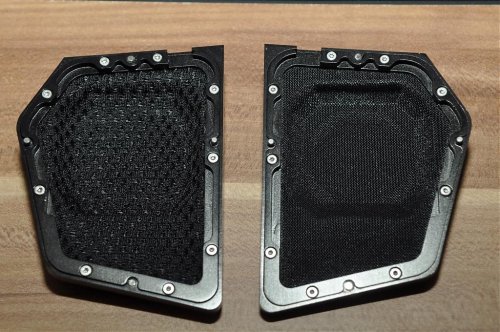 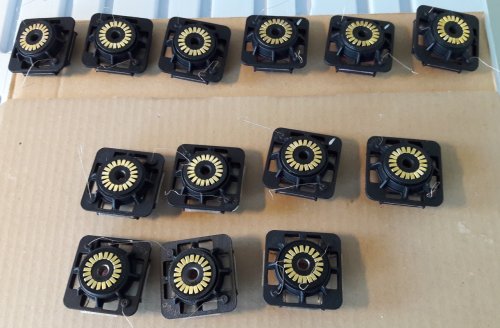 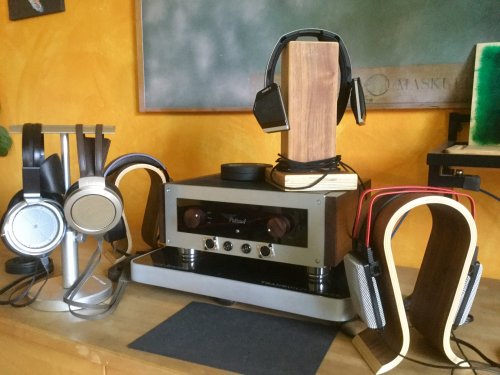 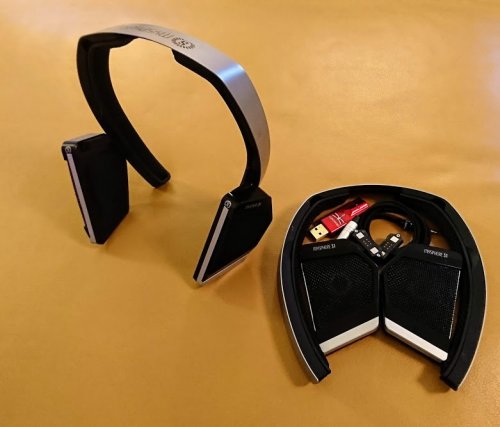 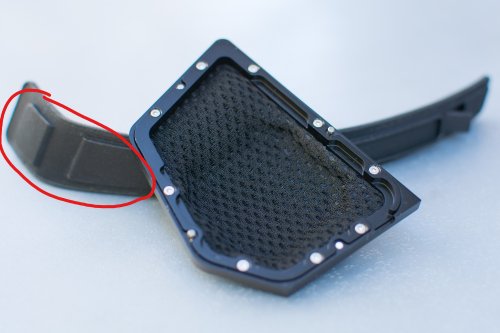 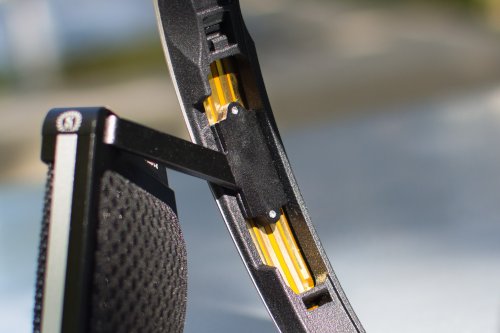 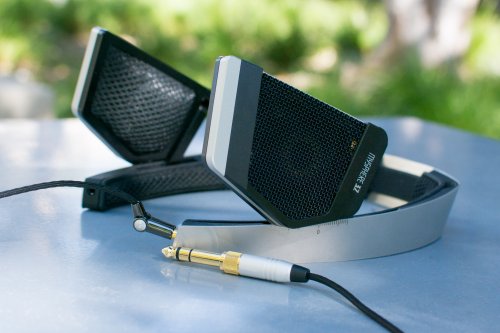 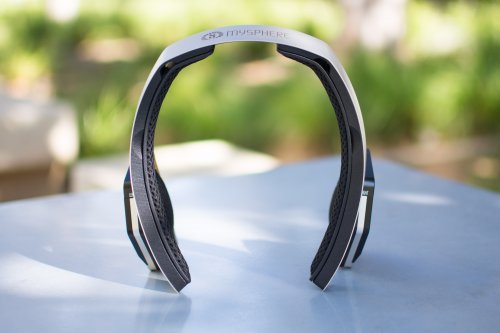 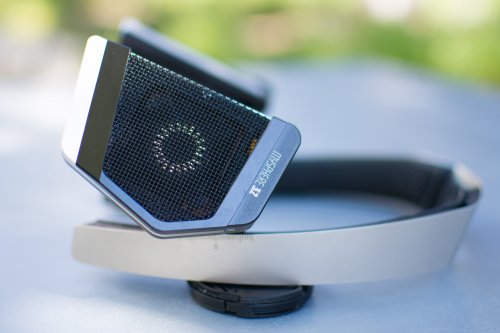 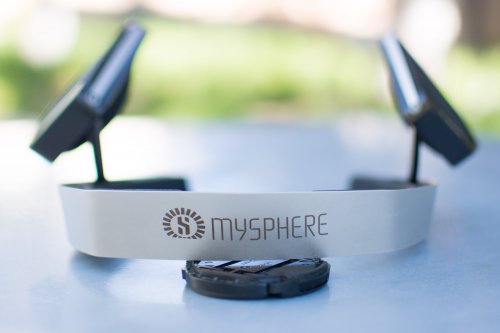 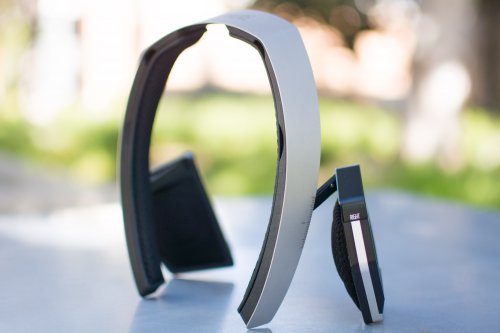 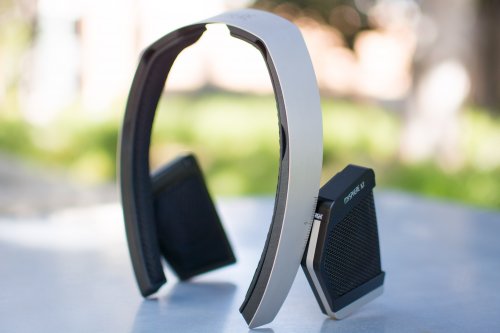 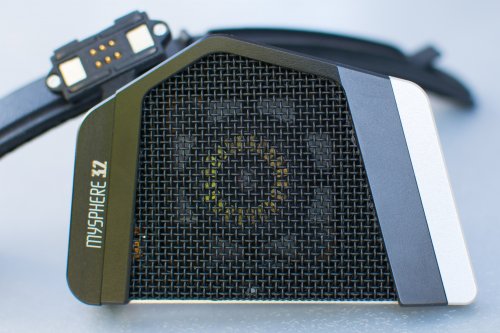 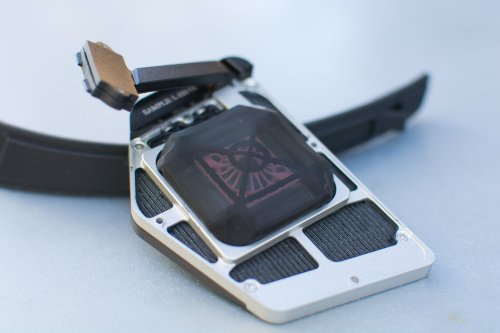 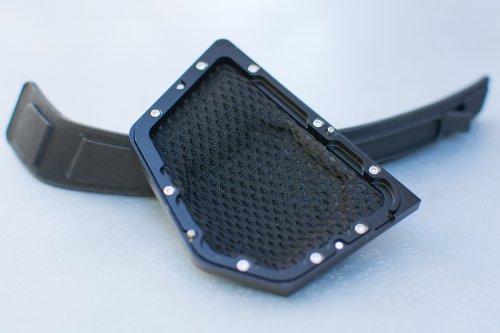 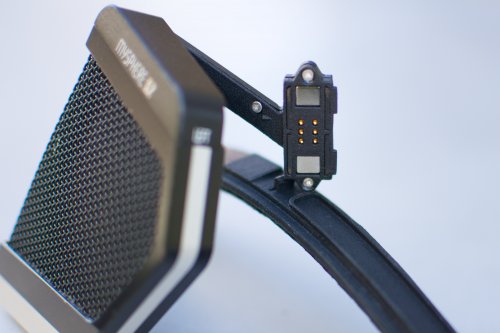 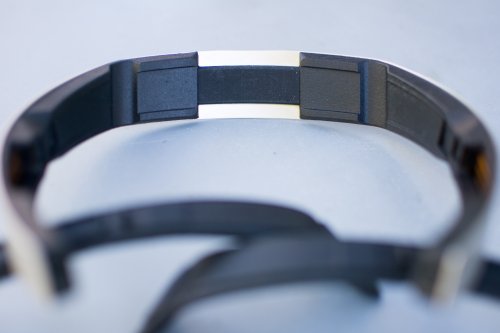 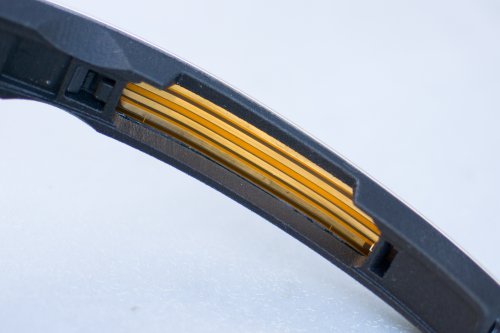 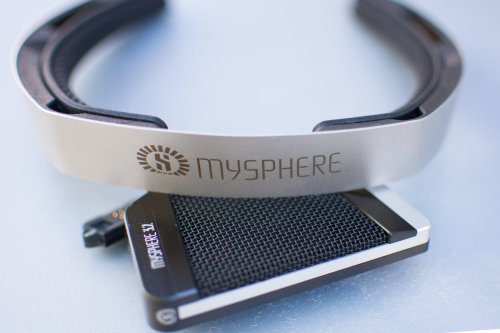 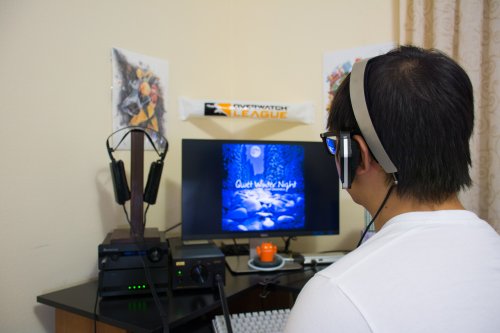 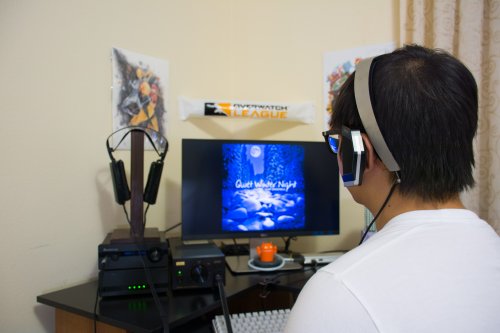 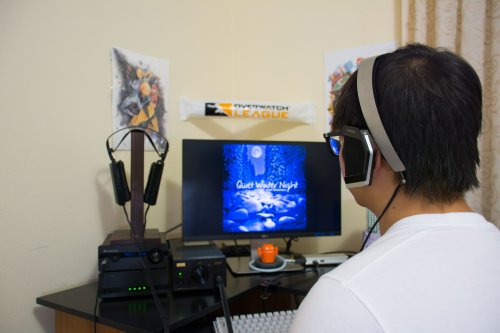 Make it really sense to discuss THD levels of Sound in the range of 120dbSPL?
All what I learned in the past explain that the human ear distort already so much...
Br heinz
Heinz Renner
Share This Post
Reactions: ruhenheiM, Dobrescu George and Matrix Petka
post-13884146
Post #633 of 1,092

hrklg01 said:
About additional equalizing:
A dynamic system has the maximum membrane excursion at the fundamental resonance which is 50Hz for Mysphere 3.x
Below the excursion is not less, but the SPL reduce because the air has to be accelerated at the same level if the same SPL is wanted.
(This is true for totally open systems only!)
This lead to the fact, that if additional EQ is used, the max. excursion will be exceeded once.
So additional EQ-ing at very low frequencies is fine, but not when high SPL is wanted.
BR heinz
Click to expand...

Would be nice if this context could be explained elsewhere too
The be sort of a Sonoma with all the advantages of a (trans)portable Mysphere is not a bad sweet spot to be in.

hrklg01 said:
Make it really sense to discuss THD levels of Sound in the range of 120dbSPL?
All what I learned in the past explain that the human ear distort already so much...
Br heinz
Click to expand...

No, Heinz! Like others (as it seems) I'm just interested in the distortion figures after equalizing down to 20 Hz at normal listening levels.

JaZZ said:
No, Heinz! Like others (as it seems) I'm just interested in the distortion figures after equalizing down to 20 Hz at normal listening levels.

To explain my concern a bit further: My HD 800 responds extremely well to equalizing, which effectively lifts it two classes higher. The same doesn't seem to apply for the HD 800 S according to Inner Fidelity's Tyll Hertsens – due to its higher THD level at low frequencies reaching up to ~7.5%, and this at 100 dB (!). So the Mysphere with its THD of almost 10% at ultra-low frequencies already at 90 dB (!) is a candidate for being less suited for equalizing the lowest octave. Of course I'm hoping for the opposite.
Click to expand...

BUT: As others already wrote, Human do not recognize distortions well coming from low frequencies....That's just a reminder that those effects should be tried and not interpreted potentially wrong using tables only. Also it's big difference if we talk about K2 or K3 because: asymmetric distortions does not pain human much (example a violin), but symmetric distortion are not welcome and mostly annoying.

So what I suggest is:
I create a table applying using Mysphere 3.1 the requested voltage so, that at all frequencies on the artificial ear it reach 1 PA (~94dBSPL] - the corresponding K2 + K3 will be listed.
Would this be fine for you?

Yes, Heinz, and that's more than I would have expected.

hrklg01 said:
Here is a list about maximum voltage [RMS] usable for Mysphere 3.1
For all the "EQ-gamers"

Please understand that this list of voltage shows only the capability of Mysphere to be applicable to play in a technical safe mode for the product.
This voltage does not mean to be applied for any long listening session because of potential hearing damage!
The voltage are RMS = mid value ofa sine frequency. Impulses can be applied with higher voltage....
KR heinz I am astonished that the lowest permissible input voltage is at 160Hz. But if one stays at 105db peak levels (close to maximum at a classical concert) one could could get pretty much a flat frequency response to below30Hz! That is much better than most loudspeakers and no room frequency dips!
Last edited: Nov 30, 2017
Share This Post
Reactions: Matrix Petka
post-13884769
Post #638 of 1,092

You are right...
But you have to understand that most people using speakers like the additional effects of:
1) body sound coupling and feeling
2) the additional room resonace effect
So, Yes we are happy with the result as it sounds clean and correct, but we shall be fair to speakers at the same time.
KR heinz
Heinz Renner
Share This Post
Reactions: Matrix Petka
post-13884840
Post #639 of 1,092

I am very interested in speakers and I am developing my own drivers (bending wave) and for me it is a more natural way of listening to music but if one wants to really hear the details of a recording good headphones can make that far more possible (and one can find out how many recordings are simply bad).
Last edited: Nov 30, 2017
Share This Post
post-13894933
Post #640 of 1,092

Thank you for the idea!
Ok, I'll give you a kind of table of maximum voltage to be applied for a series of frequencies...
Please give me some time!
Mille Grazie!

Hi - now here is the list of THD values in case the Mysphere 3.1 would be equalized to 94dB SPL ~ 1Pa at all frequencies: (the measurement is made on artificial ear simulating typical human ears - whatever this mean 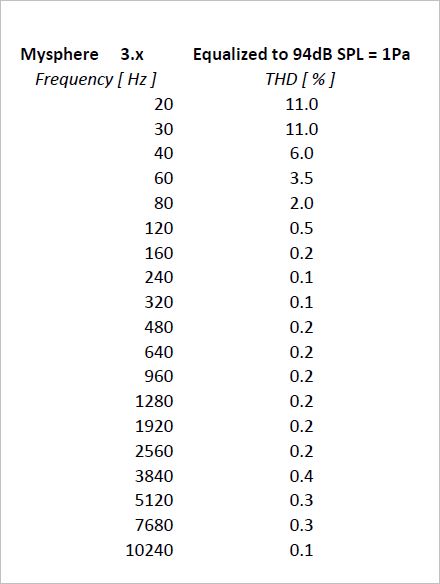 bosiemoncrieff said:
Oh wow I didn't realize we had two models! What are their main differences?
Click to expand...