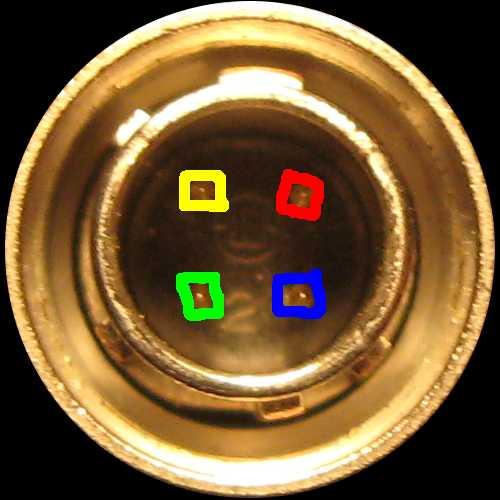 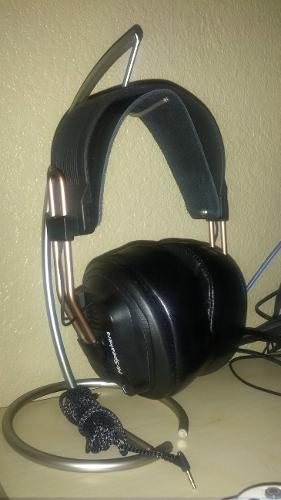 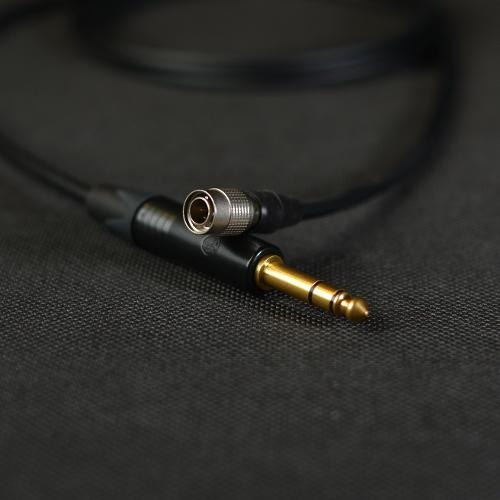 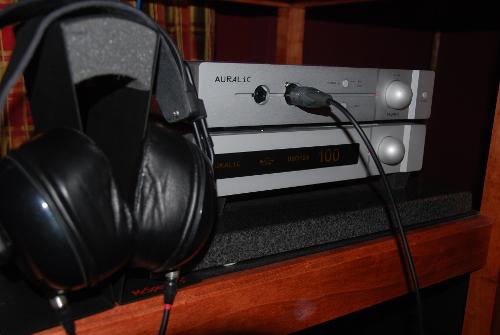 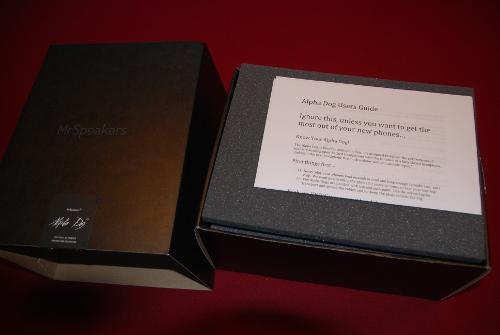 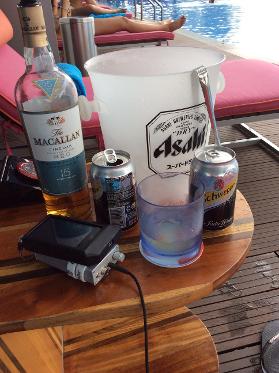 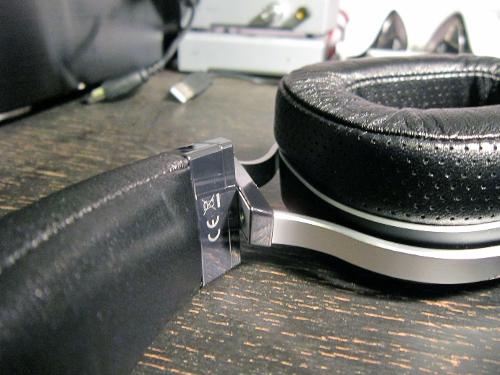 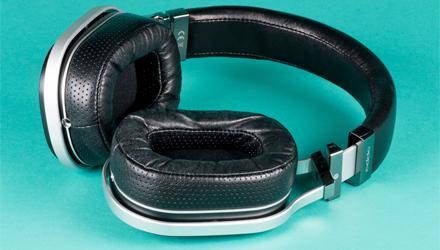 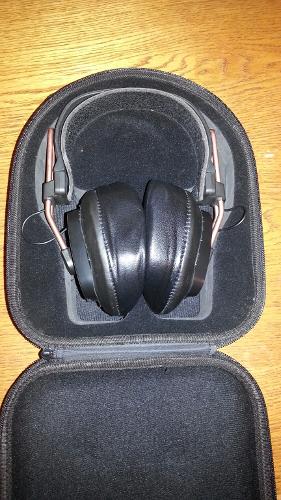 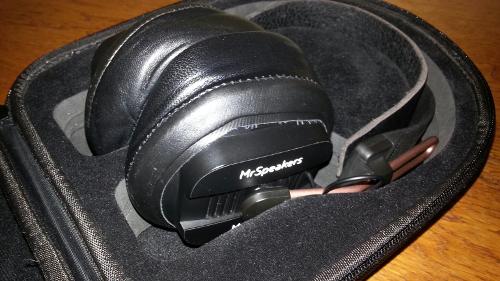 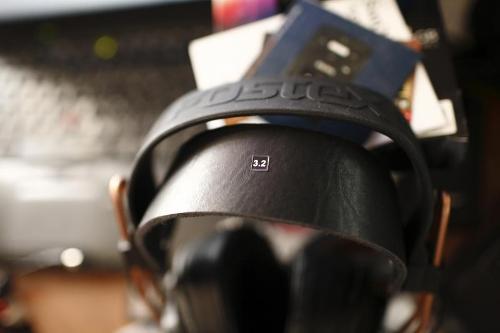 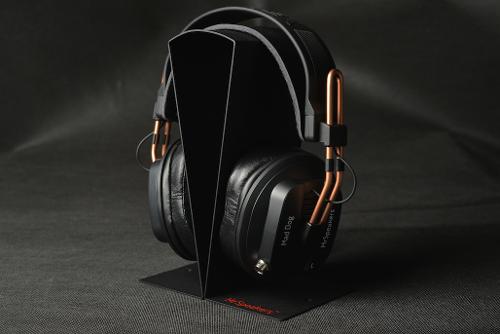 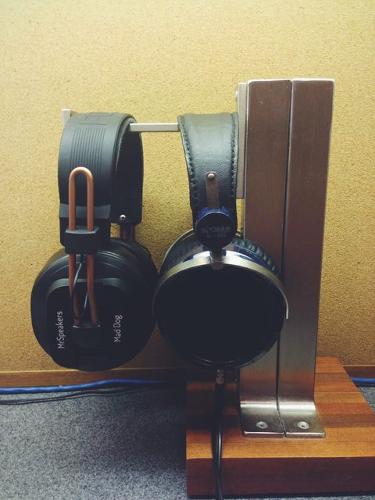 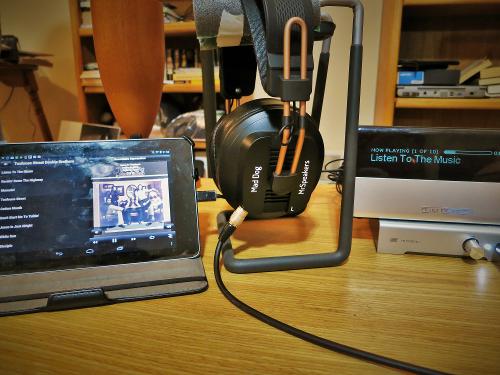 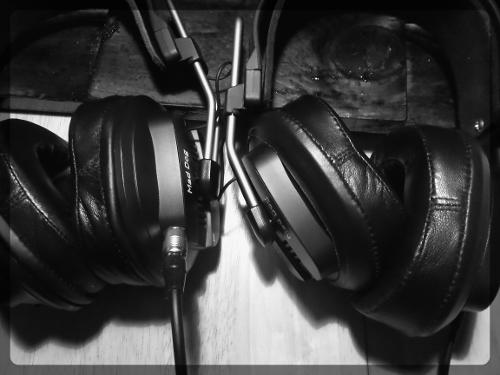 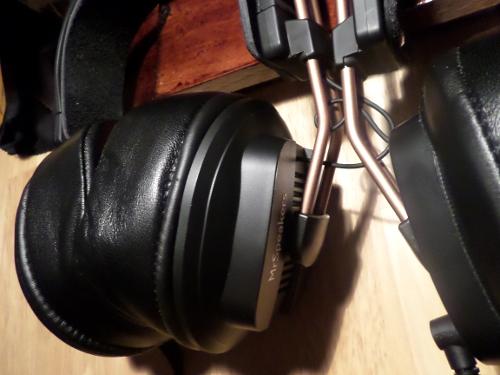 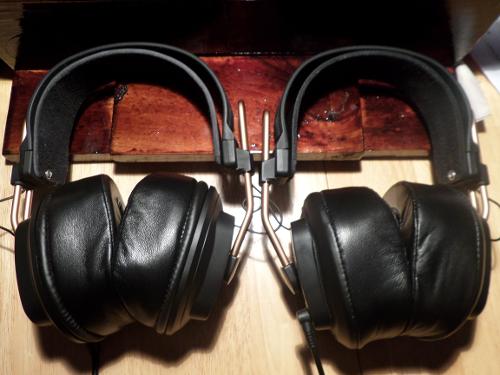 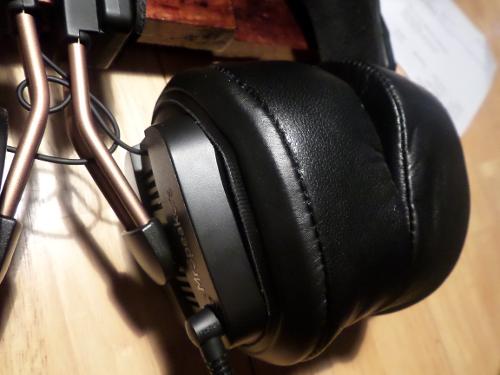 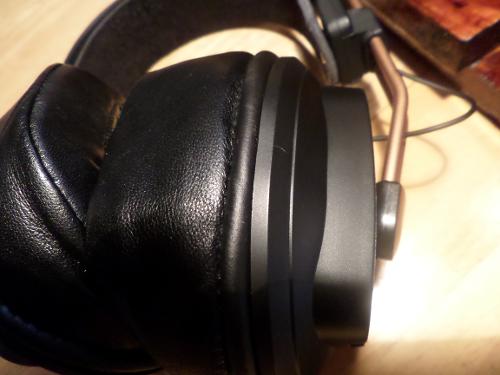 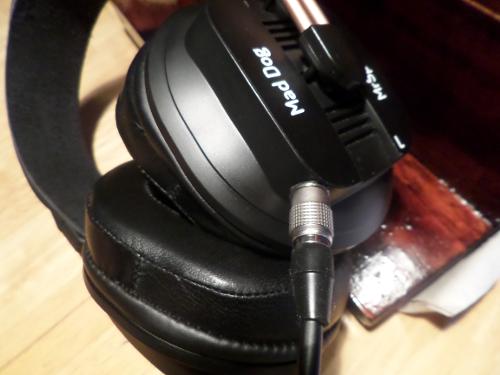 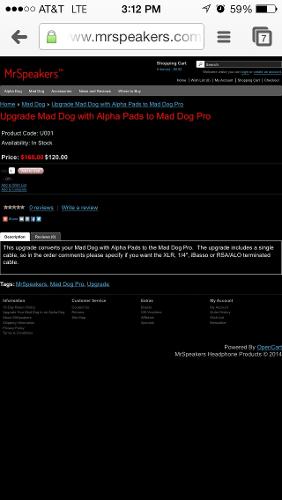 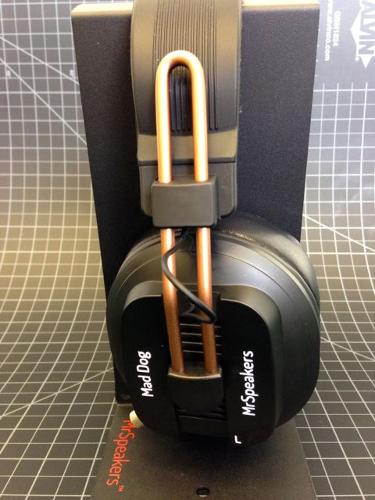 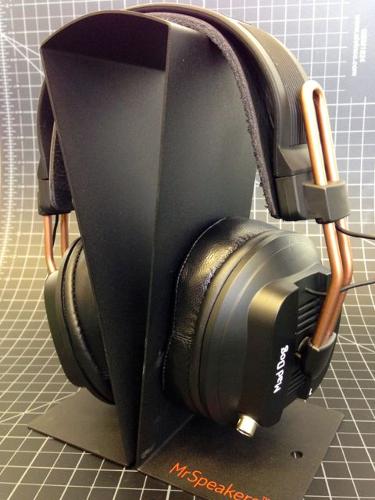 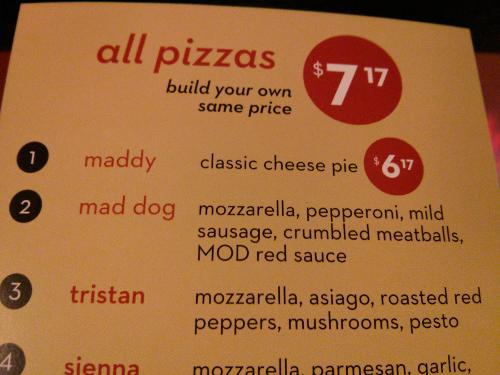 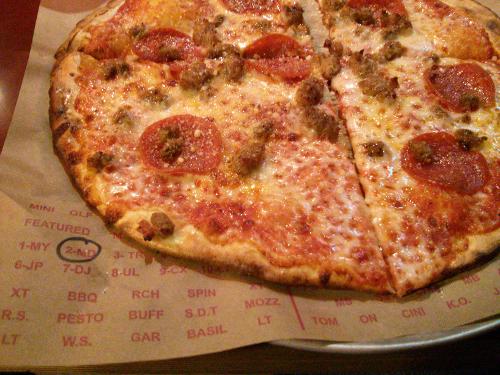 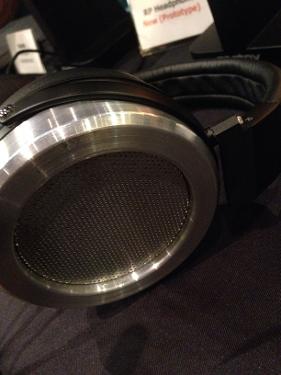 See full thread gallery...
You are using an out of date browser. It may not display this or other websites correctly.
You should upgrade or use an alternative browser.
**MrSpeakers Mad Dog: Impressions and Discussion Thread**

For obvious reasons, I'd like to start a thread to discuss impressions and findings about the Maddog by Mr. Speakers. I'll start this off with a pic of my very own... I'm on the current build 3.2. Let the discussion about the MD begin.

I wanted to share that I've been listening to the new Daft Punk album today. Good grief the sub bass hits well on the MD's. I really appreciate how the MD is able to reproduce bass on a linear level. It seems to get punchier and deeper as the material calls for it.
Semi retired from HF...not responding to PM's.

Interesting.. not sure why the other thread was locked. Either way, I'm a proud owner of the MD 3.2. They sound great so far, and I am really starting to warm up to the more forward presentation. Since the purchase of my MD's, I have sold all my mid-fi headphones that I used to own. The MD's fit the bill for me and I use them daily when working and doing school work. Surprisingly, the M-Stage is quite good with the MD's. I'm upgrading my B22, so for now, the M-Stage is keeping the MD's company. Really enjoying the combo.

nam3less said:
Suggestion: link to the other thread in the OP so people can reference/read/etc.
Click to expand...

nam3less said:
Suggestion: link to the other thread in the OP so people can reference/read/etc.
Click to expand...

greed said:
Interesting.. not sure why the other thread was locked. Either way, I'm a proud owner of the MD 3.2. They sound great so far, and I am really starting to warm up to the more forward presentation. Since the purchase of my MD's, I have sold all my mid-fi headphones that I used to own. The MD's fit the bill for me and I use them daily when working and doing school work. Surprisingly, the M-Stage is quite good with the MD's. I'm upgrading my B22, so for now, the M-Stage is keeping the MD's company. Really enjoying the combo.
Click to expand...

I'm not sure why the closure either. Good to hear about the M Stage. I've been keeping my eye peeled for a nice lower tier balanced amp/DAC. I have the ibasso PB2/DB2 combo, and a Centrance HiFi-M8 on the way. I know Matrix has the quatro, which uses the odd man out 2 x 1/4" TRS. Otherwise, the Audio-GD NFB-10xxx. If one goes up from there, the Schiit Mjolnir seems the sensible choice.

My MDs are back with Mr. Speakers to be brought up to 3.2 and the final balanced configuration. Mine were an early balanced prototype. I can't wait to get them back.
Archived Feedback

To echo my general feelings about the Mad Dogs since upgrading to my HE-6's...

Even though I've found out that the Mad Dogs signature isn't my favorite, wanting a little more treble attack and definition, the general qualia of the Mad Dogs is just one of sweet comfort. I plug em in, put them on, and play something, and I stop worrying about anything else. Having both capable planarmagnetic drivers and a fairly linear representation up until the treble roll-off makes it a pleasurable easy-listen headphone, and the comfort of the pristine alpha pads just seals the deal (no pun intended). It's a sit-back-feel-good headphone.

The HE-6 is the opposite in this regard, where its more engaging, detailed, and tactile  presentation call me to attention. It's difficult to NOT analyze what I'm hearing since whenever I put them on, I put them on knowing they're a flagship, that they're supposed to be flawless, and there's an expectation that I'll be "blown away". It's probably because I'm still getting used to them, and perhaps later down the road I'll be able to relax a little more, but for now, I can never listen to music that I want to listen to. I want to listen to the headphone. I believe it was aamefford who voiced himself similiarly in the last MD thread that the MD lets you just listen to the music, and I agree wholeheartedly. I know this is absurdly vague, but it is my thoughts nonetheless.

Throw on some great isolation with the comfort, and you have yourself an ergonomic headphone that sounds great for what it is.
last.fm/user/vaed

Bad Trader.
Aka: One Punch Man

What happened to the other thread?
? => black.dragon => Layla

For those who might have an interest, the MD responds well to power from amps and I've found that it particularly likes my vintage receiver. Older receivers with lot's of juice that were meant to drive orthodynamic hp's seem to pair really well with the MD.

This weekend I've been setup with vintage receiver>sacd>connected via IC's. Got some sacd's in on Friday. DSOTM: Pink Floyd , Beck: Sea Change, Diana Krall: When I Look In Your Eyes. The sound is fantastic!!
Semi retired from HF...not responding to PM's.

^^^ Mmmmmmm, Dark Side of the Moon on Mad Dogs..... Ahhhhh. One of the few "front to back listens" I've had time and privacy for recently was DSOTM. One of the best albums ever recorded, IMHO. I need to know more about SACD....
Archived Feedback

Glad to see the new thread.


Having also been in on the balanced prototype with Aaron, I don't actually have any balanced headphone amps, but I did use them with speaker amps (via the HiFiMan speaker adapter), and I still really enjoy them.  They can't handle as much power as the HE-6 (what can?), but they're certainly nowhere near the risk of connecting most dynamic cans to speaker amps.  I enjoyed them best out of my highly modded Dynaco ST-70, but they also responded well to a B&K EX4420 (I think that's the right model #).  An Adcom 5802 had a little too much juice, but at 350WPC @8Ω, who would expect otherwise.  While I can't say that the balanced-ready wiring is what's making a difference, I can absolutely say that it opens up a world of new amps you can use.  For one, if you had a vintage receiver with too high of an output impedance from the headphone out, you can now try it via the speaker taps (they sound great out of my Marantz 2270).

All that said, I'm listening to them right now out of a Schiit Magni - enjoying every second.

Arrived at "the show" early and got to spend time with Jason at the schiit table. Tried out the MD on the Lyr/Bifrost compared to my M/M stack. Noticeable improvement.
Click to expand...


By the way, I am stuck with a FiiO E10 ($50) this summer while I am in Cali, but it has no problem driving the Mad Dogs. The headphones sound excellent. I haven't done a direct comparison with the FiiO and the M/M stack but makes me curious if there is any noticeable improvement between those two. Just thought I would mention this tidbit in case someone is looking for a cheap amp/dac.

and thanks Mad Lust Envy for linking to this great song: https://soundcloud.com/syntheticepiphany/synthetic-epiphany-submerged

Just need to find where I can download/buy it.
You must log in or register to reply here.