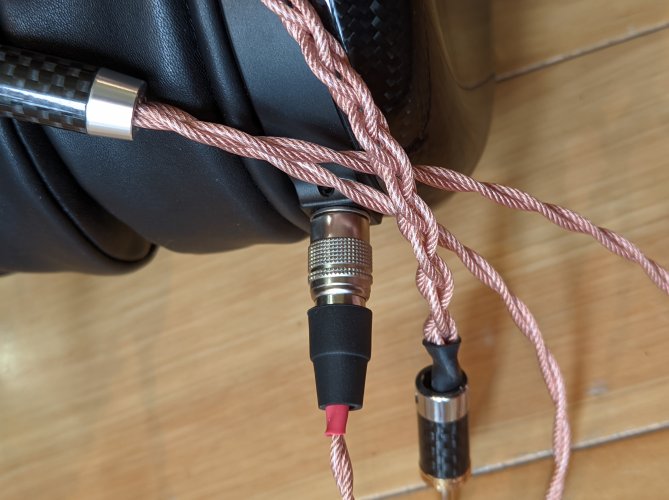 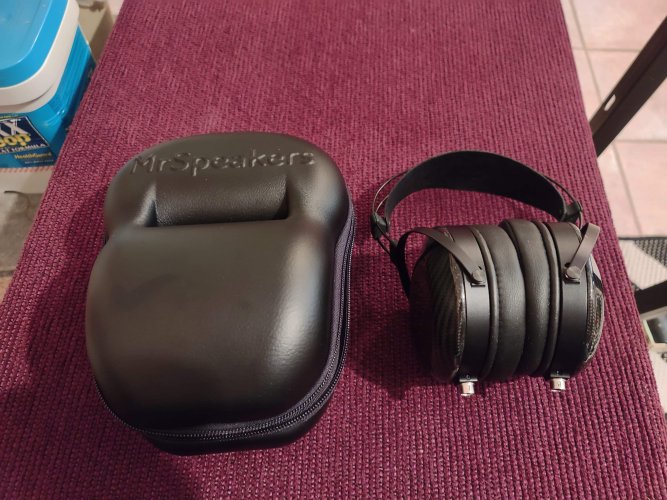 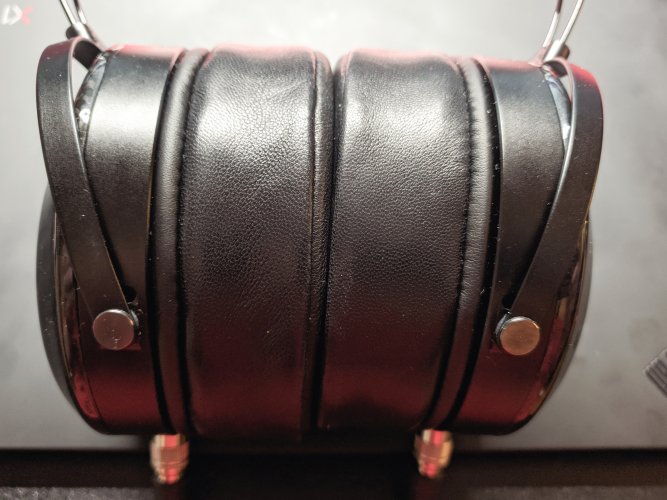 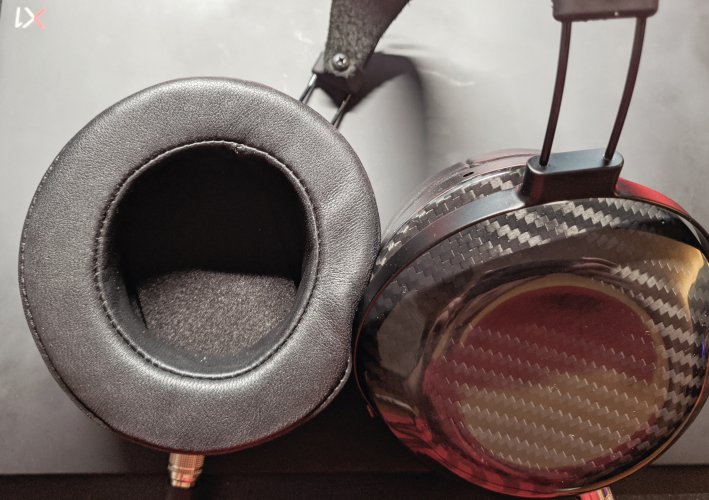 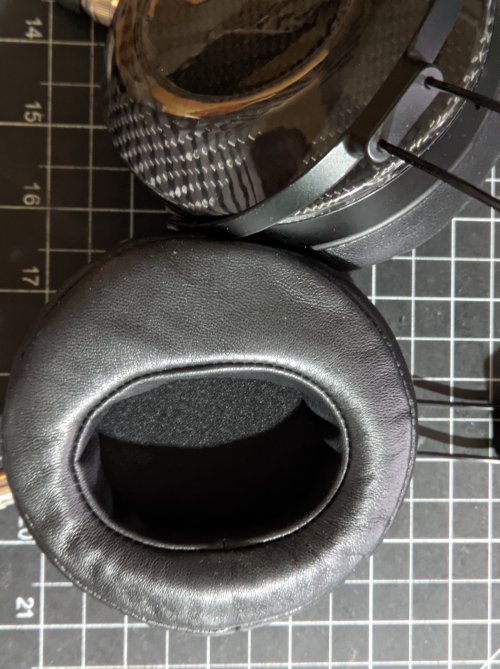 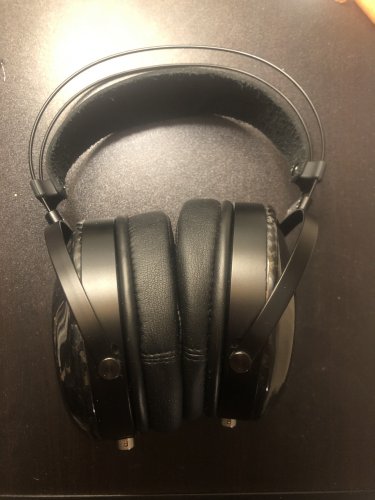 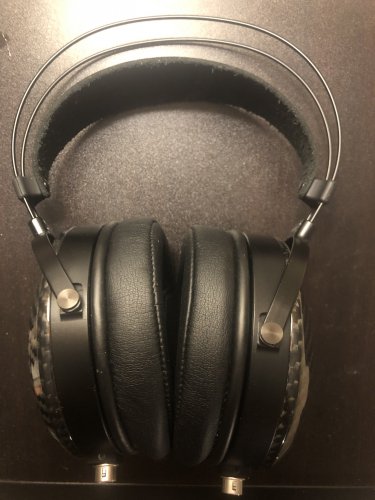 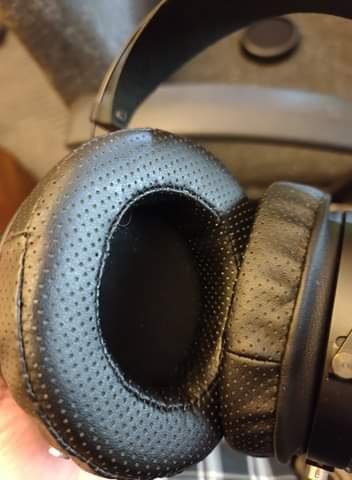 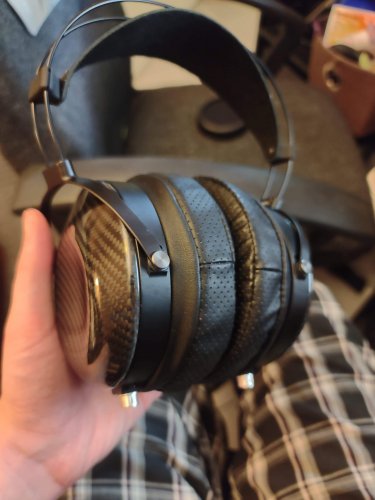 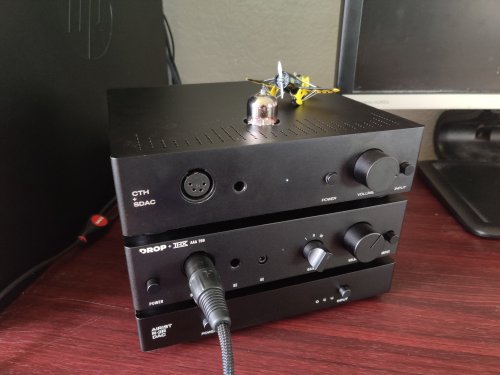 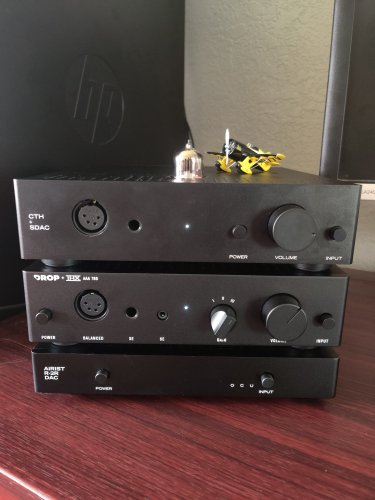 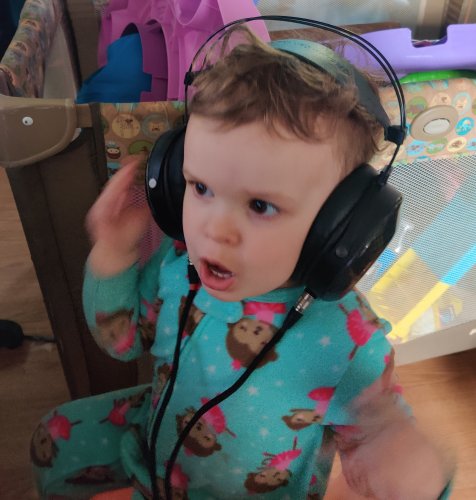 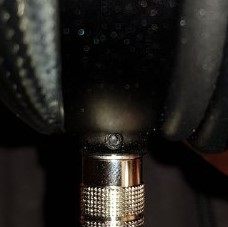 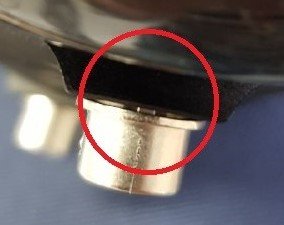 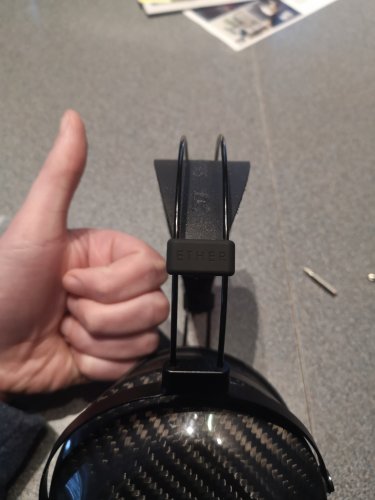 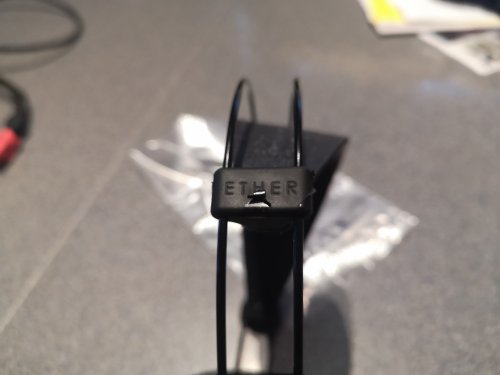 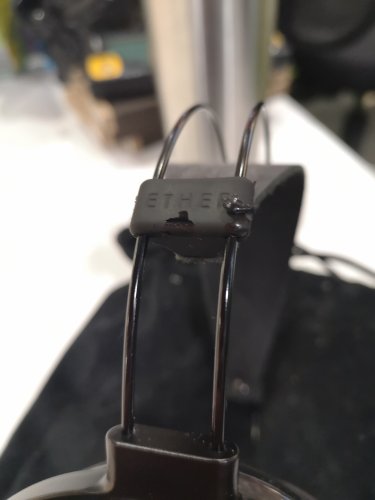 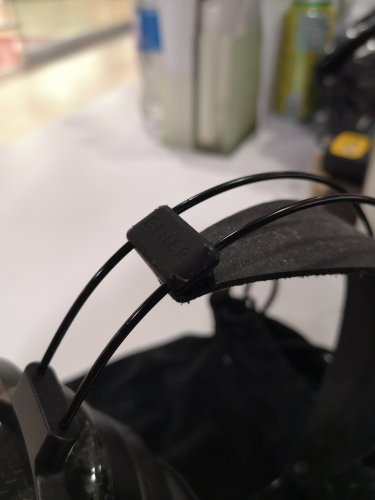 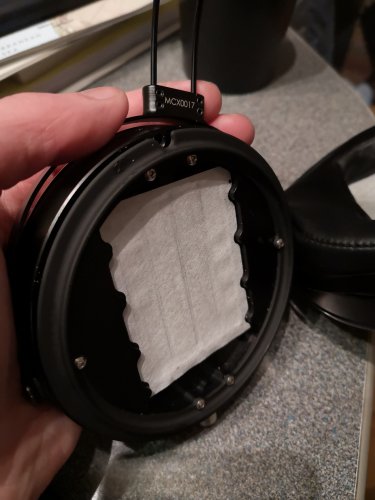 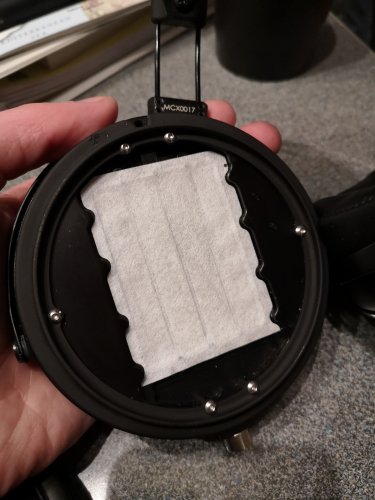 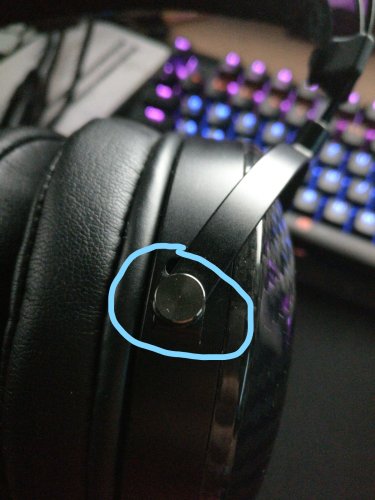 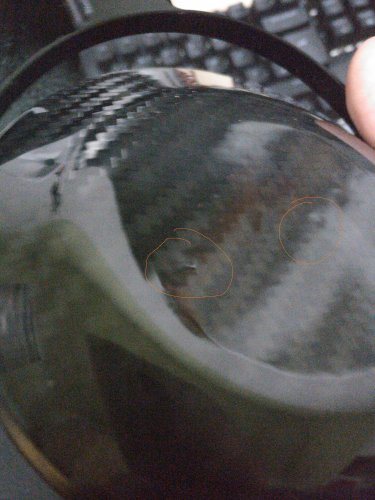 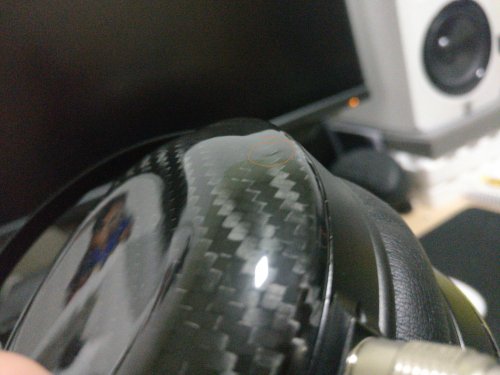 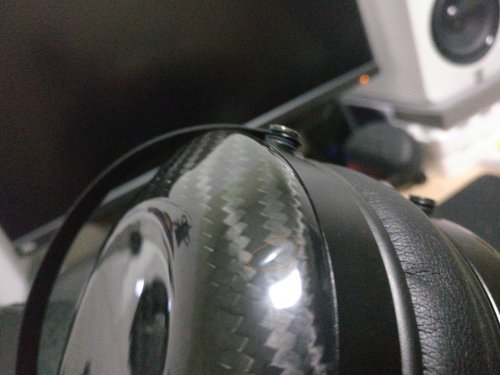 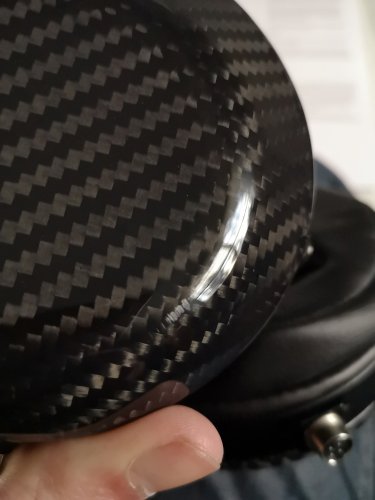 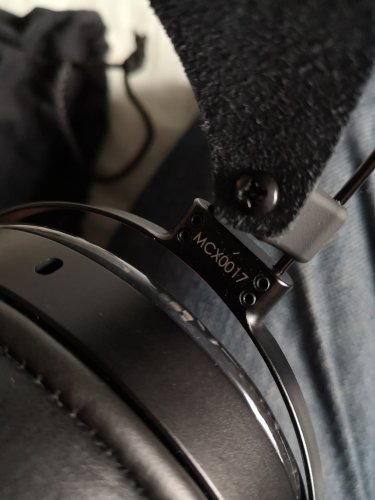 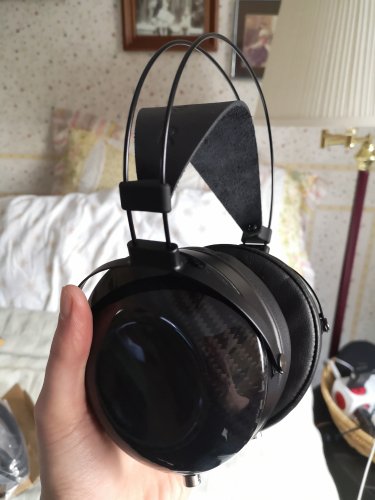 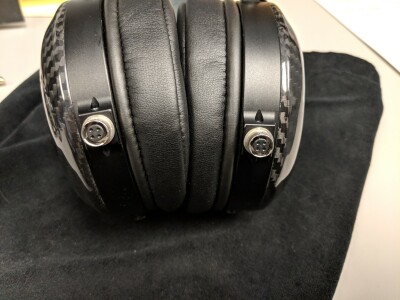 See full thread gallery...
You are using an out of date browser. It may not display this or other websites correctly.
You should upgrade or use an alternative browser.
MrSpeakers Ether CX - $899 from Massdrop

mrspeakers said:
If you are using the headphone out on the Topping, be aware it's very high output impedance and a very poor fit. I gather you're using as a DAC to drive the other devices, which are fine.

My guess is simply that you're hearing the difference the flow technology makes in microdynamics and micro detail. A softer pad potentially can absorb a bit more energy, so it may also relate to this. Lastly, burn in finishes around 200 hours, so depending on how hard you worked the burn in you may or may not be done...

It's always a bit hard to answer a question like "dynamics" because people do seem to hear dynamics differently. I myself don't notice too much difference in this regard, though I do give AFC a slight an edge in this department. Sorry the answer is vague...
Click to expand...

Will burn in the CX for a few more days...

I never use the DX7S headphone outputs... too high impedance. That’s why I pair it with the divine 789...

I would love to try different pads, but now several of us are confused... which exact angled and harder pad?
Wife: “How many headphones and earphones do you need?”
Me: “N+1”

mrspeakers said:
CX is a little shallower than AEON pads, but CX pads are interchangeable with our ETHER Flow pads, and you can use the Angled ETHER Pads to get more depth.
Click to expand...

This is what he said a while ago

Maelob said:
This is what he said a while ago
Click to expand...

Ordered the angled Ether pads. We’ll see what they sound like on the CX.
Wife: “How many headphones and earphones do you need?”
Me: “N+1”

jsmiller58 said:
Ordered the angled Ether pads. We’ll see what they sound like on the CX.
Click to expand...

Cool I am thinking of doing the same, please let us know how they sound.

Maelob said:
Cool I am thinking of doing the same, please let us know how they sound.
Click to expand...

jsmiller58 said:
Yeah... @mrspeakers , what angled pads should we try on the CX?
Click to expand...

Angled ETHER pads fit. Alpha pads do not. I think folks confused the answers... You *could* stretch an Alpha pad, it might fit, but not recommended.
MrSpeakers is now Dan Clark Audio, proudly hand-building and tuning headphones in San Diego, CA since 2012!

mrspeakers said:
Angled ETHER pads fit. Alpha pads do not. I think folks confused the answers... You *could* stretch an Alpha pad, it might fit, but not recommended.
Click to expand...

Yep, that's what I wound up ordering

What confused me was when I went to your online shop all I found were the angled Alpha pads. When I saw some of the other comments I googled the angled Ether pads and found them, on your site, through Google. All's good (though maybe you have an issue with what is displayed on your shop page, though again, it could have been user error on my part...??)
Wife: “How many headphones and earphones do you need?”
Me: “N+1”

Location
Down in the Tennessee hills

Voxata said:
Did the price change on these?
Click to expand...

Very small-$1 price increase. Is that what you are referring to?
Discovering synergy

Location
Down in the Tennessee hills

Voxata said:
No, thought these were cheaper for a few days.
Click to expand...

Damn-really? Can anyone verify this?
Discovering synergy

Very tempted to purchase but haven't seen one review for this but how does it compare to focal clear, or hd800?
Frankly, My Dear, I Don't Give a Damn.
​

baiyy1986 said:
Very tempted to purchase but haven't seen one review for this but how does it compare to focal clear, or hd800?
Click to expand...

Well it's half the price and closed back, for starters.

I have been using this for about two weeks now so I will post my newbie review.

DISCLAIMERS: I have them plugged into atom/modi3. I do 99% of my listening with spotify premium. Take my impressions as you please.

I only need 9-12 o'clock on low gain with the atom depending on the song and my mood.

Bass is deep if you get a good seal. Compared to the elex, CX bass decays faster and reaches deeper. Elex sounds thicker and punchier with more of THWUUM while the CX is a quick solid THUD.
I have the mobius so the CX bass response is more similar to that in decay but cleaner. I am used to the thicker sound of dynamic drivers so bass is my least favorite part of the headphone. Just based on what i am used to.
I am using the filters which bring it up a bit but i still sometimes want more. EtherCx is still good and full sounding though.
Plus the flat bass response gives very textured sound compared to elex/Thx00 which sound blurrier in the bass.

Mids: Vocals are clear and energetic. I think there is some forwardness in 1kish region and it drops slightly after that. Not as severe as many planars though.
That said vocal and mids in general are very clear and detailed to my ears. Not as "dry" sounding as my elex as well which i think has a dip somewhere in upper mids or lower treble that hides the harmonics
of certain instruments. Clear mids and flat bass make Kick drums sound fantastic.

Treble: Much much smoother than my elex. One song in particular for me was Little Monster by Royal Blood. There are some cymbals that start around 0:15. On elex
they sound really EDGY in a way i thought was unnatural and distracting.
Listening to the same song with Ether CX, the cymbals still have some roughness (as they probably should), so treble is not excessively smoothed over or recessed like with warmer or dark headphones.
It just has an even treble response. Treble is smoothest of all my headphones. Thx00 has some needles somewhere even though it a generally smooth sounding headphone.
I find mobius treble also harsher and rougher also. Although mobius is reasonably even too. Mobius overall just has a dirtier, greyer sound to it.

SoundStage is good. Maybe a bit "bigger" sounding than the elex but not as open obviously. Sounds clearer than Thx00. Definitely bigger and wider than mobius in passive mode.
I am not a soundstage person though so idk.
I see people reference things like rows of seats and concert halls. No headphone has done that for me even when i listen to high end setups at Canjam.
As long the headphone doesn't sound flat and congested, i am good.

Overall I find the CX to be clean, clear, neutral and musical. if you want mostly neutral with smooth treble, there isn't much else in closed back world i think.
Comfort is flawless for me but i can imagine some people may find the pad opening not big enough.
Isolation is top notch also.

Massdrop packaging is really minimal with a lot of their stuff. obviously they need to cut stuff out to lower price. However, Elex came with a nice big box that I still use. Some kind of case would have been nice.
It comes with a nice bag but i never use bags.

Also I really want to appreciate Mr speakers emphasis on always managing the weight of their planars. **glares at audeze's 600gram closed back**.
Last edited: May 6, 2019

Zeos finally got his Ether CX review up:
Short version, he "loves" them - a lot... He has been using the Ether Flow C as his "reference" headphones for years now, and he seems to like the tuning of the Ether CX even more than the Ether Flow C.

As for me, I continue to love Ether CX for office use! The office I spend most of my time at has white noise generators, so the isolation of a closed back is pretty much a requirement. I drive mine with a FiiO K3 connected to a 2.5mm DUM cable when I'm on the go and they sound great. Not as good as when hooked up to my home gear, but fantastic for a transportable system