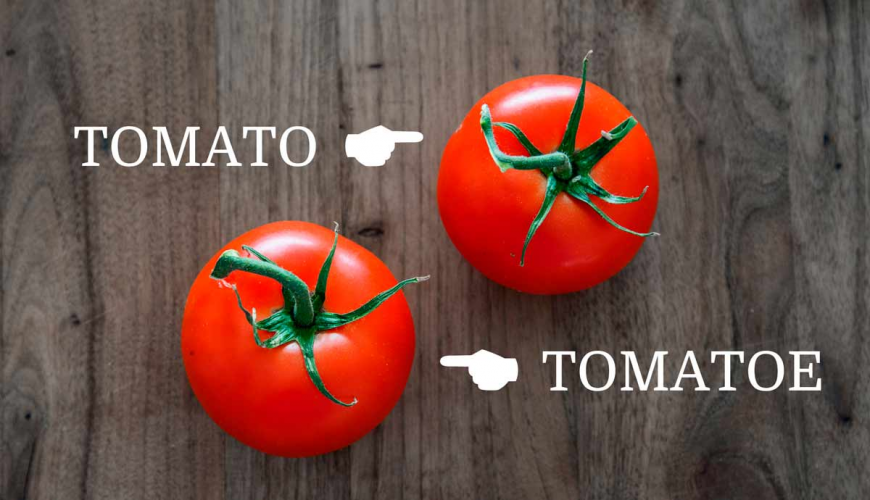 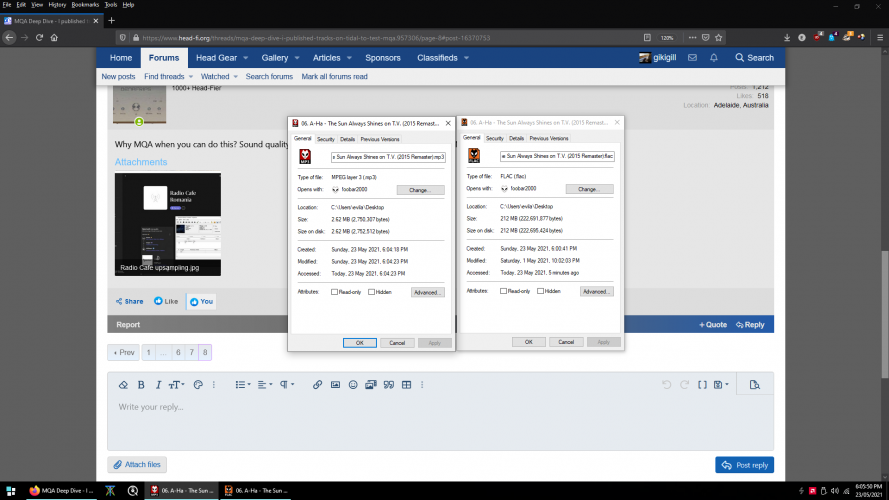 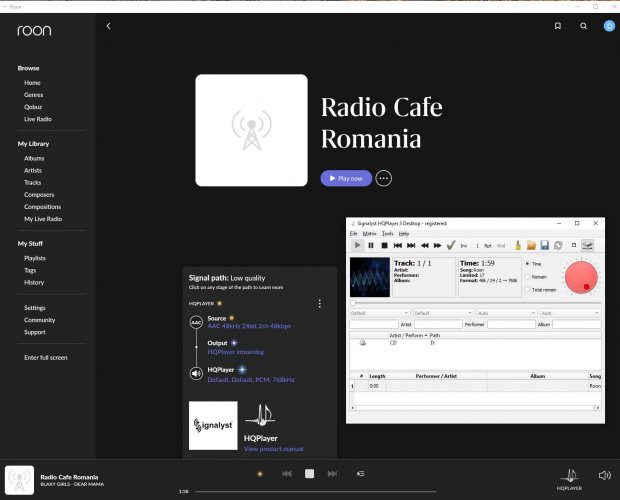 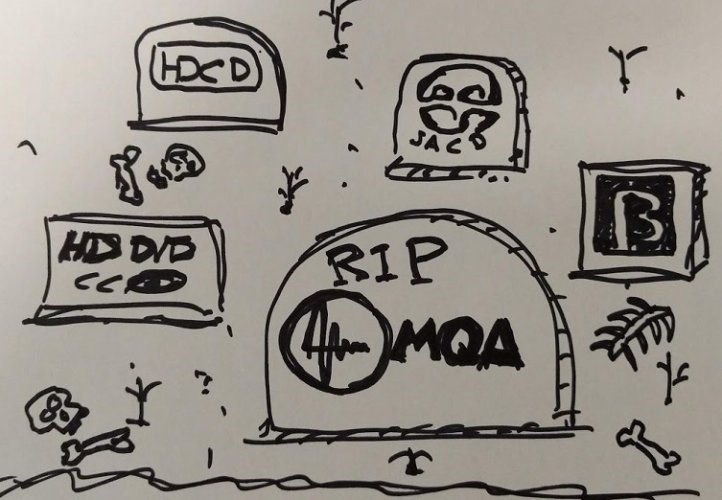 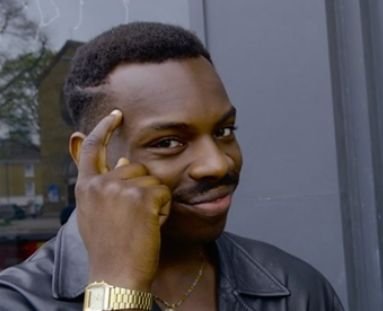 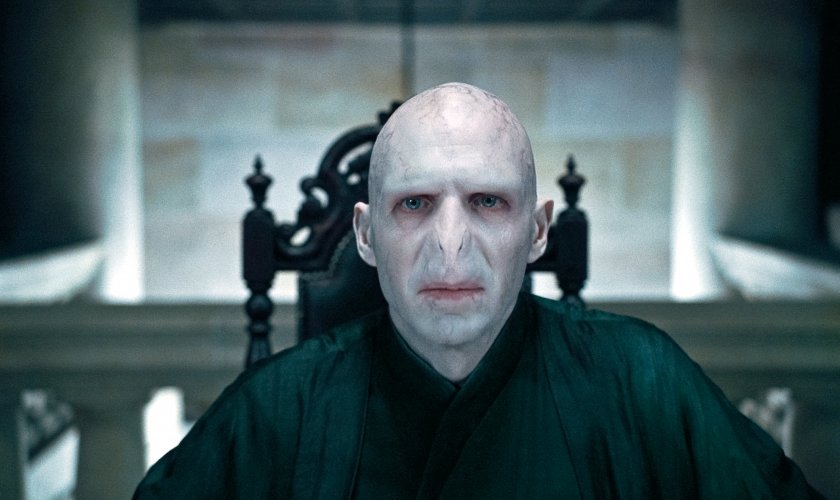 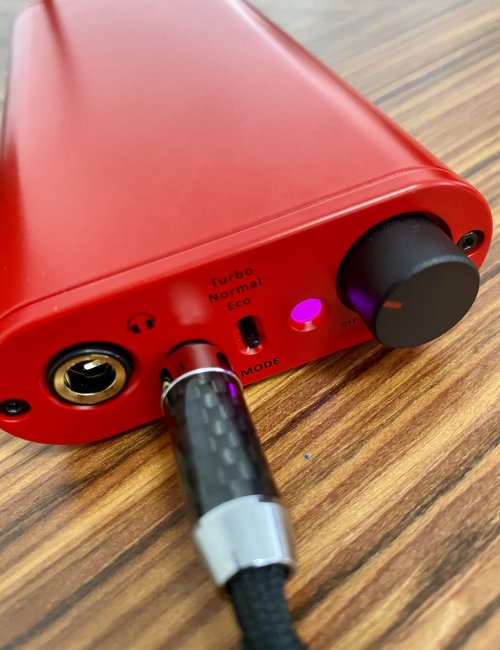 See full thread gallery...
You are using an out of date browser. It may not display this or other websites correctly.
You should upgrade or use an alternative browser.
MQA Deep Dive - I published tracks on Tidal to test MQA

Lurker0918 said:
That does not change the fact that a FLAC file was exchanged for money/profit. Or does twisting oneself into a pretzel really help? Okay, straight from XIPH's own LICENSE page "The FLAC and Ogg FLAC formats themselves, and their specifications, are fully open to the public to be used for any purpose..." What authority are you citing for your interpreation?

And no you don't need to purchase a product to decode MQA files (if that is the nexus you are trying to draw to the violation of the spirit of FLAC that is floating around in your head). As pointed out to me, they come in a FLAC file. Okay to indulge, I got a MQA track. Played it via JRiver through four different DAC's and a ten year old DAP. None of which are MQA compliant. The track played fine. I didn't need to buy any new equipment did I? It played the FLAC layer (I don't know the properly terminology), just not with whatever special MQA sauce was supposed to be there. As per MQA's own site: "MQA will play back on any device to deliver higher than CD-quality. When paired with an MQA decoder, the MQA file reveals the original master recording".
Click to expand...

Yes to use mqa properly you have to purchase mqa certified equipment. They even state that without the proper equipment the quality is not as good and not fully unfolded. And mqa is not better than cd as it adds noise and is a lossy format. Mqa refuses to prove any of their claims. When many people refute their claims they call names and say nah uhh its better trust me, I don't have to prove what I say. It's just like any other snake oil out there and placebo. They can not back up their claims with science and refuse to as ir would prove what everyone else is stating and has shown.
Last edited: Jun 11, 2021
Schiit Lyr 3 with Multibit - Audeze LCD2C, Akg K7xx,
Astell&Kern Se100, Fiio m11- Westone es60, Inearz p450s, Ue-5c, ue-11 pro, AAw Q
Past earphones.- Sennheiser HD 650,Fostex TH-X00 Purpleheart w/ teak cups, Akg K553 ProSony ex51, sony ex71, shure e2c, shure e3c, shure e5c,ES2, other cheap buds.
Past Player -pioneer xdp-100r, pod classic 160gb, ipod classic 120gb, Creative Zen vision M, Ipod 3g,4g,5g,5,5g.
Past amps- Schiit Modi Multibit- Vali 2-RSA Tomahawk, Pico amp/dac, RSA Hornet.

]eep said:
We are making progress. But to come back to flac... flac encoding is software published under licence. That means there are legal restrictions which can be enforced. And as Microsoft's Steve Balmer said: "open source is like a cancer" since its licence is inherited in every piece of software you write. So while you may use it for free you may NOT charge money for any piece of software that contains open source material. In plain english: The devil said to God 'I can create from dust too so move over'... Then God replied "Then make your own dust!"
Click to expand...

FLAC’s default implementation is under BSD-3-Clause, some of the tooling is under GPLv2, and some bits I’m not sure are under LGPLv2.

Show me where any of those licenses limit merchantability and I’ll gladly eat a hat. It’s clear you have no clue what you’re talking about.

bemeurer said:
FLAC’s default implementation is under BSD-3-Clause, some of the tooling is under GPLv2, and some bits I’m not sure are under LGPLv2.

Show me where any of those licenses limit merchantability and I’ll gladly eat a hat. It’s clear you have no clue what you’re talking about.

Steve Balmer’s comment is regarding copyleft licenses, such as the GPL, and their behavior when code is dynamically linked. FLAC‘s library is, as I mentioned, BSD-3-Clause, which is not copyleft, so your quote doesn’t even apply here.
Click to expand...

wow. You are really smart. Where did you learn to put up a strawman argument like that?

Again: it is not the flac-file that is sold for money, it is the music.

Even law uses logic. You don't need to be a legal expert or an American to understand the underlying logic that a container and its contents are 2 seperate things.

The rest of your boring comment is just distracting from what we should really be fighting for which is ethical and moral standards in business (music in particular). I understand that ethics is often not something legalists or lawyers can grasp.

Lurker0918 said:
I am not disputing your methodology or conclusions. But my point is I am going to refer you back to post 110 (I am going to point out you "liked" that post), which refers to the need for official standards vs. arguing via numbers. If the mob is allowed to set a definition on something, so is an even bigger mob. Especially in this situation (where however one issue of lossless is now moot) serious allegations were being made over something.
Click to expand...

I clicked "like" on your post, because you brought up a good point, not because I agree with you. However, "lossless" doesn't need an official definition other than what is in the dictionary. If you are selling someone music that is "lossless" they are expecting that it has not had data that has been removed, as is the case with MP3 and AAC. MQA has had data removed from the high-res original. In many cases they claim that the original resolution is 192 or 384 kHz, yet we know for a fact that the MQA process does not encode data above 96 kHz. Thus, there is a loss of data and the MQA group, and consequently TIDAL, are defrauding consumers.

Also, I've removed the "like" I put on your post. Using my liking of a post as an argument is asinine.
Last edited: Jun 12, 2021
"[A]ll of audiophilia is a search for the perfect distortion profile." -- Jason Stoddard
❖ LCD-5 Impressions Thread ❖
❖ High-end Headphone Shootout ❖ Youtube ❖ hear.audio
❖ Funny comments from the Forums ❖
I am not a moderator. Please do not PM me about forum issues. Use the report button.

I truly appreciate OP's evidence-based approach to what I subjectively heard when I tried tidal hi-fi a few months ago.
Last edited: Jun 24, 2021

It's surprisingly not dead, actually. It should be. But it's been stubbornly persistent. IMO the writing has been on the wall for MQA ever since Qobuz launched in the US. They showed that MQA is not necessary at all for lossless and hi-res streaming. Amazon and Apple following were only more nails in the coffin. MQA lingers through good marketing and inertia, I think. But it's hard to see it competing over the long haul.
Headphones: HE1000v2, TH900 w/ Lawton purplehearts, Radiance, LCD-2 PF Rev 1, DT880 600 ohm, 6XX. Amps: HPA-V281, HA-1Amk2, Liquid Platinum, Asgard 3, Magnius, Atom, Liquid Spark. DACs: Berkeley Alpha Series 2, Bifrost 2, Modius, D10 DDC: Singxer SU-2. Mobile: Hugo 2, N6ii
Reviews: click here for link repository

I think another angle is MQA was created to generate a lot of noise, with other streaming services creeping up on Tidal they needed something to separate themselves and create exposure. With the amount of debating, videos and controversy around MQA its definitely accomplished that.

H20Fidelity said:
I think another angle is MQA was created to generate a lot of noise, with other streaming services creeping up on Tidal they needed something to separate themselves and create exposure. With the amount of debating, videos and controversy around MQA its definitely accomplished that.

Its been a huge marketing tool.
Click to expand...

It's been a disaster for Tidal. When claims about MQA from MQA and Tidal were disproven it discredited both entities and now since CD and Hi-Res is streamed by most services, MQA technology is no longer relevant. This means MQA is indeed dead and Tidal has been so discredited its reasonable that folks who bought into MQA may abandon Tidal.
5.1 Analog Preamp / Power Amp: Sony TA-P9000ES & TA-N9000ES
Turntable / Cartridge: Sony PS-4750 & Technics SL-1210GR / Shure V15V-MR
Cassette / DAT Recorders: Sony TC-K950ES & (2) PCM-7010F's
Ultra Bluray/Multi-Channel SACD Player: OPPO UDP-205
Speakers: Main-JBL L100t3's, Sub-JBL B-380 powered by Sony TA-N80ES
You must log in or register to reply here.