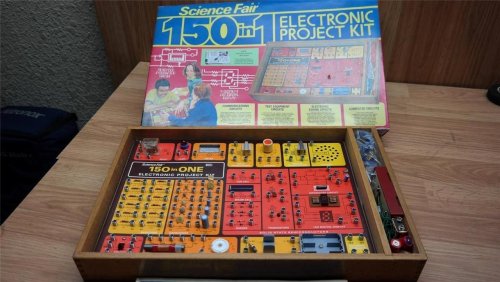 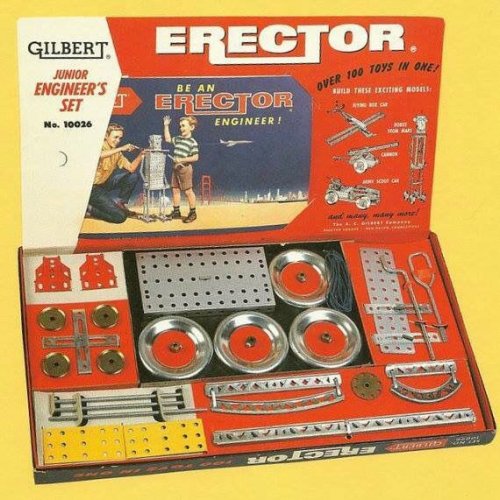 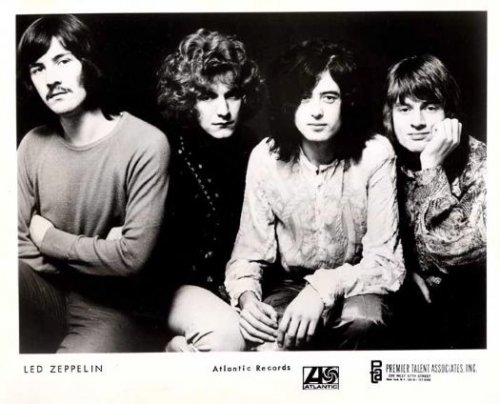 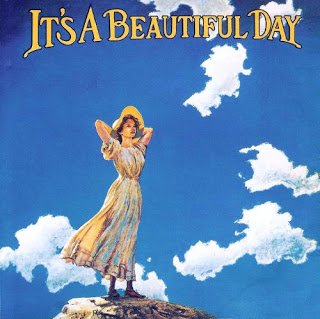 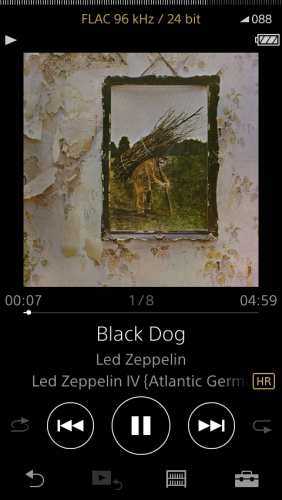 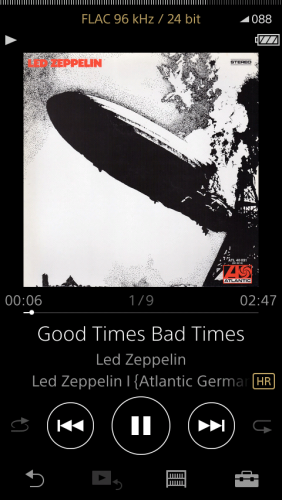 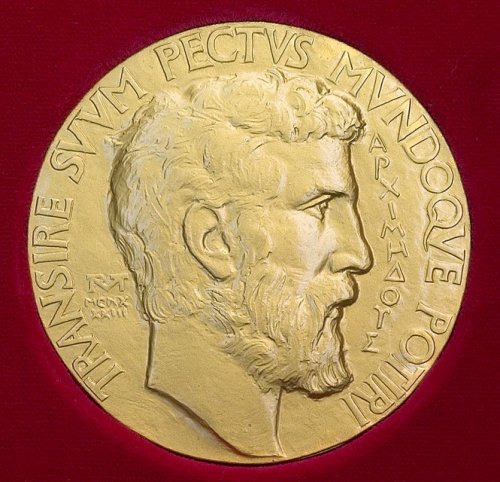 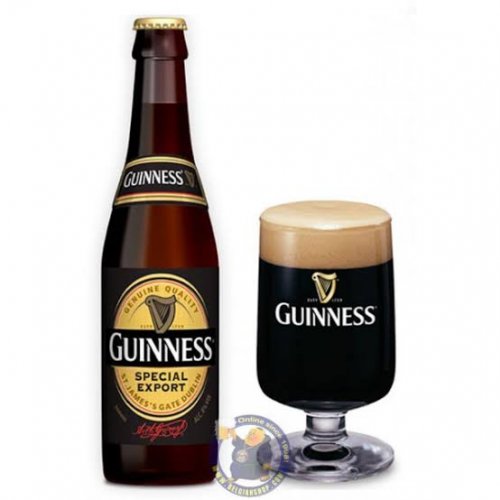 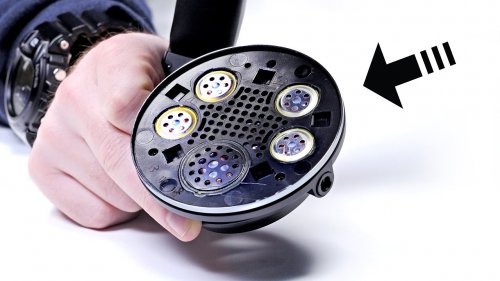 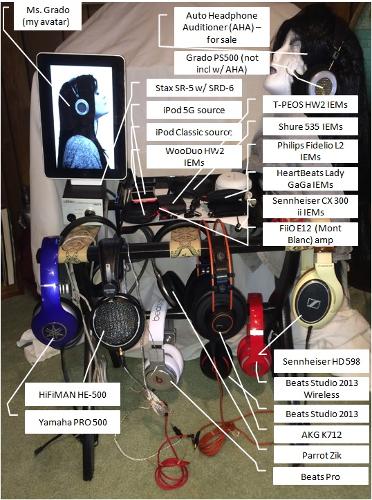 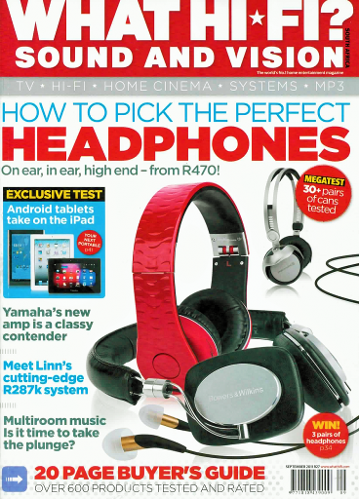 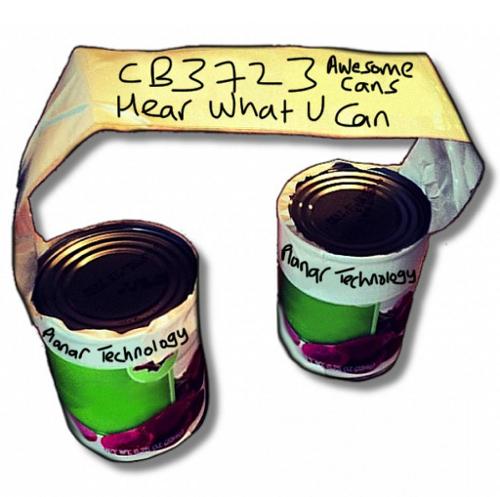 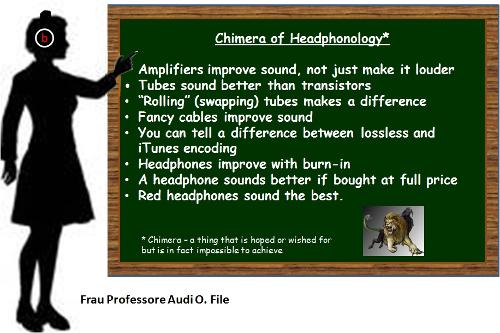 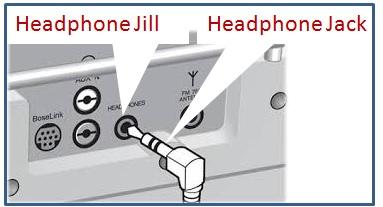 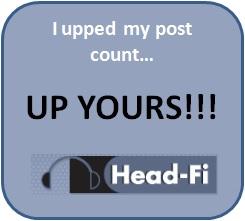 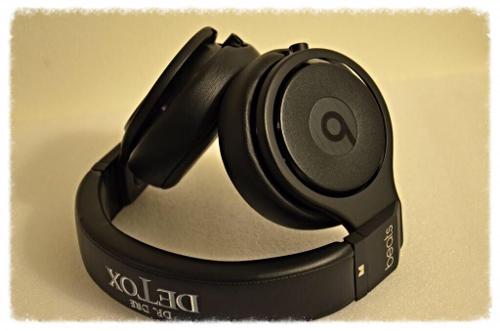 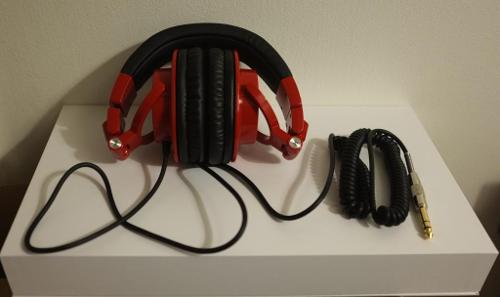 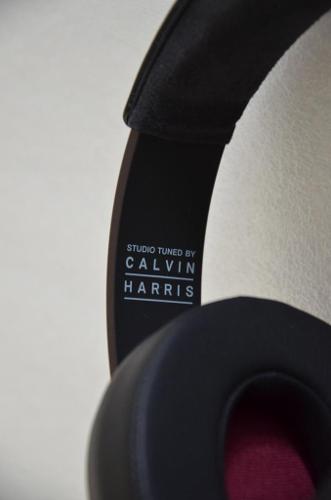 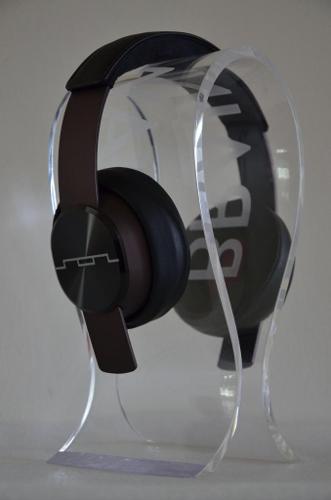 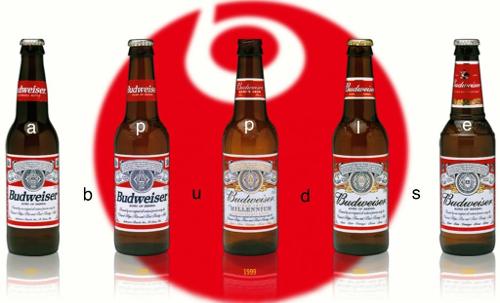 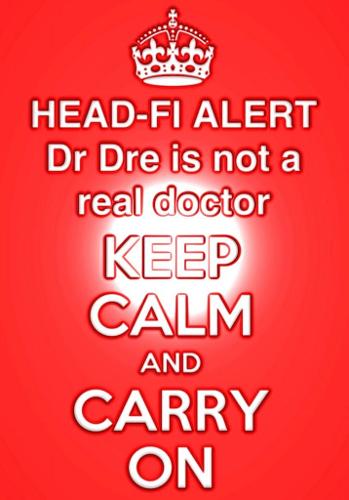 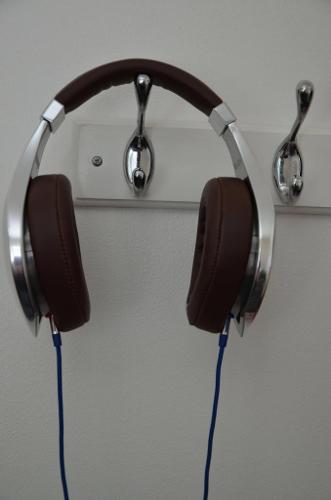 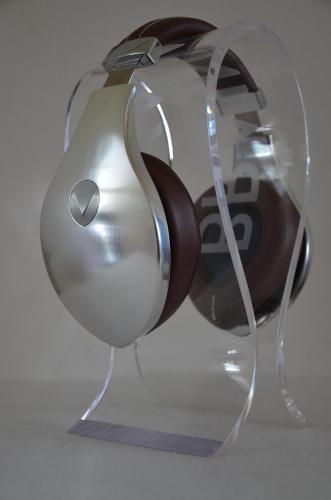 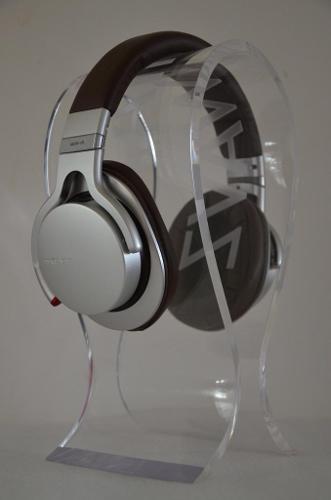 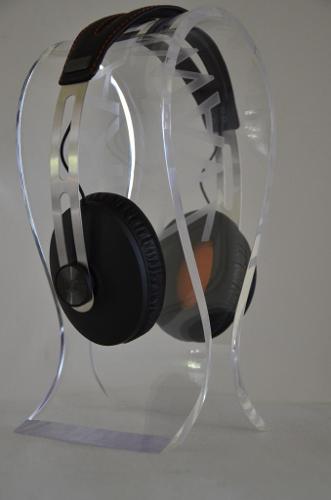 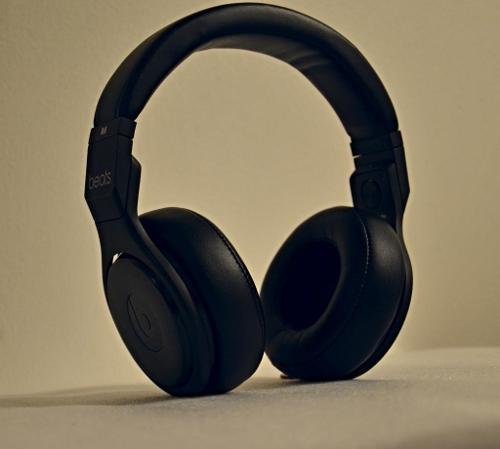 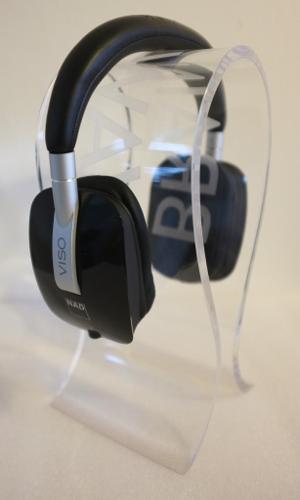 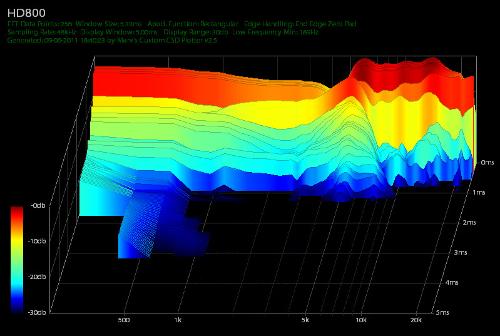 See full thread gallery...
You are using an out of date browser. It may not display this or other websites correctly.
You should upgrade or use an alternative browser.
Most overrated headphones?

I've heard everything from Sony R10 and Stax Omega 2 to the PX100 and SR60's being called the most overrated headphones in the audiophile world.

For me, it's most definitely the M50s. I loved them when I first heard them but ended up selling them 3 days after I bought them because they gave me headaches and the overall sound signature just sounded "off" to me. Despite this, they're constantly recommended and praised by others.

Maybe you should define overrated.  Otherwise people will post whatever sound signature they don't like, which seems to be what you did.  I mean you liked it at first, then you got headaches?  You think this is common for many longterm M50 owners?  Sorry I can't call a $96 phone that kills many $200 phones overrated.

The reason the K-701 is so overrated is because AKG priced it below the other "flagship" headphones, making it attractive to the first-time audiophiles seeking the cheapest top-of-the-line headphone. So we end up with a lot of people who buy the K-701 and it is genuinely better than anything else they've heard. Unfortunately, they've never heard the top shelf headphones from other manufacturers or compared the K-701 to something like a K-501.
Nothing to see here. Move along.

I find the M50 overrated because it is such a highly recommended headphone, yet I think overall it's pretty crappy. It's not about sound signature you don't like... it's about headphones that are highly praised that you don't like. Like I don't care if you think the beats are overrated, because they're not being recommended in every single thread, same goes for something obscure like the Grado SR-100's which are long discontinued.

I'm curious to see how different everybody's ears are with FOTM's, commonly recommended headphones and so on, as expected of a highly respected member, Uncle Erik has the right idea! Nobody is wrong and nobody is right

But I'm not going to rave that it is better than cans 2 or 3 times it's price, because I haven't heard them! In fact, I bet it isn't (or at least it shouldn't be).

But this is not just a matter with the 702's, many cans are raved about as being giant killers from those costing $40 (Superlux HD-668 B for one) to around $500 (remembering that $500 is "cheap" compared to cans costing over a grand). And some of those in this price range are ToTL of some makers.

So though you are right about the 701/02 being advertised as ToTL, however when it first came out I think it was $450 to $500 retail (I think some are still listed for this at some sellers!) and I saw people around this forum getting them at "bargain" prices of $300 something. That's not much of a difference from the Senn 600 and 650 that were ToTL until the 800's just came out or the Beyer 880 or 990 until the T1 came out. So there wasn't much of a price difference for awhile, and now, with prices falling on the Senns and Beyers to a more sane level (like the price of the 701/02) there isn't as much again. The 600/650 and 880/990 are not ToTL anymore, but then they still considered to be so by those makers in that price range.

Not a headphone, but for me it was the RE0. I felt I had thrown my money away. It took me forever to get them to have any sort of bass. I had to actually switch to a different player temporarily that had a decent equalizer and then I still had to use the bass boost on my E5. If this wasn't enough they felt super cheap and like they'd fall apart if I dropped them. It's one IEM where everyone seems to love them, but my reaction is just like "Huh?! Do I have the same earphone?!". I've seen people compare it to the Triple Fi 10 and I just don't understand this. These things remind me of the Sennheiser HD-280 without the bass or maybe an IEM version of the AD700.

I like the AKG 702 and think it's a good headphone. I don't think I could call it overrated though. I didn't realize it's weaknesses until I compared it sound by side to the HD-600. Acoustic Guitars and pretty much any sort of stringed instruments just sounded a bit "off". It's strange because I used my old AKG 701 for years and thought they were very good.

#2 Grado 325i - Just not my type of sound and don't hate me for saying this, but they caused me physical pain like someone banging metal objects together in my ear non-stop.

#3 would be the Denon D2000. The fit was absolutely perfect, but they were not worth the price I paid and they didn't sound like anything special. The bass was a bit too much for me also.

#4 Skullcandy Snoop Dogg Skullcrushers - Everyone says these are better then the HD-800, but I don't agree. Totally overrated. I tell them they're garbage, but they just tell me I need to buy a better amp.

For me, all the Sennheiser products are way overrated (I don't have an opinion of HD800, because I haven't heard them yet), starting for the real crap of CX300 and ending with the dull HD650. I don't understand why people consider that they have very good SQ. I prefer Audio-Technica, Fostex, Shure, some AKG and even most of the Grado products.

Same here. Just a dull sounding headphone IMO, even when amped to potential it sounds virtually no different to the AD700, which is cheaper and far easier to drive. Yes, lots of people like 701s, but they don't justify the hype thrown around on here.

Anything that's not an M50.
My Feedback Archive

I would have said Sennheiser too if it wasn't for the HD-600. I hated the HD-650, the HD-555 was "good" for the price and everything else from them has been really disappointing. Somehow I still have some HD-497's and they're just so bad in every way. I never even liked the PX-100. Sorry, I'm bored and just had to comment. It's kind of wrong to group "All Sennheisers" into overrated if you've only heard one or two of them, or even three! Doesn't really seem fair, but whatever. Not trying to defend them or anything. I can fully understand some people not liking them. HD-600's are kind of boring at times, but I still love them.
Headroom Micro Stack + Astroydyne > HD-650, Q701 (bass mod), Koss Pro DJ100 + M50 pads, DT-990 Pro

SA5000 sounds unnatural and sterile
DT48 worst headphone I've ever heard
Grado RS1 soundstage the size of a marble and piercing highs
Denons flabby monotone bass and uninvolving recessed midrange
HD800 good headphone but not a world beater; soundstage, decay, and lower treble peak bother me
LCD2 very good headphone but not making Senn or any other major manufacturer lose sleep at night, despite what some people here would lead you to believe

yuin's...i know headphones not earbuds...
but i'm really angry...they are recomanded in every single thread about earbuds...so i bought a pair...the ok3 being exactly...they s**k...the soundstage is halth from the mx760...not talking about the ksc75 that blow them out the water...and the question is for what i paid 60$ ?!...

I put them on at a store, and they sounded really bad for the price. I'm not really experienced and I didn't listen for long, but there's no way I'm buying that.
M50 Fanboy^

The reason the K-701 is so overrated is because AKG priced it below the other "flagship" headphones, making it attractive to the first-time audiophiles seeking the cheapest top-of-the-line headphone. So we end up with a lot of people who buy the K-701 and it is genuinely better than anything else they've heard. Unfortunately, they've never heard the top shelf headphones from other manufacturers or compared the K-701 to something like a K-501.
Click to expand...

Winner. Same for exactly the same reasons. Couple it with it's low sensitivity....
You must log in or register to reply here.