You are using an out of date browser. It may not display this or other websites correctly.
You should upgrade or use an alternative browser.
MOST INFLUENTIAL REGGAE ARTIST/s

I have a feeling alot of people [ who know little about reggae ] will state Bob Marley. Although he is the highest selling Reggae artist in history I personally feel he was not the best or most influential. 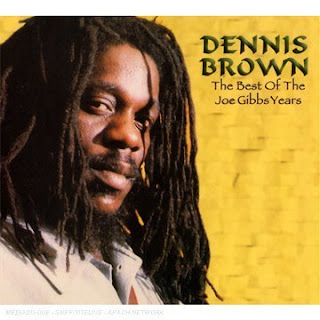 he was the main influence of many major singers, including Michael Rose.

also, Dillinger and U-Roy influenced a lot of deejays

honestly, I think Bob Marley is clearly the most influencial reggae artist, as people all around the world in every country know his music. And all in all, he is my favorite reggae artist, though I like many others as well.

All the other memebers of the wailers were very influencial, essp peter tosh and bunny wailer

Max Romeo was eary on and very inspierational

You can't help equate reggae with Bob Marley but before him, it was Desmond Dekker.
Also mentioned already are: Lee ' Scratch' Perry and Toots Hibbard.

Any Augustus Pablo fans? I'm not going to say he was the most influential reggae artist (to me, there is clearly only one option), just curious if anyone else digs him.

The Wailers (Bob, Peter, Bunny) influence is overwhelming and without question. However, in addition to those mentioned above I would add

The influence of people like Perry, Tubby and Sly and Robbie will tend to be underestimated since they worked mainly behind the scenes.
Rationalism, the bright dream of figuring out everything...has made us blind.
Philip K. Howard, The Death of Common Sense

Honestly, I think we can't talk about reggae without talking about Bob Marley. Perhaps am ignorant with regards to the other reggae artists but I still think Bob Marley is the most influential reggae artist in the broadest sense of that word.

too bad Island's Marley albums have been teinted w/ rock influences to please the new american market because of Chris Blackwell(aka "teh vampire")....Marley is pop-rock reggae to me, not like there's anything wrong w/ that..

Lee Perry is the half that's never been told, he learned Marley how to sing to begin w/

if you're interested in the story of jamaican reggae, this book is not to be missed:

there's that "Alpha & Omega" UK band that tries to mimick his melodica playing...but well, not quite there...maybe the ganja is not good enough

While probably not the most influential, I was very excited to have seen Burning Spear perform this year, it was awesome to have the full experience, not just a recording!
- Andrew
Team Uni-fi
Portable: Galaxy S8+ --> Jaybird X2
Home: Laptop --> Audio gd Compass --> Beyerdynamic DT990 2005 (250 ohm)
My feedback

Justin Hinds is among the names to be considered.

Clearly, Bob Marley is the one who made reggae known in "the rest of the world".

But as for the most influential reggae artist "in the reggae world"... Max Romeo? Justin Hinds? Lee Perry?
My Feedback
T

Bob and the Wailers are easily the most influential, and if you ever get the opportunity to watch vintage video of them performing you can both see and hear why. However, Toots Hibbert actually coined the term "reggae."

Personally, I'm waaaayyyy into Burning Spear: Winston Rodney is a true conceptualist. There's this recent disc of his early apprenticeship tracks from Studio One, Creation Rebel, which shows that his thing was damn-near together on day-one. And speaking of Studio One, I should put in a word for Clement "Coxsone" Dodd, the guy who mentored Bob, Lee Perry, Winston Rodney and soooo many other early reggae-ers.
"This ain't for the underground. This here is for the sun." -Saul Williams

I think it's pretty difficult to state who was the most influential because in music it seems that people stand on the shoulders of those who came before them. One name that I do think can be mentioned along with the names already mentioned is Prince Buster.
You must log in or register to reply here.