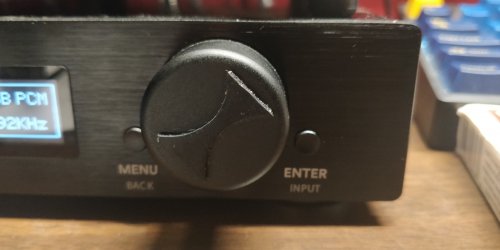 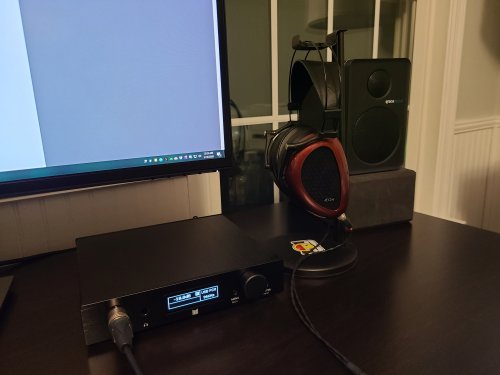 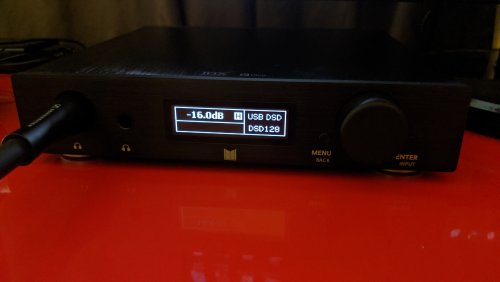 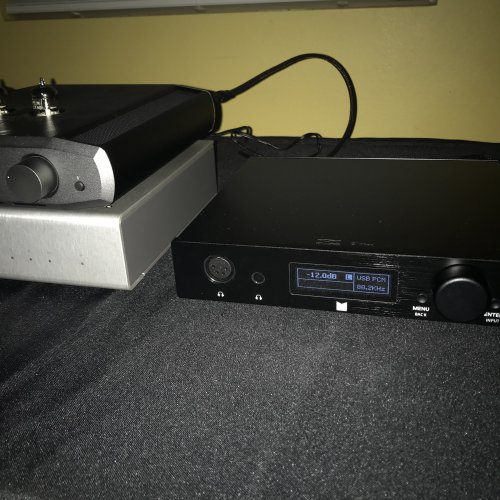 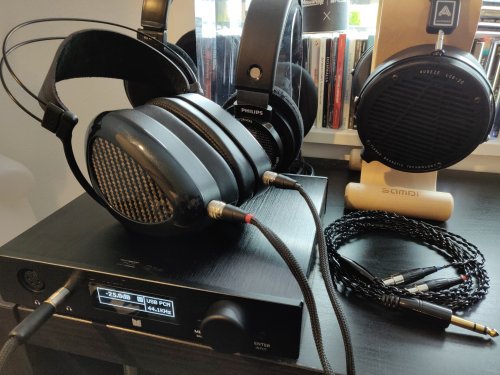 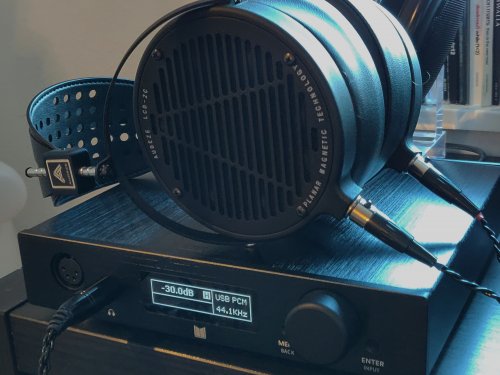 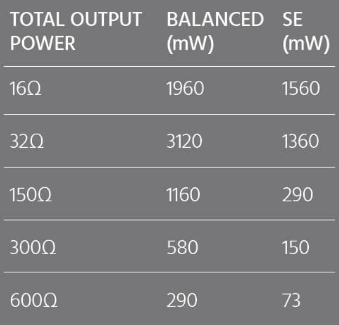 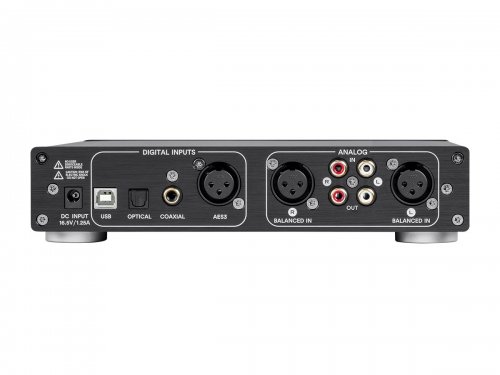 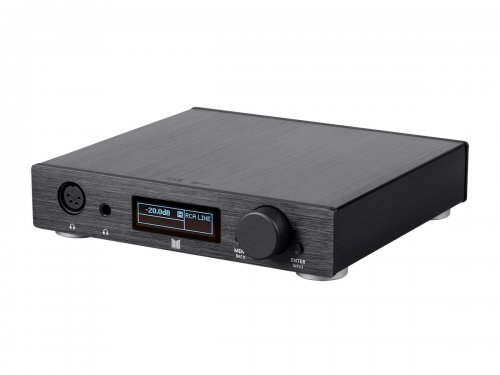 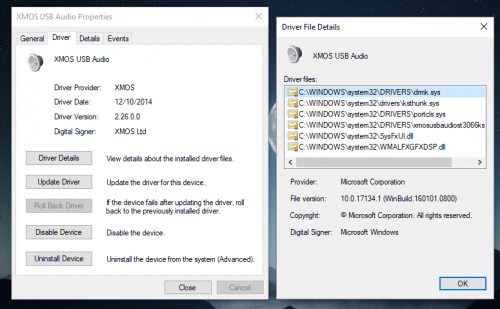 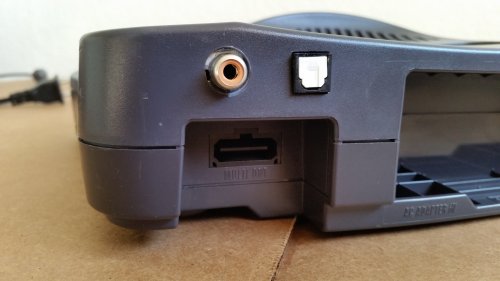 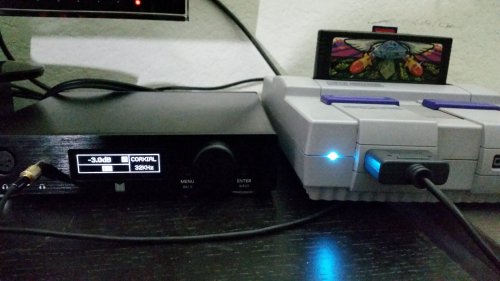 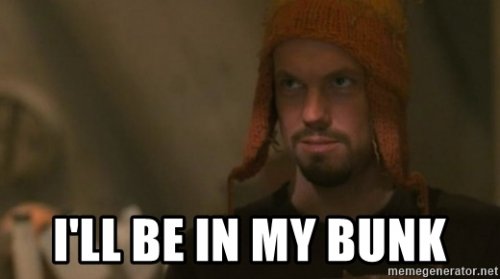 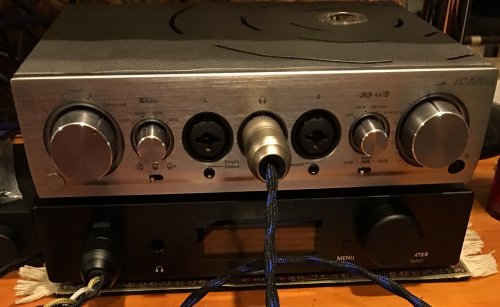 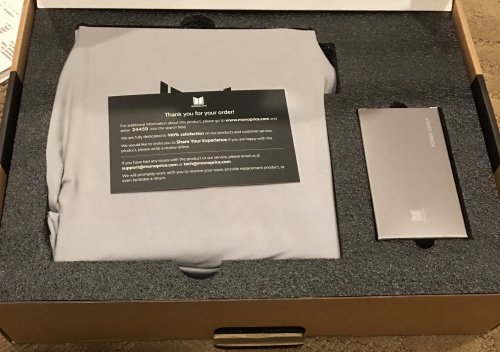 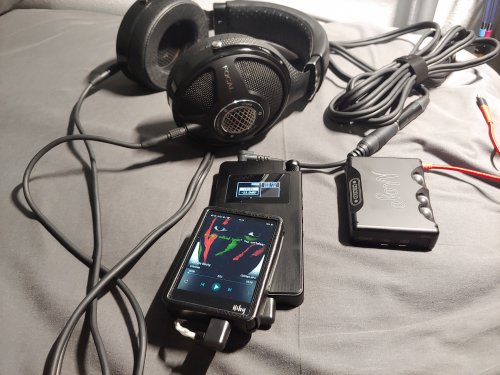 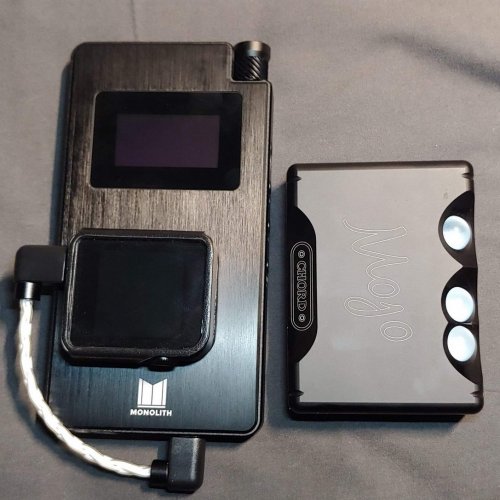 stimuz said:
I think that was an Amazon warehouse deals price, but since then it's been 450ish.
Click to expand...

Thanks for the info. I remember someone mentioning anew version of this amp in 2020, however can't seem to find any info on it or even prior

antdroid said:
These are just some initial quick impressions on the amp and it's feature set:


Sound:
Very clean sound in normal operations. Has balanced XLR and 1/4" single ended output. Sounds very transparent to me. I have nothing more to comment right now.


Power:
Has plenty of power in balanced operation. HE560 planar is plenty loud at -35dB and Elex/Elegia at -50dB


Inputs:
Has USB, Digital Coax, RCA, TosLink, Balanced XLR and AES. I have used USB and Digital Coax from a CD player


Output:
Just has line out to RCA. For whatever reason they didnt put balanced XLR output here. There is a guide to mod the XLR input to do output, which I may do in the future. The board itself is a little cramped but I think I can do it.


Dirac Sensasound:
Neat feature. Adds a lot of soundstage virtualization to music. I definitely hear improved vertical/height and depth to music. The width stays relatively the same and may sound a little less because of the virtualization (some of the width is converted to depth). Overall, for some music, it sounds very natural and organic. For some tracks, it does lose some of the needed rich/fullness sound in the lower end. I feel like this was definitely made for music and may vary depending on genres/artists/recordings.


Equalizer:
I have only barely played with EQ. It comes with Shelf EQ (standard bass/treble knobs on receivers) and 5-band parametric EQ which lets you customize the Frequency you want to modify, the gain, and Q-settings. It is a little cumbersome to use since it has a lot of menu presses and knob turning to set. I havent played enough to give a proper impression yet.

Button layout:
The Menu button turns on and off the unit. The Enter button changes Input. Nothing to complain with here. But these buttons are on either side of the volume knob. This makes going through menus a little annoying. Its not the end of the world, but would be faster to operate if they were near each other.

General Menu:
The menu itself is a little clunky, but I'm not sure how to really improve it with the limited buttons. One of the things I miss using this vs my Topping DX7 is the remote control. The DX7 remote has quick buttons to line inputs and outputs and other menu settings, so quickly switching devices and outputs is easy peasy. This THX unit would have greatly benefited from an IR remote capability given its complex menu feature set.

Also there is a menu item for Dynamic Range Control. I dont really know why this is even an option and is a waste of
an option slot. I want my full range of audio. It's off by default.


Overall, this is quite a package. It has definite annoyances but I think I'll get used to it over time and more usage. There are people complaining about windows drivers for higher quality formats but this isnt something that is going to bother me right now.
Click to expand...

I remember seeing someone mention a new version would be out in 2020, any links? Couldn't find any.

wein07 said:
I remember seeing someone mention a new version would be out in 2020, any links? Couldn't find any.

Also there doesn't seem to be a guide on modding the XLR in to XLR out. Google had no links, can anyone share? ty
Click to expand...

stimuz said:
They were probably talking about the THX 887
Click to expand...

wein07 said:
... Also there doesn't seem to be a guide on modding the XLR in to XLR out. Google had no links, can anyone share? ty
Click to expand...

unmaker said:
I'm not a fan of the XLR inputs either but they can be modified to be outputs. From Andrew Mason:

"And with some warranty-voiding simple soldering, it should be pretty straightforward to modify the unit so the two XLR-3 "inputs" become balanced outputs wired internally to the XLR-4 headphone out and controlled by the volume dial. i.e. remove C67, C76, C79, C84 to disconnect XLR3's from the ADC. Then patch wire twisted pairs connecting the two XLR3's pins to XLR-4 pins as follows:

Each XLR-3 pin 1 is already tied to ground so you can leave that alone. This configuration is a bit better than using the XLR-4 balanced output since the cables will now have grounded shields, and the downstream device will now have shared ground with the 789 product."
Click to expand...

lok777 said:
I just got the monoprice thx aaa 788 amp/dac and when i plug in my hifiman edition XX over balanced I get the error code "temperature protection" then the unit powers off. I have to unplug, replug, and re-turn the unit on afterwards. They work on SE fine, and my M1070s work fine over balanced and SE. Any ideas?
Click to expand...

I found that Dirac Sensaround II doesn't destroy the HRTFs already present in stereo sources. With other renderers like Waves NX on the Audeze Mobius, you must disable any HRTFs at the source - set the game to non-HRTF "Stereo" or "7.1" instead of "Headphones", disable "Dolby Atmos for Headphones" or "DTS Headphone:X" etc. Even if source HRTFs are enabled, they are seemingly destroyed and sound only comes from the front virtual speakers, so you might as well run the source in non-HRTF "Stereo".

Dirac Sensaround II expands the soundstage but the original positional audio from the source HRTFs are preserved. I tried it with games in "Headphone" mode, and in 7.1 movies downmixed to stereo with "Dolby Atmos for Headphones" and "DTS Headphone:X". By default, "Dolby Atmos for Headphones" has a small but positionally accurate soundstage, and "DTS Headphone:X" has a wider but still positionally accurate soundstage. Dirac Sensaround II expands the soundstage further, but reduces positional accuracy a bit. This is a surprising result as I expected stacking HRTFs to destroy each other. This is similar to the Dolby Surround Upmixer on Atmos AVRs which accurately places stereo source HRTFs in a 5.1.4 speaker setup.

It's great for ear-piercing mono sounding YouTube videos, and it's not too bad if you accidentally leave it enabled during HRTF content.
Last edited: Apr 21, 2020

I was a bit confused with the beginning but I assumr you got the dac/amp as you use drivers. With monoprice's drivers I got the same quality but if you don't use any drivers it gives you 32bit/358kHz, at least for me.
DAC/AMPS: Monolith THX AAA desktop, Ifi IDSD Nano Black label, Hidizs Sonata II
Headphones: ZMF Aeolus LTD, M1060C open mod, Ether CX, Sony WH-1000XM3
IEM: Tin T2, KZ ZS10 Pro
Share This Post
post-15580872
Post #644 of 676

TheHeedHunter said:
I was a bit confused with the beginning but I assumr you got the dac/amp as you use drivers. With monoprice's drivers I got the same quality but if you don't use any drivers it gives you 32bit/358kHz, at least for me.
Click to expand...

shysteve40 said:
Yes I am using Monoprice drivers. On my mac is does do 786hz. Why not in windows
Click to expand...