You are using an out of date browser. It may not display this or other websites correctly.
You should upgrade or use an alternative browser.
Modern Opera suggestions?

I am looking for some modern operas. I have listened and enjoyed Bizet, Vivaldi, Verdi, and Mozart. I am now interested in exploring asian opera vocalists or other good varieties. I'll pass on Bocelli, but rather than that I am very open.

EDIT: I have also been interested in Wagner, but do not know where to start.

I think you need to define what you mean by modern operas. Are you interested in operas from the last 100 years? 50 years? 20 years? And are you associating Asian singers with modern operas or are you just interested in them in general? Some female singers I can think of that worthwhile are Hei-Kyung Hong, Sumi Jo, and the late Yoko Watanabe. I can't think of any male singers off the top of my head but I'm sure there are some good ones.
"If the elevator tries to bring you down, go crazy! Punch a higher floor!'

For wagner, you might wanna check out in chronological order. You can see the evolution of wagner as a composer.

By modern, do you mean 20th century opera? Check out The fall of the house of usher by Philip Glass, based on a story by Edgar Allan Poe.
Feedback on Head-fi

I am interested in Operas dating from the 80's to present. I am not sure if how many new operas are being written, but I am looking for operas other than the Don Giovanni/Carmen variety.

I am interested in Asian singers as a sub-category, a few weeks ago I heard a piece that spiked my interest (I have no idea what/who it was, but I know she is still alive)

Here is a random suggestion for Wagner, which differs from my usual "Buy Der Ring des Nibelungen and get to it" advice, start with Die Meistersinger von Nürnberg. That is his most chipper and engaging work. It helps that it is a comedy. It is uniquely Wagnerian (take that for what it's worth), but it is a fun, rollicking work.

Herbert von Karajan's 1970 (I think) EMI set has been on top for a long time. If you get into it, you want the Music and Arts release of Wilhelm Furtwängler's 1943 Bayreuth recording, if only to hear the best conducting of the score with adequate singers and not-good sound. I digress, though.

Start with Klemperer's orchestral excerpts on EMI if Die Meistersinger von Nürnberg sounds like too much. Once you get used to the Wagnerian musical idiom - if you do - you can dive in almost anywhere.
New signature forthcoming (or not).

Might i suggest that for wagner, it's best to watch instead of just listen. Wagner believed in Gesamtkunstwerk, which means total-art-work. Music is just part of the overall presentation.
Feedback on Head-fi

This should get you started. Most, if not all of these, are 1990 or later.

Adams: Nixon in China. Pretty nice minimalist stuff.
I Can, therefore I am!

I have just got Akhnaten by Philip Glass and I think it is a fine work -- very typical mid-80 Glass but heavier on percussion. The recording is now available in budget price, with virtually non-existent notes and without liberetto -- but you can download everything from www.glasspages.org.

A good place to start for anyone who wants some Philip Glass. I'm not terribly satisified with what Steve Reich offered as operas -- The Cave is decidedly unmusical; Three Tales is musical but the subject matter is (IMO at least) repungently technophobic. I haven't tried any John Adams though.

Operas are unlike other classical forms in that it usually takes a longer time for an important work to be recognised as such -- it is, for one, more demanding and expensive to stage a new opera than to organise a performance of a new symphony or string quartet. As a result, many works written for the past 20 years are still not "tried-and-true". But if you look back further in time (say, the past 50 years), you'll find such greats as Benjamin Britten -- Peter Grimes and The Turn of The Screw, for example, are undisputed masterpieces.
Looking for World Music Recommendations?

Turandot (performed in China as a multi-nation joint effort)

The Phantom of the Opera (not really a true opera, but elements of opera are incorporated. One of my favorite musical performances ever).
Team College | Team Chinese | Cal State Fullerton Class of 2010 | Foothill High School Class of 2006
Team SG (Senn + Grado)

Digging this thread up to recommend the best modern opera I've enjoyed so far: 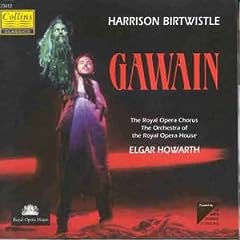 The first thing to admire is the beautifully written libretto by David Harsent. Harsent not only convert the old verse "Sir Gawain and the Green Knight" into a drama, he has cast the whole story as a struggle between human impulse and idealism, with a poignant conclusion. As in the original tale, the Green Knight can just deal a superficial blow to Gawain, yet Gawain's realisation of his moral failings cuts him more than the most brutal of axes. Gawain's self-awareness estranges him from Arthur and his Round Table brethren, whose shiny idealism remains intact as they have never encountered a trial such as his.

The opera's symmetric structure is another reason for admiration -- the fivefold cycle of the seasons (when Gawain prepares for his confrontation with the Green Knight) in the first act is echoed by the threefold cycle of lullabyes-seduction in the second act. The haughty Green Knight who bashes into Arthur's court is later mirrored by the crest-fallen Gawain, weather-torn and bitterly self-aware.

Musically, think of Stravinsky on a Wagnarian scale -- shifting, angular rhythms; dense orchstrations; shimmering percussive textures. You won't find anything to sing along -- there is only one aria, given to Gawain near the very end. But the music, underscore the dramatic tension at every turn, still holds a powerful grip.

Like most modern operas, the only version is a live recording, less than sonically perfect. Some vocal lines are matted together (especially the choruses in the "cycle of the seasons"). The cast is not quite ideal: King Arthur has all the neuroticism of Ren Höek in The Ren and Stimpy Show (but, now that I think of it, this is probably what the composer intended), and Morgan Le Fay is not beautiful enough to be dangerous. Both protagonists -- Gawain and the Green Knight -- however, are wonderfully sung. I wish for a studio recording with a better cast, but that's not going to happen anytime soon...
Looking for World Music Recommendations?

It's slightly earlier than you requested, but take a look at Aaron Copland's "The Tender Land," published in 1954. If you like Copland, you will like this. Not terribly long, in English and the music is great.
Nothing to see here. Move along.

Check out Osvaldo Golijov's Ainadamar. It just came out in May, and it's sensational. 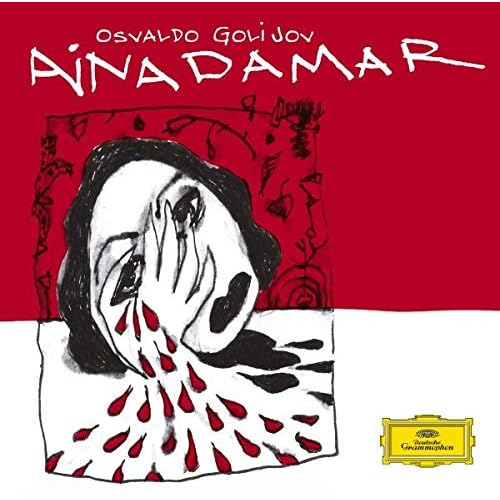 -Jay
If you have more invested on equipment than music, you're missing the point.

that's peter hammill, not philip glass. i'm curious, though - is this similar to glass's work?
"if your heart is a flame burning brightly, you'll have light and you'll never be cold"
grant hart, hÃ¼sker dÃ¼
You must log in or register to reply here.