You are using an out of date browser. It may not display this or other websites correctly.
You should upgrade or use an alternative browser.
Mini-review: The Orpheus

Thanks to the generosity of an aquaintance in the Toronto area, I finally had a chance to the hear the pinnacle of the headphone art, the Orpheus.

Well, where do I start...here in my hands I was holding The King of Headphones, and to say I was anxious would be a huge understatement. First off, the detail, holy crap, previous to this the Omega II was the benchmark in presenting low-level detail in music with a natural organic flow. Well, the Big O raises that bar, and adds dynamic life & sparkle, and even more realism. Horns have the most realistic bite & tone I've heard to date, they can cut through the music in a way that I've only heard in real life. Sarah Slean's "Bank Accounts" gains a whole new life from the way the trumpet & French horn accent the piece, the horns now blast out accent notes instead of just playing them out. It's silly grin material.

Soundstaging was not what I expected from an electrostatic, the presentation was closer to my modded K340 than anything else. Instead of the airy floating in the background sound which many associate with electrostats, it's more of a solid upfront presentation. It doesn't have the weight & solidity of say, the PS-1, but it's enough to sound real instead of ethreal. And yes, it can rock, I don't think it's particularly happy doing so, but it does a nice job, better than every other electrostat I've heard. It doesn't have the magical meaty guitar tone of a Grado & the PRaT which makes those killer for rock & metal, but it still has pretty darn good drive and the way it flows out the details and presents them in a realistic acoustic space does make for a very satisfying presentation.

If there's one thing which upsets me about the Orpheus, it's the bass. I like having heavy slamming bass, like on the PS-1 and unfortunately I've yet to hear an electrostat, including this one do that. I don't pretend to know the physics behind it, but for whatever reason only dynamics can do that big slamming bass. The Orpheus bass is the fastest I've heard, it can separate low piano notes in both time & pitch in ways I've never heard before, it never blends notes together unless the recording was muddled in the first place. And yet, it proved unsatisfying, there just wasn't enough of it and it didn't rumble and fill the soundspace the way I'm used it.

Overall, I don't think I could justify owning one. There are many things which it does spectacularly well, but I'm not willing to give up my bass & groove. I can see why they're acknowledged as the best headphone ever made, in many respects they are, but they're just not for me.

But at least youve had the chance to hear one, and even that brief moment is somethign that few of us will ever get to experience.

You shoudl count yourself blessed, and your wallet must have had one of those "not actually a heart attack" moments.

"The Orpheus isnt for me" is not somethign that is said with much frequency.
^I wish to apologise for, retract, or deny the content of the above post.

Hey, what was the setup that came with the Orpheus? I've had the luxury of listening to this can extensively over the course of three meets. Each time I came away with something different. A big part of that is their revealing nature.
Metal-Fi: Our passion is not just metal, but great sounding metal.

Nice review. It's always great to get contrasting viewpoints being intelligently expressed. I think these insights are great for the community since it helps those who might be newer in the hobby to realize that no system is perfect or will meet everyone's needs. I would agree that the bass in the weak point of the Orpheus although you should take into account that this varies considerably with the amplifier used. For instance, I found some issues with the bass from the ES-1 pre-production prototype and the HEV-90 with real bass but it was quite good with the Blackgated KGSS. I haven't heard the final shipping models of the Aristaeus and ES-1 but I think they'll both have a better handle on the bass than the HEV-90 does.

EDIT - BTW I assumed you heard this with the HEV-90 but if you mentioned the amp I missed it. What was the amp driving them?
Proud member of Team Stealth.
Proud member of Fuzzy Fuzz's Fuzzbox.

Yeah, they won't sound so good with this amp:

Edwood gets a high-five for realizing what day it is today.

Jeez you are convincing.

For that joke you must now be taunted by staring at this pic of my pair for the rest of the day... 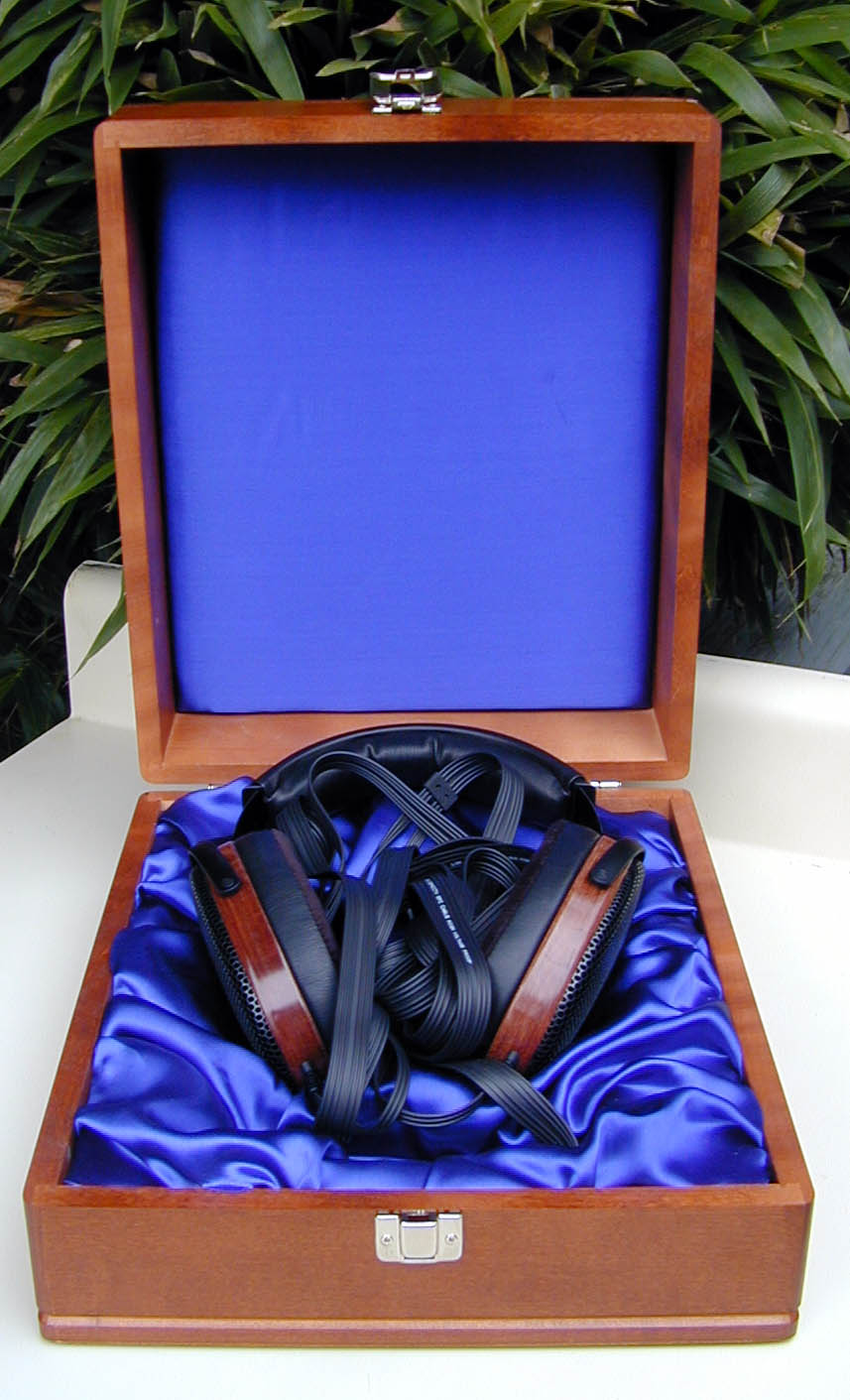 I've never seen, touched, nor heard an Orpheus in real life, but I do a good job of pretending I have.

The moral of this "review"? Don't believe anything you read on April 1st.

^ *Drools* Forget girls, that is a thing of beauty!

"Your requirement list sounds as if you got drunk and found a keyboard that had an audiophile term on each key." - Mercuttio

Very good one , got me !! Through the grace of god my internet/cable was out when my tax returns came so I actually deposited them in the bank. Otherwise hmm...Im still very new here but find myself reading through old threads from months a and years ago , this place will be the death (finacial) of me. I thank each and every one of you for it.