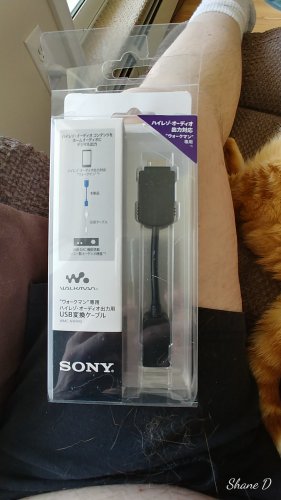 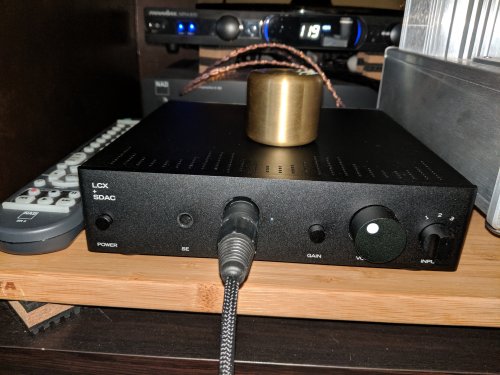 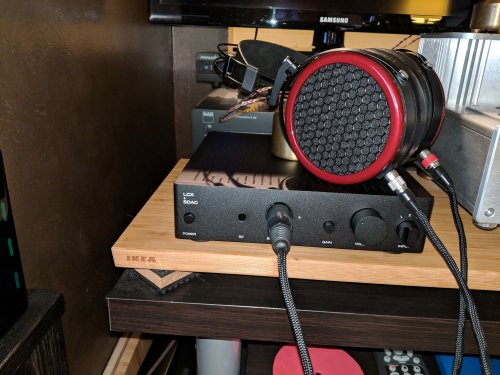 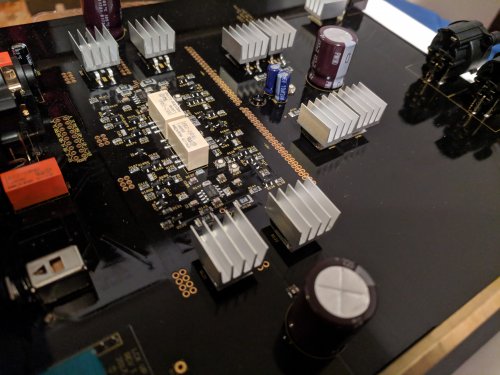 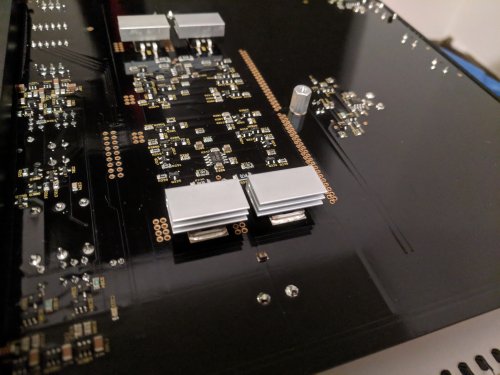 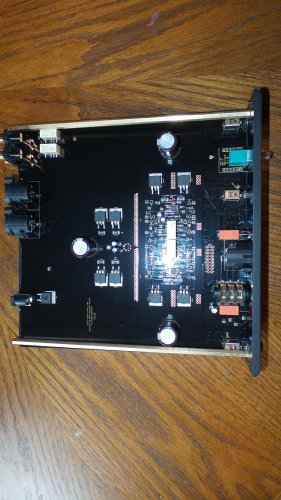 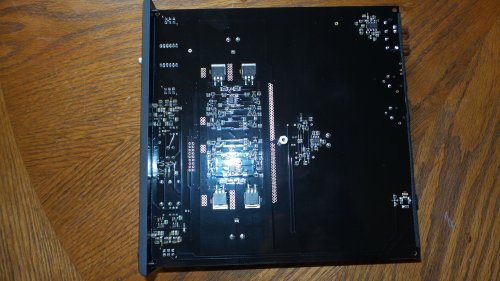 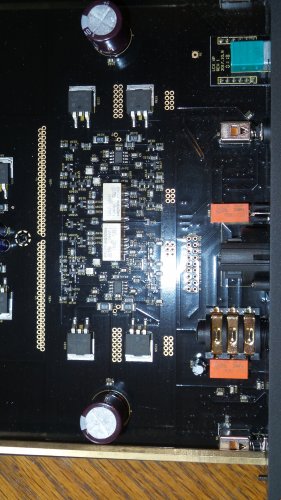 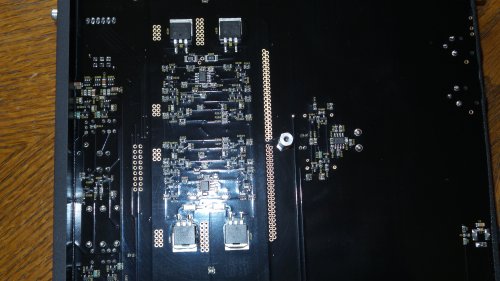 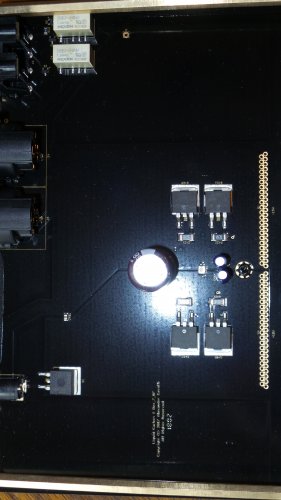 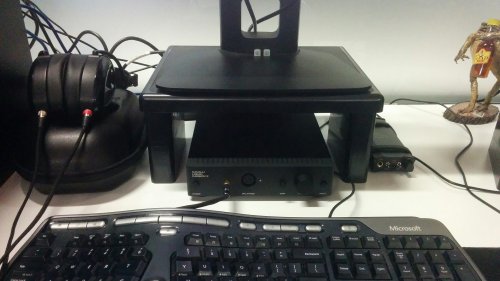 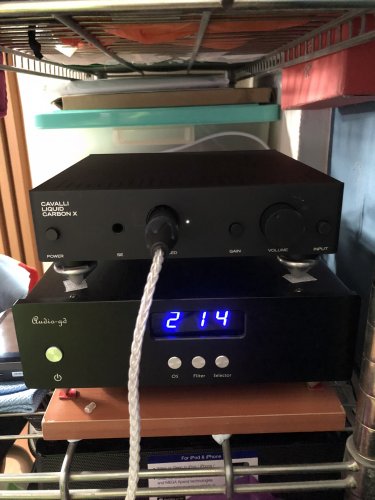 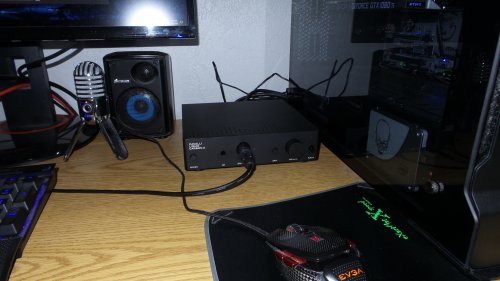 The LCX manual directly states that it is not designed to be left on for long periods of time once burned in.

I'm going with the official direction as opposed to speculation here.

SpeedSmith said:
Finally got some more time on the LCX last night. I think it's still evolving some. I originally didn't find the LCX and HD6xx to be the best of matches. But that's changed and I'm sadly not sure if it's because I've grown used to it or that the amp is still burning in? I have less that 25 hours on the thing so far...so not a ton of time. Although I'm used to needing to burn-in tubes which is of course not a consideration here.

Anyway..on to my thoughts (standard disclaimer, I have relatively older ears (45+ yrs) that have been abused by loud cars - YMMV). If budget allows, the CTH and LCX can co-exist nicely in a collection. They are different enough experiences and cater to slightly different use cases. The CTH is a fun, easy to listen too amp. I find myself just enjoying the music on the CTH vs analyzing the music on the LCX. The CTH adds that tubey goodness that seems to just work with the Sennheiser HD line. The LCX resolves the music better, has less roll off on the highs, more extension on the lows which sometimes make it sound like a darker amp depending on the source material - bass goes deep. This can sometimes cause my 6xx's to bloom on the low end (especially with modern recordings with muddier tracks and darker voices like Ray LaMontagne's new album). It also causes the 6xx to lose a little resolution up high causing cymbals and the upper registers of guitar and voice to crash. But with older (read: less dynamic) recordings, the LCX brings out parts of the music I had never noticed before. So if your music collection is all over the map like mine and you have some older stuff that you want to experience differently (I'd say better), then get the LCX. Just don't expect a huge difference...it's all nuances. During my listening session, I went back n' forth between the two amps preferring some tracks on one vs the other...usually based on either the bass blooming or treble crashing some. I found the 6xx with sultry female voices to be a treat on the LCX (Melissa Etheridge Tracy Chapman, Tracey Thorn aka Everything but the Girl). Whereas Elle King and Florence + the Machine needed the smoothness of the CTH. Of interesting note, I'd list Hannah Reid from London Grammar as a sultry voice, but her range is off the hook and certain tracks could go either way on these two amps.

A word on the use of balanced cables... For the purposes of this listening session I based all of my thoughts on using the SE ouputs only. Once I switched to balanced on the LCX, things went (slightly) next level. The already resolving LCX became more so. There was more of everything, but in particular there was more air or expanse (The gated reverb on Melissa Etheridge's voice on the Brave and Crazy album was well...crazy good). Of course with more of everything, there was potential for good and bad. While mostly good, the balanced output also punctuated any flaws in the recordings or in the limitations of the headphones. I think this was why I initially preferred my other cans over the Sennheiser 6xx on the LCX. During that extended session I used the balanced input exclusively. But once I sorted source material, the music I like on the LCX was even better via the balanced output. Side note: I found on songs that could get overly bloomy in the lower registers on the HD6xx sounded nicer on the HD600 with the balance cable. The 600's are well known to be less dark than the 650. Interestingly the HD600's also reduced the crash in the upper register...weird.

Summary... If I had to boil this down to a couple sentences (and yes, I can be wordy)...I'd say this. The CTH/MD Sennheiser HD6xx is a tough combo to beat. Regardless of headphone choice, the CTH is smoother (but not necessarily warmer) easy to listen to and fun. The LCD is more resolving with a larger and more complex sound stage (but not necessarily brighter - in fact can be darker), but certainly more analytical and nuanced. They can easily co-exist, especially if you like to A-B amps, cans and songs. If budget allows, I'd recommend owning both. Even more so if you plan to own super dynamic cans like the Focal Clears, sensitive IEM's or magnetic planar headphones from Mr Speakers, HifiMan or Audeze. Also it's worth owning a set of balanced cables with the LCX.

Hope I'm not too late on this follow-up and hope this proves helpful.
Click to expand...

I just ordered this to go with my Andromedas and Z1R..
JAB Canid Education and Conservation Center

The CTH seems to perform better with high-impedence headphones which I've no interest in (got a Jotunheim -> HD650s at home).
I figured the LC may be a good alternative...

The LC is a fairly neutral amp maybe a slight warm tilt. I don't have any experience with the Magni 3 but when I had the Jot and the LC I actually prefered the LC more. The sound stage is wider, it is also less analytical and in your face than the Jot which makes for a very relaxing but enjoyable listening experience if you're working.
Share This Post
post-14370656
Post #172 of 464

I'm in on the drop with the SDAC that went up today. I know some have said they aren't sold on the pairing with the he-560 but I've heard more positive than negative so I figure I'll give them a shot. Seems to be a decent secondary market for them too if it doesn't work out....

Question... I am wondering if the LCX is worth getting in my situation...

I currently have the following DACs and amps

The cans I usually use are:

While the massdrop deal is on and everyone is asking the same type of questions, has anyone compared the LCX to older amps that go for about the same price on the bay and other places. I've been eyeing a Burson HA-160, but haven't heard of many people who have used both.

snip3r77 said:
I'm thinking of the Monoprice Cavalli( ETA August-ish not confirm ) vs this?
Should I or should I not?
Click to expand...

displayname said:
While the massdrop deal is on and everyone is asking the same type of questions, has anyone compared the LCX to older amps that go for about the same price on the bay and other places. I've been eyeing a Burson HA-160, but haven't heard of many people who have used both.

I get the impression that LCX might have the upper hand with overall design, but Burson has top end parts and is built like a tank.
Click to expand...

I am surprised as to how few reviews and comparisons there are for the LCX... In the balance that troubles me...

For me I already have a few amps and would like to know if this one adds something different to what I have. And I am thinking of others as well, Questyle 400i, Yulong Aquila, an R2R either from MD or Audio-gd... Too many choices and would love to get more insight into the LCX...
Last edited: Jul 25, 2018
Nada
Share This Post
Reactions: displayname
post-14380684
Post #179 of 464

jsmiller58 said:
I am surprised as to how few reviews and comparisons there are for the LCX... In the balance that troubles me...

For me I already have a few amps and would like to know if this one adds something different to what I have. And I am thinking of others as well, Questyle 400i, Yulong Aquila, an R2R either from MD or Audio-gd... Too many choices and would love to get more insight into the LCX...
Click to expand...

It's interesting to me because the reviews here seem overwhelmingly positive, but I've seen some grips about build quality on other sites. Including on MD reviews where someone points out a spark if the power supply is plugged in to the socket before it's plugged into the unit.
Share This Post
post-14382499
Post #180 of 464

Well the only other amp I can compare the LCX is with my wa22 which is not a fair comparison one is all tube the other SS. But I will say that the LCX is an amp I don't get tired of listening to it's a great sounding amp and well worth it's price, I'm very happy no regrets..enjoy
DAC ~ NuPrime Dac10
AMP ~ Woo Audio WA22 ~~ Cavalli Liquid Carbon X
HP's ~ Audeze LCD3 ~~ LCD-XC ~~ T1.2 BLK. ~~ Focal Elear ~~ MrSpeakers AFO ~~ HE560
Share This Post
Reactions: displayname
You must log in or register to reply here.
Share:
Facebook Twitter Reddit Pinterest Tumblr WhatsApp Email Link