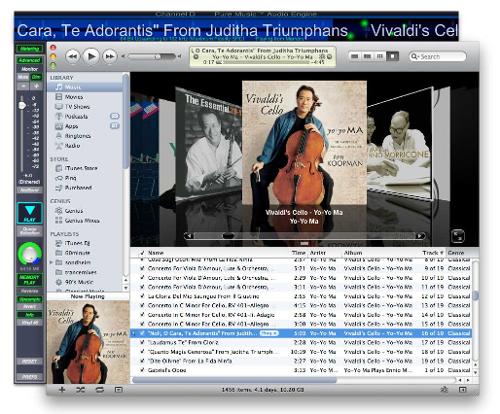 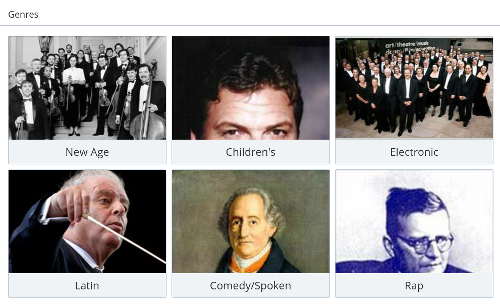 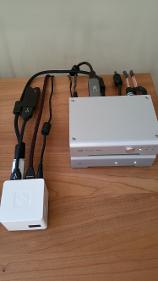 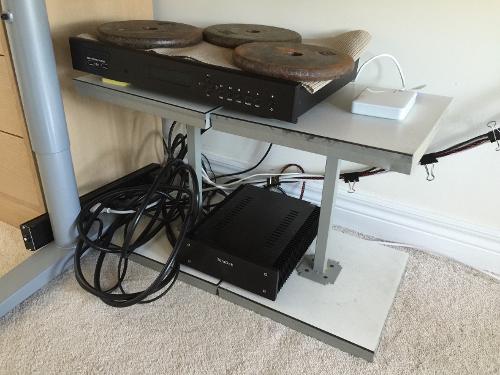 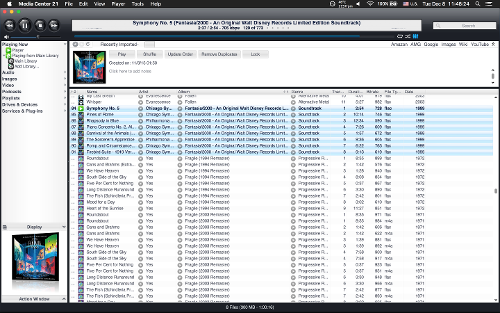 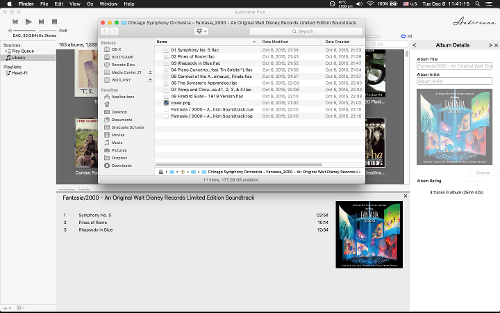 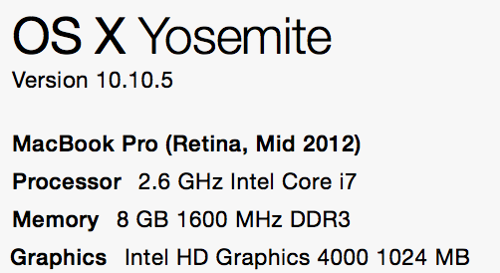 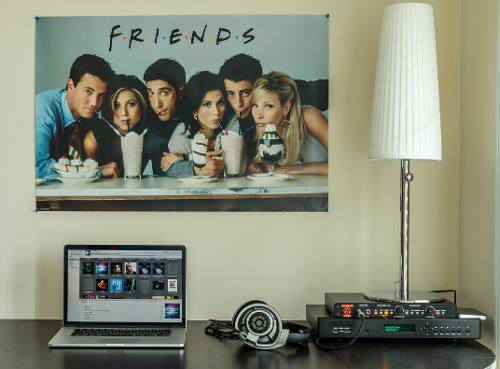 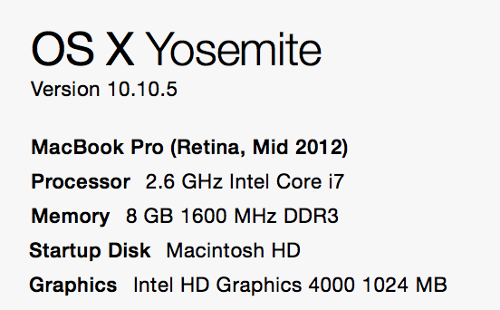 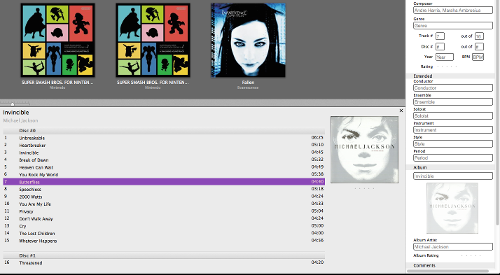 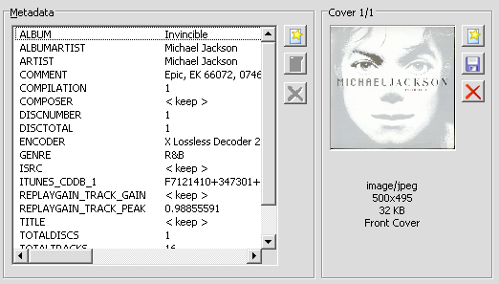 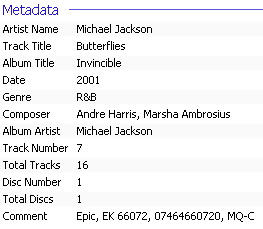 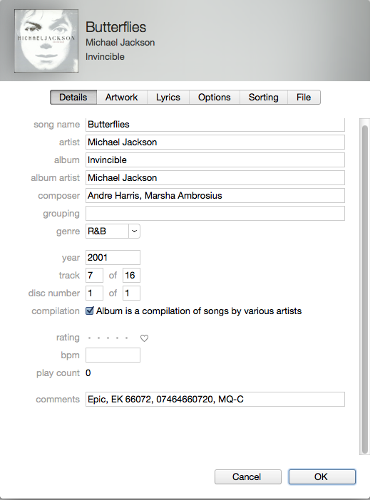 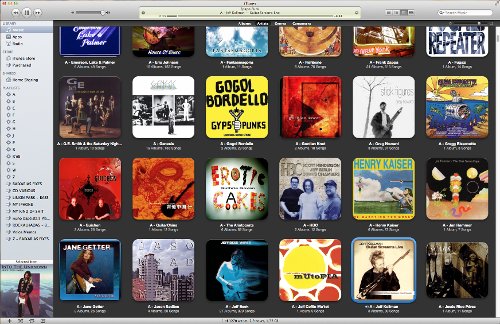 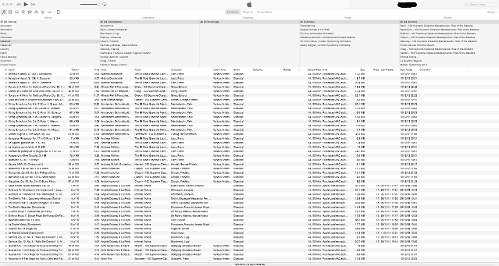 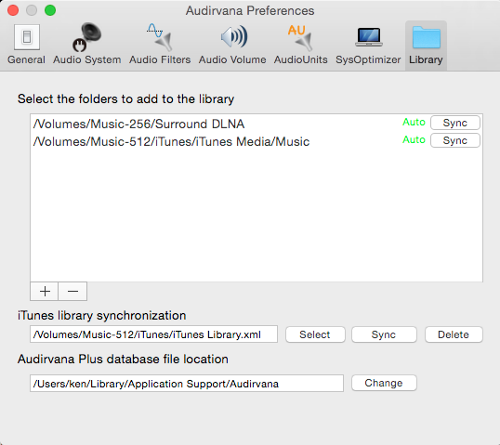 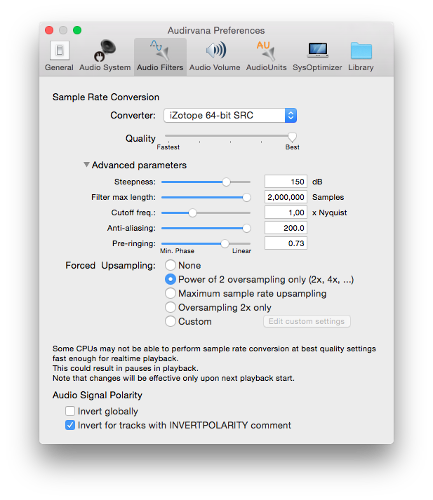 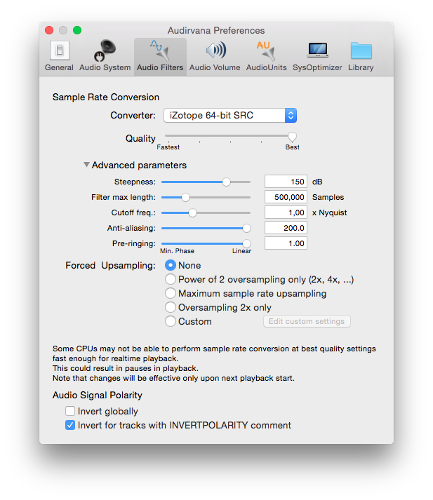 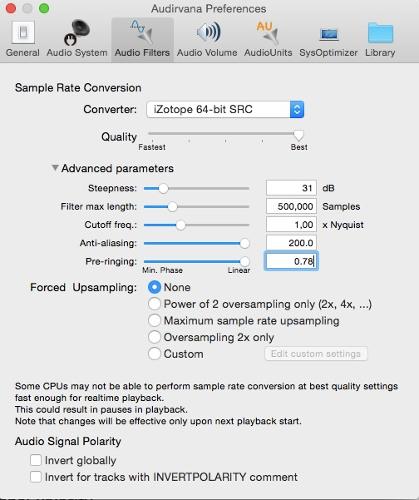 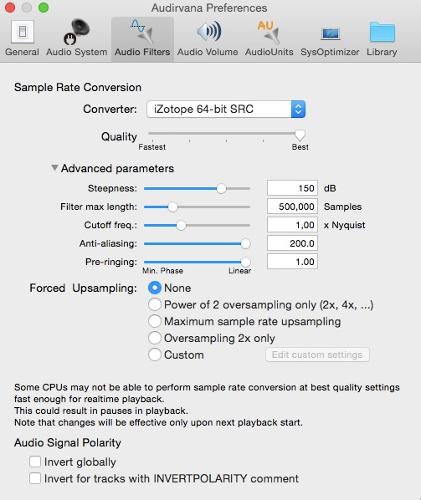 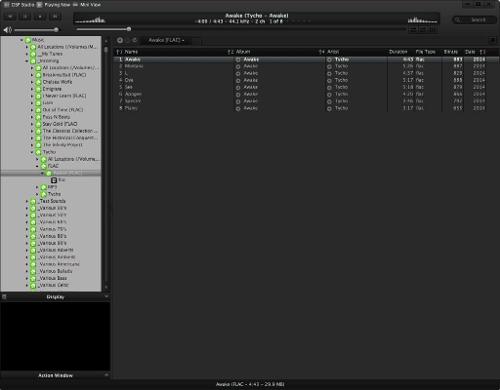 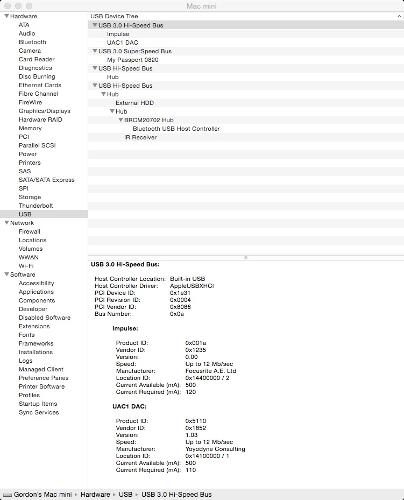 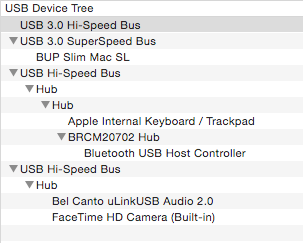 You are using an out of date browser. It may not display this or other websites correctly.
You should upgrade or use an alternative browser.
Mac OS X Music Players - alternatives to iTunes

There seems to have been an explosion lately in "audiophile" music players for Mac OS X lately. Though iTunes wiped out the need for competition when it was introduced, it has become a huge, multimedia and store program, leaving many people wanting something simpler. For a while, that was Play and one or two others, but then Amarra came on the scene. Offering higher-quality playback, it has become famous among audiophiles, alongside its biggest competitor, Pure Vinyl (and now Pure Music). As those two have fought it out in the commercial arena, the developer of Play came up with a free program, AyreWave, in conjunction with Ayre, which combined the simplicity of Play with high-quality 64-bit playback. This now leads the pack of the free players (after the association was dropped and the program re-named Decibel) if you want a simpler program and potentially better sound than you get using iTunes.

Many people feel that using the audiophile-oriented music players improves the sound with their equipment. At the very least, they offer features not available in iTunes, such as upsampling and access to the audio filters built into Mac OS X. The latter is especially useful as Mac OS X has a built-in 31-band equalizer which is very handy for learning about frequency response. However their main advantages over iTunes for improving the quality of the computer's output is a dedicated playback engine different to the one in Mac OS X or iTunes, as well as the ability to switch the system output to the sample rate of the track being played, which is important if you have a mix of high-resolution as well as CD quality music and wish to have bit-perfect output every time. Additionally, they can entirely take over the output device ("hog mode") giving the program exclusive access which prevents system beeps and other programs interfering with music playback.

So for the curious, here is a list of the players currently available that I know of, along with some basic information about them.

Feb 2019: Removed Decibel, Nightingale and Fidelia as they haven't been updated in years.

Amarra Luxe by Sonic Studio
http://www.sonicstudio.com/amarra/
Commercial, demo available for download. Apple, iOS and Windows.
Amarra sQ+ for Mac, Amarra Play for iOS and Amarra Luxe for Mac and Windows. The latter is a fully-fledged player which supports DSD, FLAC and MQA and includes up-sampling and EQ options. They were one of the very first companies to come out with a player focussed on improving sound quality and have changed their offerings over the years.

Audirvana Plus
Commercial, demo available for download. Apple and Windows.
http://audirvana.com/
Aimed at the high-fidelity crowd, contains a plethora of features ranging from iZotope or SoX-based up-sampling (with comprehensive options) to device integer and exclusive access modes. It can also suspend Spotlight and Time Machine for dedicated music servers and either directly play DSD files for supported players over USB or on-the-fly convert them to high-res PCM. Playback can be via its own playlist, iTunes library sync or using an iTunes Integrated Mode. The latest versions include support for TIDAL, quobuz and HighResAudio streaming.

BitPerfect
Commercial, Apple.
http://itunes.apple.com/us/app/bitperfect/id455545700
Integrating with iTunes, this software sits in your menu bar and feeds music via Integer Mode to your DAC, matching the sample rate in the process. Great if you want a simple and cheap solution while still using iTunes. Now supports up-sampling and DSD playback.

Elmedia Player
Free/Commercial, Apple
http://mac.eltima.com/media-player.html
Free with commercial "pro" version available with more features.
A multi-media player that also supports Youtube. The commercial version is required to be able to save Youtube videos and stream to Airplay devices.

HQPlayer
http://Signalyst.com
Commercial.
An up-sampling (or re-sampling) music player that allows the user to choose numerous algorithms and even DSD conversion and network transmission, potentially allowing for improved sound quality from DACs with good hardware but poor or no (ie: non-oversampling) digital filter implementations. Can be used with Raspberry Pi and similar acting as endpoints, with the NAA daemon installed.

Pure Music by Channel D
http://www.channld.com/puremusic/index.html
Commercial, demo available for download.
Based upon Pure Vinyl and using its own playback engine, like Amarra, integrates with iTunes, running in a window alongside and can re-sample music on the fly. Unlike Amarra, it requires iTunes to be running to select tracks, but offers a considerable slew of other options.

Roon
https://roonlabs.com
Commercial
Intended to completely revisit the storage and playback of music in a way that is more interesting, it can play back music locally, from storage or from TIDAL or Qobuz, and gives a highly graphical and carefully curated interface to your music. With the software installed on computers, including Raspberry Pi and similar, it can play music from the server to any device on your network, including multiple devices separately at the same time, and be controlled by any of them too.

VLC (VideoLan Client)
http://videolan.org/vlc
Free.
A multimedia client which plays back most audio and video formats and also supports streaming and other features.

Vox by Alessio Nonni
http://coppertino.com/
Free, except their Music Cloud music storage system.
While it has maintained its simple player interface, the features have grown this player into something interesting to audiophiles with automatic sample rate switching, device hog mode, neat playback features such as auto-crossfade between songs, LastFM and Soundcloud support, autoload from folder and a bunch of other features worth checking out. The makers are now offering a service allowing to upload and stream your music, as well as sync it with Vox on your iPhone.
Last edited: Feb 26, 2019
“Beware of false knowledge; it is more dangerous than ignorance.” — George Bernard Shaw
❖ Audio-gd R-27HE video review ❖
❖ High-end Headphone Shootout ❖ Youtube ❖ hear.audio
❖ Funny comments from the Forums ❖
I'm not a moderator. Please use the report button on content to contact the staff.

Member of the Trade: NITSCH

I thought I was going to have to buy a Netgear Ready-NAS + Logitech Squeezebox...so I could bypass my Mac completely.

Until I can afford that set-up, I will investigate these options further.  (The 4-bay Ready-NAS that I want <without drives>  is ~$700.)

Currawong, this thread is insanely helpful!  Great!!!
Feel free to view my music server and how it works!:http://www.head-fi.org/forum/thread/518613/my-music-server

I don't mean to seem stupid, but I don't completely understand the differences between them. What's best to output lossless? I don't really know what 'filters' are either I'm embaressed to say. Also, do the equilizers make a big difference? Any feedback would be great, and thanks for the post! Super helpful regardless!
-
-Vader

third_eye! You are a stud!

Interesting. I am aware that when it comes to Windows, there is a kmixer driver, so we typically would use the program Foobar to bypass that driver. For Mac OS X, there is no kmixer, but there is "com.apple.audio.coreaudiod.plist," or Core Audio driver in short. Does iTunes use this driver? Is there anything wrong with this driver like the kmixer?
JRiver --> Mytek Digital DSD 192 DAC --> Luxman P-1 amp
--> Denon AH-D7000
--> Massdrop HD8XX
--> Massdrop HD6XX, Sony MDR-CD3000
2020 iPhone SE --> Chord Hugo --> JH-5 Pro

Maybe I'm just being a simpleton by asking this but all I want is a simple plugin that works with iTunes and makes iTunes recognize FLAC. My second choice would be a player that rips in AIFF or FLAC. Any suggestions from anyone out there oh and by the way I'm a Windows user.
The science of properly driving headphones has always confused me. For starters where the hell is the steering wheel?????!!!!!!!!!

I just realised before reading the replies that I'll have to write a second article just on setting up these programs, though they all come with instructions in some form or another.

In iTunes, there is, for example, a 10-band equalizer.  However, that doesn't cover the entire audible spectrum very well. However there is a system EQ that can be accessed in any program that can call it.  Play and Vox can as they enable the use of the Mac OS X built-in effects filters.  In Vox, the second button from the left on the controller window opens the effects window.  Clicking on "Add" pops up a menu under which is an "Apple" sub-menu with a list of AUwhatever filters. AUGraphicEQ is the one you want.  You can draw curves with it by holding down the control key and literally drawing a curve, the sliders jumping to the mouse location as it passes over. In Fedelia, the main window has three menus below the playback controls where effects can be added.

gzone3lement: a .plist file is a property list (a set of preferences for something) rather than the driver itself.  I'm not sure that there is anything wrong with CoreAudio as such, especially as over the years Apple has improved it. However it may not be set up to get the highest fidelity out of the system.  This is really a question we'd have to ask of someone who was writing one of these programs as to what CoreAudio could do better.
“Beware of false knowledge; it is more dangerous than ignorance.” — George Bernard Shaw
❖ Audio-gd R-27HE video review ❖
❖ High-end Headphone Shootout ❖ Youtube ❖ hear.audio
❖ Funny comments from the Forums ❖
I'm not a moderator. Please use the report button on content to contact the staff.

I absolutely adore Decibel.  It has completely replaced iTunes in my dock.  Thanks for the handy compendium!
Now Playing: High on Fire — Blessed Black Wings

Has anyone felt that Decibel was an improvement over itunes?  Any success with hogmode?  I keep hearing clicks in the background when I use it.

Edit: Too bad there isn't anything that integrates with Front Row.

Good article, nice to see a up to date list of whats going on with osx.

Personally when just listening to music i use a program called Ecoute.  It uses your itunes library but runs independently so not hogging resources etc. The interface is excellent simple yet good looking and very functional.

Bit of an old video and theres more features now.

I would like to mention the Digital Power Station plug in and Hear.
Even though DPS is not a stand alone player, it customizes the sound.
Hear is not a player but a system sound modifier.
There are few pleasures as simple, and wonderful as music - Craig Uthus  If it measures good and sounds bad, it is bad. If it sounds good and measures bad, you've measured the wrong thing - Daniel R. von Recklinghausen  My goal is to make a amp that sounds great with the cheapest tubes - 2359glenn

I have Amarra (latest version) and I went on to try Decibel and Audirvana after reading this post.

I felt that while Amarra sounds good, both Decibel and Aurdirvana sounds more natural to my ears. I am playing ALAC files and have not faced any problems with either of the softwares (i.e., no clicking sounds). Audirvana sounds really clean and have a dark background just that it doesn't work with my iQube V2.

Thank you Currawong for sharing this and allowing me to love my mac even more!


PS: Would be great to know if anyone have found a good video player for mac with good audio quality that plays various video file format. VLC is a very versatile video player but I find that there is more to be desired from its audio quality.
“People haven't always been there for me but music always has.”  - Taylor Swift

Can any of these play iTunes' Lossless (ALE?) files?
You must log in or register to reply here.