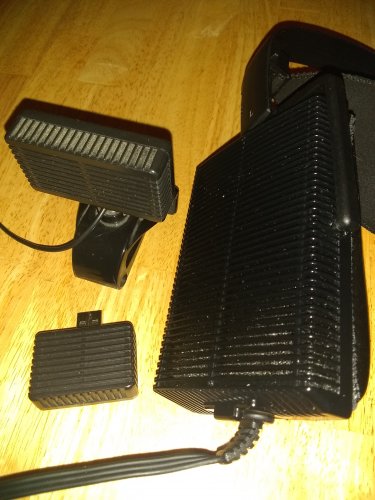 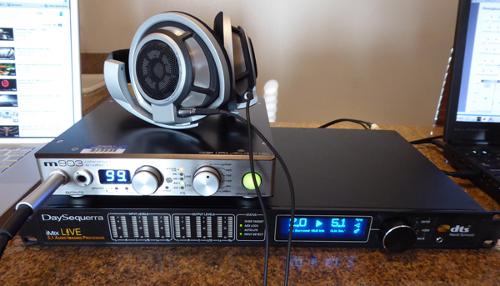 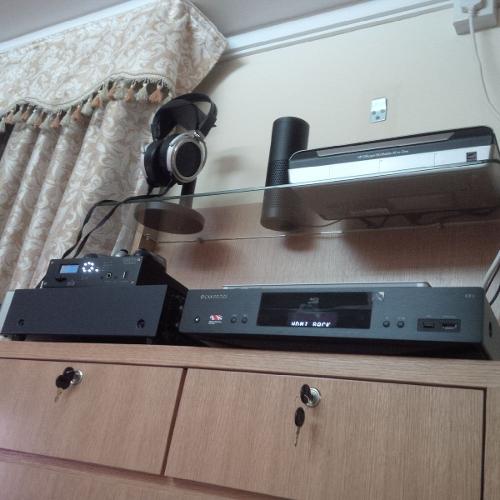 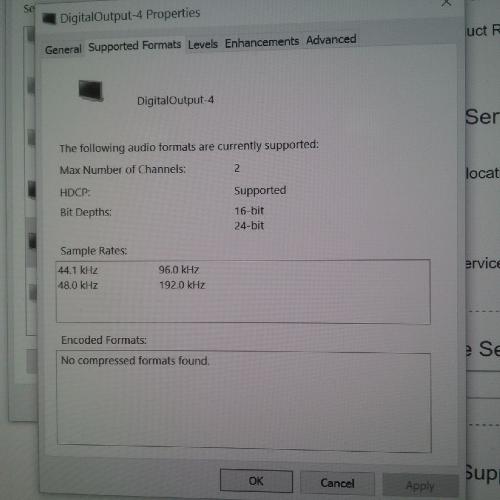 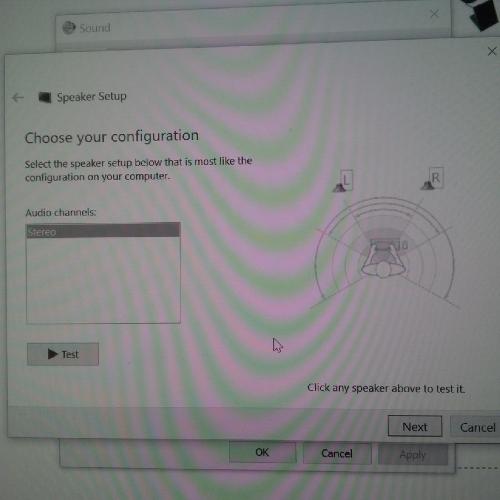 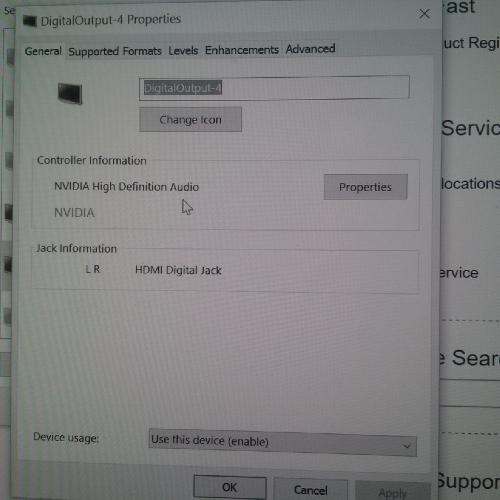 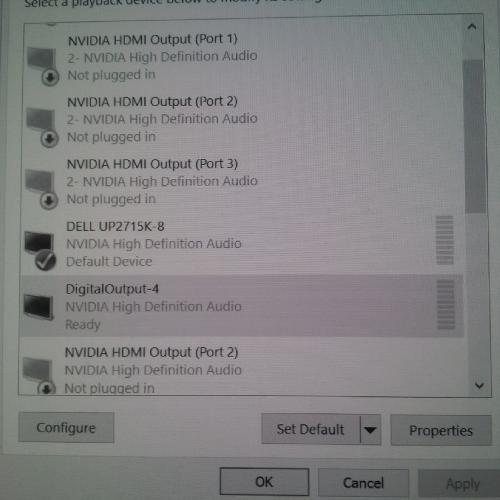 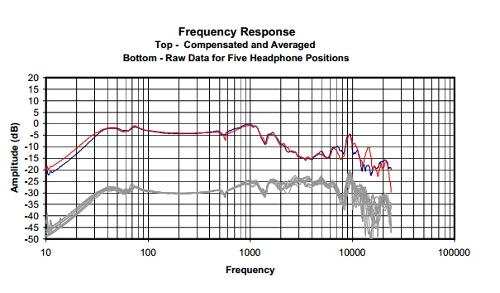 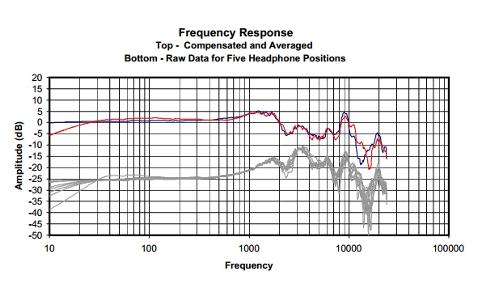 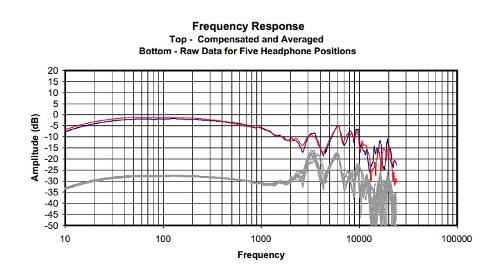 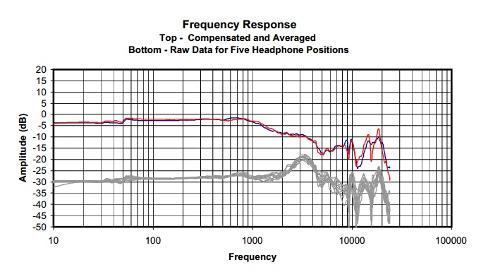 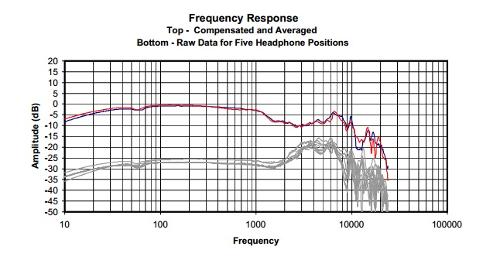 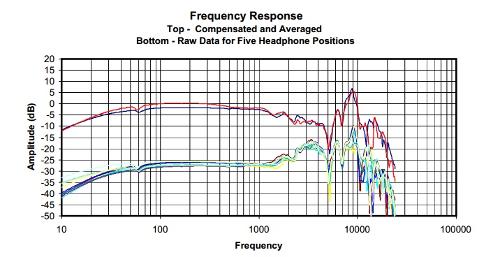 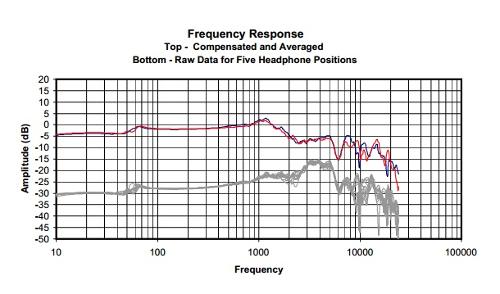 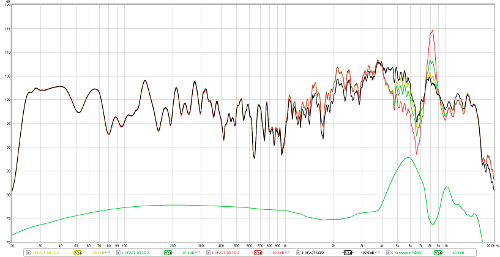 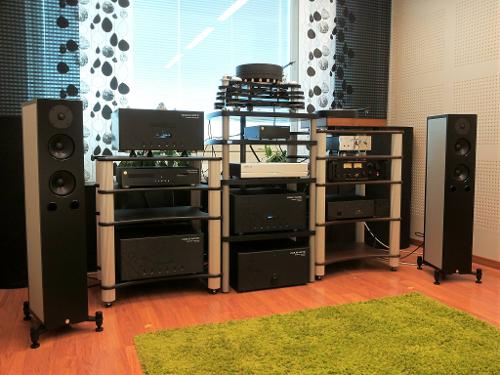 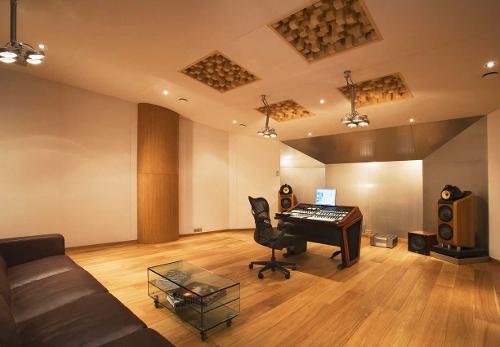 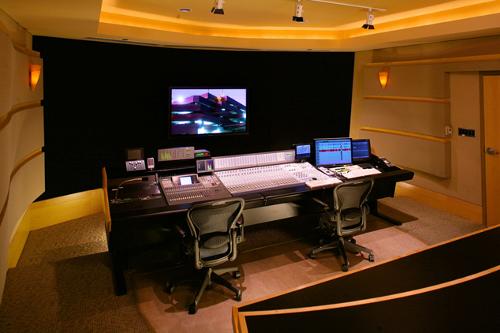 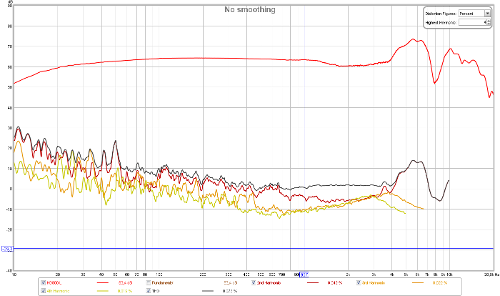 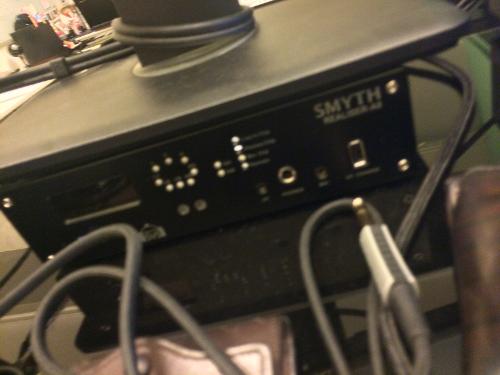 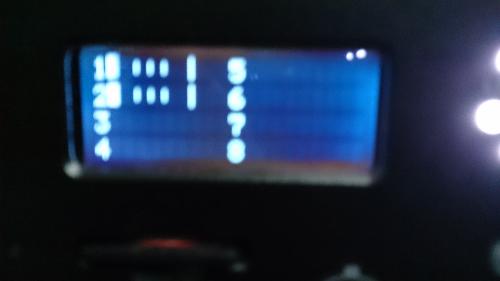 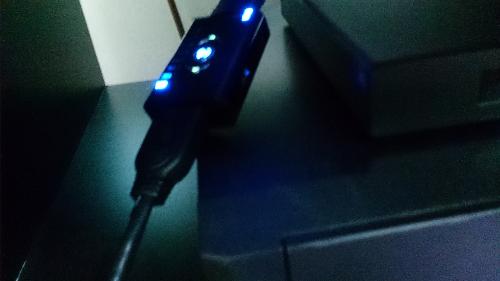 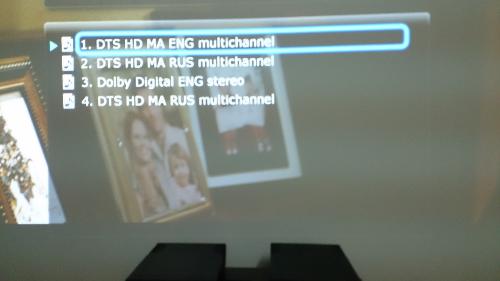 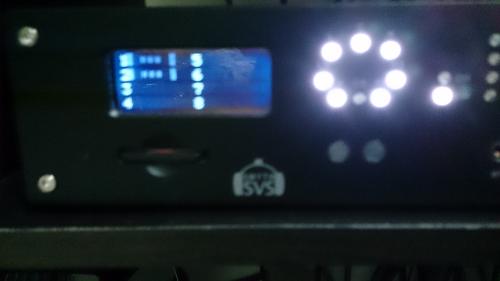 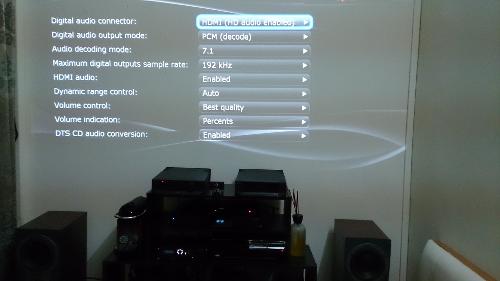 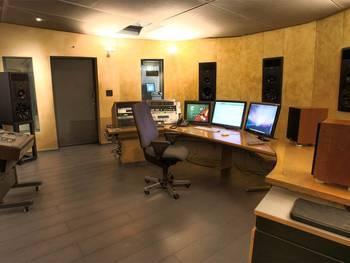 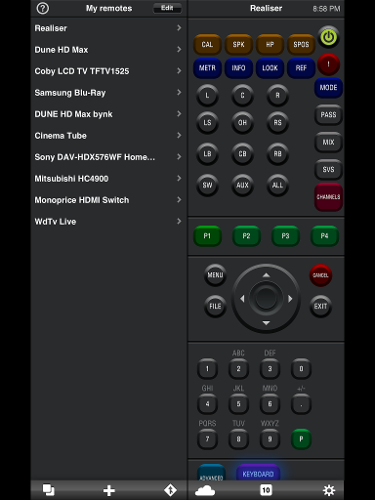 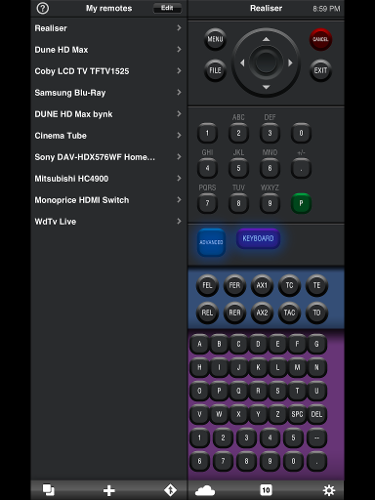 See full thread gallery...
You are using an out of date browser. It may not display this or other websites correctly.
You should upgrade or use an alternative browser.
Long awaited Smyth SVS Realiser NOW AVAILABLE FOR PURCHASE

Please see my new thread here, in the AVS Forum.

THE UNIT IS NOW AVAILABLE FOR IMMEDIATE RETAIL PURCHASE AND SHIPPING.

Oh my! Thanks for the heads up, perhaps this should be in the high end forum? dsperber, are you going to canjam?

There is such a forum?

I don't spend too much time over here and didn't want to post what I knew to be duplicate threads. I put this in full-size headphones and amps. I thought that would likely pick up anybody who might be interested in SVS.

I well might. It's just 10 minutes away from where I live.

not willing to part with 3k atm, but I have been following this for sometime. Honestly I had given up on it coming out.

Will wait for the second batch! Tagged this thread!
Take responsibilities for your actions.

It'd be a lot more exciting to me if they offered the system itself minus the headphones for a more reasonable price. I can see how some headphones wouldn't be able to reproduce the deep bass and might even get damaged trying to, but that's up to us to decide.
They gave me his photo, threw me in a pizza oven, called it a "pod", and told me to wing it

They're not in the business of selling headphones. They're only providing an entry-level but "minimally acceptable" (quality-wise) known quantity listening mechanism that DOES work with their processor, so that you won't use ear-buds and complain their box doesn't work. They can say "hey, look, you've got to use headphones at least of this Stax quality".

The entry-level Stax 404 system is what, maybe $400? So even if they offered an option to leave it out I can't imagine that the corresponding price reduction would make much difference or influence your decision.

Now if you have BETTER headphones, believe me that's fine and you can certainly use them.

Look... you know you would/will/have spent lots of money for "toys". Some are very expensive, some not so much. This particular "magic toy" (which produces a particular sound effect that either is or is not important for you) is priced at around $3K (even if sans-404 were an option).

You can decide to take it or not, depending on the value of the product and how much $3K represents in your life. Certainly your decision.

For me, who has no loudspeaker system (and never will, in my current apartment) and who has been listening through definitely far inferior Dolby Heaphone (but with the same Stax Omega-1/SRM-T1S), this is a long awaited event. $3K seems fair (how much did my Stax headphone system cost me back in 1995... $5K? obviously I decided to spend that much money on that hardware at that time, because I wanted what it would provide to me and felt the price was acceptable, especially if it would last me forever).

Is it this one? Its around 1700...
STAX SRS-4040II Signature System
PreSonus Central Station > Audioengine A5
Portable rig TBD
feedback

the 404 system is "entry-level" with minimally acceptable sound quality?

It looks like it's the 202 headphone with the very basic small SRM-252II amp. This SR-2050II system definitely is an entry-level Stax product and is the one which comes with SVS. It's priced at about $750 retail.

Sorry for the mistake.

I have certainly been looking for this product to come to market, given my previous posts.

However, after re reading your posts and noticing your post count, I wonder if you are affiliated with Smyth.

If you are it would be nice to know. Also, if you have the product, it would also be nice to see what it looks like from a user.
Take responsibilities for your actions.

I first learned of SVS when I saw an article in Widescreen Review in 2004. I've been following the progress of the product since then.

Three years ago I made contact with Smyth Research (in Camarillo CA, only about 1 hour drive from me) and have been emailing back and forth with them, looking forward as each new year rolled around and each new CES came and went that maybe, just maybe, this would be the year the product would come to market.

Exactly one year ago I was invited up to their offices for something I'd been asking them for for a long time: an actual demo. They finally felt they had a product prototype they could show me. I wrote about my experience in this AVS Forum post last year.

And now, five years later, I finally own one.

While my post count on AVS forum (where I've been a member since April 2001) is up near 3,000, I admit that my post count on this group is minimal. I've been a long-time owner of Stax equipment (going back to the 1980's) and simply have not felt the need to "actively" participate here (i.e. contribute, through posting) although I have been a "lurker" reading the forum for quite some time.

I simply haven't been in the market to buy any new headphones, being quite satisfied with my Omega-1/SRM-T1S system from 1995.

But if you read the AVS Forum, you'll see that I've been actively talking about Pioneer DIR-SE1000C and Dolby Headphone devices for many years. And again, I've been a VERY active participant in that group since 2001. I simply have much more active interest in all aspects of HDTV, content and equipment, than I currently have in headphones (because I'm satisfied with what I own).

To answer your question, I have ZERO ASSOCIATION WITH SMYTH . I, just like you, have been looking forward WITH GREAT ENTHUSIASM to the product since 2004.

And now I have one in my hands. Can you honestly complain regarding my enthusiasm in finally acquiring something you've been lusting after for five years, or accuse me of spamming this group and being a mole for Smyth?

Sorry to disappoint you. I'm just another civilian.

Hoever I am an avid enthusiast and consumer of "virtual surround" headphone-based equipment as my apartment situation does not permit me to have the true loudspeaker-based surround system I'd really like to have. And SVS is definitely the holy grail for headphone lovers, a far cry from the Dolby Headphone processors I've been using for the past three years.

Are you asking me to post a photograph, to prove I really have one and that I'm not making all of this up? 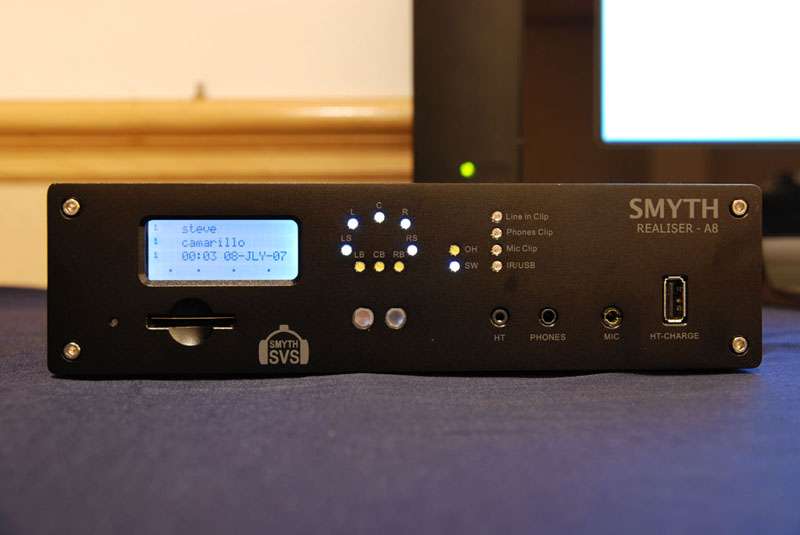 (not my photo, but this is exactly what it looks like from the front) from the 10/2008 CanJam show at LAX Hilton. In fact, that photo is from the discussion thread ON THIS FORUM of that show.


Why are you so suspicious... because I'm a relative non-poster on this forum? That makes me suspect? Check me out over on the HDTV forums at AVS.

If you don't have any real interest in the SVS product, fine.

If you are genuinely interested in finding out more about it, or maybe even buying one, you can contact Lorr Kramer at Smyth via this email address. He actually IS an employee of theirs.

But your suspicion as to my honesty and character and possible association with Smyth (of which ZERO exists, other than that I've met them personally several times and consider them to have invented a genius product, of which I now own one) is unwarranted.

How about if I'd started this thread with a subject title something more along the lines of "Smyth SVS Realiser A8 - official owner's thread", like we do over on AVS for each new piece of equipment that lots of people buy?


Now, what else would you really like to know from me about the product itself?

To be honest, it's still packed up in the carton following its use in my Sunday calibration/personalization at Smyth's sound room. I am awaiting the arrival of the Onkyo SR706B that I ordered last night, in order to actually set this all up and begin using it.

Unfortunately, this is not true. I spoke with them today and there is already a waiting list which I am on.

Can that really be true? Already? Is it possible that what they had has already on Sunday been sold? More likely perhaps is pre-allocation.

Don't know. I asked them specifically as I left, "can I tell people on the Interweb that this thing is now finally available for sale, immediately, after all these years of waiting?" and they said "YES". Else I would not have made the statement I did.

Anyway, my honest sympathies. I hope they make one appear for you very soon.

It is for sale as I have been corresponding with Steve Chueng at Symth for a long time about availability. He contacted me last week and said they are for sale. I am sending my check today.
You must log in or register to reply here.