You are using an out of date browser. It may not display this or other websites correctly.
You should upgrade or use an alternative browser.
LFF's MUSIC PICK OF THE WEEK (03-19-2006) (Sorry it's late)

Sorry it’s a few days late but I have been busy writing an appellate brief for school and I have had a lot of work at the office AND I have no internet at home. So, in light of that, I made it up to you guys by offering two recommendations instead of one. Let me start of by clarifying that this is not an English speaking album. However, here is one thing this album is: American. That’s right. American. Most people think Salsa is a type of music that comes from a particular place in Southern or Central America. This is not true though. “Oh yeah, I love Salsa LFF, especially with Chips!!”

No, I am not talking about the dipping kind, but rather, the dancing kind.

Salsa is not easily defined. Who invented salsa? The Cubans? Puerto Ricans? Americans? Hitler? Aliens? In reality, Salsa is a distillation of many Latin and Afro-Caribbean dances. While each has played a large part in its evolution, I consider modern salsa to be an American invention.

Salsa is similar to Mambo in that both have a pattern of six steps danced over eight counts of music. The dances share many of the same moves, except that in Salsa, turns have become an important feature, so the overall look and feel are quite different form those of Mambo.

The main credit goes to Cuba whom we must give credit to for the origin and ancestry of this creation. It is here where Contra-Danze (Country Dance) of England/France, later called Danzón, which was brought by the French who fled from Haiti, begins to mix itself with Rhumbas of African origin (Guaguanco and other types). Then you add the Són of the Cuban people, which was a mixture of the Spanish troubadour (sonero) and the African drumbeats and flavor and a partner dance flowered to the beat of the clave.

This mixing of elements also occurred in smaller degrees and with variations in other countries like the Dominican Republic, Colombia and Puerto Rico. Bands of these countries took their music to Mexico City where they hoped to hit it big. Around this time, in the 1970’s, a similar movement began to occur in New York and was promoted by small record companies like Fania. It was here in this New York movement where the traditional elements where fused with elements of funk, jazz, various percussion techniques and which eventually became the popular Salsa we hear now.

Thus, I feel that Salsa is as American as Jazz or the Blues. So, with that in mind, here is a little domestic album straight out of New York movement in the 1970’s which I think happens to be a real jewel in the music world.

Siembra means “to plant” in Spanish and that is the name of this album. The themes in the album range from street realities to vanities of yuppie latin people. However, the album mainly sings to soothe the immigrant soul and plants messages of hope for a better future - hence the name. The album opens with Plastico (a song about yuppie latin people) but instead of the usual intro which was common in those days, we get a thumping deep bass line – reminiscent of funk.

As soon as the bass line hits, I can't help buy start to move my head to the music.

The key song on the album eventually became the anthem of Ruben Blades – Pedro Navaja. Pedro Navaja is a song which is very reminiscent of Mack The Knife but in a “a la latin” style. Pedro Navaja offers mambo couples with atmospheric street sounds which make this piece a true urban epic. Pedro Navaja tells the story of a street thug and a modern day woman trying to earn a living in New York. I don't want to ruin the song by telling the story, but to this day, Pedro Navaja is still considered to be a masterpiece of the Salsa genre. I completely agree.

“So LFF, how is Blades as a singer?” Well, he can definitely croon. Blades is strong, expressive and croons as a rich, resonate tenor, which in short, gives you a very talented story teller.

“Ok, LFF, so Blades can sing – what about the band?” – Fantastic question to ask – after all – Riddle sure did compliment Sinatra! In this album the main arranger is Willie Colón. Colón employ’s a very potent and capable band in this album. The choruses are very catchy and listener friendly. On the whole, the musicians fall nothing short of being remarkably talented.

So, in conclusion, Siembra combines the fantastic crooning of a strong storyteller coupled with the stellar and fantastic playing of Colon’s band which make this album, in my humble opinion, a definite must have for music lovers.

On a different note, this album was produced by a company named Fania in 1978. Fania was recently purchased by another company and this new company has decided to re-release all the Fania classic albums with new liner notes and – BEST OF ALL – new remastering. The remastering on most of the albums was done by Bob Katz of Digital Domain and let me tell you – they sound absolutely phenomenal. 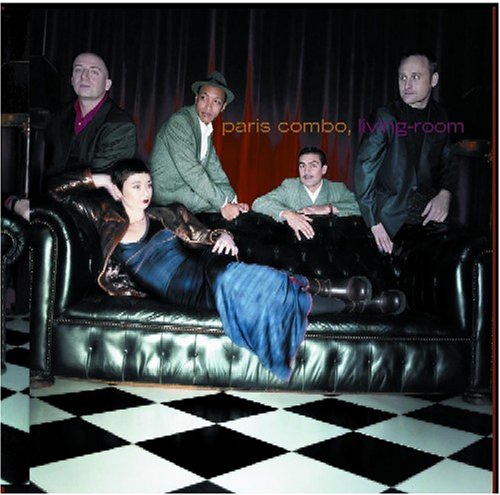 Now let’s move from New York over to France shall we. Let’s imagine a band which is highly inspired by jazz, latin and gypsy music, reinvents the sound of acoustic French music and street musette and which contains fantastic musicians. Let’s imagine a band whose acoustic sound is classic but with a modern egde and which does not contain computer generated beats and rhythms. Let’s imagine a band with the classic sound of Edith Piaf, the swankiness of the Cherry Poppin' Daddies, the jazz genius of Miles Davis, the timelessness of the Segovia, the guitar talent of Django Reinhardt and the pop crossover appeal of Big Bad Voodoo Daddy. I am sure your thinking “WOW”. Well, think no more because this band is Paris Combo.

My intro is a bit misleading though. Paris Combo is not composed of just French musicians but it includes musicians from all over the world. This is the reason why their sound is so unique and why their music contains rhythms foreign to France. In their music you will find hints of flamenco, mediterranean music, gypsy sounds, latin rhythms, American jazz, swing, and occasionally French musette. However, once you listen to this music you will have a hard time not imagining the band in a French Cabaret somewhere in Paris.

This album, "Living Room" is a follow-up to their critically acclaimed "Paris Combo" album, yet it steers away from the cabaret tradition. “But you keep mentioning Cabaret LFF!” Yes, I know, but "Living Room" is far too diverse an album to be bunched into one category. The title track opens the album with Belle Du Berry's sensual vocals. How sensual you may ask? So sensual that they transcend any language barrier (think Marlene Dietrich sensual). Potzi, the guitarist, puts down some serious licks (a la Django Reinhardt) which only seem boast his musical and mediterranean influences. Bassist Mano effortlessly swings his way through all the songs, laying down the rhythm and some fat bass lines. Drummer François-François admirably carries most of the rhythm section playing with intensity and great skill, reminiscent of great jazz drummers like El Negro Hernandez. Trumpeter David Lewis plays a Miles Davis-sounding muted trumpet on some of the tracks adds a jazzy ambiance which is just icing on the cake.

I have owned this album for quite some time and I still play it often. I play it very often in fact. To this very day, I do not have a clue what they are singing about, but "Living Room" speaks volumes about the universality of music. Paris Combo's music is on another level that contains freshness and vitality that allows non-French speakers to admire the music and singing as much as those who understand what the songs are about.

HIGHLY HIGHLY RECOMMEDED
IF YOU PM ME...I WILL GET BACK TO YOU. JUST BE PATIENT.

Just got another album due to your reccomendation!

Cool! Which one did you get?

For those of you interested in Paris Combo - I know yourmusic has at least one of their albums for 6 bucks.

So Luis, what do you think of the CD's from these artists that are available through yourmusic?

Organizer for Can Jam '09

Remind me on Saturday to have a listen to these when I'm over there.

I know many critics and music experts would say that Siembra is the high water mark for Blades. As for Paris Combo, well, all their CD's are fun. I own Motifs as well and I throughly enjoy it. However, I prefer Living Room over Motifs. But hey, for $5.99 on each one, you can't really go wrong considering the caliber of musicians. I have not heard Tras La Tormenta, but it is in my yourmusic queue.

In short, both are solid choices considering the content and price.
IF YOU PM ME...I WILL GET BACK TO YOU. JUST BE PATIENT.

Amazon dot england has a double-disk of paris combo albums. With "living room" and their self-titled (presumably-debut) album.

Ouch, another CD order... if I remember rightly I am now treble-parked with amazon orders....

Cool! HERE is the link if anyone is interested. Thanks for the heads up Stew!

Right now I'm about halfway through my first listen of Living Room. I've never heard anything quite like it. It's really cool - thanks for the recommendation!
You think this is the real Quaid?...... It is!

Do you have a resource for any sample tracks from the other rec?? I love Salsa/Cuban/Latin/Flamenco/etc. and would like to sample the goods!

btw - did you ever check out Pepe & The Bottle Blondes? Should be on your list for sure if you like the Cuban/Salsa stuff!
GOD.Family.Country.Borders.Language.Culture