You are using an out of date browser. It may not display this or other websites correctly.
You should upgrade or use an alternative browser.
LFF’s MUSIC PICK OF THE WEEK (02-26-2006) 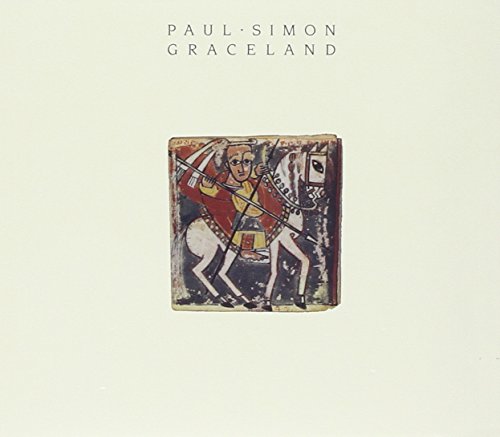 For the older folks here it is hard to imagine anyone who is 30 years and older who hasn’t heard at least one track from this album. However, the reason I picked this particular album this week is because I was startled to find out that one my brothers friends (who is 19 years old) doesn’t know who Paul Simon is. Moreover, he had NEVER heard of Graceland. So for those who don’t know or haven’t heard of this album, here is why you should own it:

Paul Simon started out with Art Garfunkel. I am sure you have heard of Simon & Garfunkel – he was the Simon.

In his days with Garfunkel, Paul Simon represented the average, shy, introverted kid, lonely in his bedroom, distressed by post-puberal sensitivity. If you disagree - just listen to his song Mrs. Robinson which has been used very effectively in many movies dealing exactly with the topic of coming of age. Anyway - Simon & Garfunkel employed vocal harmonies and the folk ballad to convey an easy laid back sound which is synonymous with their name. As time passed, Paul Simon decided to go on his own and broke apart from Garfunkel and shifted the emphasis on ethnic music.

This in turn brings me to the current album – Graceland. Released in 1986, Graceland was one of the best releases of the 1980’s and won a well deserved Grammy for best release of 1986. Graceland contains a South African influenced sound which was and still is quite unique. Moreover, the sound varied from track one until track eleven, experimenting with both mbaqanga and zydeco fusion and including musical styles from Malawi, Zibabwe, rhythms of Soweto and some songs sung in Zulu..

Graceland goes beyond the distinction of just being a good album – it is a cultural milestone and accomplishment. From what I heard, Paul Simon composed it after taking a trip to Africa and insisted on allowing Africans to take part in the production of the album. The result were various African arrangers helping out with the words and music (including Chikapa Phiri and Joseph Shabalala from Ladysmith Black Mambazo).

There is also a special appearance by Linda Rondstandt. Rondstandt lends her gorgeous alto to enhance “Under African Skies.” The artists which accompany Paul Simon are wonderful (accomplished players such as Baghiti Khumalo (bass) and Ckikapa “Ray” Phiri (guitar)). However, it is Simon’s voice and accomplished lyrics which carefully mesh with the mellow African grooves which stand out in this album. The ingenious use of percussion, accordion, horns, and backing vocals throughout the album and the many disparate musical elements blend into a seamless simple sound that can only be called a huge accomplishment. The album may be old but the music still remains as fresh, lively and fun as the first time I heard it at the age of 9.

I definitely consider this album to be a cohesive piece. Each track seems to flow naturally from the previous track. The recent re-release, which I linked above, includes extra bonus tracks, which I feel are a cool addition but hinder the original flow of the album - nothing that can't be fixed by ripping to lossless. The best thing about this re-release is the remastering. The sound is fantastic and is leaps and bounds beyond the first CD release. I know because my father owns the first release. The sound is crisper, clearer and the bass and guitar comes through much better. 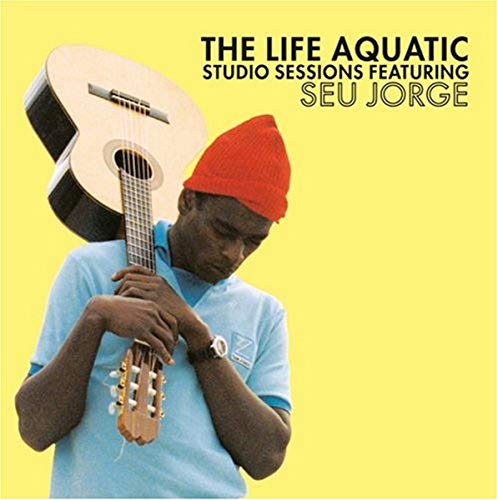 This is for those of you who saw the above pick and said “WOW - Big deal – good job LFF, pick an album whom everyone knows about.” – I know there are some of you who said this. So here is one for you:

The Life Aquatic With Steve Zissou was a movies which I was forced to see due to my brother’s ever growing fascination with movies - not to mention he worships any movie released by Wes Anderson. I don’t really get the movies but I do enjoy the soundtracks.

This soundtrack really stood out from the rest of Anderson’s soundtracks because of his inclusion of Seu Jorge singing covers of David Bowie songs in Portuguese played on acoustic guitar with only Seu Jorge singing them. When I heard him in the movie I thought “Gee, that song sounds very familiar – of course – it’s Rebel Rebel!!”. It immediately caught my ear. Needless to say I was soon in my local music store looking for the soundtrack. To my despair, the original soundtrack only included a few of the songs. I passed mostly because Anderson’s soundtracks are badly remastered and because a few of the songs I wanted were present on the soundtrack.

Enter this album. It seems that public demand was quite high and thus Anderson decided to get together with Randall Poster and release a Seu Jorge only album. Thank goodness. Moreover, the remastering is fantastic. It is definitely a great listen on Grado’s and UE-10’s. The songs are all written by David Bowie and are all performed acoustically by Sue Jorge in Portuguese. The singing is not the best, but the songs reach a whole new level of beauty through the acoustic guitar and Seu Jorge’s beautifully textured voice. Jorge’s warm and loose guitar playing matches his timbre, resulting in a batch of covers that retain the original framing of the Bowie classics while reminding the listener of singers like Caetano Veloso.

It definitely makes for an interesting listen for audiophiles, lovers of Brazilian music, lovers of World music and lovers of David Bowie’s music. Recommended!
IF YOU PM ME...I WILL GET BACK TO YOU. JUST BE PATIENT.

Ok, I'll admit, I'm almost in the same boat as your brothers friend. I have heard of the album before, and knew who Paul Simon was when you mentioned simon & garfunkel. I was only 2 when it was released, so I don't quite remember it when it came out. I didn't *really* start to get into music until I came to college.
I've learned about a lot of great albums I probably never would have gotten if hadn't read about them in here in the music threads. Thanks for the great post ... Graceland is already in my cart at yourmusic (the college students best friend)

lol, it's diamonds on the soles of her shoes

graceland is a great album, i've recently borrowed it from a friend, and it's very firmly in that all important text file "albums to buy"


seu jorge - the life aquatic studio sessions is now there, too

keep up with these music picks of the week, the mozart requiem one had me all excited, too

I bought the Sue Jorge album after hearing an review on NPR and actually had rather low expectations. I was expecting more of a karaoke or cult classic sound (Portugese Bowie

) but after listening to it I was really suprised. This album is wonderfully original, simplistic and musically fantastic. It is certainly not a tribute or parody album, rather he pretty much stays away from the mainstream Bowie mega-hits and presents a raw original sound. Great recomendation.

Funny, I'm an "old guy" who probably didn't own Graceland until about 10 years ago. My parents owned Graceland before I did. See, I grew up with Simon & Garfunkel. Extremely good stuff. Go out and buy "Bridge Over Troubled Waters", forget about how many times you might have heard the title track (or bad covers of it) and listened to the whole disc. It is killer. But Paul Simon? To me he was "Fifty Ways to Leave Your Lover" as a solo. Yeah, I'd heard a lot of the tracks on Graceland, but "Call Me Al" sort of always was my mental picture of the album, with Chevy Chase doing the music video with him. My point? I was wrong and it took me ten years to realize it. This really is another killer album. The disc is so much better than that one song and better than anything Simon did solo either before or since.

I must say that I am very happy to see that I have introduced some people to these albums. Thanks to everyone who has PM'd me as well. I also second Bluesdaddy's recommendation of Bridge Over Troubled Waters. It is a great album as well.

Glad to hear your liking them. I am also glad a lot of people like the Mozart Requiem pick.

Thank you very much for the Seu Jorge recommendation! Him singing David Bowie covers was probably my favorite part of the movie. I'll have to go pick up the album today.

I am sure you will grow to love the album. It is definately one of my favorites!
IF YOU PM ME...I WILL GET BACK TO YOU. JUST BE PATIENT.

Thanks, I just added Graceland to my Music Queue at yourmusic.com, the remastered one. Looking forward to it!
Team "Curse You, Head-Fi!"

Looks like I'll have to replace my vintage Graceland CD with the remastered one now, Luis... you are evil, y'know that?

graceland is a wonderful album. esspecially if youve got a pair of bongos in your lap to play along with

but i think i like Rhythm of the Saints a lot better. graceland seems more american pop than percussion, while rhythm of the saints is the opposite, which for me, is a good thing. just MHO.