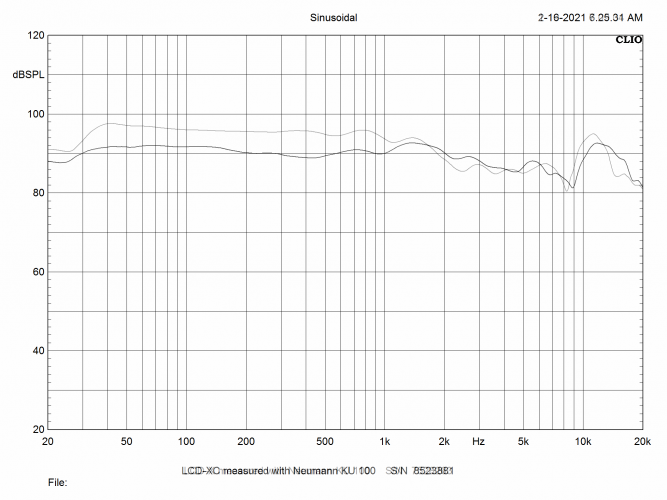 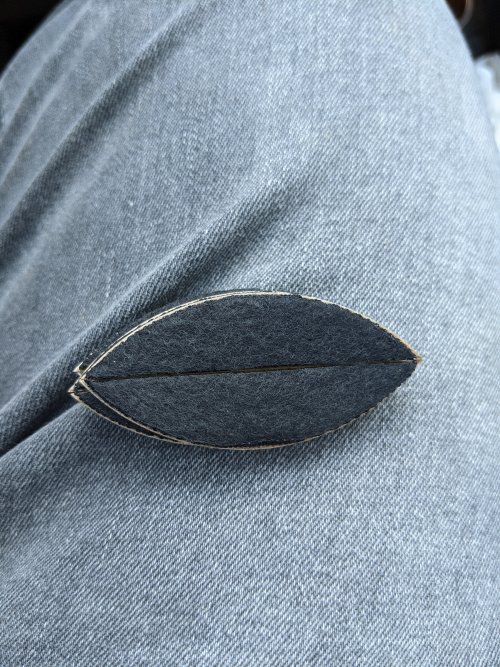 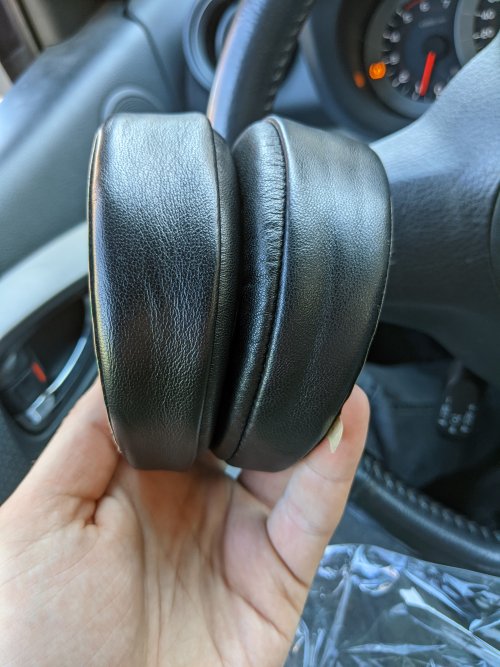 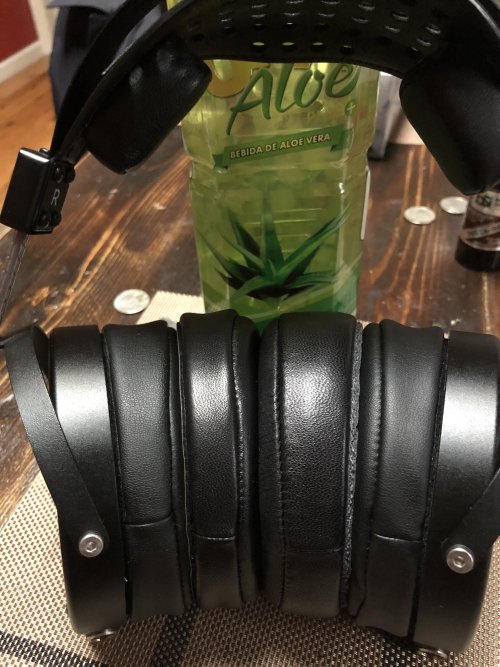 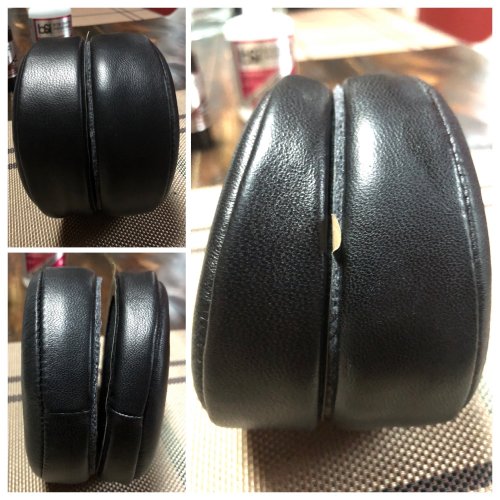 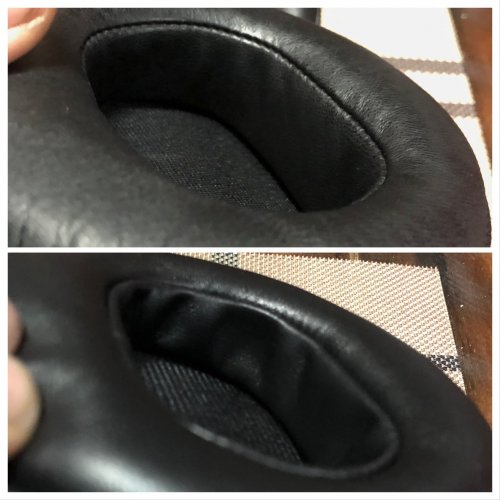 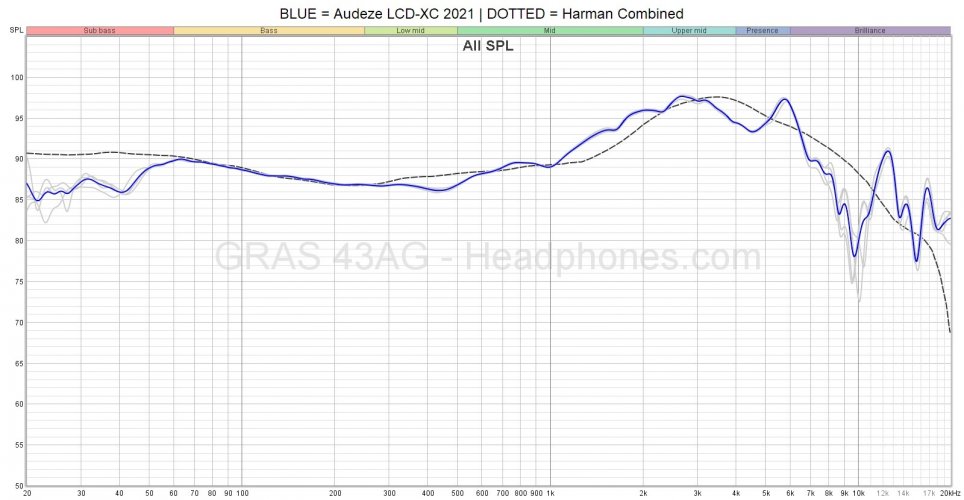 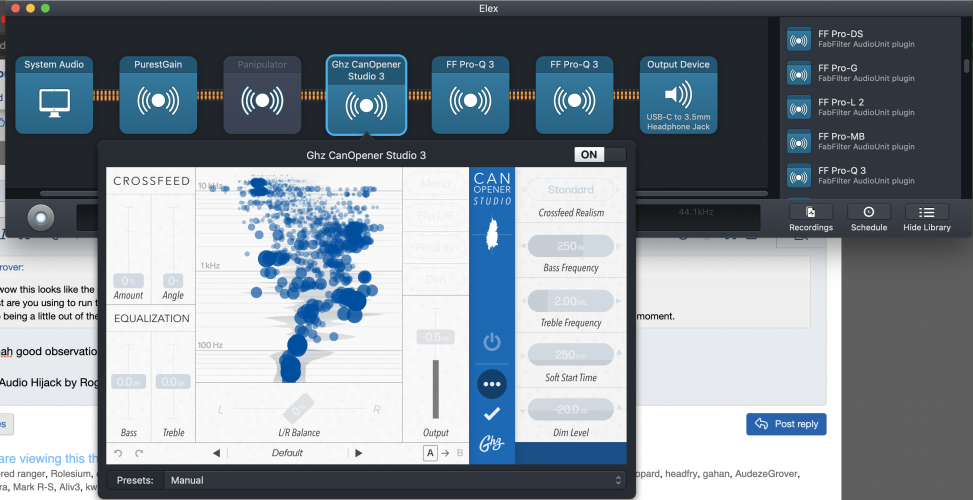 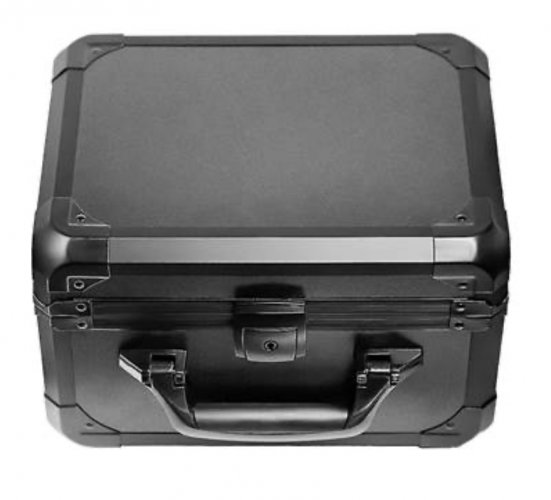 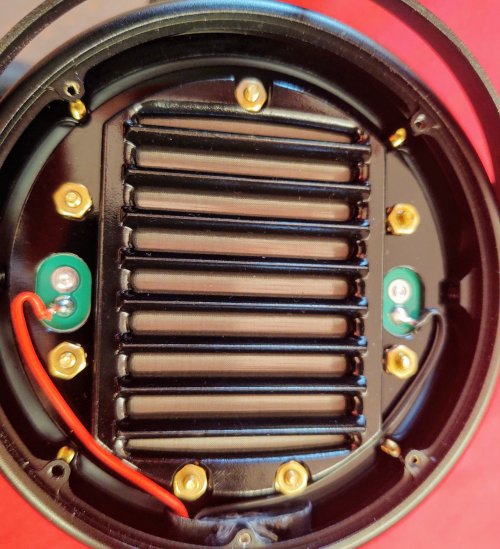 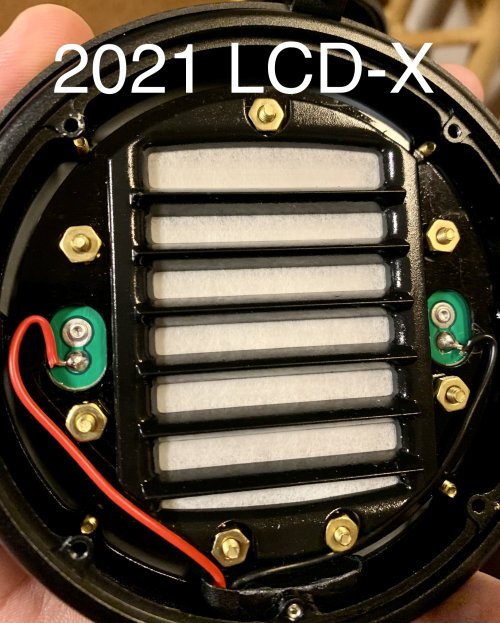 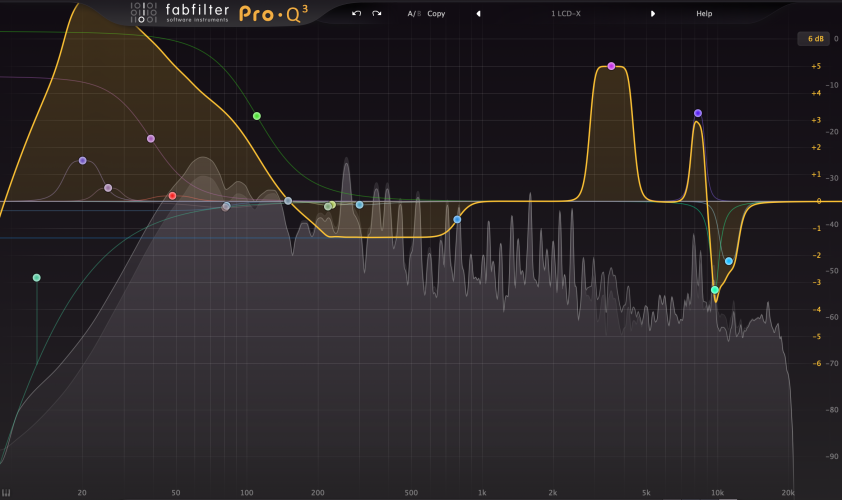 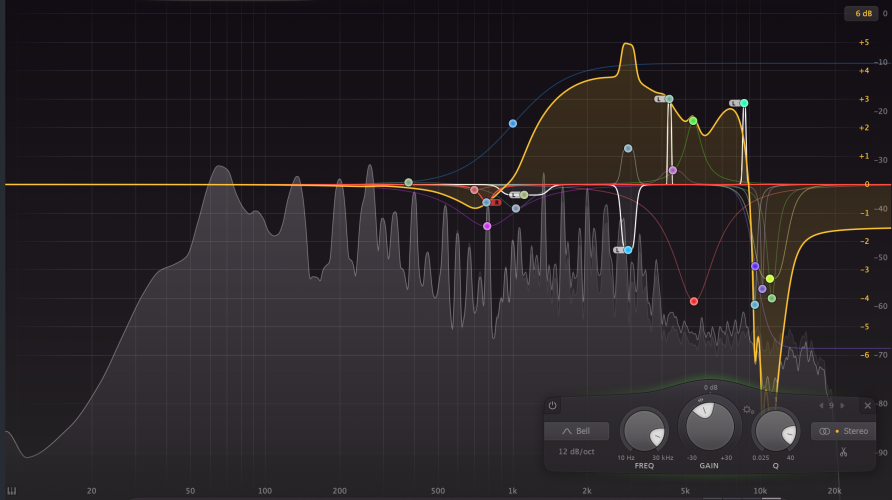 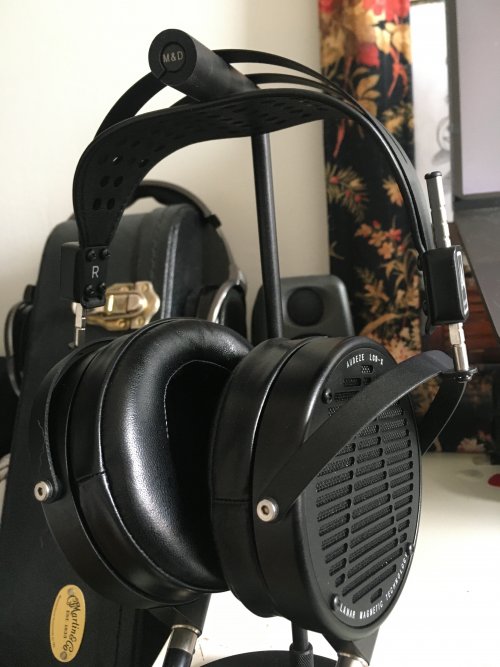 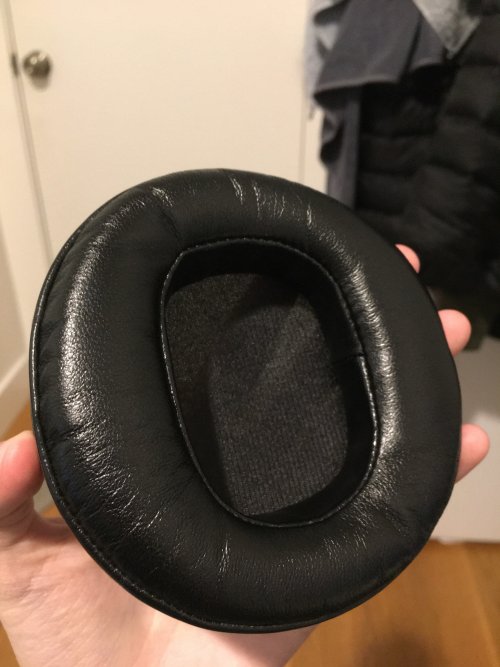 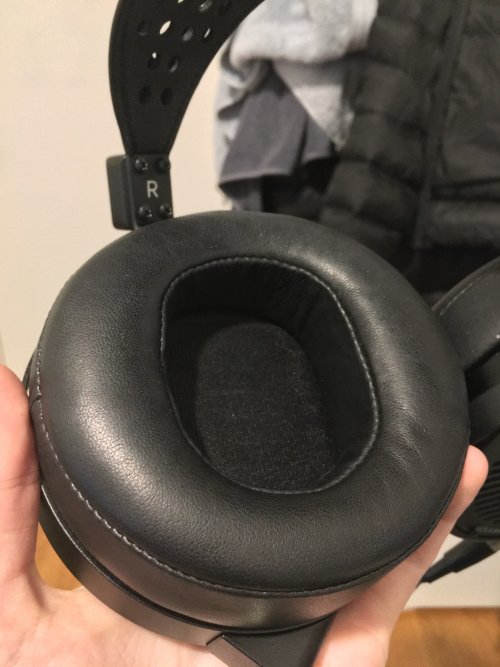 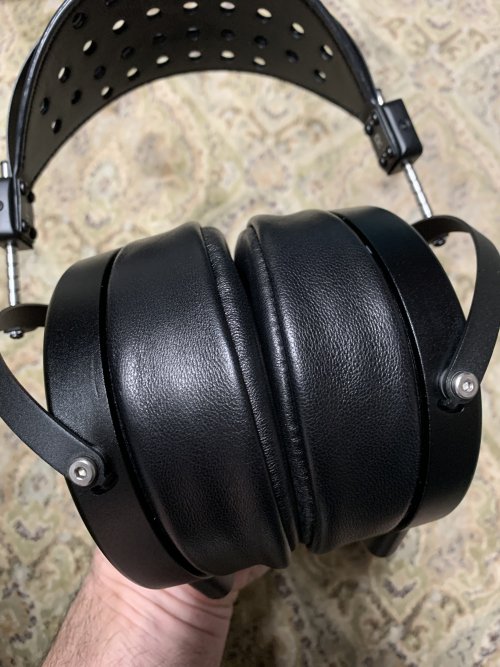 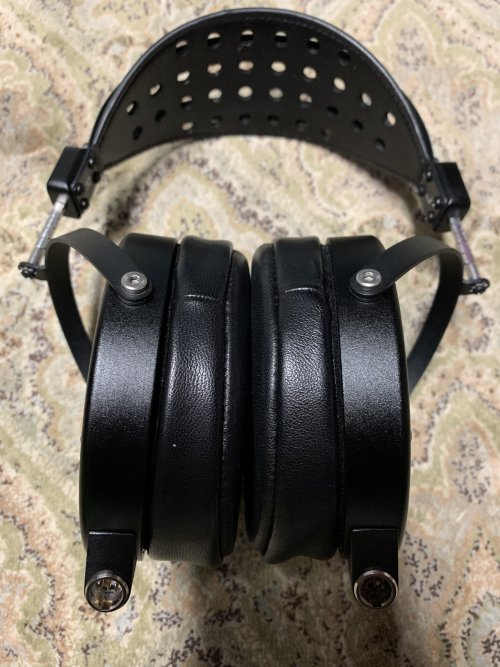 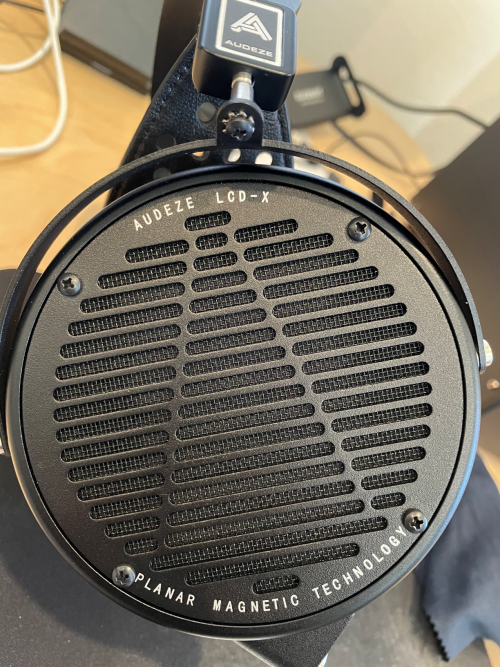 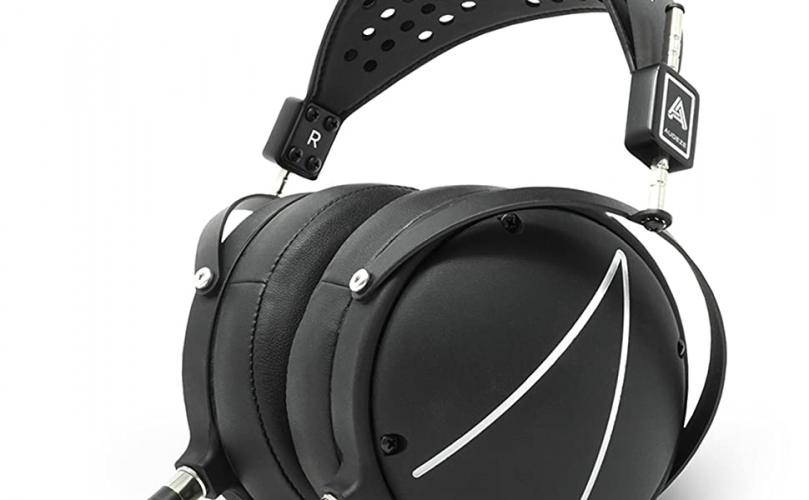 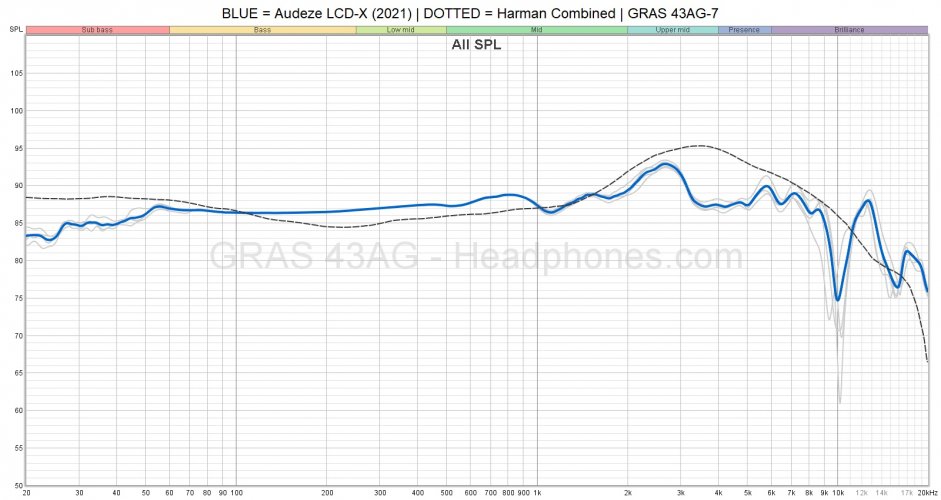 See full thread gallery...
You are using an out of date browser. It may not display this or other websites correctly.
You should upgrade or use an alternative browser.
LCD-X and XC Update

Seannlifts said:
Yeap, apparently its a completely new driver, not just pads. $580 is what they quoted me.
Click to expand...

Jeeze. Sounds like full price, $500 for the drivers and $80 for the pads. If we can be shown how much the drivers vs pads make a difference, the customer should be allowed to choose if they just want the pads instead...
S

FYFL said:
Not exactly spare change to “upgrade” headphones less than a year old. But, it might be worth it........ Hopefully, someone can make some comparison. Since I don’t EQ, it seems like a tempting proposition.
Click to expand...

Exactly! That's why I'm waiting to see if it's completely worth the upgrade. Atm I'm running a combination of Oratory and Resolve's eq on the 2019 version and it's absolute bliss...

I got my LCD-XC one month before the update, I like them but now I want to know if the new version is better.

I have really really old 1st or 2nd gen iteration models. Maybe I should take advantage of this and send them in for an upgrade?

metal571 said:
Jeeze. Sounds like full price, $500 for the drivers and $80 for the pads. If we can be shown how much the drivers vs pads make a difference, the customer should be allowed to choose if they just want the pads instead...
Click to expand...

I think, starting with new pads would be my first move.

Infoseeker said:
I bought new lcd-xc earpads in January 2020. Was this after the new earpads changes were done? Or should I order new earpads?
Click to expand...

I would email support to confirm, since this was before I worked for Audeze, but I think these would be the old style earpads.

iviustang50h said:
Are these changes also being made to the LCD2- line?
Click to expand...

EDIT: I was mistaken, all new LCD headphones have the new pads. Apologies for the incorrect response here!
Last edited: Apr 6, 2021

FYFL said:
No problem. I just asked them if there’s a way to update older model. If there’s some tweakery going on in circuitry, it would be impossible to get that FR. If that is part of updated “tuning”,
If it’s just pads? That would be awesome news. Hope @Audeze could clarify that.
Click to expand...

Magnet arrangement has been changed and earpads have been changed. We recommend sending them in and not just swapping earpads as the changes are designed to work together in tandem. Email support@audeze.com to ask about that.

elira said:
I got my LCD-XC one month before the update, I like them but now I want to know if the new version is better.
Click to expand...

you should already have the new unit, see the dates in the original first two posts.

I literally purchased my LCD-X the day the change went into effect (2020-11-23), but going by the serial number I have, it looks to be a just before the revisions.

Funny thing is that it does at least have the newer material behind the grill.

I just wanted to let anyone interested know that I received a pair of the new/revised Audeze LCD pads & I'm going to be putting them on my Oct. 2020 LCD-X S:N 7527257 (which closely resembles the FR measurements taken by Resolve, posted by metal571) and sharing impressions.

I know a lot of us are wondering how much/how little the pad change is going to affect FR tuning so I'll try to do my best at giving as accurate of impressions as I can. What I'll mostly be looking for is changes above 1kHz, so stay tuned for that. I'm excited to get home and put these babies on!

EDIT: Probably not going to be able to post impressions til tomorrow, since the pads are at my job in Queens NYC but I'm visiting with my partner in Pennsylvania right now. Won't be home in time to grab from work so will grab tomorrow morning and post impressions sometime in the PM.
Last edited: Apr 1, 2021

trellus said:
I literally purchased my LCD-X the day the change went into effect (2020-11-23), but going by the serial number I have, it looks to be a just before the revisions.

Funny thing is that it does at least have the newer material behind the grill. They implemented the grill change on all models in early 2020

I ordered my creator package LCD-X with leather pads from Adorama the first week of February. My serial indicates I have the 2021 revised version but it came in the cardboard box (my understanding is the new economy case only started shipping a few weeks ago)

I have no comparison to the previous version but I must say.......I REALLY enjoy the way they sound and don’t hear any of the flaws I’ve heard others express in the past about their FR. I originally had the LCD-2 Classics for a month as they seemingly fit the bill for my needs. I’m treble sensitive and a lot of the music I enjoy (specifically Metal) tends to be poorly recorded with hot treble that gets fatiguing very quickly for me. As much as I enjoyed them I simply found them too dark in the top end and missed a lot of the recorded details because of that. Apprehensively I decided to send them back and spend more than I ever thought I would on headphones ($1900 after tax for us Canucks) and got the X. Why was I apprehensive? Because of concerns I’d seen others raise about their FR shortcomings.....areas that are red flags for me. I assumed I wouldn‘t enjoy how the mids/top end was implemented. But I figured what the heck......if I don’t like them, back they go. In short......2hrs into my first listening session I knew they were keepers for me and my preferences. I listen to them for hours on end, often at elevated levels and never find them fatiguing except on truly bad recordings which is no fault of the X themselves. I simply find them very enjoyable to listen to and early on I often wondered why so many others had the issues that I wasn’t hearing at all. Now I guess we know why with this revision news.

Speaking of the pads. Again.....I don’t have ”in my hands experience” from the previous version but I can compare them to the 2020 LCD-2 Classics I mentioned earlier that I had for a month before I returned them and stepped up to the X

Compared to the non leather, memory foam pads those are fitted with, the revised pads on my LCD-X are not memory foam which surprised me at first when I took them out of the box because my understanding was thats what Audeze used. They’re also slightly shallower in comparison (and seemingly shallower than photos of older LCD-X I’ve seen). Still super comfortable, no issue with the fazor touching my ears (YMMV) and I don’t get that initial vacuum seal I used to get with the LCD-2 Classics when I’d put them on. In short I have no comfort complaints whatsoever and couldn’t be happier with them.

sennfan83261 said:
This portion of your post seems to be an argument against the LCD-X being used in a professional setting (e.g. mixing and mastering) where a reference sound signature is required.
Click to expand...

There is no such thing as "reference sound".
There isn't even a true consensus on what that means...
The only way you can have a "reference of sound", as that is "reference sound" is to have every set of ears agree that one sound delivered by one gear, is THE Reference.
What would that be?

Remember when Audeze sold you their "reference sound", LCD-1?
is it?
no.
It's just theirs...

See, there is no such thing as "reference" in the sense of representing with photographic likeness, any sound.
This does not occur.
A Recording is an attempt to capture a sonic event.
Live, .... does not sound like digital, and it never will, but, digital can sound like a really good representation of "Live".

So, when you are a studio professional, you will have your gear that that you use to get the end result that is the sound you are after...
That is "your sound",, and if you make some hit records, your recordings become known as "your sound".
A Mastering engineer, has their sound and people go to Bob Ludwig because they want their record to have "His sound".
But his sound is not "reference", its just His sound and Bob Clearmountain has His sound, and on and on.
All that is......is YOUR Reference sound, or sonic preference.
None of it is "right" as there is no such thing, as only individual ears determine this, per person.

IN the last 7 yrs, a software called AUTO TUNE< has become a VOCAL EFFECT, and i despise it. I hate it. I hear it on all vocals now.
Its that plasticy, Robot sounding, effect, on every vocal genre`, except for Classical music, as that is still not allowed.

So, as a engineer, you train your ears to hear what is going to sound good to most ears who hear it, and that sells it.
You learn to do this by mastering your gear, including knowing how your speakers or headphones are EQ shaping sound, and you work with that, and end up with the finished product.
Last edited: Apr 1, 2021

I’m impressed they are even agreeing to an upgrade. Audeze (like any hardware manufacturer) have the right to update their products specs whenever they want. Agreeing to take your older kit and upgrade it is pretty unusual in my humble opinion.
You must log in or register to reply here.