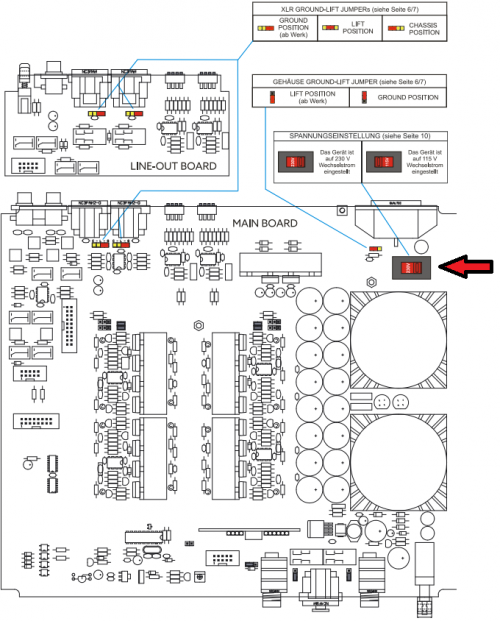 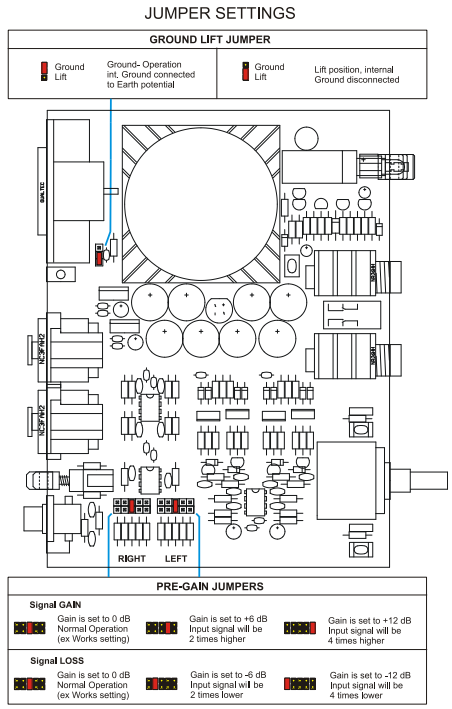 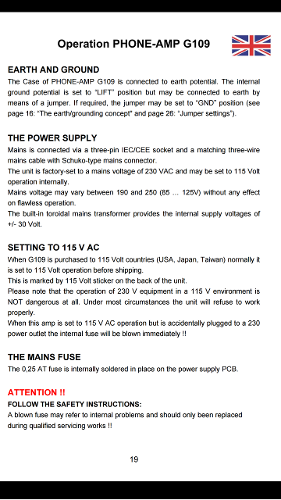 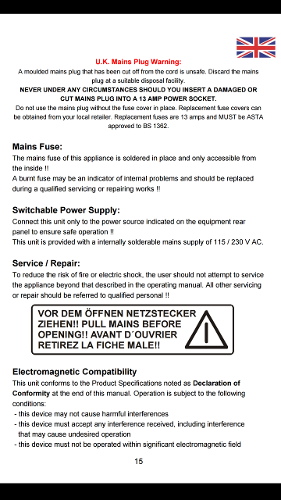 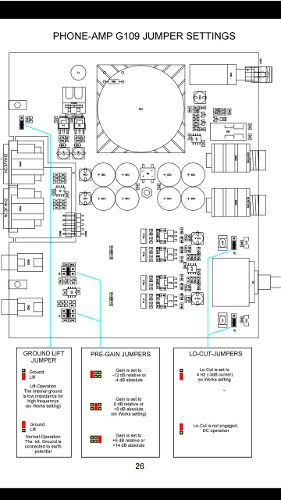 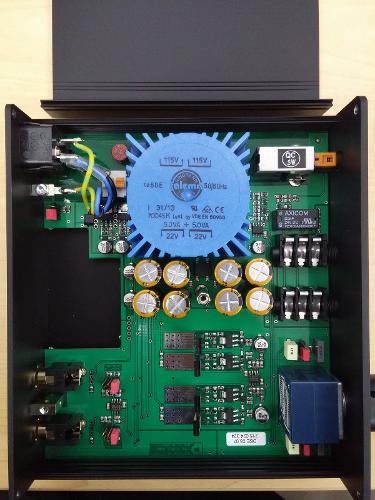 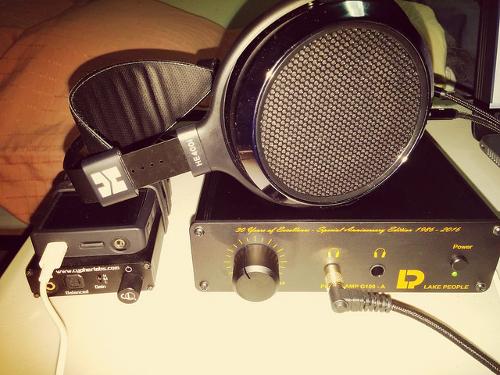 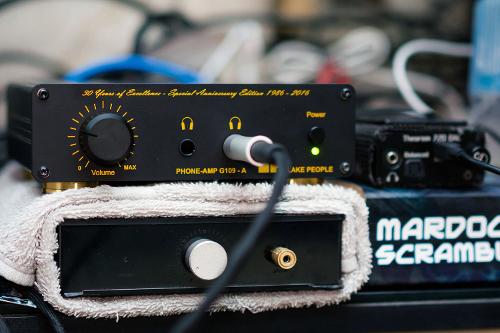 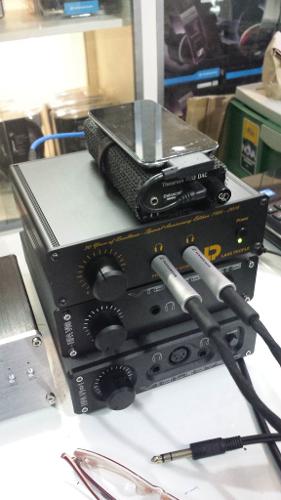 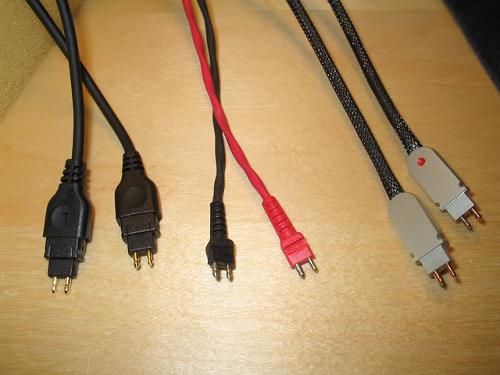 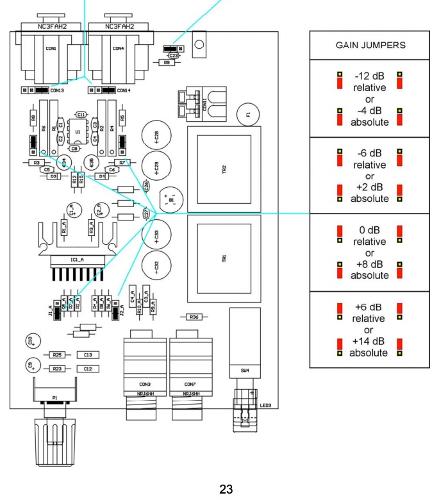 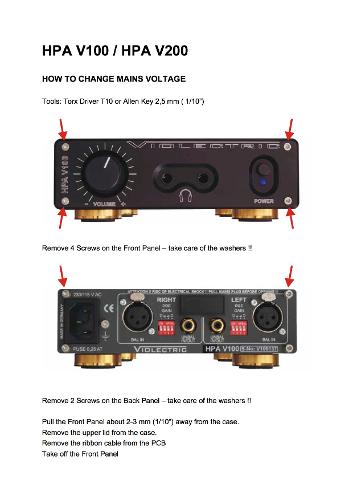 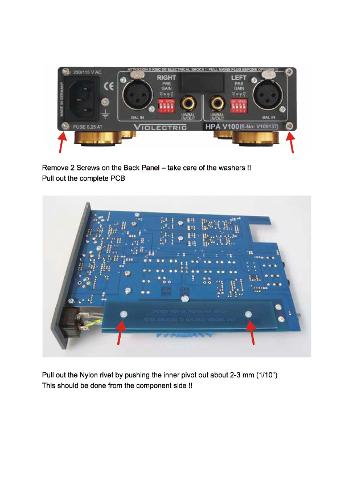 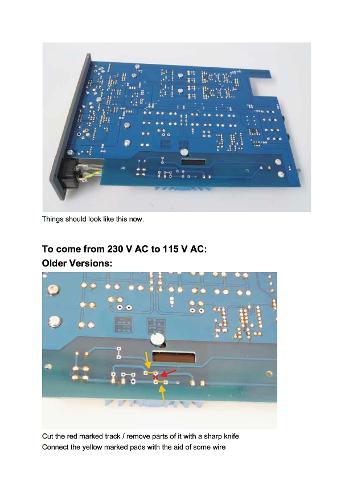 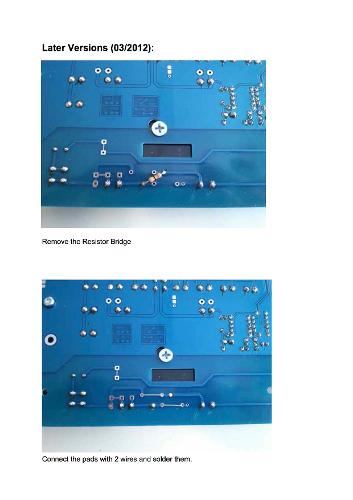 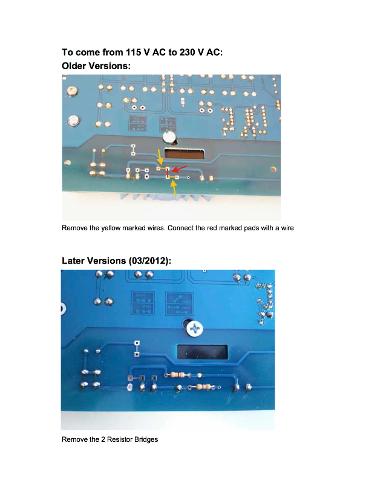 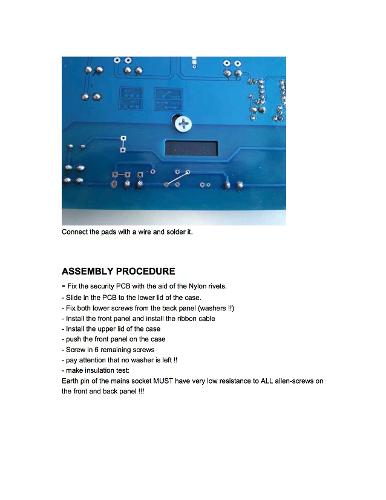 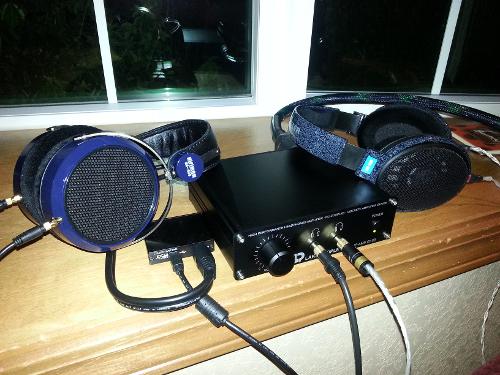 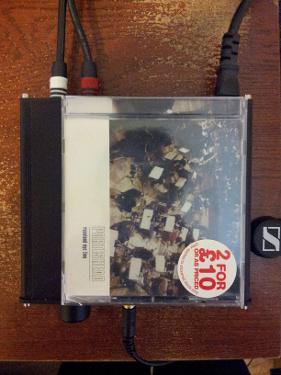 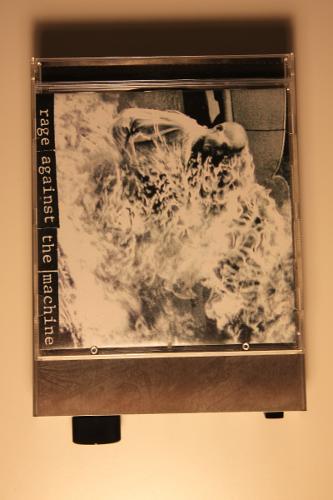 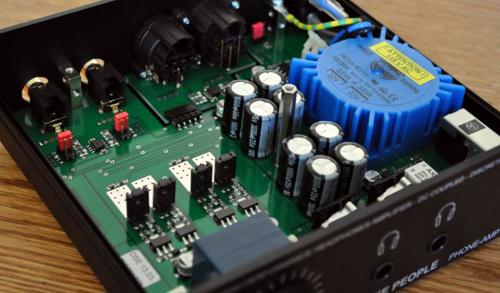 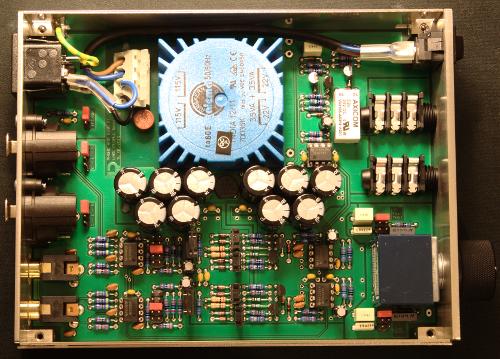 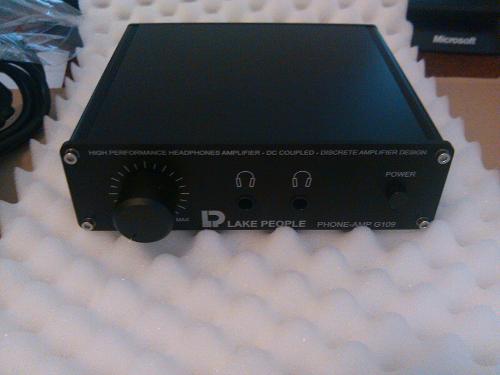 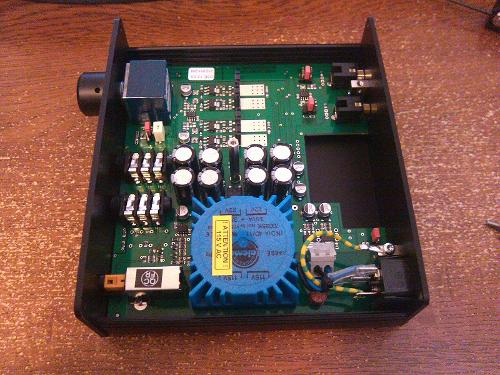 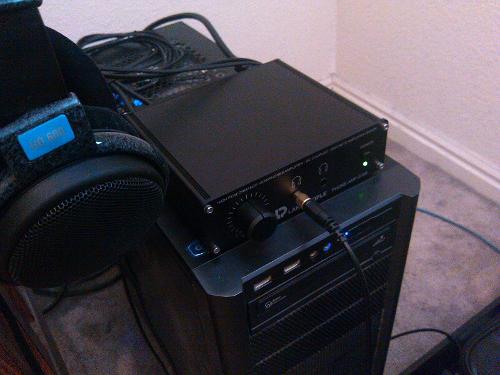 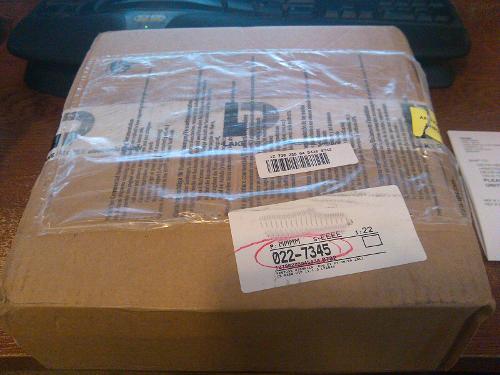 See full thread gallery...
You are using an out of date browser. It may not display this or other websites correctly.
You should upgrade or use an alternative browser.
Lake People G109 / G103 thread

FYI, I have an absolutely cherry, little used Lake People G109-A (the "Anniversary" version of the stock 109-S, with better relays and a slightly different faceplate). I'll be selling this wonderful single-ended amp next weekend or so.

I have 7 amps with another one on the way, and these days listen primarily via balanced cable. Something had to give, and it's this amp (the sound of which is lovely in the classic Violectric style).

More to follow...
“Music is an outburst of the soul.”

anoobis said:
Wow, getting on for the 10th anniversary of the thread!

Having just picked up a G103-S, of course I now learn about the (I think) relatively new MkII. Typical

@CTR640 do you know which version you were looking at recently? So obviously the Head-Fi paranoia/OCD kicks in, I would be interested to know the differences/improvements, and hopefully it's relevant here.

Similarly, have there been other earlier revisions? The version I bought has a different front plate to that at the thread start. It looks a little like the MkII in placement of the name and logo. I also think it has different gain settings but don't know for sure.

That out of the way, this thread (or the bits I read!) convinced me to take a punt on Lake People and whatever the version, it won't have become worse

Very much looking forward to the LP G103 arriving and giving at run out, and hopefully it'll be

to the thread, not

Hi there! I've got the G103-S, the S stands for Standard with the unbalanced RCA. The G103-P stands for Professional with the balanced XLR.
The G103-S is damn good and a very powerfull amp for Beyerdynamics, especially Amiron Home. I haven't gotten the chance to try out my DT880 600ohm tho and hopefully I will when I'm finished organizing my desk. I had the Fiio K5 Pro but it's a pretty analytical dac/amp which can makes some Beyerdynamics sibilant. I had the DT880 250ohm in the past to use with my K5 Pro but I seriously had to keep using EQ to tame the sibilance, the annoying and painful "ssss", even Amiron Home got the painful sibilance. So when I got the LP, sibilance is no longer an issue. And another nice thing that comes to my surprise, unlike with K5 Pro, volume can get cranked without pain in the ears. Of course not at insane level but with K5P on the same level of volume, not really enjoyable.

However, in my desk its current state, I haven't been really able to use the G103 as I got the Klipsch Heritage amp and cables have to be reorganized (again) and it's a damn mess which is hidden for now. But one thing is for certain: analytical dac/amps are not enjoyful and the G103 not being analytical, it's very nice!
DAC/AMPs:
Klipsch Heritage Headphone Amplifier
Headphones: Klipsch Heritage HP-3 Walnut, Beyerdynamic Amiron Home, Amiron Wireless Copper, T5p.2, Tygr 300R, DT880 600ohm Manufaktur, Fidelio X2HR, Meze 99 Classics Walnut/Gold
Earphones: Airpods 2019, Sony WF1000XM3, Sony MDR-E818LP

https://www.head-fi.org/classifieds/lake-people-g109-a-headphone-amp-like-new-condition.23557/
“Music is an outburst of the soul.”

Picked up a Lake People G109-A on the weekend.
Jumpers set to factory default driving HD800S.
Looking forward to a couple months of listening before reporting back

The ideal pre-gain setting on any headphones you use will be when the potentiometer set to 11-12 o' clock will generate a perceived and medium / high (not deafening) volume. I with the V200 and HD650 I adjusted to +6dB (Sony 1AM2 to -6dB). If your jumpers are set with the potentiometer criterion between 11 or 12, the perceived sound will have a very good body.
Amplifiers: Megahertz OTL 6080 - Violectric HPA V200
DAC: Schiit Modi multibit - Khadas Tone Board
EQ and SFX: Schiit Loki - Lkjb QRange - Luftikus - OldSkoolVerb - dearVR MICRO
Headphones: Austrian Audio Hi-X65 - Avantone Planar (Red) - Sennheiser HD 650 - Sony MDR-1AM2

^ Pot is currently between 12 and 1 o'clock with good volume

Angel III said:
I can't find the G109A manual on the net, but I suggest you try the setting with the jumper at + 4dB or + 6dB. Your headphone may respond better.
Click to expand...

Here's the original manual. It's for U.S., but should help anyway.

“Music is an outburst of the soul.”

Just received my LP G103-S MKII, incredible clean and transparent sound, since my USB-powered Motu M4 phone amp is too weak, I initially bought the LP to drive a pair of 990 Pro 250.

But I eventually returned my 990 I didn't like them they have been out there since 2004 and clearly you can tell they're old and not adapted to produce thumping electronic/dance floor music. I took the 900 Pro X instead with the new STELLAR.45 driver and it's a world of difference: fast, clean, incredible bass with no distortion when pushed at high levels, unlike the 990 Pro (which for me is the most important criteria in making this genre). I can push this beast and it doesn't distort with the 900. The soundstage is great to mix, slightly less (I would say 80/85%) than the 990/880s soundstage but actually I prefer to mix with a bit less, I don't need all that width. Sounds very detailed with good instrument separation. Not as analytical as the 990/800/650, which actually is a plus for my level of mixing (just personal taste here).

The Lake People is really bringing the 900 to life, if you only use the Motu M4 amp (again, it's a nice interface but the only thing I don't like is the headphone amp which, as you expect in this price category, sounds compressed because of the USB-power low voltage), it's too limited and dull. The LP brings a very enjoyable overall dynamics to it.

I can only recommend this amp especially for the price I think it's one of the best in this category. Also IMO it looks better and more stable and sturdy than the JDS Atom Lab (I haven't tested the Atom latest version though, it probably sounds as good), yes it's more expensive and bigger, also you have to open it and unscrew the box to switch the amp power, but that's something that you only do once in my case and it took me 3 minutes - worth it. Overall the form factor is on the LP side, I hate small plastic toys on my desk. The LP looks like it could last 30 years, and it doesn't heat at all. Also, it has two headphones outputs instead of one. It's silent as hell, no hiss.

Maybe one day I'll break the bank and buy the upcoming RME ADI-2/4 as a reference ADC/amp + Fireface UCX II or UFX III interface + high-end headphones too, but until then, this setup for the price is quite amazing IMO.
You must log in or register to reply here.