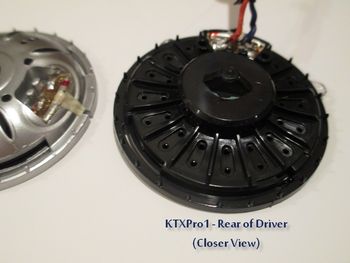 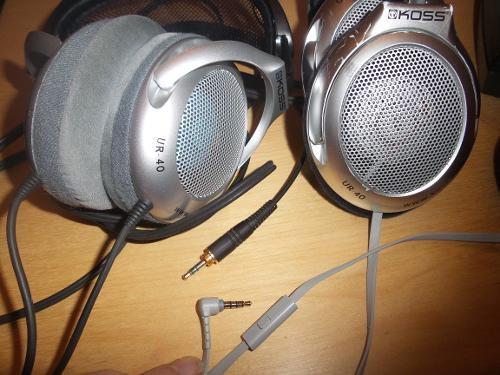 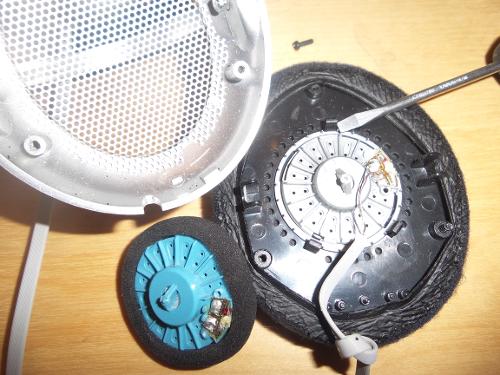 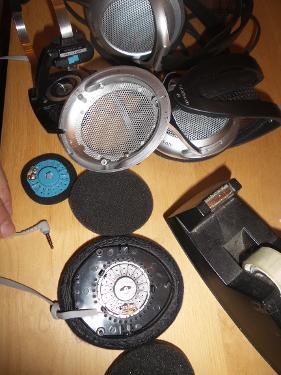 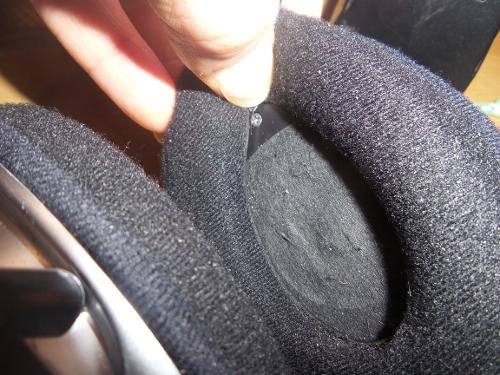 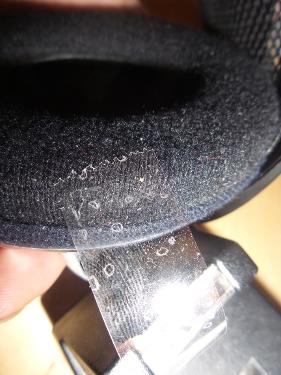 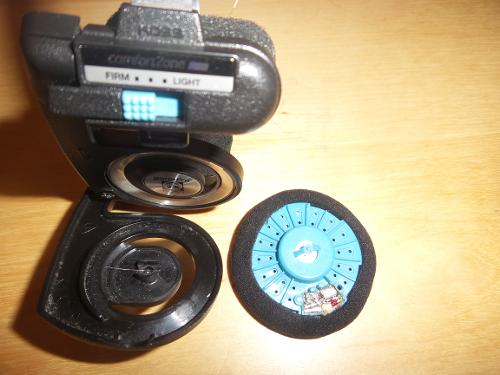 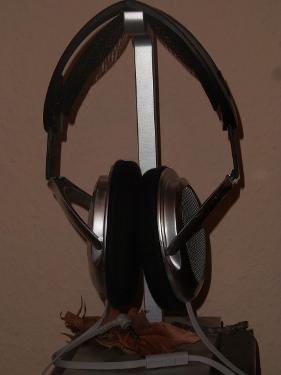 My curiousity got the best of me, so I finally broke down and bought a pair of the Koss UR40 (via the web). The UR20 and UR30 are OK, but are very boomy and don't have a great tonal balance. The description of the UR40 makes them appear to be a closed headphone that uses drivers similar to the great KSC/Porta/Sporta line. In addition, the earpads and headband look like they'd be fairly comfortable:

At around $30 plus shipping, they're dirt cheap for closed headphones, so if they turn out to be anything close to the Koss headphones mentioned above, they'd clearly be the best closed headphone below the Sony MDR-V6, and might be able to compete well with those

My first impressions of them, apart from sound (I'm going to save sound-related comments until I've listened to them more and burned them in a bit):

2) They're LIGHT! They weigh about the same as a pair of PortaPros.

3) The headband is incredibly comfortable. These are some of the most comfortable headphones I've ever used, mainly because they're so light, but also because they're very balanced in their weight (distributed well between the headband and the earpads). My only complaint is that the plasticky earpads, while being very soft, can be a bit irritating because of the plastic. Some velour earcups would be very nice

4) In the pictures above, the headband looks like a thick, solid piece of plastic. It's actually a thin, nylon mesh, which makes them more comfortable.

5) Contrary to the Koss contention that these are closed phones, they're anything but (good call, HighwayStar!). They attenuate VERY little external noise (nor do they contain internal sound), and if you put your hands over the grills on the back of the earpieces, they suddenly block out much more sound -- so the earpieces are obviously very open.

6) On my ears, which are fairly "average" in size -- the V6 and Beyer DT250 are both circumaural for me -- the UR40 are just barely circumaural. If you have large ears, they might be closer to supraaural.

They're actually very modular -- the earpieces slip off just like the Sony MDR-V6/7506 and the Beyer DT250, and then there are simply three small Phillips screws to remove and the entire enclosure disassembles.

They *definitely* use the Porta/Sporta/KSC drivers. When you compare the following picture of the UR40 driver to the picture of the KSC-35 driver below it's clear that not only are they the same exact driver, they're in the same plastic enclosure -- the UR40 driver even has the tiny spikes around the edges that are used to hold the earpads on when used with the KSC and SportaPros

Unfortunately, as of my first few listens, the UR40 don't sound as good as the KSC-35 or PortaPro. I think one reason is that there's a very thick piece of fabric over the driver on the UR40, as you can see from the following picture:

If they don't open up a bit after some burn-in, I'm going to take the fabric off and see how much of a difference it makes.


Finally, this picture shows how the UR40 are clearly "open" -- the piece of foam behind the driver comes right out, and you can see the open grill behind it:

One thing these pictures make very clear, though, is that this headphone is VERY "mod-able." There are so many things you could do to it to affect the sound, that I'm pretty optimistic that given it's excellent driver, it can be modded to be a stellar headphone (and that's just assuming that some burn-in doesn't already make it one).

Despite a slightly different earpad shape, I was able to successfully replace the UR40 earpads with the earpads for the MDR-V6/7506... which means that the comfy, velour Beyer DT250 earpieces should also fit

How long / sturdy is the cable Mac? ... looks like its another 35 transplant.

Pity they didnt do a single sided job on it.

And what about the soundstage?

And for crying out loud Mac, (think I'll start a pool) how long did you resist the temptation to take the screwdriver to them ? A good 15, 20 minutes ?

Gotta be a new record !

Um.... Look very much like KSC-50s cores. Does the closed nature do any good to their sound? I suspect that it would make the bass somewhat boomy. Longing to see you perform DT250 pad mods on them to see how they sound. Seems like we have a SONY D66s contender!!! Can you please list the spec here?

argh i was waiting sooo long for someone to try the UR40's before me....but to have MacDEF be the first is a real treat.

Right now im on the edge of my seat debating whether or not to buy them....i know that if MacDEF confirms that Beyer Velour pads fit, i will DEFINITELY buy them...

Can you tell Jlo Mein from butter?

Not to be a negative nelly or anything but...you know that putting Beyer pads on these will nearly DOUBLE their cost? P/P ratio, anyone? I would say a more reasonable mod would be to put the pleather pads you took off of your V6's and put them on the UR40...

That being said...I really enjoy my Frankenstein monster KSC-50's that I put in the housing of a Sony MDR-301LP. However, I have really never liked the headband since the spring is too strong, and they crawl up my head as I am walking. With a few simple mods, I am sure that these will be a SUPER choice for portable headphones.

Thanks as always for your informative reports MacDEF.
She lived like a murder
but she died

But as for the price/performance ratio, think about it this way: the drivers used in the UR40 are the same ones used in the KSC-35, which already have a price/performance ratio unmatched by any other headphone, IMO. Even if you increase the cost by $20 the KSC-35 would be an incredible buy. So if the UR40 can match that sound for $25 + Beyer pads, they'd still be the best $45 headphones on the market IMO, plus they'd be unmatched in comfort. I'm just hoping that after some burn-in the sound is KSC-35-like

How well do the sony v6 pads fit the ur40? are they a good fit? a loose/untidy fit? Is there a chance of the v6 pads falling off? are the v6 pads too tight making putting them on the enclosure a hassle?

Can you tell Jlo Mein from butter?

Since the 35's sit too close to the ear (at least for me) I am not a fan of their sound (too warm, little soundstage). But as I said, an open version of these headphones that are comfortable with a reasonable amount of distance from the driver would be a godsend as a portable headpone for me.

And maybe we could get a discount if we did a Beyer pad group buy...?
She lived like a murder
but she died