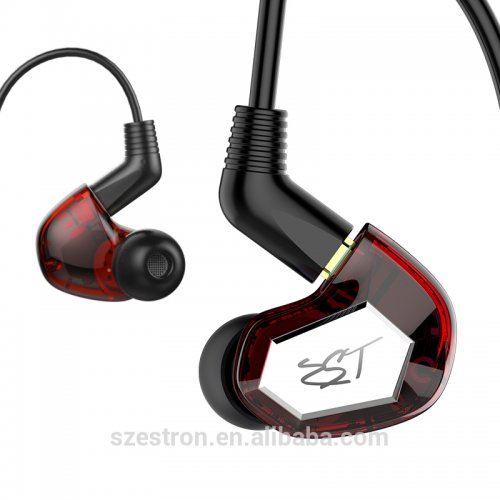 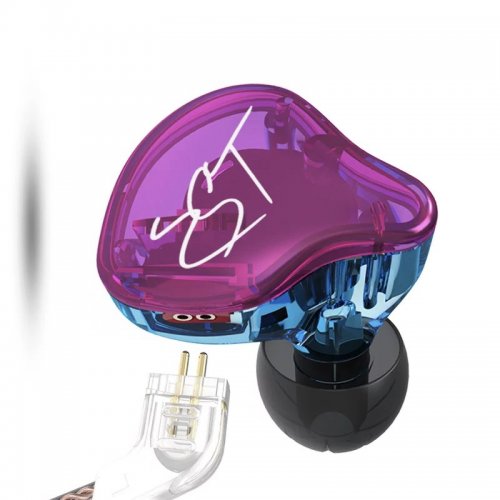 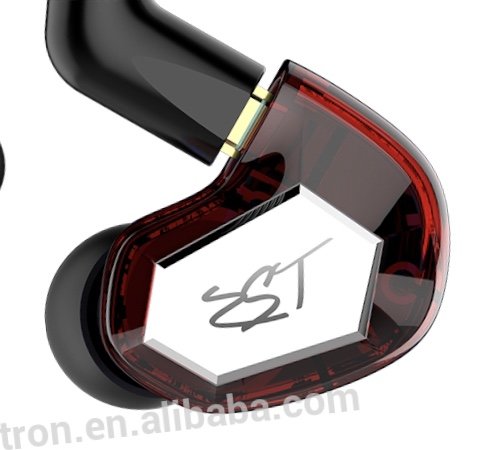 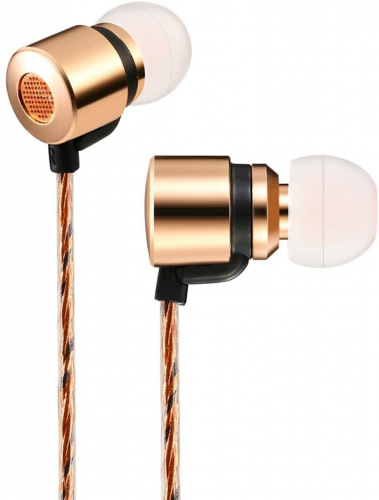 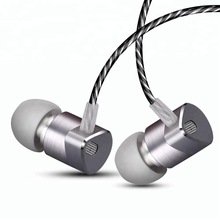 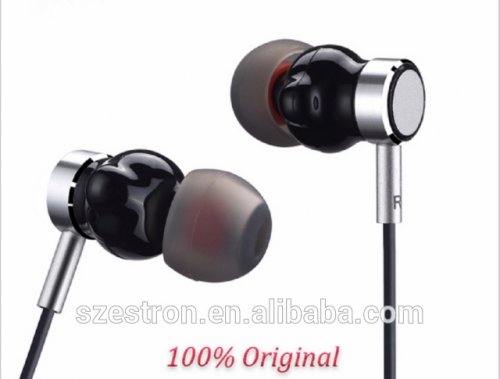 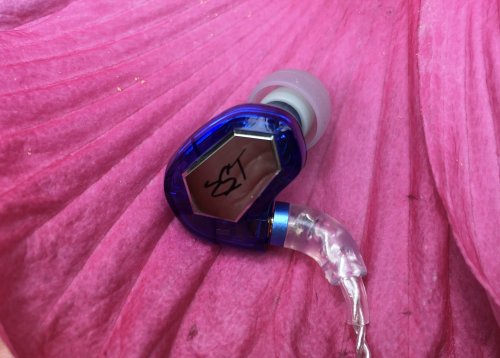 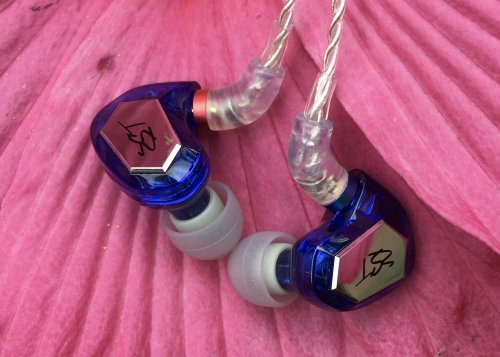 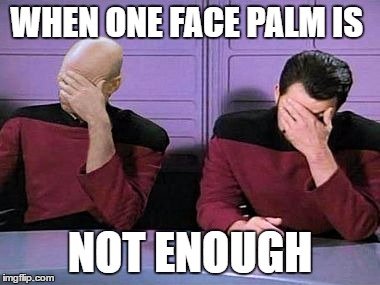 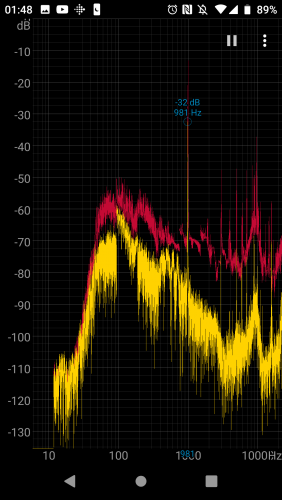 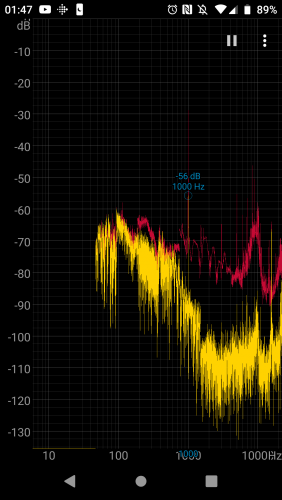 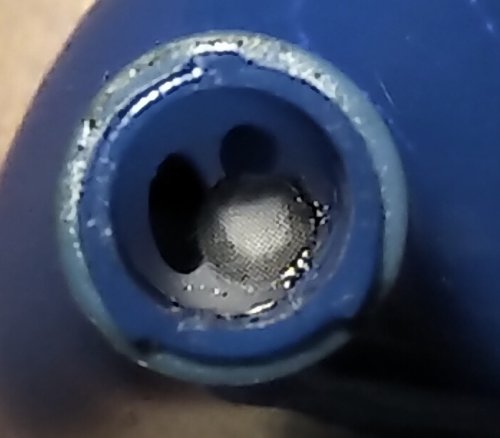 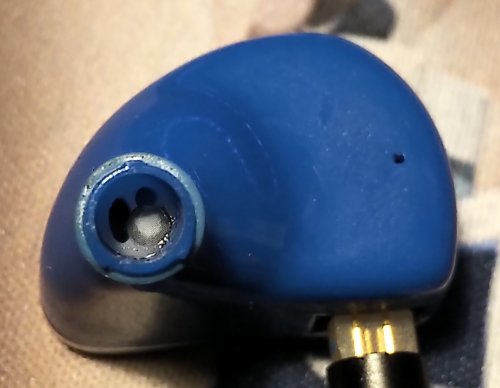 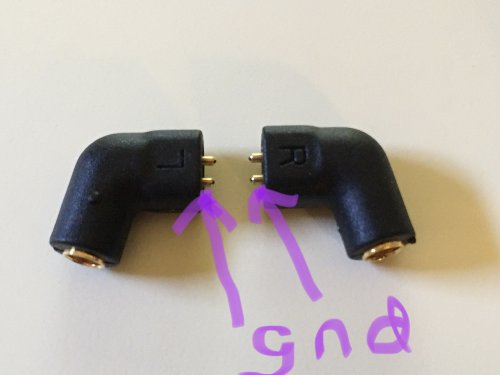 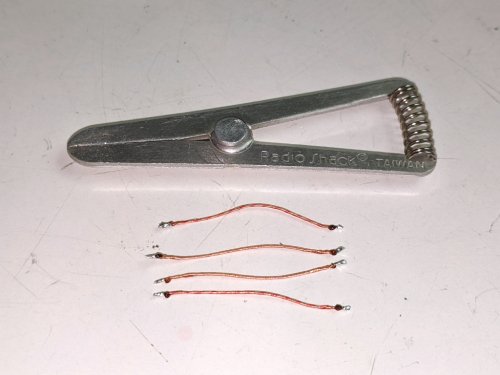 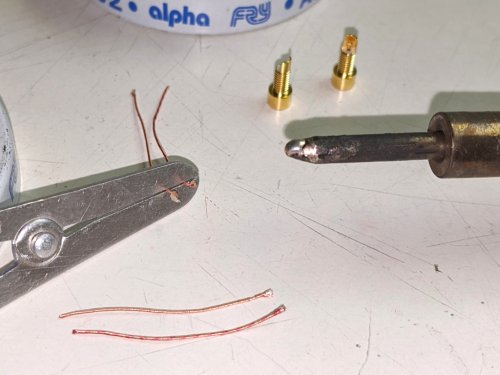 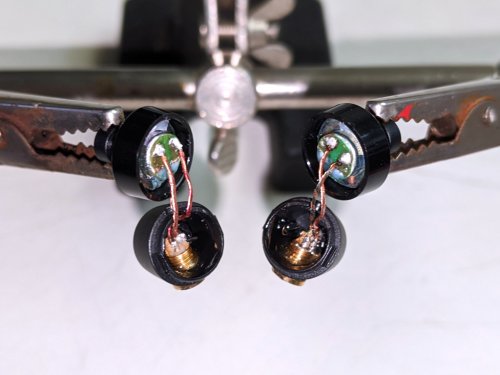 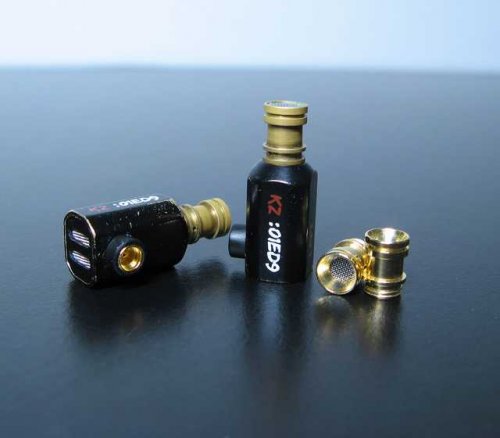 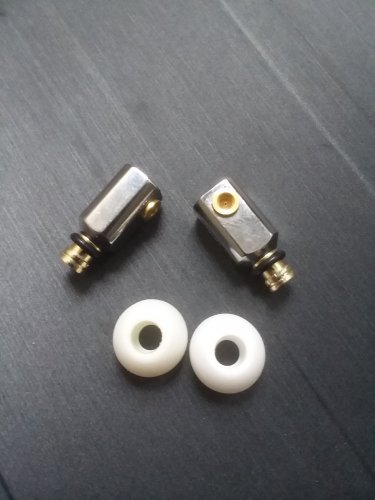 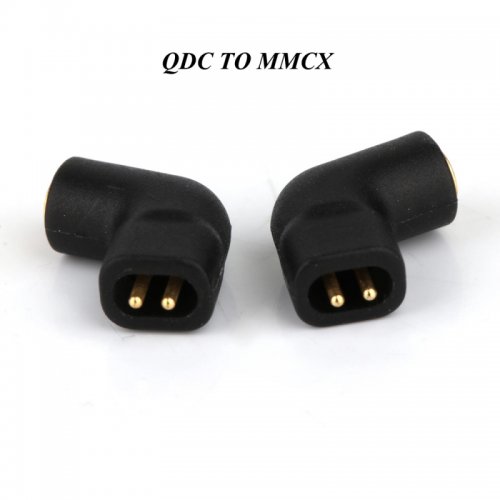 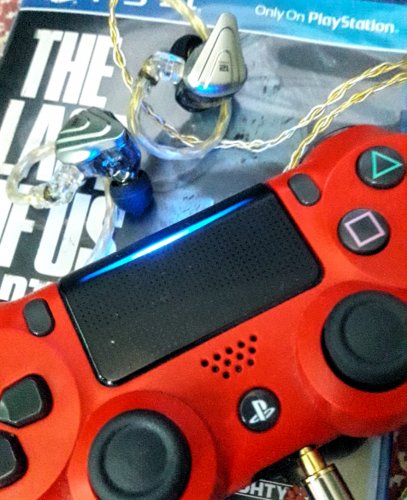 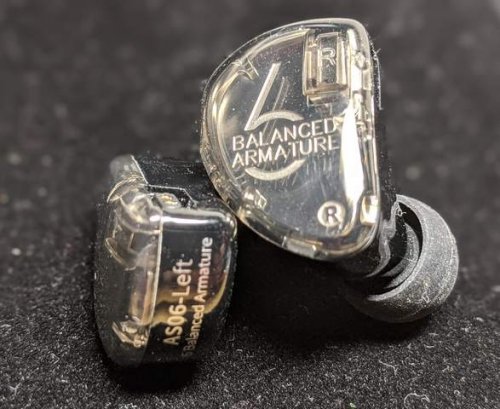 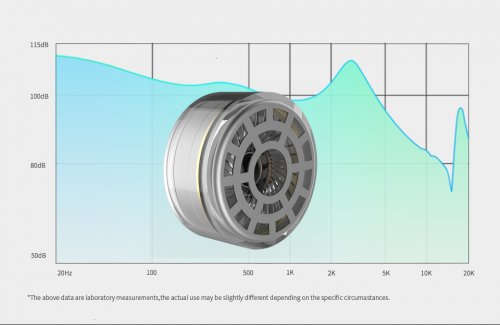 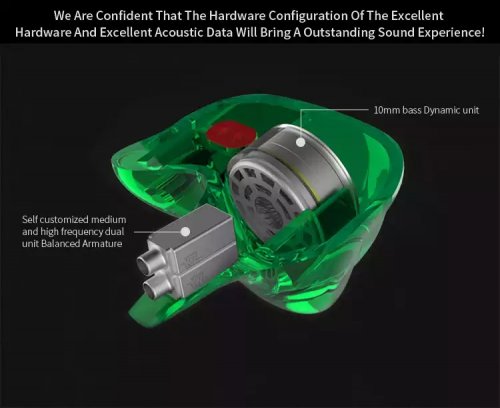 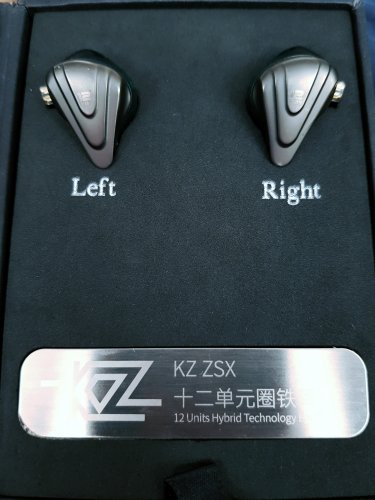 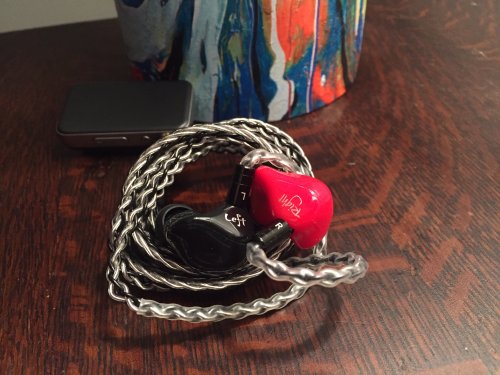 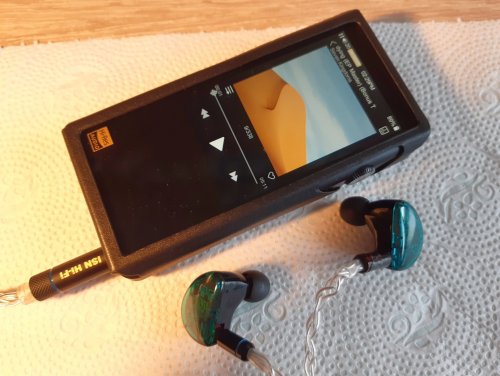 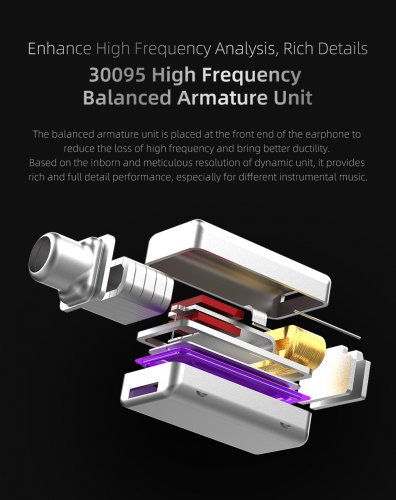 DocHoliday said:
Thanks for your observations here, Otto, particularly regarding the HDS1. To my ears, the initial batch of the ZS3's sound like an HDS1 (rich vocals and slightly rolled treble) coupled to a subwoofer. Would it be reaching to suspect the ZS10 might be a more refined ZS3? I ask because the common thread in several posts regarding the ZS10 seems to be "rolled-off treble and elevated lower frequencies". The bass response in particular is why I included the "We're All We Need" track for comparison. Most of the other tracks are for evaluating the forwardness of lower-midrange to lower-treble frequencies since KZ "apparently" doubled the output (2 balanced armatures) per frequency range).

I don't know the ZS3 very well as mine sound awful - from memory the ZS3 sounded dark with a small soundstage and recessed, however harsh mids. I can't see a relationship between the ZS3 and ZS10. The ZS10's allegedly elevated lower frequencies are contradicting the phonograph's review. And another head fier writes that the ZS10 sound like the ZSR but with less bass. To me, the ZS10's mid bass is overemphasized.
Have fun with 2.2 K of us https://www.facebook.com/groups/audioreviews Fastest growing audio group on the planet. Friendliest in the galaxy!
Share This Post
post-14181749
Post #30,887 of 50,595

maxxevv said:
As I have highlighted previously, there are 2 versions of the TRN BT module. One with and one without AptX support.

Do look carefully at the listing specifications first before committing to buying. One other member here has bought the non-Aptx version without realising it.
Click to expand...

lmfboy01 said:
Hey anybody from KZ I can get in touch with? One of my earpieces are defective, as the bass on the left side is no where near the right side...almost like the dynamic driver ain't pumping... appreciate the help if you could direct me in the right direction! thank you!
Click to expand...

For warranty claims you must go through your dealer, not KZ directly.

So, for example, if you bought them from Gearbest, work with Gearbest customer support to get the problem resolved.

WildSeven said:
Is there physical difference or marking on the module specify is AptX? or price difference that can give me a tell tell sign which is better?
Click to expand...

May be you already know. Your smartphone also has to support aptX and in some smartphones, support is disabled even though the specs say that its is supported. Bluetooth reception is more important than the codec since the default codec SBC isn't bad. It can't encode some types of music which is a minor issue.
Share This Post
post-14181866
Post #30,892 of 50,595

phower said:
May be you already know. Your smartphone also has to support aptX and in some smartphones, support is disabled even though the specs say that its is supported. Bluetooth reception is more important than the codec since the default codec SBC isn't bad. It can't encode some types of music which is a minor issue.
Click to expand...

WildSeven said:
Well in that case is the TRN better in reception and connectivity compare to the KZ one? I carry my phone in a pocket so it will be close by.
Source will be my Nexus 6 with Spotify premium.
Click to expand...

Yes, much better. I discovered a design flaw in the KZ module antenna, which causes range and interference issues. I came up with a fix for the antenna flaw, but it requires disassembly and soldering skills.

Freetrademan said:
I don't know how to tell. I have four ZS5's, and they all sound the same.
Click to expand...

To tell which version you have, you shine a light a foor ot so above the nozzle, and look for small 'circles' as you move the light around. The light moving around casts shadows on the BA drivers in the nozzle, and you will be able to see them easily. 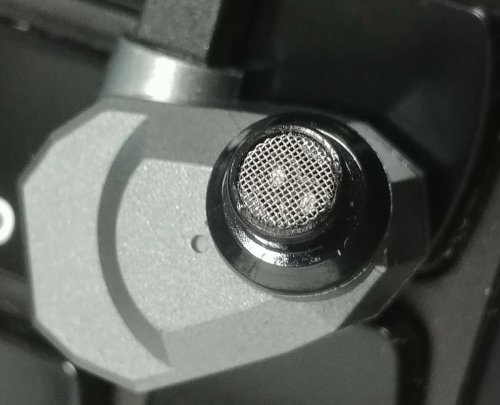 I wonder how Rose North Forest compares against KZ "flagship" ZS10
Otto, when I receive it, I will definitely give You feedback about it compared to IT01 and ZS5v1, so You can maybe try them Yourself if they are new "killers" as some claim in sub-100$ thread.
If they are, then KZ train will "run off the track" and spending money on those flashy multi-hybrid cheapo KZs gets pointless imho. Well, it actually already is "pointless" in many ways as there are much better value and SQ offerings out there...
Last edited: Apr 18, 2018
Desk: PC >> ASIO >> Aune T1 DAC/Amp (hardware modified) >> Siemens E88CC goldpin >> Fidelio X1 (custom low-impedance cable)
Portable: iBasso DX5X (hardware modified, SU 1.3.3 FW) >> Moondrop Kanas Pro (modified nozzle grills & upgraded cable plug+2-pin connectors)
IEM measurements
Share This Post
Reactions: Otto Motor
post-14181946
Post #30,897 of 50,595

Otto Motor said:
I don't know the ZS3 very well as mine sound awful - from memory the ZS3 sounded dark with a small soundstage and recessed, however harsh mids. I can't see a relationship between the ZS3 and ZS10. The ZS10's allegedly elevated lower frequencies are contradicting the phonograph's review. And another head fier writes that the ZS10 sound like the ZSR but with less bass. To me, the ZS10's mid bass is overemphasized.
Click to expand...

I gathered from your experience that the mid-bass is too forward and bleeds slightly into the vocals. I took some quotations for clarification but there was no mention of sub-bass which leads me to believe that the 10mm DD is focused mainly on mid-bass.

Thus far, your experience (without the dragonfly) has been over-emphasized mid-bass that forces the midrange into submission.

"ZS10 bass comes too close to the vocals for my taste, which congests the image"

"With the ZS10 you get a mid bass again pushing again the vocals. Diana's voice is a bit cleaner but also more distant"

"Midbass too much for me"

"the strong mid bass is bordering on awful, it decreases and congests the soundstage"
Click to expand...

Thus far, your experience (without the dragonfly) has been that they can be shallow and congested while the imaging is annoying

"The ZS10 sound shallow and congested (at bassy pieces) to me."
Click to expand...

"Voice is still a bit recessed"

"Diana's voice is a bit cleaner but also more distant"
Click to expand...

Thank you for your input.

In retrospect I should have chosen another song in place of "King Of Sorrow" because the lack of resolution in Sade's voice is present in the actual recording which is unfortunate.

Thus far it appears that without your dragonfly the ZS10 has left a bittersweet taste in your mouth. Perhaps a good set of wide-bore silicones will clean up some of the mid-bass by offering a more diffuse presentation.

Please keep us posted if you spend any time having the ZS10 coupled to your dragonfly.

I'd be lying if I said that I was surprised to learn that your ZS10 sounded a bit wonky without the Dragonfly (possible impedance curves); I would expect that using your dragonfly would clean up the sound signature quite nicely.

Looks like B9's ZS10 arrived also so a more clear picture should begin to take form.

p.s. -
My original (matte-finish) ZS3 has slightly rolled treble and a slightly forward midrange (that is not strident in any way). The soundstage is slightly above average but it holds no candle to the ZSR, ZS6 or ZS5(i). The description of your ZS3 sounds quite different from my own.

I'm glad the ZSR are so well liked here. I was afraid of being accused for over-hyping them when i gave them that 5/5 review

FHSWarrior said:
Question, how do the ZSR compare to the ZST pro?
Click to expand...

I do like the ZST colorfull a lot, but the ZSR is better (exept the fit in narrow earcanal) Bass are deeper and tighter, voices less recessed, trebles detailed and rarely sybillant
Last edited: Apr 18, 2018
Share This Post
Reactions: Bartig
post-14182027
Post #30,900 of 50,595

Not if you taking vents into account. We can aspect the graph to be do without closing a single vent, but placing them on the ears can change that.