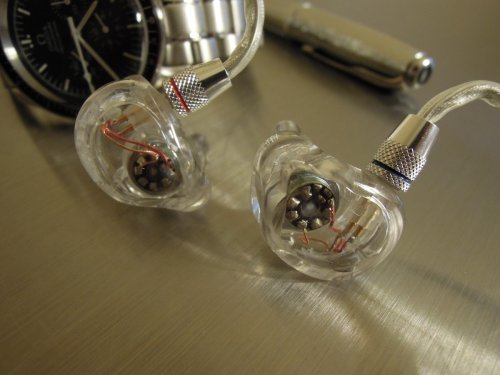 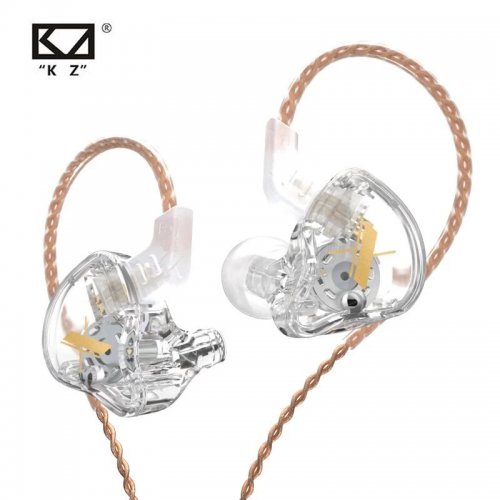 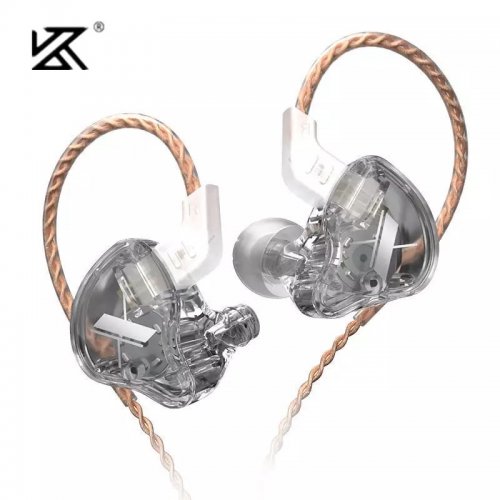 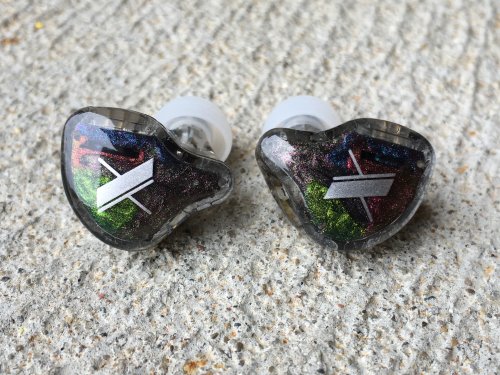 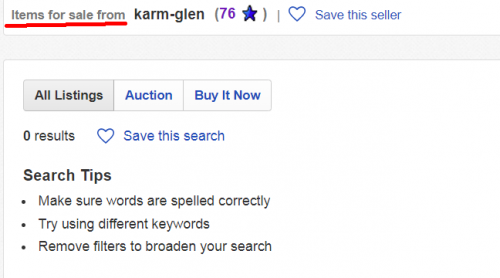 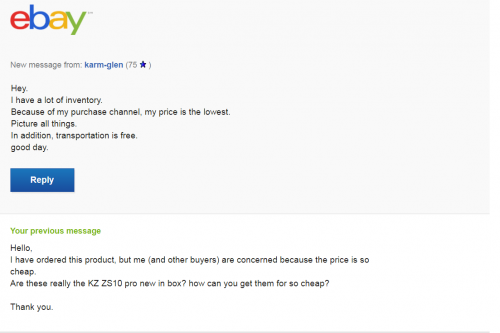 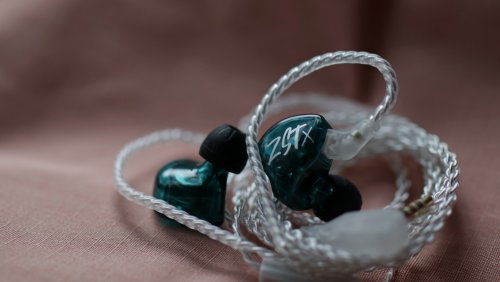 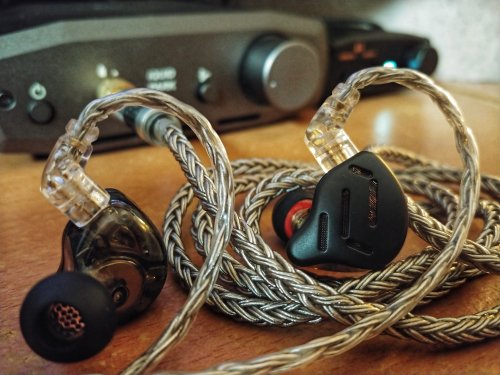 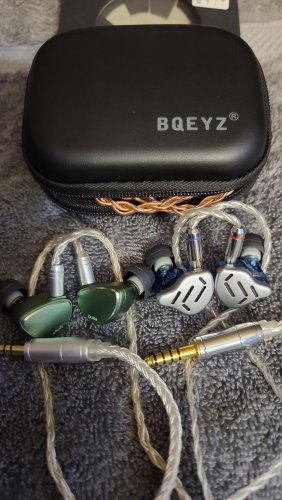 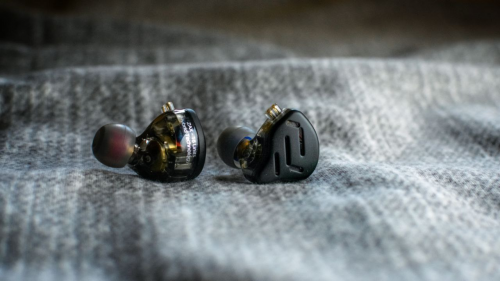 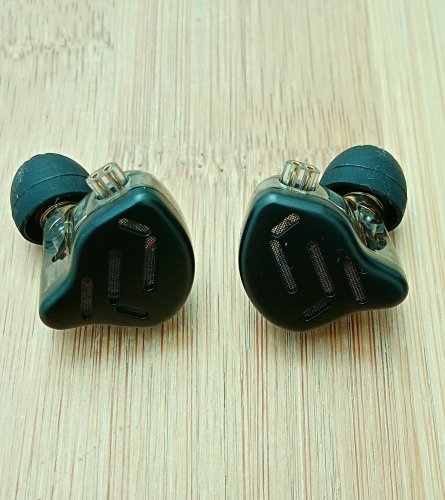 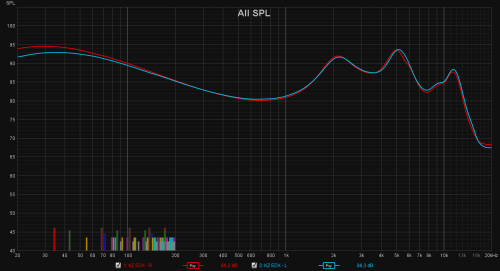 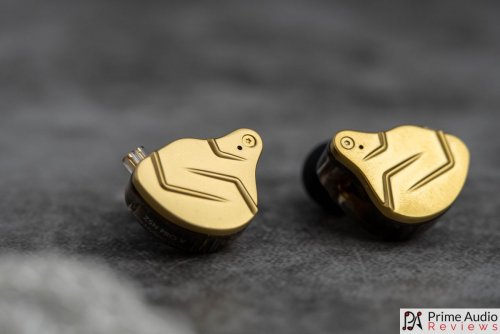 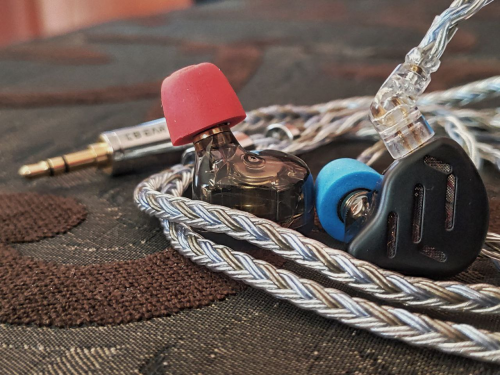 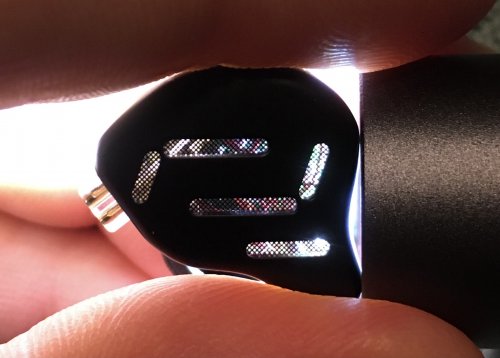 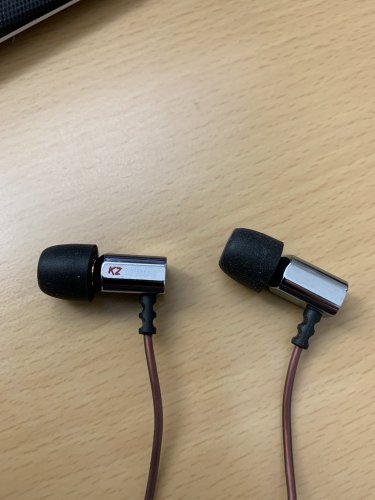 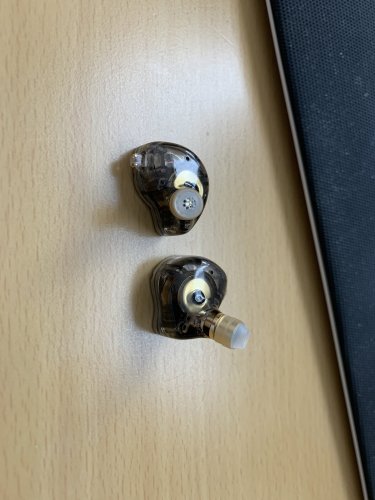 thebigredpolos said:
Looks like they're listed on GearBest now (only 2 of the 4 colors at the moment), but George mentioned in another thread that there was going to be a discount on 1/1, so it might be worth waiting a few days. https://www.gearbest.com/earbud-headphones/pp_1512918.html
Click to expand...

Especially since the Gearbest listing has them shipping between Jan 1 and Jan 2. So you can order them now and wait for them to ship or wait until before they're supposed to ship and see if they're on sale.

There is that booming bass i was looking for i finally received my KZ ZS3 from greabest and wow does it have good bass. I have bought alot of KZ headphones looking for that real punchy bass and i found it in the ZS3!!!!
Current Set-up:
LG V20(Rooted) w/Viper4Android + FiiO A3 + KZ ZS4 w/Copper Upgrade Cables + Spotify Premium

Slater said:
Hey, to those with the ZS3. I found a new mod tonight.

It has been previously posted by a few people that removing the red screen on the very end of the nozzle affects the sound. Removing it reduces the bass quantity slightly (while simultaneously removing the muddiness), and also improves the midrange.

Well, I found a different mod that makes further improvements.

BEHIND the red screen is a small piece of black acoustic foam. It's stuffed in the very tip of the plastic tube (the color of the plastic tube might be red or blue). It's exactly like the piece of foam stuffed inside of the shiny gold ED9 filter. Anyways, you REMOVE this piece of foam by just grabbing it with the tip of a sewing needle. You'll need a flashlight to assist seeing down inside of the nozzle to where the foam is. Carefully set aside the foam - they're extremely small and easy to lose. You can store the foam pieces in a small ziplock baggie like the one that many silicone eartips come in.

The change is a very noticeable improvement - the boominess that the ZS3 had is now gone, upper mids are less recessed, and the treble is sparkly and clear. They kind of remind me of an improved ATR, but I need to A/B them with the ATR to verify. Synthesizers, pianos, & guitars sound great.

It's tuned much more towards neutral with the mods, but there's still plenty of bass when called upon. It just isn't boomy and muddy like it was stock. Don't get me wrong, I think the ZS3 is a pretty good in-ear (especially for bassheads). I just know a lot of people are turned off by its overpowering bass that dominates the whole listening experience. This mod corrects that.

It's up to you if you remove the foam yet put the red screen back, or remove both the foam and the red screen. It's easy enough to try it both ways and see which you like better. I settled on removing both after trying it both ways. Just keep an eye on ear wax buildup inside the nozzle if you run with no red screen (remove ear tip every once in a while and carefully clean out any funk).

The mod is very easy, takes less than 30 seconds total, and is totally reversible.

You use the sewing needle (or small straightened paper clip) for removing both the red screen and the black foam. Gently pry the edge of the red screen using the needle and it will pop right up. It's just held on by a ring of sticky adhesive around the edge. I stuck mine to a piece of wax paper to save for future keeping, as it sticks right back onto the end of the ZS3 nozzle if you ever need to put the red screen back (instead of wax paper, you could use anything non-stick - plastic wrap, sandwich baggie, or the slick paper backing from a peeled-off sticker or vinyl graphics.

Here's photos of the red screen so you know what to expect: UPDATE: I found a camera lens and settings that would allow me to get a good shot of the foam. It's impossible to gauge the depth in this photo, but that foam is located about 1/4" down inside the nozzle: Here's what the piece of foam looks like after you've removed it with the needle (it gets more compressed once inside the plastic tube): One more thing - even if you don't plan on removing the foam, I would strongly recommend that you at least peek under the red screens of your ZS3. Something that has always bothered me about 1 of my pairs of my ZS3 is that 1 side never sounded quite right. Well, low and behold I found that the foam on the 'never quite right' side was not even in the plastic tube, but just floating around freely inside the nozzle directly under the red screen. So at a minimum, looking under the red screens will allow you to make sure both of your foam pieces are inserted properly into the ends of the plastic nozzle. There have been reports of sound mismatches on 1 side. Early batches of the ZS3 had a crushed sound tube. Those were recalled a long time ago, so if you have a relatively recent ZS3 and you have something odd going on with 1 side, it could be that the foam isn't situated in the tube properly.

Let me know if you have any questions.

P.S. - To the advanced IEM builders/modders out there, as you can see from the exploded diagram this would be an excellent host for turning into a hybrid DD + BA. The shell is easy to open, it's comfortable as heck, and there's plenty of room inside for a crossover in the shell & a BA driver inside the nozzle tube. Looking at the above photo, it almost looks as if KZ was planning that all along, and it wouldn't surprise me if a "ZS4" comes out as a dual hybrid using this same shell as they already have the shell tooling. Also, it would be easy to swap out the plastic tube for a copper one, as the plastic is extremely thin (it looks exactly like a piece of heat shrink tubing that hasn't been heated/shrunk; or it could also be a piece of drinking straw). It's that thin & flimsy.
Click to expand...

just applied the Slater mod i listenend to my ZS3 before and after the mod and love the bass even more after the mod thanks slater!
Current Set-up:
LG V20(Rooted) w/Viper4Android + FiiO A3 + KZ ZS4 w/Copper Upgrade Cables + Spotify Premium

NeonHD said:
Dumb question, but is the shell of the ZS5 not made of aluminum metal? Always thought it looked like anodized aluminum until I read that the material was ABS on a spec sheet.
Click to expand...

Highly impressed by the KZ Bluetooth cable... had ordered for my friends ZS5 but it pairs good with my ZST...

I wish the controller could trigger google assistant.... any work around for that?

Damn, honestly wished it was metal lol, I think the ZS6 has a metal casing though which is nice.

Holy bleep speaking of the ZS6, I found one selling for super cheap on eBay ($21), which is pretty awesome cause the ZS5 costs just about that much.

NeonHD said:
Damn, honestly wished it was metal lol, I think the ZS6 has a metal casing though which is nice.

Holy bleep speaking of the ZS6, I found one selling for super cheap on eBay ($21), which is pretty awesome cause the ZS5 costs just about that much.

I was actually just about to buy the ZS5 but guess I gotta reconsider that again....
Click to expand... 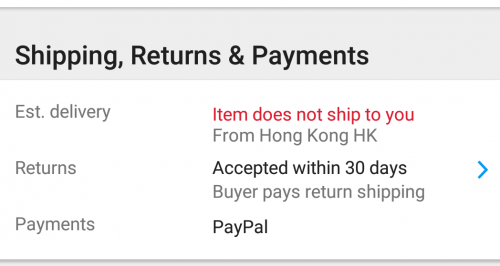 Just wanted to give an update on my purchase. I bought this bluetooth adapter https://www.aliexpress.com/item/new...32839613373.html?spm=a2g0s.9042311.0.0.7yW0fV
Shipping took about two weeks from China to Thailand.
The sound is great, battery life better than the cheaper bluetooth adapter, used it for about 5 hours today youtubeing and netflixing.
Small case was included which is appreciated. No lag at all during videos which is great.
However when watching Netflix and youtube through the app on ios-devices there is always some audio-delay. Watching in Safari works great though.
Really recommends them. Only downside is that the battery indicator on iPhone/iPad is misleading.
It showed 90% for 3 hours straight. Then dropped to 50%. 30 min later it was 30% and then it died immediatly.
Heard a low-battery-warning about 30 sec before it died. So that part is just like the old adapter.
Share This Post
post-13938142
Post #26,561 of 51,799 $30 for the ZS6 is still a really awesome deal IMO. So much bangs.

Selenium said:
$30 for the ZS6 is still a really awesome deal IMO. So much bangs. 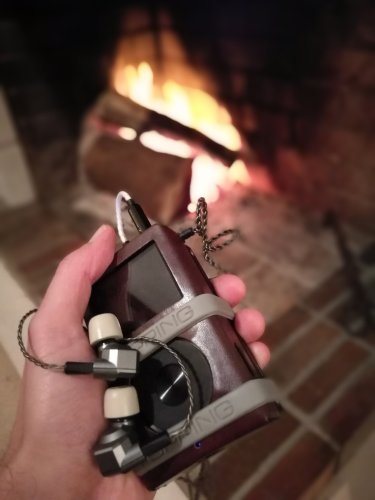 Finally got my ZS6 that I ordered in November. Cost me about 22 dollars on Gearbest. I'm gonna compare it to the ZST since I've had them almost a year. The instrument separation is on a whole another level, highs are more crisp, mids and bass are not muddy like they are on ZST. I was afraid that the bulky design is gonna give me comfort issues but to my surprise they fit much better than the ZST. They don't fall off my ears and doesn't cause any pain. I think they fit better because the nozzle is much shorter. And now to the negative part - they are horrible treble cannons straight outta box. The S's and cymbals are so harsh that I cannot listen to them. But I'm optimistic because my Xiaomi Hybrid PRO HD's(the more rounded, triple driver version) were pretty siblant too at the first. Couple of nights of pink noise cured that for me.

The manual says something about burn-in too but I really can't understand that horrible English :-D 5 minutes on medium volume? Any song? Really? 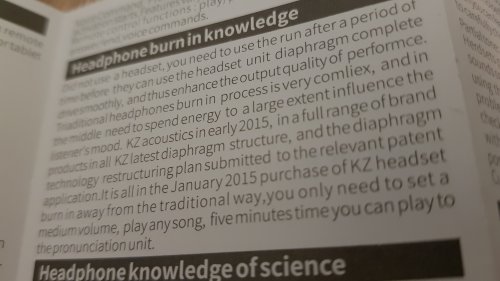 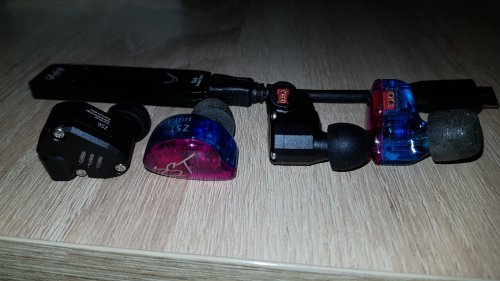