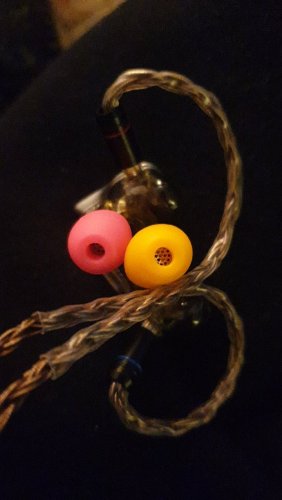 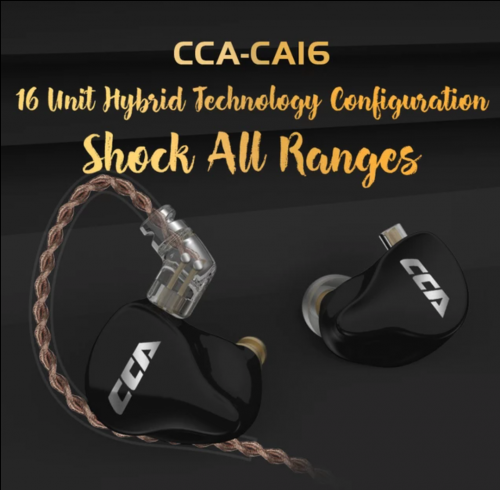 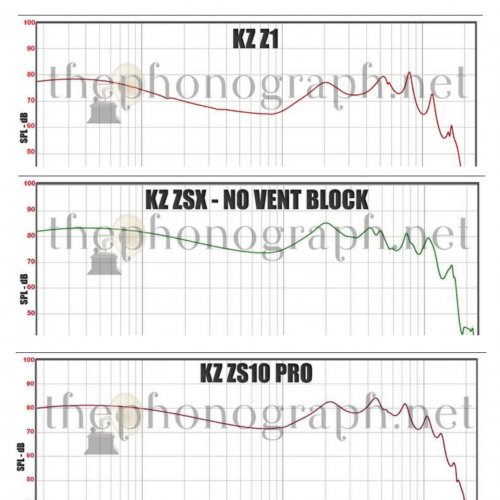 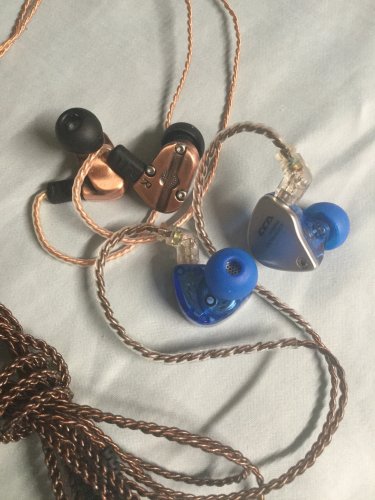 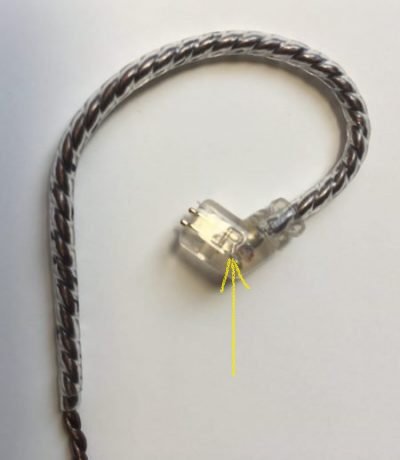 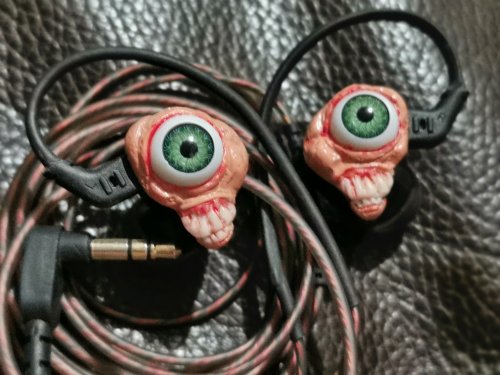 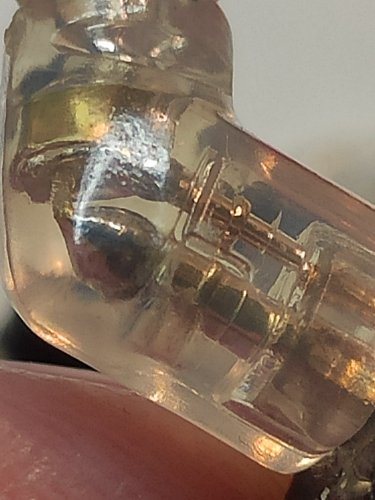 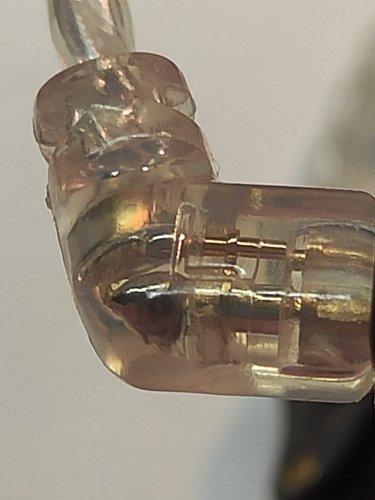 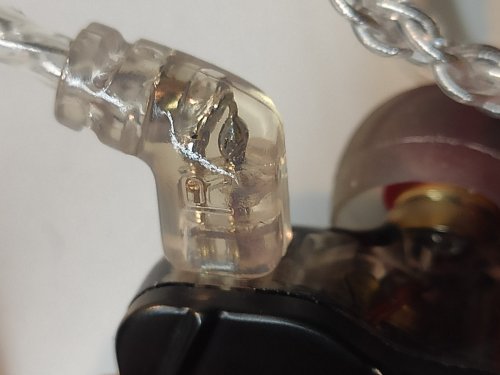 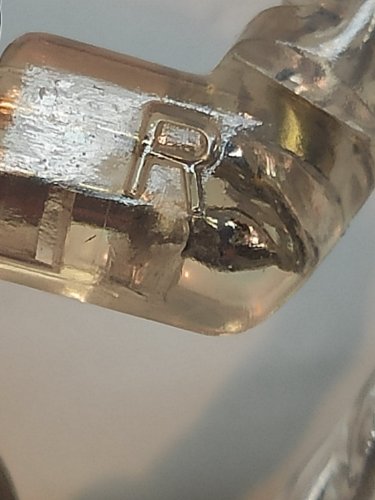 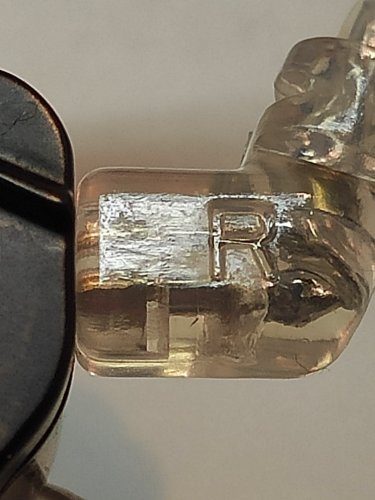 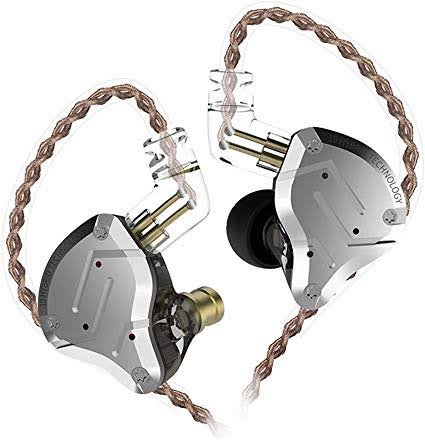 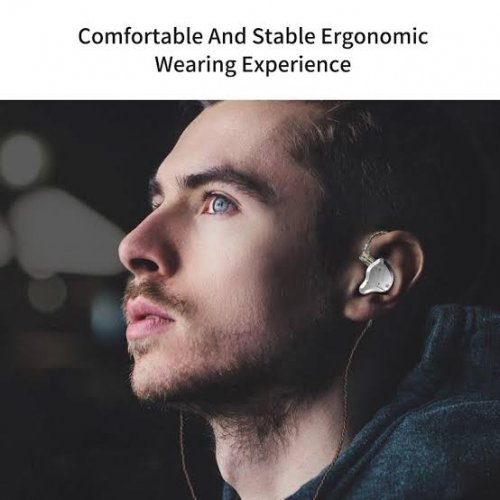 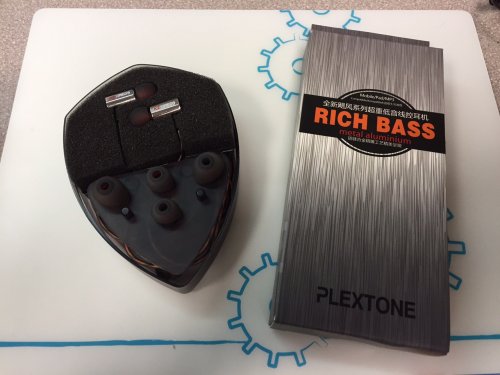 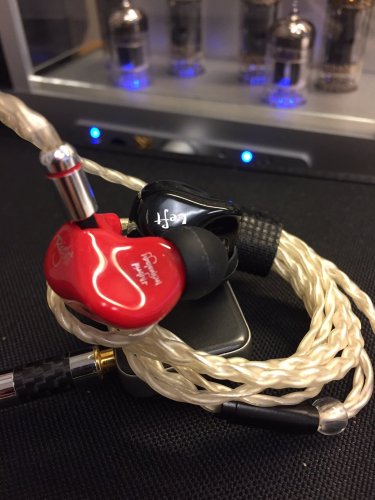 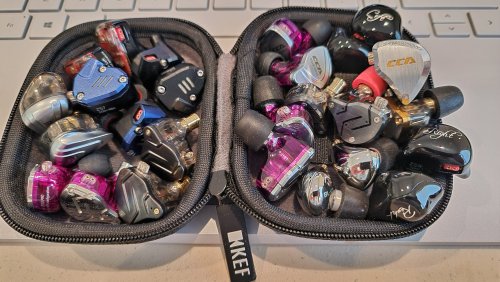 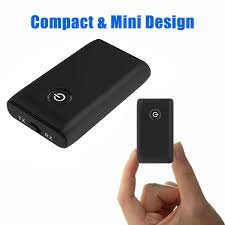 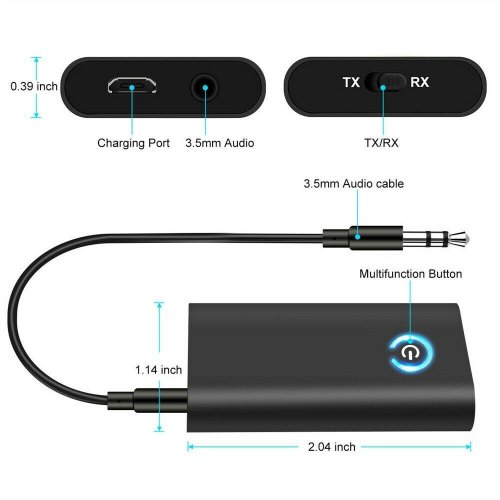 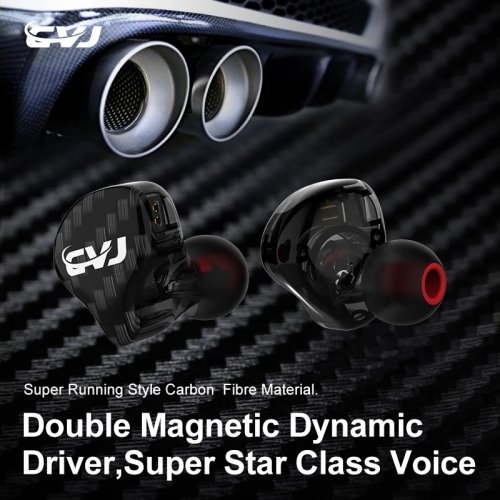 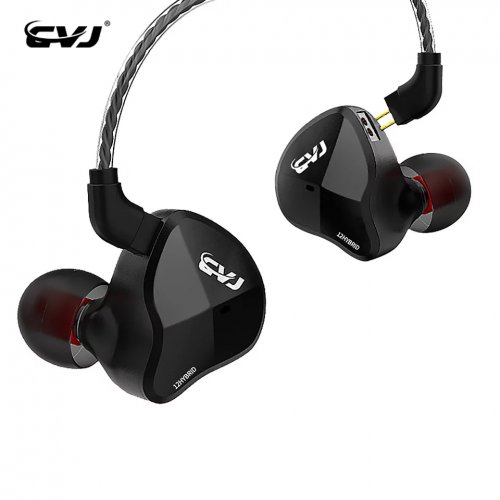 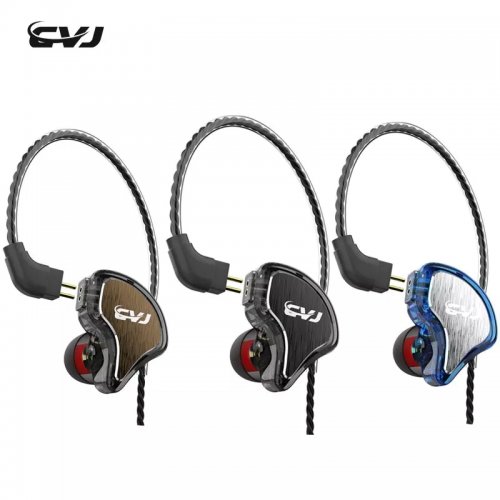 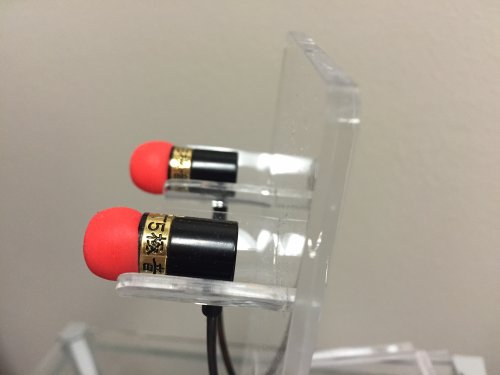 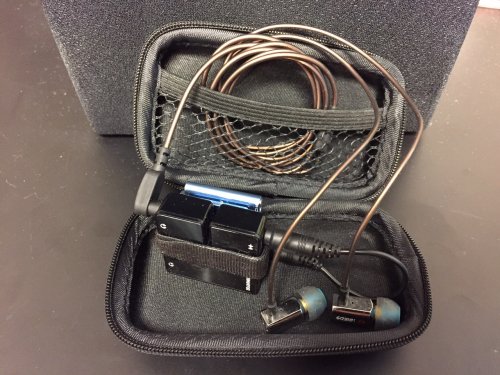 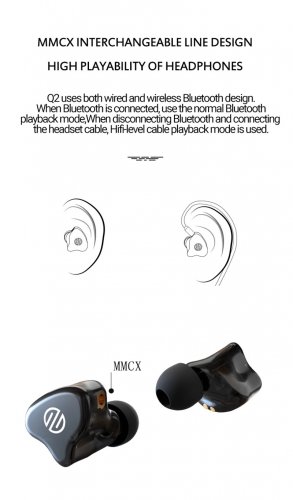 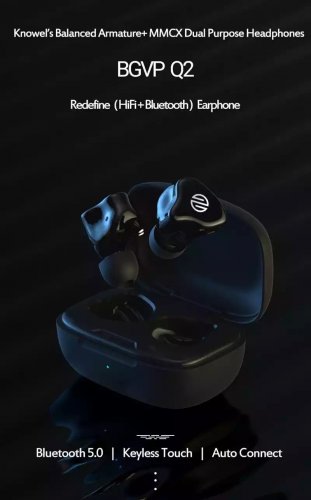 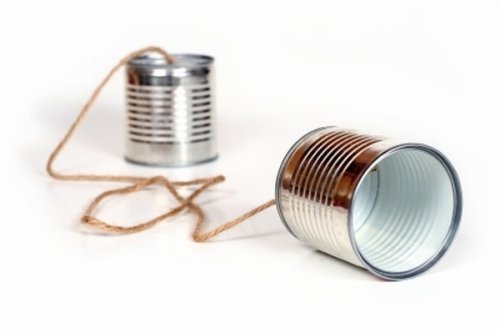 Viber said:
ZS3 are more isolating than anything to be honest. You can even disconnect them from their wires and use them as pretty effective ear plugs.
I bought an extra pair just so i would always have something that i can use in noisy environments.
Click to expand...

I could attest to that. They're really effective as ear plugs, too, due to its almost custom IEM-like fit. The ZS3 makes my neighbor's dog (goodness, their dog has a loud, annoyingly startling bark) less annoying.

M1cro said:
Hello,I'm thinking about KZ earphones, but I don't know ES3 or ZS5? What would you suggest? Or even another model? I would use them for listening to jazz/pop/soul/rock, but also wondering to buy the bluetooth wire to use them in the gym.
Click to expand...

Both are the best KZs i tried. I slightly prefer the zs5. Its just more natural and while the bass is slightly less full than ES3 i think its overall more satisfying because the mids are more prominent and the bass really shines when its needed to.
Besides sound I find overall the zs5 more confortable. Yes they fit slightly less deep and secure but the ES3 has a kina weird shape which is too big for me for longer periods of wearing them. They need to go deep into your ear and because of that the shell hit my ear unconfortably. But luckily you can buy comply tips and now I prefer ES3's comfort

Guys, any advice on how to disassemble the KZ ZS5?

My toddler did something to the left piece, probably sucked on it. Now the sound from the left is distorted. I would like to open it up and have a look if it could be repaired.

monocats said:
Guys, any advice on how to disassemble the KZ ZS5?

My toddler did something to the left piece, probably sucked on it. Now the sound from the left is distorted. I would like to open it up and have a look if it could be repaired.

Sylmar said:
Put it in some rice and let it rest for a few days to get rid of the moisture. Might work.
Click to expand...

Putting stuff in rice and hoping for the best is something you do when you don't want to put in any real effort in fixing it.


Here's some tips :
Open the ZS5. You can do that by applying heat to the face plate and then pulling it off. Careful not to break the joint studs.
Check if everything looks to be in place. Any corroded wire / etc. If nothing looks broken you can soak the part with the driver in 99% alcohol.
That would displace any other liquid and dry faster.
Let it sit for a bit then dry it off with a hairdryer or hot plate for 5 to 10 mins.

Keller2 said:
Putting stuff in rice and hoping for the best is something you do when you don't want to put in any real effort in fixing it.
Click to expand...


To me it would be preferable BEFORE having to open an IEM.
Click to expand...

Of course it would. But that doesn't mean you'll get any results.
Putting stuff in rice only makes sense when you know that the item you want to fix isn't damaged and you havent run electricity thorugh it.

Once you've confirmed that it's damaged putting stuff near rice or silica gel or what have you is an exercise in futility.
It's easier and requires little to no effort. That's why people like it as a solution.

Keller2 said:
Of course it would. But that doesn't mean you'll get any results.
Putting stuff in rice only makes sense when you know that the item you want to fix isn't damaged and you havent run electricity thorugh it.

Once you've confirmed that it's damaged putting stuff near rice or silica gel or what have you is an exercise in futility.
It's easier and requires little to no effort. That's why people like it as a solution.

It would also be much more effective to just put it in a hot place.
Click to expand...

Point is there are a few possibilities without having to open it which can also lead to further damage, especially since KZ uses loads of glue. I don't get why the easier option would be worse, you can always decide in opening the IEM after when you really need to repair.

Mallo said:
About foam tips did you recommend the cheap aliexpress products (maybe fragile?) or better to go with more expensive ones?
Click to expand...

Wiljen said:
Both the F9 and the Zs6 share a hotter than normal treble and both need a bit of EQ or foams to help cut that. Once that is done the Fiio has a bit better upper mids and a better soundstage than the Zs6. Bass is probably a wash between the two as both are very good. Without tuning, both can be a bit sibilant with female vocals. The other big win for the F9 is the fit. Fiio nailed the ergonomics where as the Zs6 will be too big for some and not comfortable for others.
Click to expand...

Hey,
Gearbest just refunded me the money for the zs6 I purchased at a discount without any explanation. I am on a tight budget and will only spend as low as possible for getting great sound quality. I will only purchase the f9 if they are substantial improvement over the zs6 in terms of sound quality. What is your opinion on the matter? Accessories and comfort doesn't matter much to me.
Share This Post
post-13785376
Post #23,502 of 50,114

dbaker1981 said:
I wouldn’t say fatiguing but they are bright. Very clear and detailed. I must say they are probably my favorite iem I own right now. I enjoy them more than my IT03 by a wide margin. The F9’s I’m talking about.
Click to expand...

Wiljen said:
I'm not sure that particular combination is represented in this group of earphones.
My feelings on each as succinctly as I could put them are:


BGVP DM5, - quite mid forward (particularly upper mids in the vocal registers). These lack a bit of the bass extension of others here but do have a nice low rumble when called upon, but the mid-bass is way less spectacular than the K3 or the F9. Very comfortable and a very pleasant signature without adjustment.
Plus - great sound signature out of the box without some stray peak in an odd location.
Minus - Mid bass is less refined than others on this list.

Magaosi K3 - A full step above everything else on the list. These have a coherency to their sound that just isnt normally found at this price point and a really balanced signature. They are mid forward but are just shy of having the bass punch you are looking for. Not that they are bass light, just that they are well in proportion to the rest of the signature and couldnt be considered bass heavy.
Plus - Best signature I've heard in a sub-$200 in ear. Draws comparisons to the LZ-A4 and the SWIII.
Minus - cable could be a bit better but at $100 - this is nitpicking

Fiio F9, - Similar to the Zs6 in sound with a prominent treble spike (albeit at a bit lower frequency so even more annoying at times). Reacts well to EQ and has a very listenable shallow V shaped signature. Not as mid centric as the K3 or DM5 but a comfortable long session user once tuned a bit.
Plus - Well composed sound signature with good balance of mid to bass without a pronounced mid-bass hump.
Minus - 7kHz spike really cannot easily be ignored and must be adjusted for.

TFZ series 2 - similar to the DM5 in that the sub-bass is not super extended, but it does have a bit of rumble to balance the profile out. Mids are the highlight and it does vocals with an ease that isnt present in the Zs6. Treble is well behaved but again not super extended and it loses a bit of crispness on cymbals due to the roll-off at the top end.
Plus - Vocals oriented sound signature good for long listening sessions
Minus - could use a bit more bass and a bit more extension on both ends

For sake of fair comparison;

Zs6 - Very good bass extension but well proportioned to the rest of the signature, a slight mid-bass hump that bleeds into the lower mids although not nearly as pronounced as a lot of other budget earphones. Upper mids take a back seat to treble which is over-stated and can become sibilant without some tuning efforts.
Plus - Extension on both ends
Minus - control at the upper end

Jay Magaling said:
But I thought peeking at the nozzle is the right indicator? I can only see 1 BA (1 circular thing) on mine but I have the box on the right.
Click to expand...

The box on the right is ZS5 v2. I for quite some time thought that I have v1 becouse I could not see second BA. But when I used really strong light source and after many minutes of adjusting I could see that there is indeed 2 circles inside though they are quite deeper in the nozzle then I saw on pics that are posted in this thread. I think that QC is to blame becouse my ZS5 are nowhere near trebles cannons :E Yes they are sharp on silicon tips, but on KZ black sponges + rubber ring on nozzle to secure them tightly ZS5 are just amazing for the price. I have version without the mic and source i connect them to AIM SC808 (4xAD797&AD827) through extender. Though they play really nice and smooth form hp-out of redmi note 4x
Share This Post
You must log in or register to reply here.
Share:
Facebook Twitter Reddit Pinterest Tumblr WhatsApp Email Link