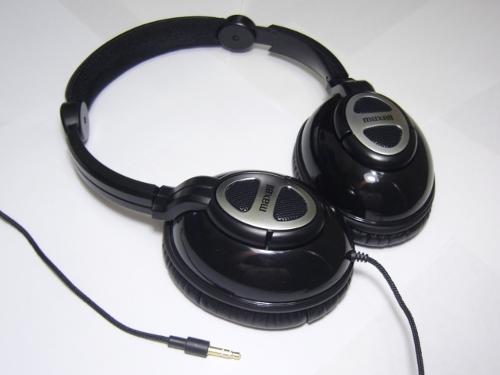 You are using an out of date browser. It may not display this or other websites correctly.
You should upgrade or use an alternative browser.
JVC RX700 back in stock!

xombie11 said:
Haha yeah, I asked an Amazon sales rep about whether that "1-2 months" was a mistake and was told that they would, in fact, take 1-2 months to ship. She said I'd receive them between August 24th and September 24th. What an amazing deal! /sarcasm

Awesome! I'm really one of those people that can wait that long for an order! I'll order it right now! (Sarcasm, of course)


So now I'm pretty dead set on the RX900s. The only things keeping me from ordering them are (1) the length of the cord--is it 11/13' feet with an extension or is that hardwired? that's a lot of cable to lug around--and (2) now that I'm spending $60, why not double that and perhaps buy a pair of Audio-Technica's A700, which are truly closed and overall a slight improvement over the RX900s in terms of form and function.
Click to expand...

1 - Length of the cord is permanent. That is the length without any extension.

2 - I love how we humans always have that philosophy. "I'm spending this much, so why not double it so I can get something else!" But that is just the thing, set a budget and stick with it. (I have a problem with that all the time!) But, if you want to pay double and 'upgrade' that is entirely your choice.

But the thing is, are the A700's really an upgrade?

A cable that long isn't as big of a hassle as you might think. It can get annoying if you are taking them 'everywhere' though.

Hm, I think it's decided then.

I kinda ruled out the A700s, seeing as this purchase will be my first real set of cans (I much prefer speakers) and I fear that I may not take full advantage of them--at least not enough to drop $100. I can always upgrade later.

I guess the cable isn't that big of a deal... perhaps it can be modded to be made shorter (this is one advantage of the A700s, they have a short cable + extension).

I see what you're saying about the A700s not being an upgrade. I've noticed that Audio Technicas really don't seem to be all they're hyped up to be (at least in the bass department). You pay a premium for the brand, whereas the JVCs are "knock-offs," using cheaper components that are similar--and in some cases better--sounding.

In terms of an overall upgrade, you may want to look into Shure's 840 series.

Not really expecting much (and my expectations were met going in with that attitude), I contacted Amazon's customer service.  I got the standard "Yep, they haven't shipped yet and we don't know when they will ship."  Followed by "If you don't get them by the latest date specified - August 16th - let us know."   And finally (I'm paraphrasing here) "If you don't like it, feel free to buy them somewhere else".

I guess there's probably not much more they COULD say.  I'm tempted to pay the extra $10 and just GET them from Newegg.   I went into an online chat with them this morning asking of they price-match (since I didn't see any mention of it in their FAQ's) and the answer was "no".

That's why I'm going straight for the 900's. Eventually.

That's why I'm going straight for the 900's. Eventually.
Click to expand...

So I bit the bullet and ordered them from Newegg.  Yeah, they were $9 more ($43 including shipping vs the $34 from Amazon) than the ones that I had (theoretically) on "hold" at Amazon, but I know I'll have them in 3 days....not at some point.

Bad news is that I went back and tried to cancel my Amazon order and it's not letting me cancel!  I suspect that it's because they were part of a multiple item order and I already received the other part of the order.  I contacted the great Amazon customer service again.  We'll see what happens.  Worst case is I'll end up with 2 pairs of the 700's....not all bad, but irritating.

Just sell the extra one here on Head-Fi.

Hahahaha.....something tells me that these are going to become difficult to obtain.  IF I end up with 2 pairs, I'll probably just hold onto them or give them to one of my kids......

katun said:
Just sell the extra one here on Head-Fi.

Okay...with a CALL to Amazon I was able to get the order cancelled........all is well again.  Now hopefully I'll get them in 3 days from Newegg...

does anyone want to buy my pair? i'm considering selling it since i never use it
i usually use speakers at home and a different pair when i'm at coffeeshops.... this is not a pair you would wear at starbucks
(but reading this thread is making me want to keep it)

$30 shipped from seattle pm me if anyone might want it, very lighly used pretty much like new.
i was about to put it in the FS section but i'll let this msg sit here for a day or two, kinda on the lazy side at the moment.
http://www.head-fi.org/forums/f12/stevenjchang-244643/
http://myworld.ebay.com/stevenjchang

stevenjchang said:
does anyone want to buy my pair? i'm considering selling it since i never use it
i usually use speakers at home and a different pair when i'm at coffeeshops.... this is not a pair you would wear at starbucks
(but reading this thread is making me want to keep it)

$30 shipped from seattle pm me if anyone might want it, very lighly used pretty much like new.
i was about to put it in the FS section but i'll let this msg sit here for a day or two, kinda on the lazy side at the moment.
Click to expand...

Wow...seems like a deal. You should go to the F/s forum. (if you are still shure to sell them)

My care cup runneth over...

For anyone still looking, the rx700's are $34.99 at buy.com here http://www.buy.com/pr/product.aspx?sku=206897541 with a limited amount in stock.  For some reason searching for the rx700's doesn't bring up any results but linking directly works.  Amazon is up to $45 now.  Everyone seems to love these and the price seems very reasonable so I ordered a pair for myself.

edit: back in stock
You must log in or register to reply here.