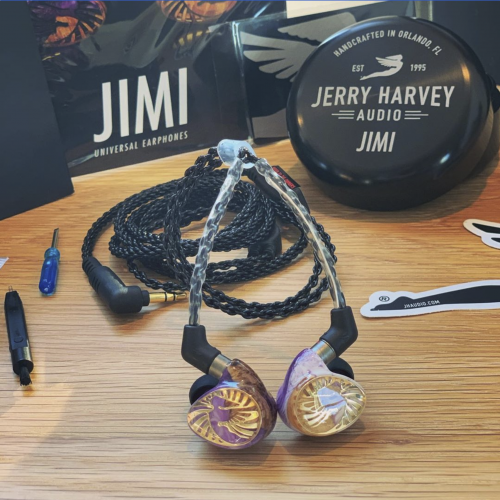 You are using an out of date browser. It may not display this or other websites correctly.
You should upgrade or use an alternative browser.
Jerry Harvey Audio Jimi AION - Universal IEM (Limited Edition)

Jerry Harvey Audio is releasing a universal fit version of their JIMI custom IEM, limited to 200pcs, and offering it exclusively through its dealers (we have some on the way). The shells are are also smaller than JH's previous generation of universal fit earphones!

Jimi AION is JH Audio’s newest addition to the AION Series with their Sonic Tube Chassis that was last featured on the Layla AION and Roxanne AION products released last year in 2019.

This is JH Audio’s FIRST EVER Universal IEM in their newest featured and upgraded Signature Design as well as the smallest profile shell they currently offer! They will be numbered and include a Metal Limited Edition card engraved with the number of the IEM.
HeadAmp - www.headamp.com 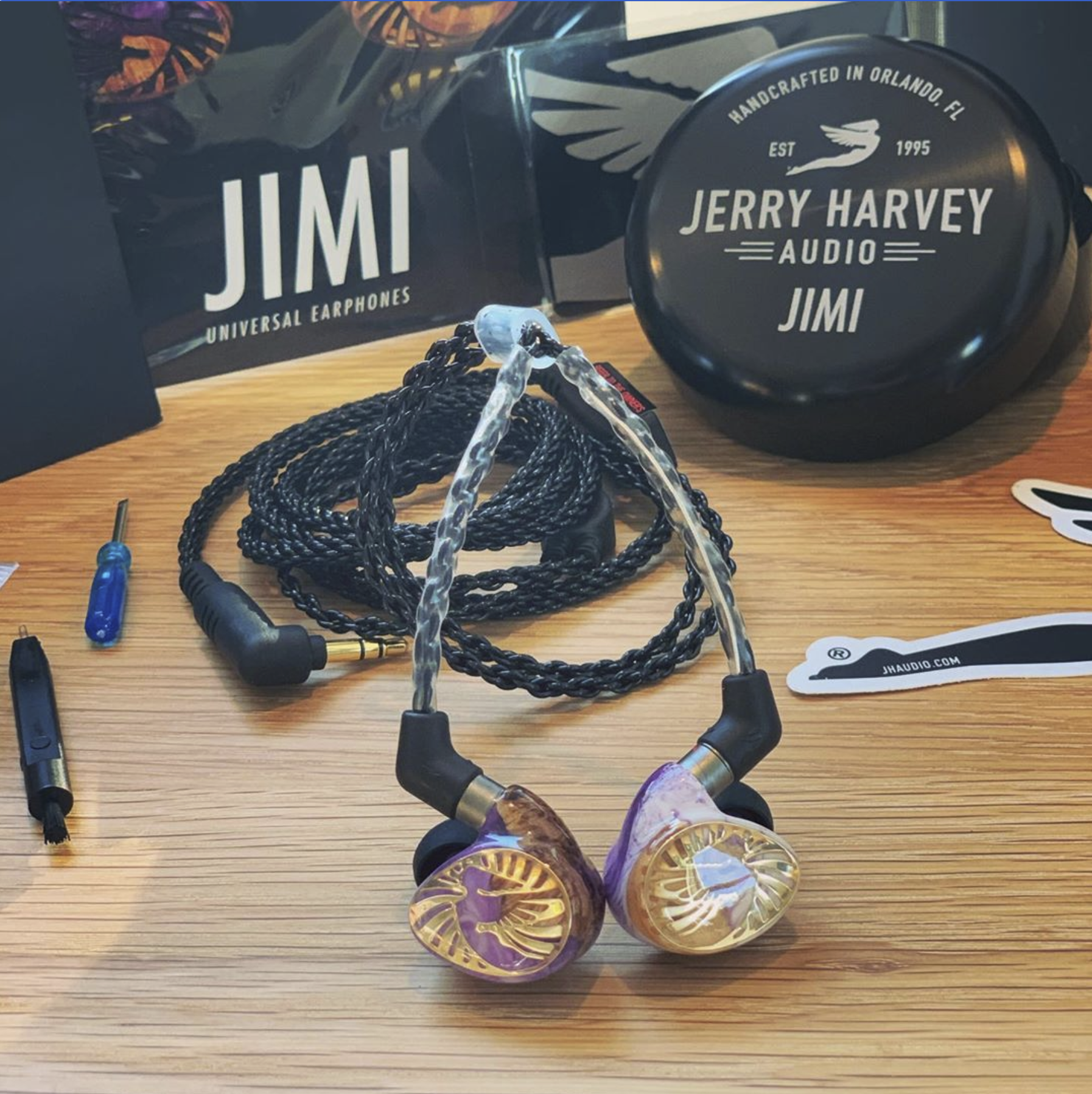 We have 2 pairs of demo JIMI Aion that we can send around. These are in black shells not the purple haze signature design, but the internals are the same. Existing and recent HeadAmp customers can sign up first if they want to try one of these out -- just post here.
HeadAmp - www.headamp.com

BTW, here’s a review posted by one of our customers. She had requested to demo the Andromeda 2020 and given what I knew about past preferences I decided to send a Jimi AION along as well without mentioning it

“I recently had the pleasure of auditioning both the Campfire Audio Andromeda 2020 and the Jerry Harvey Jimi iems. I went into this experience expecting myself to walk away with a pair of Andromeda 2020s. Things didn't go the way that I thought they would. I had spent months yearning for a pair of Campfire Andromeda 2020s. Even before the 2020 revision came out, I was really hoping to someday either try or own the originals (which I still have not heard). I have read countless of reviews, watched countless of videos, and spent a lot of time reading impressions. I was thrilled to have a chance to demo them. I was also thrilled to have the opportunity to try the Jerry Harvey "Jimi", which I had no previous expectation bias towards, seeing as they weren't even on my radar before now. I sat the Jimi's off to the side as I auditioned the Andromeda 2020s. I had the Andromedas in for several hours without even taking them out, so, I clearly did like them. Truth be told, they are a fantastic pair of iems. I have several TOTL over-ear headphone models but haven't had much experience with iems above the $500 price range, so, this was quite a treat.

After spending a few hours with the Andromeda 2020s, I took them out and reached for the JH Jimi. I hadn't read any reviews about these so I had no idea what to even expect. The person who let me demo these just included them in the box as an extra demo bonus. When I plugged them into my source and turned on some music, "WOW!" was the first word to pop into my head. The product info for these states that they are: "funky, smooth, yet electric" and I fully agree with that statement. These have a sound signature that is really fun while still sounding very clean. There is a bass boost dial on these, in case you want a more punchy low-end, which is a fun bonus. Something about these just sounds right and very pleasing. Don't get me wrong, the Andromeda 2020s are fantastic, but they are just not for me. I respect their sound signature and I respect them as a whole, but, I feel as though there are many people out there that probably appreciate them a lot more than I did.

When I first started my hi-fi headphone journey, I initially thought that I wanted the cleanest and most reference sound that I could possibly get. For this very reason, I adore my Focal Clears and my Sennheiser HD800S for whenever I want that clean sound signature. However, I have always been a fan of iems and earbuds. I've never ventured into higher end stuff for those, so, this was a first. It's honestly really hard to demo these things where I live, and, I've ordered iems before that were expensive that I just didn't care for. I was often times unable to get a return on them, so, I've had to sell off lots of iems on the used market. For fit and comfort, I definitely give it to the Andromedas. They are more comfortable, but, these are not uncomfortable at all. I can feel them more and am more aware of them, while the Andromedas sort of disappear and stay put a bit more easily, but I'm not bothered by it at all. I've gotten the hang of how to make these stay put for a long while to the point where I don't notice them nearly as much as I first did.

I know that it sounds cliche, but, I've been re-discovering all of my music while wearing these JH iems. I've been wanting to listen to everything I've ever listened to with them on. I've woken up being excited to put them back in and jam out to my music. At the end of the day, I realized that I really do love more fun sound signatures. My Clears and my HD800s are not going anywhere because they are very good for a certain purpose. However, if I want to just chill out with some music to wind down? These and my Empyreans are my go-tos for that sort of purpose.

I just ordered my own pair and can't wait to have them. The ones pictured are the demo unit that I have had the pleasure of enjoying over the past couple of days. They are much more gorgeous in person and I cannot express enough how much of a blast I've had demoing these. I can't wait to check out what else JH has in the future.”
HeadAmp - www.headamp.com

justin w. said:
We have 2 pairs of demo JIMI Aion that we can send around. These are in black shells not the purple haze signature design, but the internals are the same. Existing and recent HeadAmp customers can sign up first if they want to try one of these out -- just post here.
Click to expand...