You are using an out of date browser. It may not display this or other websites correctly.
You should upgrade or use an alternative browser.
Jade II Tear-Down Rebuttal

If it Fang’s intention was really a rebuttal, he would have posted his thoughts on that other site where the subject was originally brought up. Posting here is CYA PR only.

Guys, let's be civil here. I don't want to have to ban anyone from the thread.
CanJam Chicago 2022: official thread | buy tix

HIFIMAN posted a video about the comparison between the Jade II amplifier and STAS SRM-001 amplifier, here is the link: https://www.youtube.com/watch?v=9G0CJBdwtDc&t=11s

There are some posts that state our HIFIMAN Jade 2 amplifier copied STAX SRM-001 amplifier design. We do have a STAX SRM-002, the younger sister of SRM-001, which is very similar to the 001. 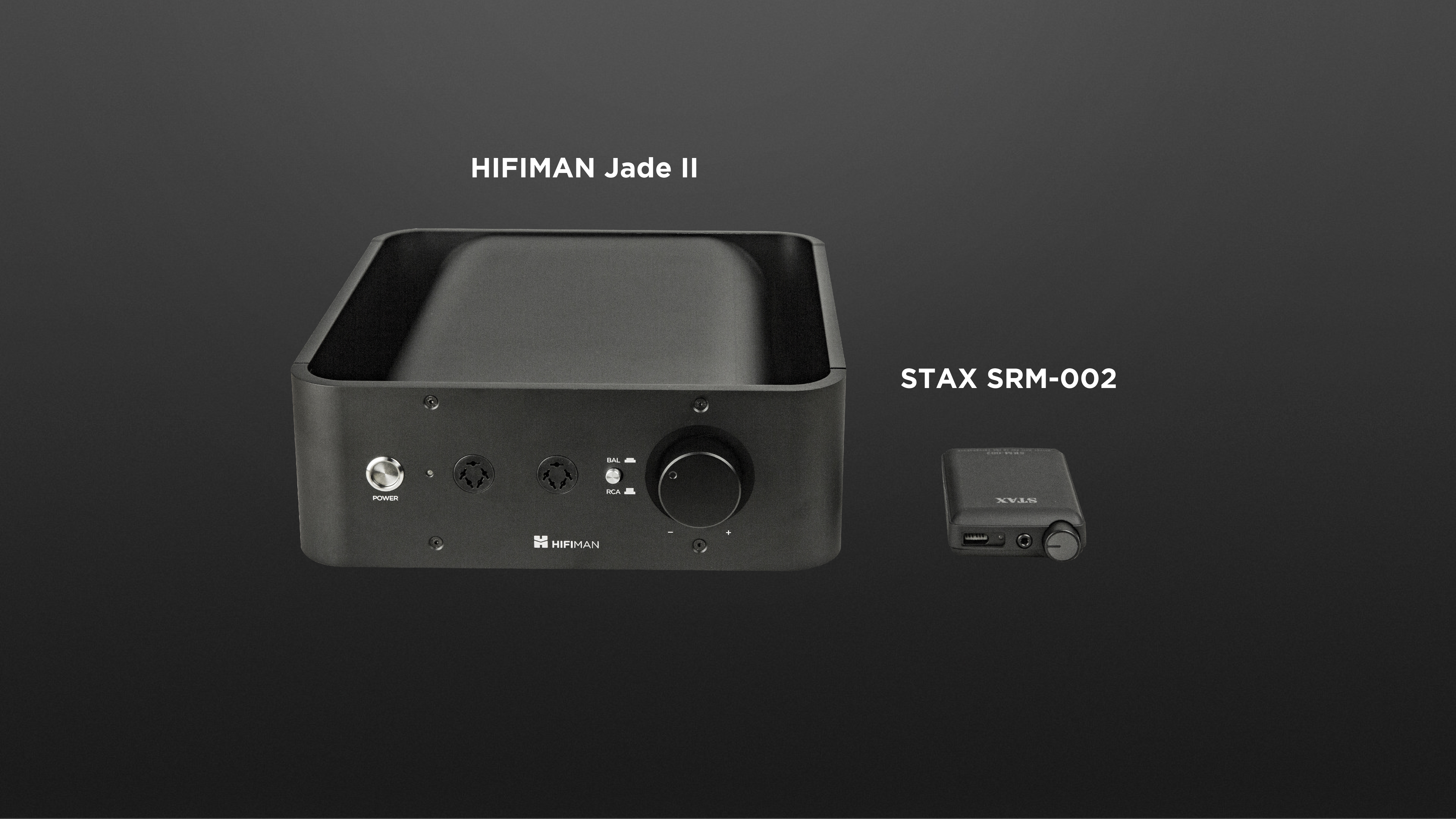 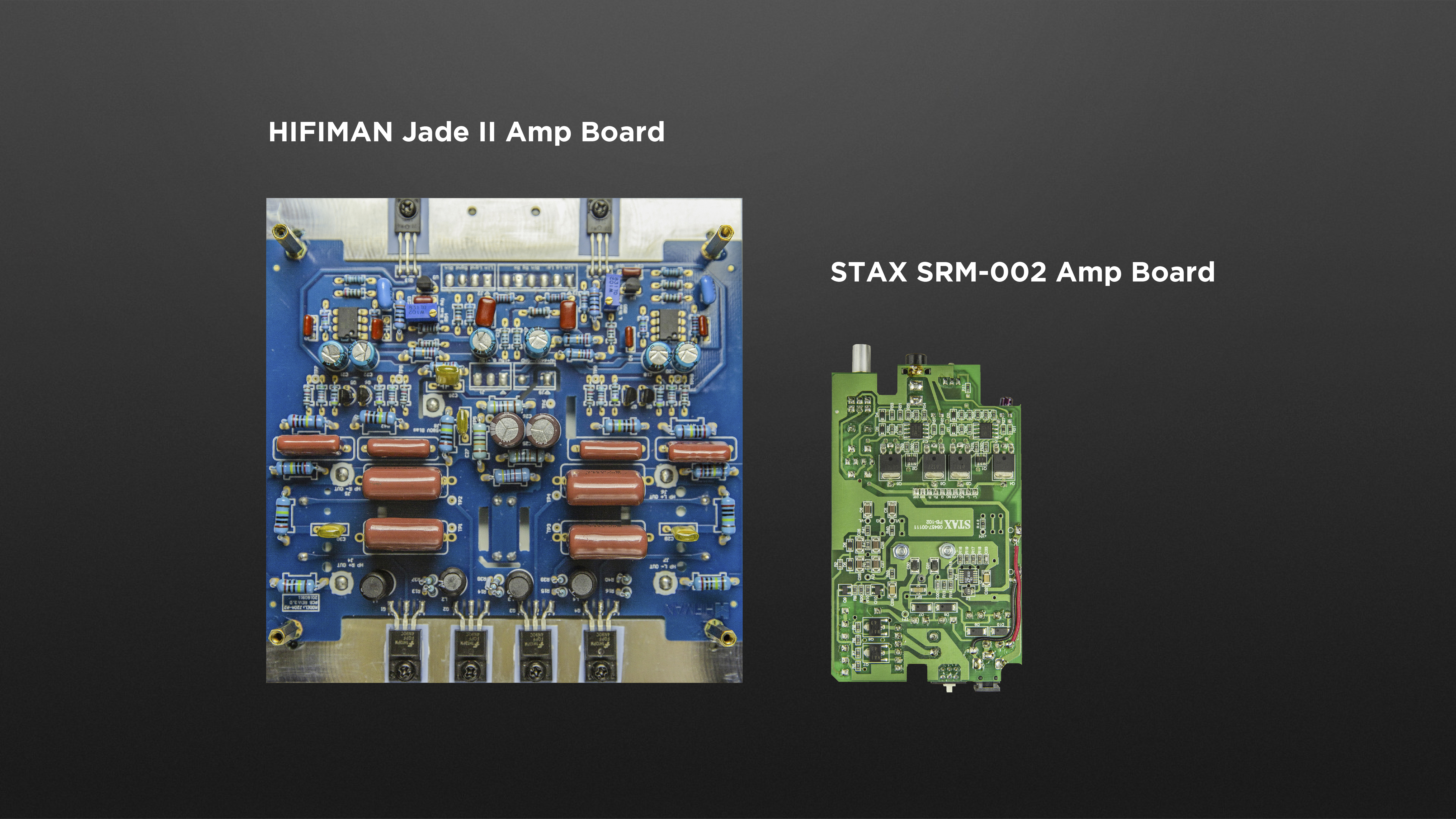 Moving on, then you can see that the HIFIMAN Jade II uses a cascode differential circuit of transistors and more sets whereas the Stax uses transistors only. 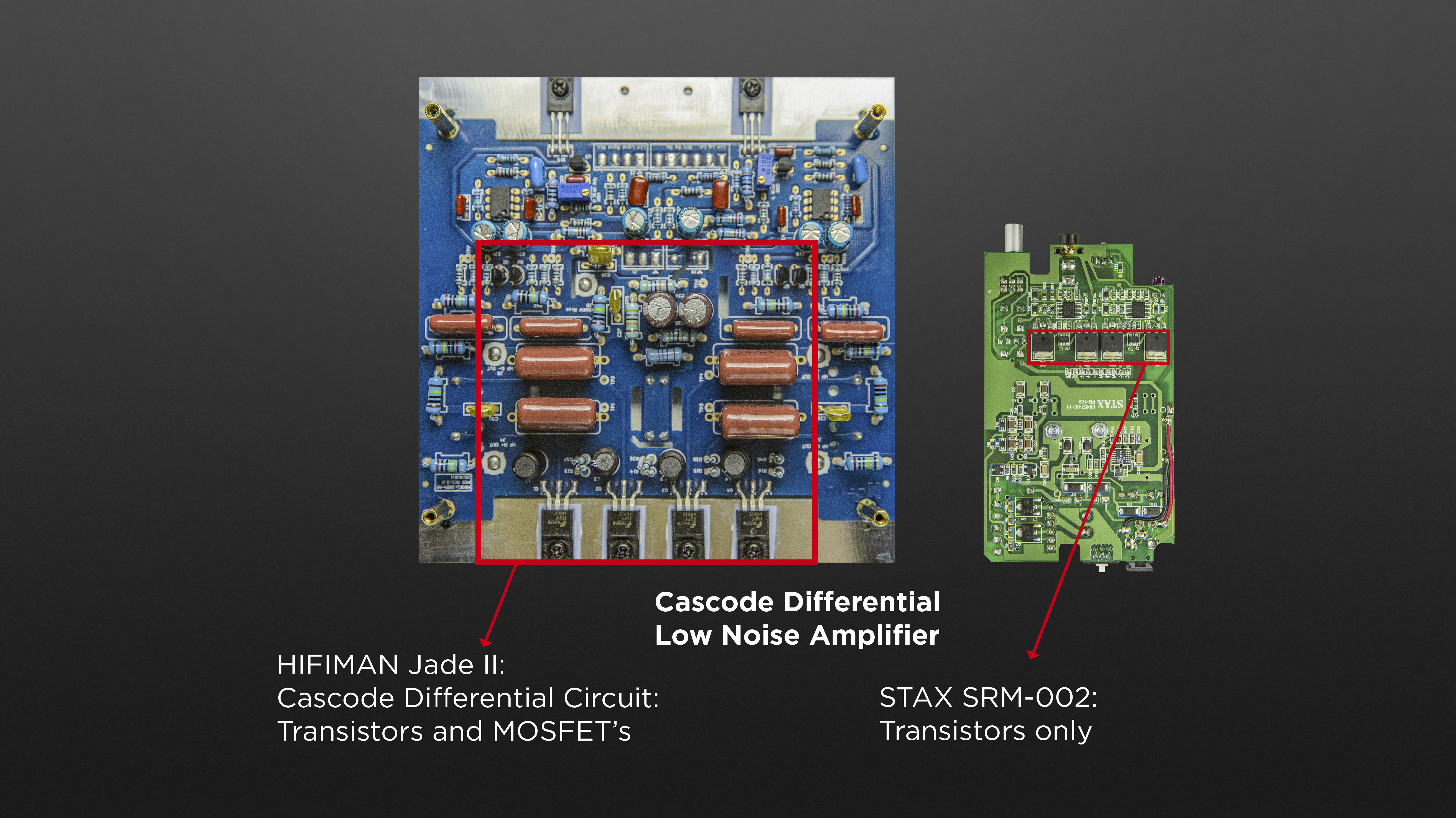 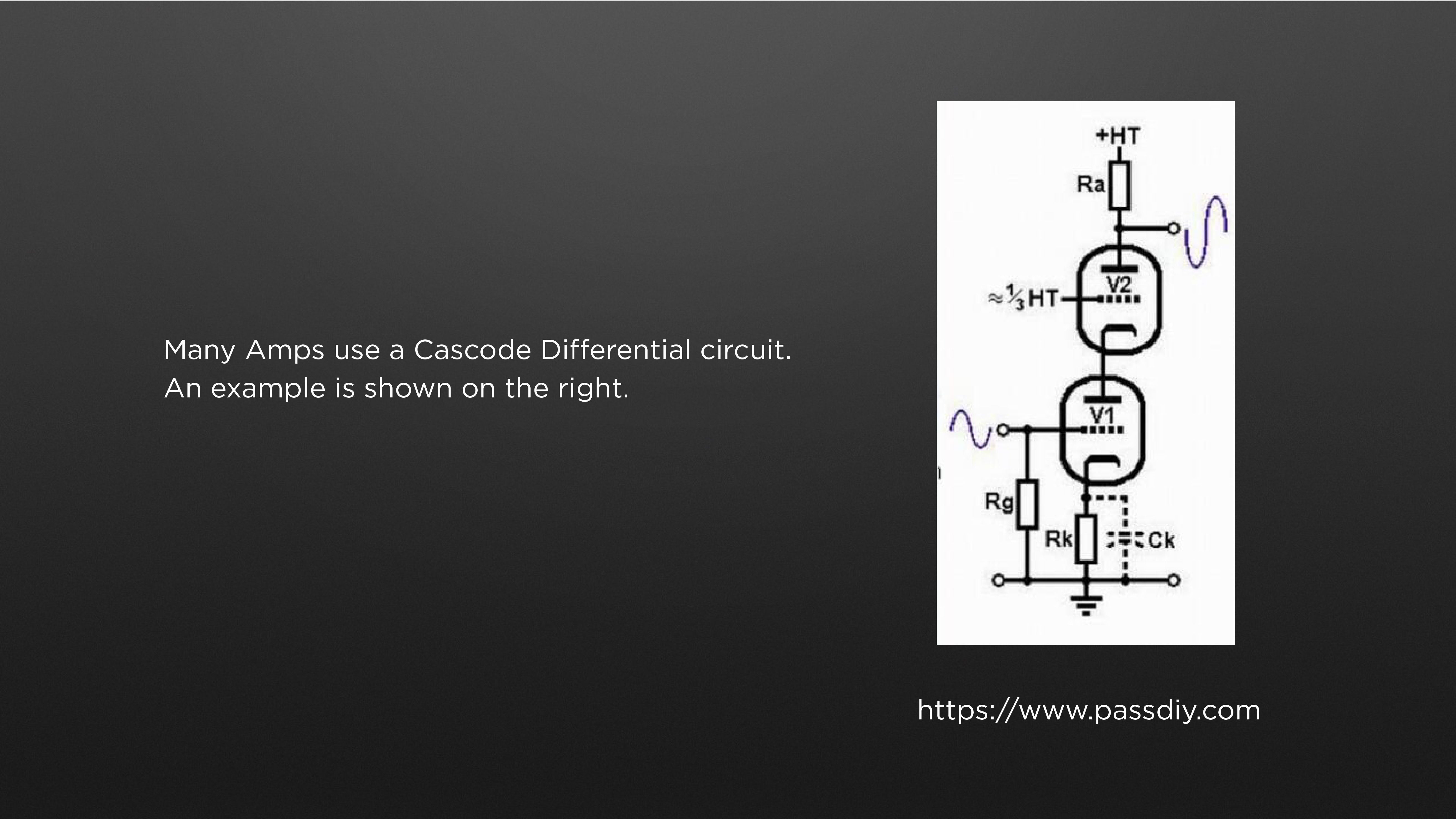 Then we go on to the electrical supply, which in the case of Jade II uses an 80w transformer with an output of two times of 320V and a total amp output of 1200mw at 10kHz. In comparison, the STAX SRM-002 has an electrical supply of 3V rubbing off a couple of AA batteries and a max amp output power of 147mw at 10 kHz. As you can see a high-speed train has wheels and is a great form of public transport and a bicycle, well it also has wheels and is also a form of public transport. 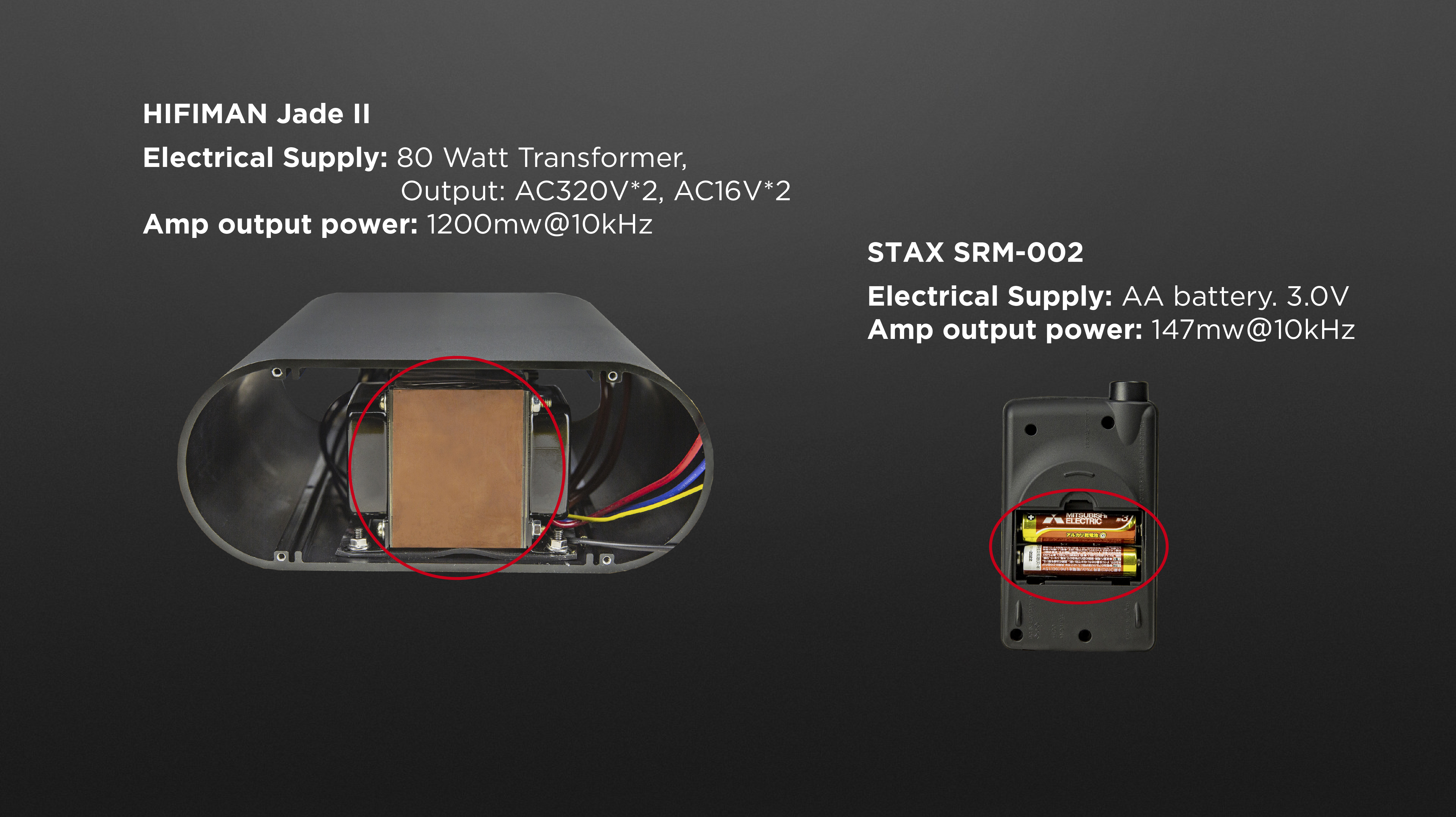 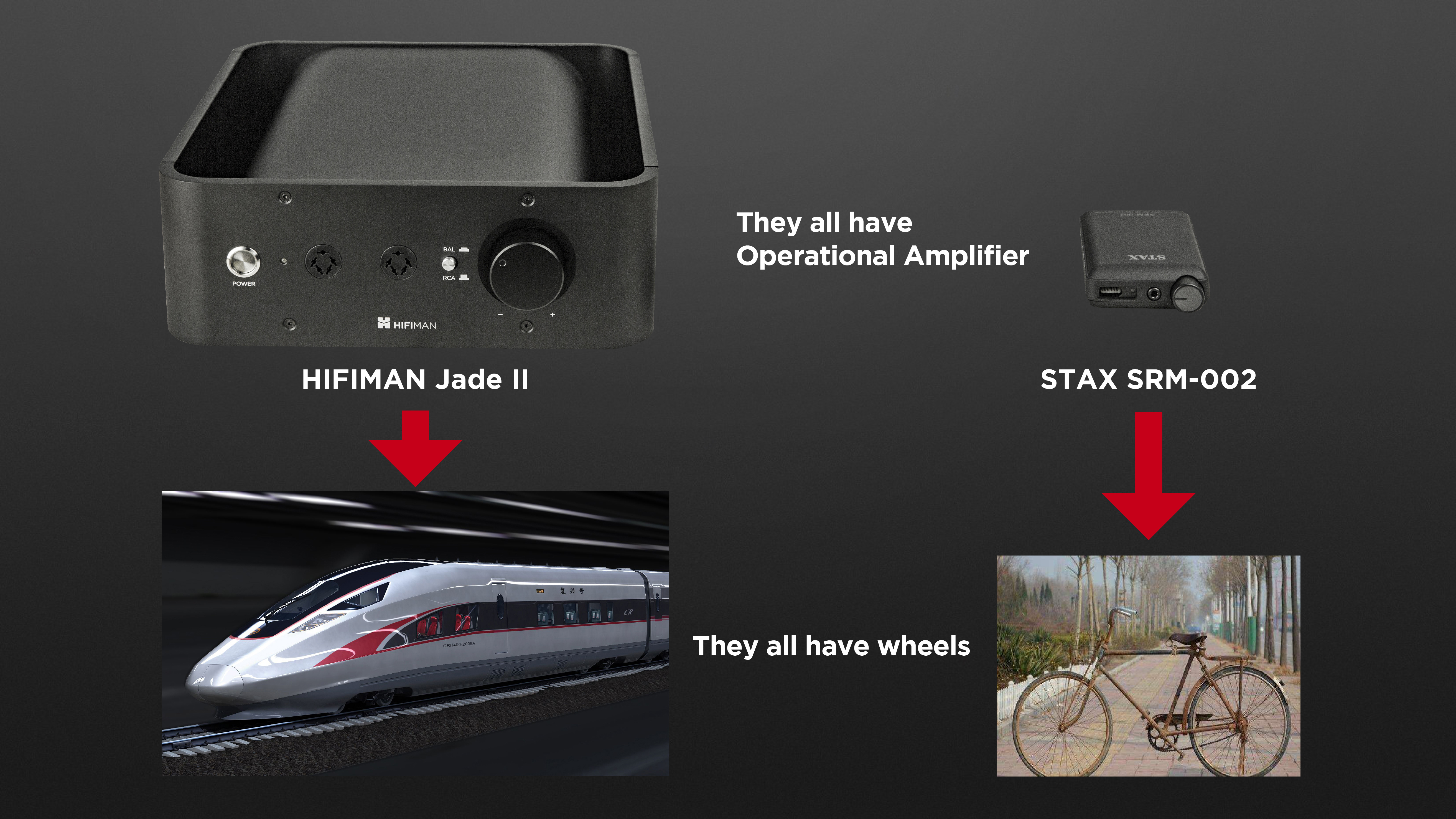 Now, we shall take a look at and test the amplifier which was used by the Canadian gentleman who reported an issue with his Jade II System.

We will still set the testing voltage at 1000V DC.

We will connect with the neutral wire and live wire of the electrical socket to test the electrical insulation between the transformer and the ground. Now we measure with the Ohmmeter at 1000V DC, the impedance is infinite, thus the voltage leakage is zero.

First we open the Jade2 and get ready to test. It works well (please do not open and use the amp at home.) Then we check the voltage between two working points. Now we can begin testing. Here we are testing the high voltage supply point, DC 671V, normal.

Thank you for your attention.

I don't think that anyone said the Jade II amp was a direct physical copy of the SRM-001, just that the circuit was similar, in that both used an op amp input. And given the difference in form factor between the two, of course the Jade II amp can run a higher output current than the 001. The exact quote is, "the circuit is more like the SRM-001 blown up a bunch. So opamps input, solid state version of grounded grid output stage, resistor loaded, and capacitor coupled output." None of which implies a physical copy.

On the other hand, the output impedance of a cascode circuit is quite high, roughly the resistance of the drain resistor. This can limit the high frequency output of the amp circuit, as it is driving a capacitative load (the electrostatic headphone), whose impedance decreases with rising frequency. This problem can be decreased by some extent by negative feedback, so how much of an issue this is in reality remains to be seen.

Finally, 1200 mW = 1.2 watts into 10 kHz works out to 2.74mA RMS output, or 437 VRMS. I wonder if this is into an electrostatic headphone load, which is typically around 100 pf, as the Jade II circuit apparently uses resistor output loads with a 600V power supply, and the resistor loads generally limit the high frequency output capability of an amp circuit (for example, the Stax SRM-T1, which uses 66k plate resistors, is specified as 300VRMS output, and that at 1 kHz).
Last edited: Apr 4, 2019

TEAMHifiman:
From Shakespeare: "The lady doth protest too much, methinks"

Post a schematic (or at least a partial) so that people can actually evaluate the claims. Or stop posting about it. Your posts provide no substantive rebuttal, and those who know electrostats and amp topologies and have poked holes in your rebuttal. Kind of the put up or shut up point in this discourse....
Last edited: Apr 9, 2019

I guess it pretty much explains what kind of company this one is.
You must log in or register to reply here.