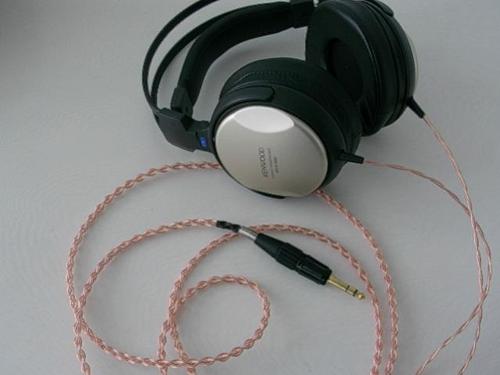 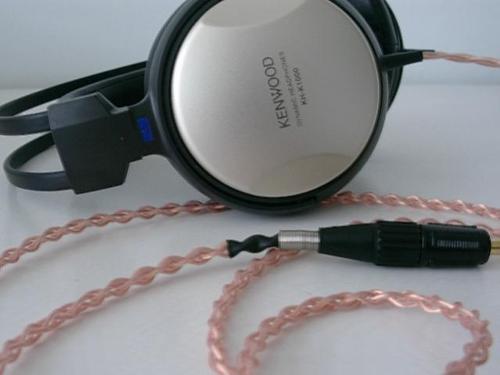 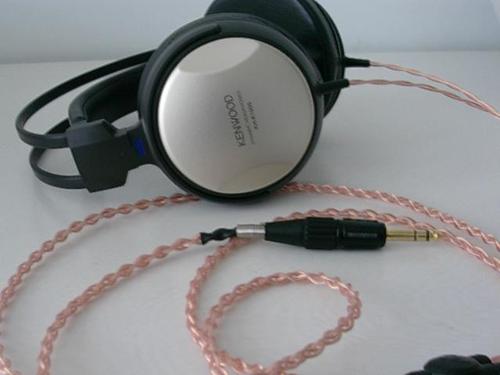 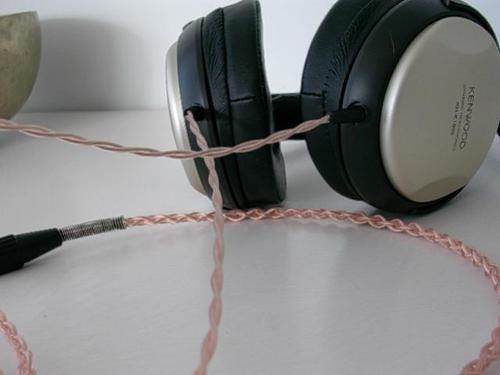 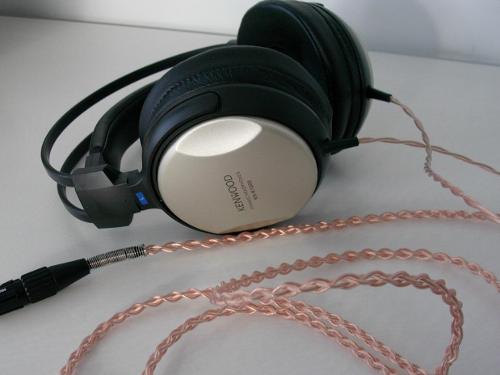 You are using an out of date browser. It may not display this or other websites correctly.
You should upgrade or use an alternative browser.
Introducing Lawton Audio-- Denon Mods, Re-Cables, Woodies & More.

Thanks Miguel. As much as we appreciate the feedback we consistently get from the hiobbyist community, it's also great to receive some attention from the mainstream press.

Cheers.
Click on my user name and send me an e-mail.

Gently used demo unit comes with African Sepele Mahogany cups. The Mahogany is an excellent all-around wood no matter what your musical or sonic tastes, perhaps erring slightly on the warmer, more relaxed side of the spectrum. Gorgeous stuff, I wish we could get more blanks of this quality!

Full retail price on this configuration is $1789.

Click on my user name and send me an e-mail.

congratulations - nice review indeed.
Would you know the LA2000 that the reviewer used to make comparisons to?
Do the Cups on the LA7000 differ in size from the v4 you used on the LA2000 mods or is that particular LA2000 in the review more likely a pre v4 model?

Hi suikodenii,
You hit the nail on the head. Here's the back story. A friend of the reviewer's had ordered a pair of early LA2000s that had an earlier revision set of cups attached, and these cups were not quite as large as the current V.4 cups. This customer was so impressed with his LA2000 that he sent them to the reviewer, a fellow headphone enthusiast for a listen. The reviewer, Linden Park, liked what he heard of his friend's LA2000 and contacted us for a review sample.

Because we were introducing the new flagship LA7000 which also featured the new V.4 cups, that's what we sent Mr. Park for his review. There was a small mis-understanding as reflected in the review; we do not make different sized cups for different phones. All Lawton Audio cups for sale now and for the last 11 months (aside from a few demo cups clearly marked as V.3) have been the latest V.4 version.

Mark
Click on my user name and send me an e-mail.

Used once, as new condition, and only just barely broken in. We don't do sales on new items, so if you are waiting for an Adrenaline at a discount-- here it is!

10 feet in length, with black nylon sheath and Xhadow XLRs.

Also, the demo pair of LA7000s with Mahogany Cups sold fast, removed them from the web site, but forgot to note that they were gone here in the Sponsored Thread.
Click on my user name and send me an e-mail.

Same one.
Click on my user name and send me an e-mail.

Taken from another thread.

I've heard from various sources/reviews that the markl mod changes the overall sound of the D5000s quite a bit from their stock sound, rather than just taming the bass and bringing out the mids. It seems to be a love it or hate it thing, which I suppose is true with any cans.

Then again, some people say that if you love the stock D5000 sound that the markl mod is just more of the same but better, while others say that it changes it into a completely new headphone. I think that this is what has so many people debating whether or not to go through with the mods.

Would you say that for people who don't want too much change in the sound of the D5Ks, and just want to tighten up that bass a bit, would get along just fine with damping the cups, or would a more drastic mod be necessary to really understand what the markl mod does?
Headphones: LA7000 Lite w/ JMoney Pads (Coming Soon)
Amplifier: Audio-GD C2
Source: Audio-GD DAC19 DSP1

I will not speak for others but to me the mods made the D2000 and the D5000 a much better headphone all around. Yes I have had both and I stand by the mods making for a much more enjoyable can while retaining its original sound ... just way better.
Feedback

I think when people say it makes them a "whole new headphone", what they are remarking on is the degree of improvement being so surprisingly big, rather than actually making them sound like a whole different headphone.

No mod can trasform a Grado into a Sennheiser, etc. All our mods are doing is taking what is there and improving on it.

The one comment that can mystify me is when I read someone who has not tried the mods say they are perfectly happy with the Denons as they are and believe the mods are a waste.

That would be a valid comment for that particular individual *if they had heard one of our mod-ed phones* and done some good A/B work. If you already love the phones, the mods will just give you more of what you already like and improve on things you may not even have noticed were not fully optimized until you were able to hear a version of the phone that had been corrected.

The other mis-conception is that mods are only for people who find the bass bloated on the Denons, as if bass were the only thing affected and that impact was to truncate, roll, or otherwise lop off the bass of the phones. Again, there is no loss of musical bass information from the mods, nothing is done to thr driver itself. By making the frame in which the driver sits more rigid and damped, it allows that driver far fewer places to release and dissipate that bass energy, except where it is supposed to. The mods will tightend, harden, speed up and increase the impact of the bass. You will lose most of the extraneous, non-musical resonances and vibrations throughout the assembly, and good riddance to that unless you like the woopie-cusion effect and simulated bass impact they provide. We find that effect distracting, causing a loose, flabby bass cloud.

The damping affects more than just bass, it's able to bring the mids forward in a psycho-acoustic sense because the bloated bass cloud is no longer overwhelming the lower mids. The sound is less muddy and more focused. Detail and apparent resolution increase.

Also, the pad mod (and our cups) enhance and expand the soundstage in an easily appreciable way.

Bottom line is we can't make the Denons into a whole new headphone, we can improve solidly on what's already there. If one already likes the Denons, that is not a reason to avoid the mods; they can only give you more and better of what you already like. Bass is not rolled off or softened or neutered; it gets harder, faster and more focused. Finally, the mods effects are not limited to the bass, but impact the whole presentation in various positive ways.
Click on my user name and send me an e-mail.

I think the following quote taken from Skylabs review of the MD5000 (with Jena recable) is what has me worried about the sound change. Specifically the "brighter", "cupped hands coloration", and the "sound VERY different from D5000" parts.

"But we don’t live in isolation, do we? The whole point of this exercise for me was the comparison. Let’s start with the comparison with the stock Denon. To begin with, the MD5000s sound VERY different from the stock D5000. There is no question about that. The difference is pretty surprising. The MD5000 are much brighter sounding. It makes the D5000 seem positively laid back by comparison. The mids are significantly more prominent with the MD5000. On some music, this was a benefit, but on some songs I preferred the stock Denon’s presentation. There is also a tiny bit of a “cupped hands” coloration with the MD5000’s mids that I could sometimes hear. It wasn’t a big deal, but it is there. I would not say that the MD5000 has the more neutral mids. I would say the stock D5000’s mids are slightly laid back, and the MD5000 are slightly forward. So with either, system matching will be the order of the day (as it always is), and one’s own preferences will of course also come into play."

I picked out my amp/DAC as they were known to pair well with the D5000 and not make it overly bright, and I don't want the mods to mess that up, especially since the most important ones are irreversible. Is this a legitimate concern, or am I worrying over nothing?

Another quote that has me worried. Admittedly the review has some nice things to say about the mod as well, but these quotes are worrying me.

This is the review I was referring to:

Again frequency response does not change between stock and mod-ed phones. There is a Psycho-acoustic effect of the mids and highs being clearer and more focused due to the control the bass is now under. Let's say you have a drawing of three circles with one circle much larger than the others and slightly overlapping the other two. Now you reduce the out-sized circle's size to be the same as the other two circles and have it no longer obscuring either of them. It may look to some observers that the other two circles have grown in size because the big circle has been made smaller, when in fact they are all now the same size. Make sense?

So yes, there is an apparent change. That particular reviewer seems to be in the middle as to whether he feels the psycho-acoustic effect of more forward mids and highs is always positive. Fair enough, he's entitled to his opinion, even if it isn't representative of the usual feedback we receive or has been posted elsewhere regarding our phones.
Click on my user name and send me an e-mail.

Don't take the word of one reviewer so literally, or so precisely, or (more importantly) as one that will necessarily match your own preferences. Reviews are one person's opinion, from one person's perspective/reference, & coloured by their own personal preferences. No one's opinion, no matter how respected or prolific, matters more than your own experience.

I've heard the very headphones used in that review, as the current owner is a well-known member of the NY Head-Fi contingency. I, personally, would never use the word "bright" to describe them, either in the absolute sense, nor even relative to other warmer headphones. To me, these modded cans fall into the warm & lush side of the sonic spectrum compared to my neutral reference (Etymotic ER4). They sound very nice out of a properly matched amp, which (again, imo) is a fast, neutral solid-state amp. This only underscores what I stated above, as the previous reviewer typically prefers tube amps.

If you are so interested, do yourself a favor and find a pair of modded pair before passing judgement. Love 'em, or hate 'em. Lust for them, or can't justify the price - no problemo. But nothing is as worthless around here as a vehemently stated opinion that has absolutely no experience to back it up.
"There's this idea that somehow you've got to keep changing things, and as often as possible. Maybe if people just decided not to buy anything for a while, they'd get a chance to think about what they wanted; what they really liked." - Vivienne Westwood

Old feedback thread is here.
You must log in or register to reply here.