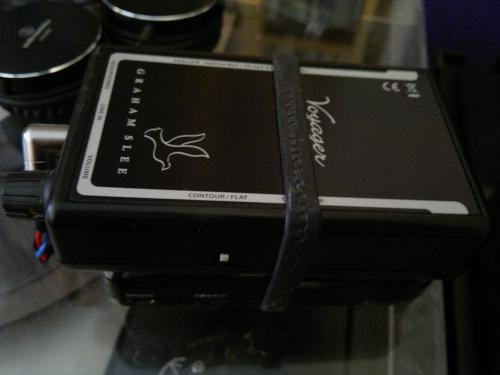 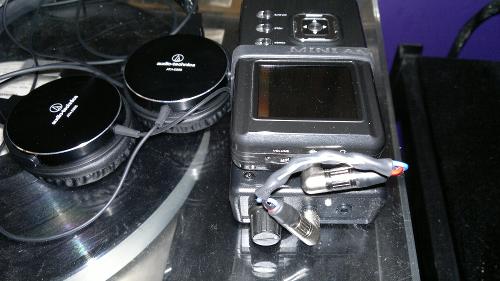 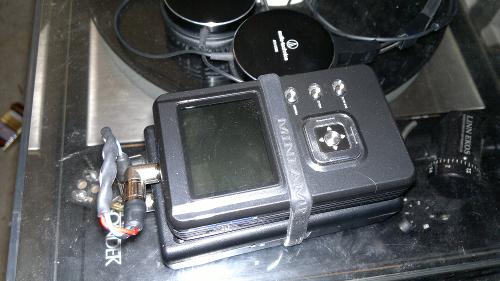 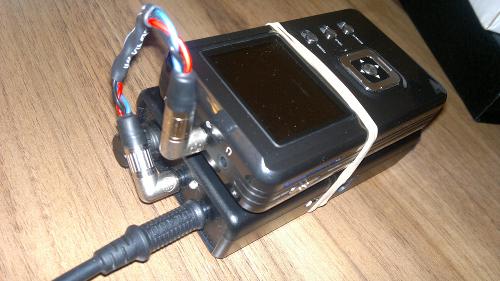 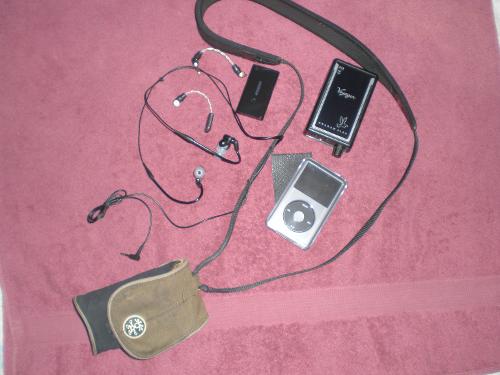 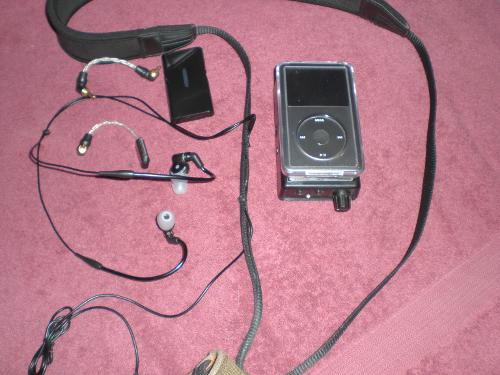 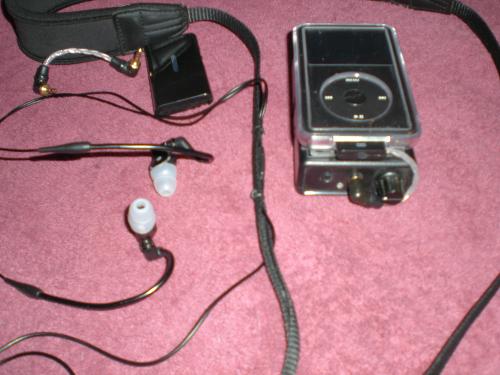 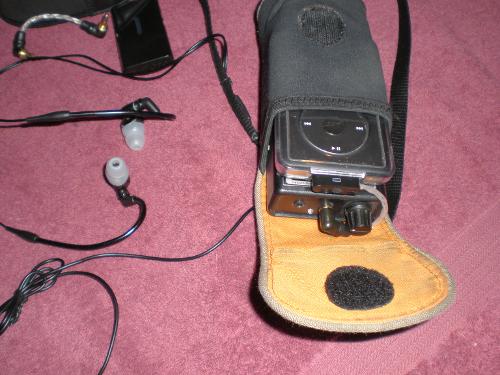 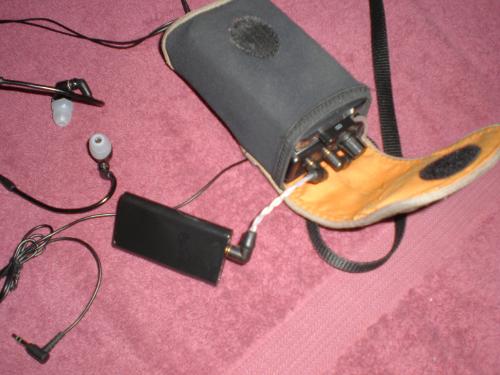 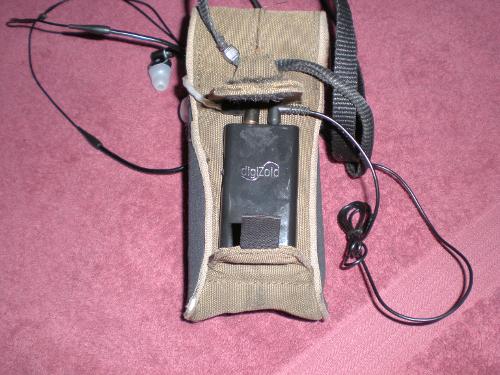 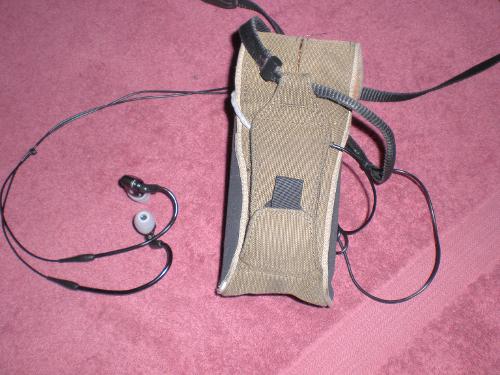 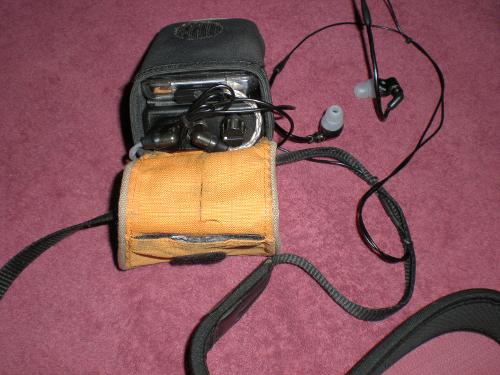 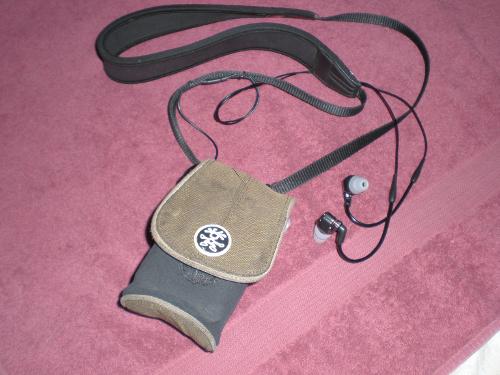 You are using an out of date browser. It may not display this or other websites correctly.
You should upgrade or use an alternative browser.
[Impressions]Graham Slee Voyager

A couple of days back, one of my friend's friend drop by my club's room for lols. Like many of us, he is an audiophile and to my delight and fortune, brought along his portable setup which essentially consist of the well revered Voyager and a pair of what seems to be(I wonder why I did not ask) Westone Customs.

So, I ask to borrow his Voyager for a 1hr run before an important exam returning it. The following listening session was overall, disappointing given my very lofty expectations of the Voyager. On flat, the music sounded like mud for me, it just would not do. On the "contour" setting, it was perfectly listenable, with pretty emphasize bass and high end but otherwise at the point, I would rather use the FiiO E11 since both have similar(not too sure) noise performance to me. A/Bing the O2 and Voyager, differences were by a mile, I know it isn't fair but it was my only amp on hand that time. The Voyager had lots of body to it, almost a little overwhelming for me which is saying something since the TF10s I was using at the time were known for the slightly recessed midrange. Resolution I found was good but not much better than even the E11. After the session, I was left wondering how did the guy listened with such a setup.

I have not tested this with any headphones yet but if I get the chance(or money to get new phones), I would still like to try out the Voyager with something like the German Maestro GMP 8.35, Brainwavz HM5 or HD650 but right now, I think its terrible overall with IEMs in general based on my experience with it on the TF10*.

*TF10 was my basis of judgement and is not absolute

I have the Graham Slee Voyager along with Corda Headsix, various Fiio amps. The Voyager has a problem with the TF10's - it sounds terrible to me with no treble and muddy mid range. I think the impedance / sensititvity causes problems (don't know how / why). Using the Voyager with HD25 / DT150 / P5 sounds great, really great, just not with the TF10. I have used other IEM's with the Voyager and had better success, just not the TF10. With the headphones, I find the Voyager to be a fantastic (if not a bit ugly) amplifier. Note: I did try using the UE airline adaptor to see if that affected the quality with the TF10's - alas no change, still awful.

Well the guy whom I borrowed it from is using a Ipod with some exotic crystal cable like LOD, I'm using the iphone 3g with FiiO LOD. Swapping LODs around did not change my impression of the Voyager(duh).

I personally think its hard for the Voyager to find success with many IEMs due to the nature in which its built. At least for new people, they should audition one(and a few other amps) before buying.
http://www.head-fi.org/t/607282/headphone-amp-impedance-matching-basics-you-need-to-know
http://www.head-fi.org/t/609480/ok-so-what-can-i-reliably-measure-from-a-pc-soundcard

love mine, but don't use IEMs.

just wish I could find a DAP with a line out that I could use it with on the move!


all I want is a really good DAP with 64 gig, plays WAVS and AAC, has top components and killer line out,
IT DOES NOT NEED A HEADPHONE Socket.

One day someone will make one, and make a killing.

http://www.touchmyapps.com/2010/02/02/graham-slee-voyager-headphone-amp-in-review/, good review here, no the Voyager Is NOT good for balanced armature earphones, my TF10s were aweful with it, and I always thought it was the TF10s, lol, so I traded them for the EX600s! and it is a wonder with them, well I do run it into a ZOv1, even sweeter yet! otherwise it is a marvel of amping! I have had mine for over a year now, and they do need about 1200 hours to fully mature/burn in, to where the sound will not fluxuate any longer, it has an awesome soundstage, I love the contour switch, but when I run it with the ZO I use the ZOs bass instead of the contour swtchs, it also has rollable op-amps for DIY sound tweaking! which I have never done/attempted, I could potentailly ruin the Voyager? yikes, I will be getting the TTVJ soon? so I can do a comparrison with the dark TTVJ, buwa ha ha ha

so depending on how many hours the Voyager had, and with using the TF10s, no surprise you aren't liking it, but its sound isn't for everyone,  + it is an uberly coloured amp!

and depending on what interconnects i use it will also have a slight effect on what it sounds like, all silver will empahsize the treble and make the soundsatge wider and airier, copper will add to the bass and take some sparkle out of the treble, while copper/silver plated will fall nicely in the middle, I use all copper/gold plated interconnects along with using the EX600s, as to help tame the once harsh and sibilant treble, but since I've beeen listening to them for over 7 months now the treble is nnooo longer an issue!

"Feel the Power of Sound, and Tremble with Fear because of Him, or, er um, It!"

I do find it puzzling though that my friend chose to use if with his BA customs as he did though. I will be loaning it out sometime after my 6 week stint to try with some headphones. I look forward to your comparison with the TTVJ amp though

I have a Voyager on trial. I have been using it with my Shure 535SE. I quite like it, especially with the contour setting. On the flat setting, I prefer my RSA Tomahawk.

However, given the size of the Voyager, it won't be on my wish list. It's just way too big to use as a portable rig.
@Home: iTunes | Audirvana+ | HRT Streamer | Little Dot MkIII | Sennheiser HD650
@Work: Foobar2000 | AudioQuest DragonFly | Sennheiser IE80 or UE Triple.Fi.10 or B&W P5

I sometimes doubted how the sound of Voyager,I saw many China people using Voyager as a standard when they were competing the new portable amp.
And I found that the Voyager always be the miserable one compared to some handmade amp from China.

I do not like my voyager with my IE8. Fiio e5 e1 does a better job at that. Voyager gets used only with my koss ksc-75.
just like that

so you've heard the Voyager I take it? well it is not for everyone, size wise or sound signiture wise, but I will soon have a TTVJ to compare it to? but at current it is the BOMB for me with my rig:

iPod 7th gen Classic>copper/goldplated LOD>GS Voyager>copper/gp 3.5 mini>ZOv1>EX600s!!! and it is an uber full well balanced sound, with a gigantic 3D soundstage, that has awesome detail, and alot of instrument seperation!! hhmmm go figure, I luv my brick of an amp!!
Quote:

predawnstar said:
I sometimes doubted how the sound of Voyager,I saw many China people using Voyager as a standard when they were competing the new portable amp.
And I found that the Voyager always be the miserable one compared to some handmade amp from China.
Click to expand... , and HAPPY LISTENING!!! plus I look ssooo cool when I where everywhere I go!

"Feel the Power of Sound, and Tremble with Fear because of Him, or, er um, It!"

Oh why didn't I come across the GSV thread???

The only one thing I do not like about my Voyager is that, they are a bit just too big. But yet again, portable amp sizes equivalent to the GSV is not considered big at all too some. (hint. check out the portable bricks in the Post your Portable Rig thread). Using mine now with HM-601 and kimber cable, couldn't be happier, superb sound,
hate the contour switch, makes a good amp sound like a cheap boombox