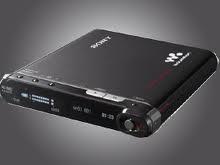 You are using an out of date browser. It may not display this or other websites correctly.
You should upgrade or use an alternative browser.
How much does SQ affect your listening pleasure?

Right now I'm listening to a 128 bit mp3 of Pablo Casals, Isaac Stern, and four other musicians play a Brahms Sextet (op.18) at the Prades Festival in 1950. The file was ripped from a vinyl recording I bought about forty years ago. When I made the file, I didn't know anything about bitrates and basically was just pleased to have a version of this that I could carry around.

This is poor quality recording, but it's the only one I'm likely to have of this performance.  It's not on CD anywhere and it's long out of print.  I take a lot of pleasure in the performance, even knowing it's a crap recording.

But on many threads, I get the impression that after a certain point of audio development, people can't listen to poor (like my 128 bit mp3) because it's just too painful to hear the audio (not performance) imperfections.

So I'm wondering, are there performances that you'd listen to with pleasure, even if they're poorly recorded, because the performance is wonderful or unique? Or is SQ queen/king?
if it's not for the music, what's the point?

I tend to like music with good sq but there are some low bitrate stuff that has a certain touch to them even if it doesn't sound the best. Just my 2 cents

For me the music will always be king, but that doesn't mean that poor sound quality doesn't grate on me. I suppose it matters how much l like the material--for my favorite album, Genesis' A Trick of the Tail, I actually had to rip the disc into a DAW and run multiband dynamics to rid it of the hideous sibilance on the vocals. That's about the only time I've ever gone that far to fix a bad recording/edition. Mostly I gripe about it, but I roll with it. There are a lot of bad production jobs out there, and having a nice setup paradoxically makes most of them sound worse to me.

As far as bitrate is concerned, I went the scientific route. I'll have to retest with my new cans, but almost two years ago an ABX comparator test confirmed that I can perceive the difference in anything below about 235 kbps average for MP3 and below 192 kbps average for AAC. It has to reach 160 kbps and 128 kbps, respectively, before it becomes very irritating to me. If a piece of music is only available to me at the moment in a poor quality edition/very low bitrate, I usually try to wait for a better option. If all else fails, I just have to accept it for what it is.
The beginning and/or vain audiophile marvels at what he can hear. The experienced audiophile knows what he cannot hear.

It really depends on the music. Is it a really old recording or is it a modern recording?

If it's old and comes from a bad source I am more forgiving. If it's from a good source and it's badly mastered, then I usually have to fix it to enjoy it. It really ticks me off when I know the source is good but the mastering engineer dropped the ball on the transfer or mastering....Sinatra anyone?!

I was thinking mainly of old recordings, or perhaps live recordings that were made by someone sitting in the audience. I think there are performances where you have to forgive iffy quality for something unique.
.
But there's no good excuse for a poor modern recording.
if it's not for the music, what's the point?

rroseperry said:
I was thinking mainly of old recordings, or perhaps live recordings that were made by someone sitting in the audience. I think there are performances where you have to forgive iffy quality for something unique.
.
But there's no good excuse for a poor modern recording.
Click to expand...

In the still of the Night - The Five Satins, Angel Baby - Rosie & the Originals are 50+ years old recordings that leave a lot to be desired but I love the tunes. They take me back, way back and I think part of what does that is their "scratchy" low fidelity sound. The  presentation. is true to what I remember hearing when I spun them as a 45. The poor fidelity is part of the musical experience.
You might be a Redneck if..........you wear a "Make America Great Again" Ball Cap

I'd rather not listen to stuff that's pre-, say, -1930, where it's difficult to make out details in the music, but when I hear folks go on about stuff from the '50s (like Kind Of Blue, say) lacking good fidelity, I just wanna go, "Yeah, whatever…have fun rating dog whistles."
"This ain't for the underground. This here is for the sun." -Saul Williams

Being a jazz fan who enjoys and listens to just about all types of jazz, from early jazz recordings to today's modern jazz, I often find myself listening to recordings made in the 1920s through say the 1950's which often feature great music in less than stellar sound. Does the poor sound bother me? Not that much. What upsets me much more is wondering just how good Louis Armstrong and His Hot Five would sound if they were able to record using today's technology rather than the technology of their day. As for recordings of more recent vintage I do prefer to listen to a well recorded and correctly mastered recording.

As for bit rates I try to stick with flac as often as possible.
Now not quite so "new" to Head-Fi but not new to headphones, audio, music and especially jazz.
Last.fm

I'm only picky when listening to it on MY setup.  My wife has a Lego stereo that is not very high quality, but I can enjoy music being played on it just fine.  For stuff that wasn't mastered properly, I'll take what I can get, as long as it's something I can appreciate/enjoy.  I'd still prefer it to be done better, but that's life sometimes.

Not at all. Good music is good music, even if its coming out of ibuds.
Introduction to Computer Audio     Music DR Database

Infinitely. I can't listen to ipods but I love my sony MZ-RH1 with the same music.

^ That MZ-RH1 is the king of minidisc players!  I'm sure listening to music on it is really really nice.
You must log in or register to reply here.