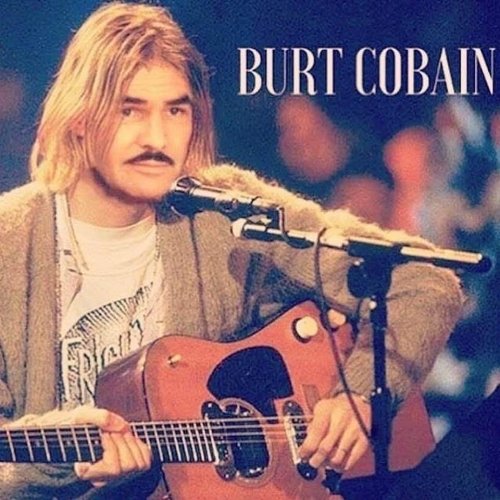 See full thread gallery...
How are you going to prepare for the apocolypse tomorrow?
post-7485103
Thread Starter
Post #1 of 78

A world wide destructive event is being predicted for tomorrow 6pm est. I guess I won't see the Blues win a cup. I am going to make some Mango margs, fajitas and guacamole dip.
Laptop>Lynx Hilo>Rotel RMB-100 mono blocks>HE-6SE

I have planned on not making my bed and giving away my listening gear seeing as how we prolly will be without A.C. anyhoo ~

1. "Left Behind: A Novel of Earth's Last Days" by Tim LaHaye and Jerry B. Jenkins. Published in 1995, it kicks off a 12-volume series of novels that illustrate the rapture. Worried you won't have time to read them all? Get a taste by watching the 2005 film "Left Behind: World At War" starring believer Kirk Cameron.

3. "The Late, Great Planet Earth" by Hal Lindsey with C.C. Carlson. Newton cites this as the granddaddy of end-times novels, and it sets the bar much lower for entrance to heaven than Camping's theology. It was a 1970 New York Times bestseller.

6. "The Inferno" by Dante Alighieri. It's the "Scared Straight!" of 14th century epic poetry. After you're done with this, you'll want to be saved.

7. "I Hope They Serve Beer in Hell" by Tucker Max. If Dante doesn't scare you off sin, the prospect of being trapped in eternity with Tucker Max might do the trick.

8. "Heaven Is for Real" by Todd Burpo with Lynn Vincent. The story of a little boy who sees heaven and lives to tell about it has been burning up bestseller lists. I mean, flying.

9. "God Is Not Great" by Christopher Hitchens. End-time reading for skeptics and nonbelievers.

10. "The Survivors Club" by Ben Sherwood. Thinking you'll be left behind? Learn tactics and strategies from survivors of mountain lion attacks, natural calamities and concentration camps.


11. "The Kama Sutra" by Vatsyayana. If the rapture happens without you, why not enjoy yourself? The ancient Hindu guide for lovemaking includes practical advice for sexual intercourse, including a number of illustrations.

Hm, I'm just planning to live my life normally as ever.  It's just a world destruction event.  It's apparently happened many times before, or at least, was supposed to.
Share This Post
post-7485543
Post #5 of 78

I'm going to take all of my money out of the bank and party like a rock star.  I'm not sure what's going to happen though when I wake up on Sunday morning, broke and hung over, though.

I wonder how this will effect different time zones?  After all, it's not like the Bible was written in the United States.  As such, I would expect the ending of the world to actually occur a day early due to the location where it was supposedly written in earnest.
Share This Post
post-7485570
Post #7 of 78

I bought a powerball ticket, that is all.

Tucker Max is the man!

The world is not going to "end" until late 2012 when the paradigm will radically shift.

dabomb77766 said:
I wonder how this will effect different time zones?  After all, it's not like the Bible was written in the United States.  As such, I would expect the ending of the world to actually occur a day early due to the location where it was supposedly written in earnest.
Click to expand... Guess I'll have to get to the bar a little earlier than planned tomorrow. Or maybe I'll go to Mexico. There's a lot of fun to be had down there.

Spend my day thinking about how awesome it would be if this actually happened: sridhar3 said:
Spend my day thinking about how awesome it would be if this actually happened:

It only ends in the 6PM of PST.
† Twitter Ω ohm image

@shigzeo...there you are!  Don't really see you until the rapture?  What's up?  Er, make it fast because we don't have much time...