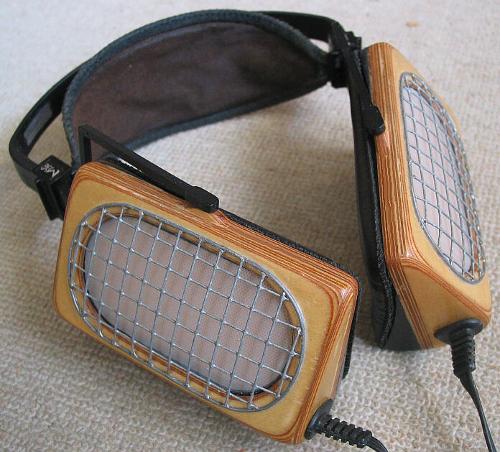 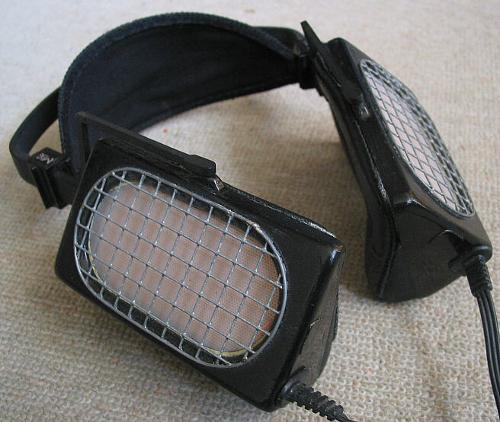 You are using an out of date browser. It may not display this or other websites correctly.
You should upgrade or use an alternative browser.
Homemade Headphones?

Just wondering if anyone has any pictures or stories about headphones that they made from scratch (or as close as you can come to scratch)?

I think it would be a fun project for anyone interested in getting into electricity and circuitry. I'm thinking about making a little pair myself.

I guess the best place / way to start would to just be to take a set of crappy computer speakers and take the speakers out of them and then house them in something else (I'm thinking washed out tuna cans for some cool sound) and making a snazzy headband for them.

Anyone ever do anything like this? Post pictures if you have!
FLAC/ALAC-ing Macbook --> Styleaudio Carat-Emerald USB DAC --> Whiplash "Starving Student" Mini-Millett Tube Amp --> AudioTechnica AD-700's.

If you want to use existing drivers then sure, check out the SFI projects in the Ortho thread, people make their own headphones there using an existing SFI driver.
Or if you wanna see one completely from scratch take a look at something like Setmenu's Ribbon headphone.
Main setup: Any source > Any amp > Planar headphone
Ludoo's head-fi megathread search tool! My Head-Fi Feedback Wanted: Used/peeling SR-X pads/ Stax O2 pads

Do it. Then post pictures of you wearing the tuna cans, and some impressions of the sound.

Were I better with a soldering iron I'd totally try that. I'd probably go the route of parts made from laser-cut acrylic though, as I have some pretty good contacts that can do that sorta stuff.

I listen at home with a pair of Grado SR325i goldies or Sennheiser HD650s plugged into a bottom-heavy Headroom Micro Stack (Ultra Micro DAC, Regular Micro Amp). Mostly I use a computer as a source, but have a vintage Technics turntable plugged into Audioengine A2s for when I feel like vinyl.

Making the transducers is the biggest challange from a pure technical perspective, but building a set using pre-existing ones can be fun and rewarding. I've made sets using dynamic and othodynamic drivers and I'm working on one using a Heil AMT at the minute.

What it's important to understand is that the transducer is only one part of how any end headphone sounds. Just because a headphone sounds bassy that doesn't mean that if you take the driver out of it and do something different with it that the end result will still be bassy. Housing, pads, damping, distances. They all matter a lot in the total scheme.
^I wish to apologise for, retract, or deny the content of the above post.

So Duggeh, you just need a driver making rig in your basement and we will be seeing some Duggeheisers soon huh

The idea of making my own housings for Stax drivers was born out of my experience with the Lambda and the Sigma Pro. Whereas the Lambda sounded too shrill (with the SRM-1 [?]) -- and almost literally caused toothache --, the Sigma's sound was too boomy, diffuse, muddy and lacked midrange (with the SRM-T1). I wanted to strike a balance between both, conveying some of the Sigma's spatiality and bass fullness, but preserving the electrostatic virtues such as resolution, accuracy, detail and refinement -- which were mostly lost with the Sigma -- and at the same time reduce the Lambda's treble glare.

So I decided to go the middle course between the two designs, i.e. angling the drivers, but clearly less than the Sigma's ~80°: I chose 30°, out of my belly. The prototype consisted of a wire grid, lined with double-layer velour -- I wanted to try a non-reflective housing and hence accepted a just decent isolation against phase cancellation due to rear-/front-wave interaction. So I slaughtered my Sigma and implanted its drivers into the prototype. And I was disappointed about the weak bass and an over-all muddiness, apparently resulting from the inappropriate acoustic isolation of the housing.

Nevertheless, the sonic balance and particularly the soundstage were as I had hoped for. So I built some more stable housings made of «airplane (birch) plywood» -- the same wood I used for making my boomerangs. To prevent them from being overly reflective, I carefully lined them with pieces of carpet, wrapped in black velvet. Unfortunately removing the drivers from the prototypes was almost impossible, and both got torn apart! So I had to order a pair of Lambda drivers from the local distributor -- they are the same as the Sigma's, just with different soldering flaps. This design was a full success. The larger air volume between driver and ear (compared to the Lambda's) provided a fuller, more impactful bass, and the angling made for the optimal compromise between spatiality/airiness and accuracy/refinement. The bass has exactly the right proportion to the rest of the spectrum, reaches farther down than all other headphones I've heard then, the midrange was beautiful, colorful and smooth, and the treble had all the clarity of the original Lambda, just a much ear-friendlier loudness level. And finally the soundstage... it was incredibly realistic.

A while later I decided to make a similar design around the Lambda Signature Pro drivers. I chose a narrower angle -- 22° -- just for the sake of variation. This design fulfilled all my expectations, too. This «Electrostat 2» sounded even faster and had even more detail than «Electrostat 1», in fact it strongly reminded me of the Sennheiser Orpheus. (A few years later -- 2007 -- I had the opportunity to compare both extensively. There was definitely a similarity, but the HE 90 had still better detail and resolution. Nevertheless, in the end I preferred my own electrostats to it, and it wasn't even a close call. With the HE 90 I missed blackness, fullness and impact in the bass as well as some smoothness and liquidness in the treble. Over-all it sounded too dry and not lively enough to me. It was the first time the term «PRAT» seemed adequate to me, although I generally don't like it.)

I haven't had time to do the legwork yet, but once I source a suitable kind of soft mylar I'll try building an AMT from scratch. Magnets are easy to get ahold of but ones in the exact size I'd want don't seem to be an off-the-shelf part so I might have to use arrays of smaller ones. It'll be easier than a moving coil build mechanically and easier than an electrostat in terms of practicality and safety. The biggest difficulty I forsee in terms of construction will be working out the best way to get the aluminium and plastic to bond stably without compromising the flexibility of the pleats.
^I wish to apologise for, retract, or deny the content of the above post.

When I was a kid, I built a pair using AM radio speakers. The sound totally sucked, but it was a fun project!

I shall relish the challange

Yeah - You guys are undertaking projects that are infinitely beyond my capacity / willing-ness right now. I'm still just learning and getting the hang of electricity, trying to get my hand on a couple of books about it to learn more.

I think I'm going to go the route of disassembling computer speakers and the tuna cans, then throw some foam on / in them, and see what happens.

Curiously - Is there anything basic I can do to keep them from being super loud and speaker-level (in terms of the volume)? Obviously they'd be able to be driven high enough to really damage anyones ears who isn't careful, because they're meant to fill a room with sound, not just an ear canal.

Should I just watch it with the volume knob and be careful? Is there some sort of makeshift limiter I can use to help this?

i made my own speaker. Was really easy to make, but wrapping the wire took forever. When I used my multimeter to measure the ohms, it was around 500ohms. It sounds really good, a little on the bassy side though. Also i have to use my onkyo to drive it. The fiio E5, is not enough. lol

here are some pictures of my old voice coils:

(the tape is used to hold all the wire in place..)
headphones on, world off.

HeadWize - Project: Notes on DIY Electrostatic Headphones by Chu Moy
Gear Feedback
You must log in or register to reply here.