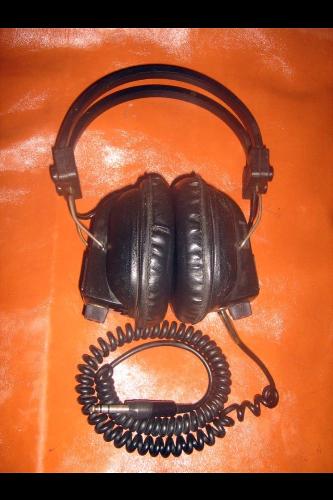 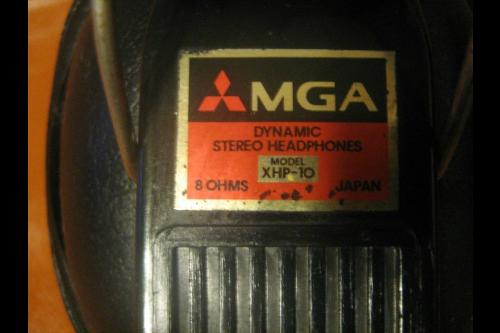 See full thread gallery...
You are using an out of date browser. It may not display this or other websites correctly.
You should upgrade or use an alternative browser.
Hey all question about a vintage

[/IMG][/IMG]I snatched up on eBay a pair of decent looking vintage mga xhp-10 judging from the logo, they're Mitsubishi. Haven't really been able to find much info on them. I never thought Mistubishi made headphones. They look in great condition except for the headphone plug plastic but meh I can replace that. All total 17 bucks. I wonder if anyone has any insight on these?
Audeze LCD-2F 2020

google-searching came up with some info... but not much.  8 ohms, Japan, and they look like they are from early 80s.
See my profile for all my cans, amps and sources... Happy Listening!! Yeah when I searched on google I came up with very little. Both under mga, and Mitsubishi lol this kind of thing always fascinates me acquiring something that is pretty much unknown. I can't wait to get them in and see how they sound tho lol not expecting much
Audeze LCD-2F 2020 FWIW... Mitsubishi was a player in home-stereo audio in the early 80s.  Similar target market as Sansui, JVC, Fisher, kenwood.  I don't recall they were as highly regarded as the higher end japanese brands like Onkyo, Yamaha, denon Technics.  I definitely know they were not as highly regarded as Marantz and Nakamichi. (EDIT... google searching for vintage Mitsubishi stereo gear is making me re-think these statements... they made some beefy looking stuff).

8 ohms is a really low impedance for a headphone.  I wonder if they were targeting a different market than home-stereo?
See my profile for all my cans, amps and sources... Happy Listening!!

Im really starting to get excited for what these sound like and such (age of them being taken in mind) lol it was a impulse buy, but seems like these could be a bit rare.

these do seem like they're pretty solid, and tank built.
Audeze LCD-2F 2020

Okie finally got them in. Haven't had a ability to test them yet(not at home) they seem fairly solid tho one confusing thing is where the sound emits from looks like solid plastic! Lol there is most likely very small holes for the sound to come through but lol it's just seems weird. But won't know until I try! Heheheheheh need to clean them up a bit before I put them on tho
Audeze LCD-2F 2020

Well tried them out (after a bit of ghetto rigging the jack, which is goin to need replacing).
The the volume dials no doubt after so long are pretty much done for, no biggie. The sound is..... Well what one would expect from such a old pair. However much better than I expected. Bass is light tho it does have bass. The mids sound a bit hollow depending on the voice, and the treble is quite harsh. There is definately a good deal of resonance. The drivers however seem like with a little dampening and a bit of eq adjust would be very good. They are extremely sensitive volume wise, only 8ohm resistance. Direct drive from iPhone is no issue at all. They can handle painful levels of volume too. The comfort lol yeah they clamp like there's no tomorrow. I need to replace the jack tho.
Audeze LCD-2F 2020
You must log in or register to reply here.