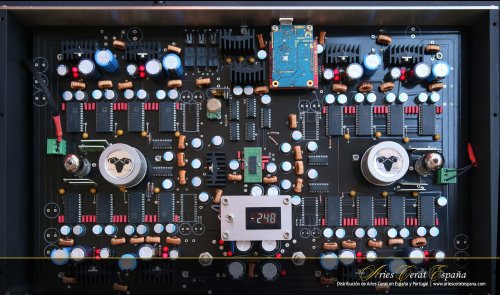 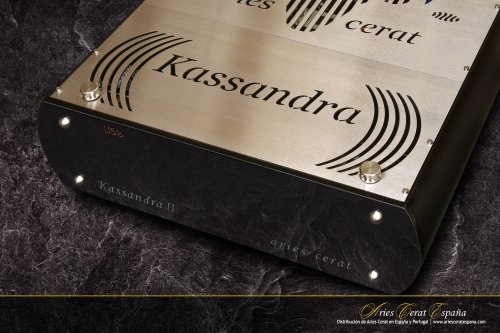 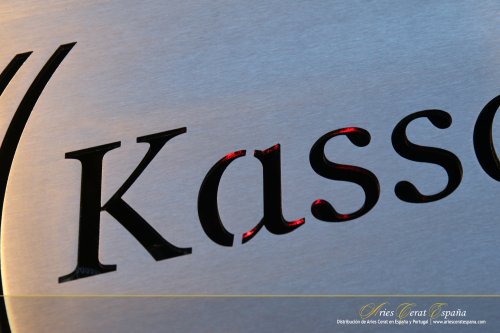 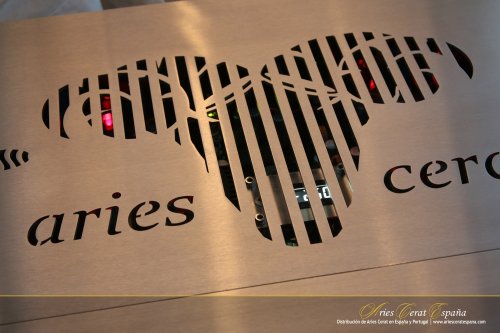 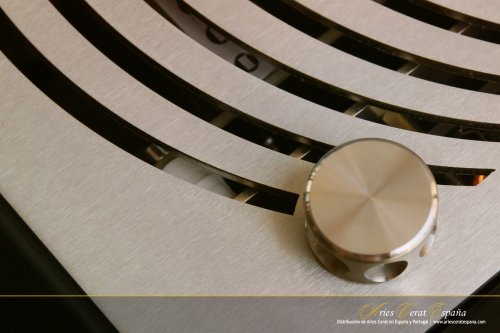 See full thread gallery...
You are using an out of date browser. It may not display this or other websites correctly.
You should upgrade or use an alternative browser.
Help me find the best DAC for my Stax 009 and KGSSHV Carbon

I've been trying for about a year, off and on, to find the right upgrade for this combo.

I am currently using a Yggdrasil (1st addition), and it's currently being upgraded to an Analog 2 by Schiit.

The original Yggdrasil combination is very good, but I think I can do better. I may be going in the wrong direction with the upgrade, for reasons described below, but I figure it's worth a try before I invest in something else.

While many may disagree, my primary criteria is tonality, and secondary criteria is technicalities (black background, imaging, head stage, prat, macro/micro detail, etc.)

Compared to the Yggdrasil, I think I'd prefer a more prominent upper midrange (without fatigue) - and better technicalities.

I also have an Auralic Vega which is perfect for my V281>LCD4 but has too much upper midrange prominence to the point of fatigue. It has certain technicalities that are better than the Yggdrasil (blacker background, cleaner), and certain that are worse (headstage, imaging.)

Months ago I bough a Bricasti M1 SE with firmware 1.39. This DAC was almost perfect. Technicalities were the best I've ever heard, and the tonality was great - but it was just too fatiguing.

I have a chord2qute which I'm currently using while I'm waiting on the upgraded Yggy. The tonality sounds spot on. If you've listened to the original hugo/2qute - that's the tonal balance I'm essentially going for - while upgrading it's technicalities.

My budget is approximately 10k - though I don't need to spend that much. Obvious answer is a DAVE - but there is no where I can demo it in my system, and I don't want to shell out that kind of money without doing so. I did demo a Hugo TT in the system and didn't like it at all - it was way too dark for my tastes - which is why Im concerned the DAVE will be too close to that and farther from the original Hugo.

Another example of something that I feel has a relatively close tonal balance to my ideal is the NAD M51. It's a good DAC, but it's beaten by all other DACs listed that I've tried, in terms of technicalities.

Frustrating thing, is I can't really demo any of these at all (except 1 or 2).

Things I am considering:

PS Audio DSD (mainly because of the return policy, and the fact that you can change firmwares - which would hopefully allow me to dial in the sound I am happy with). Even new, you can get $1800 off by trading in gear,

Auralic Vega G2 - If it shares the character of the original and is slightly less hyped with better technicalities, might be an option

Given my tonal preferences - can anyone recommend a DAC that fits the bill, while having great technicalities?

Essentially I’m looking for the most extended treble, and mid range prominence -right before it reaches fatigue.

How about that. The Stax SR-009 + KGSSHV Carbon is my favorite headphone combination, and what I currently use. I've done a little bit of DAC experimenting. I most recommend the Chord DAVE. I have no DAVE experience, but I currently own the Chord Hugo 2 which is the best DAC I have ever heard, the DAVE is just more of that. It really brings out the strengths of the SR-009 + KGSSHV Carbon, due to its transparency. Chord DACs make the SR-009 sound more full bodied than ever before, and it won't slow down its amazing speed or attack. Most extended treble? Yep, you want the DAVE, and you'd want to scratch off the Terminator immediately (it's a soft, laid back sounding DAC).

Rhamnetin said:
How about that. The Stax SR-009 + KGSSHV Carbon is my favorite headphone combination, and what I currently use. I've done a little bit of DAC experimenting. I most recommend the Chord DAVE. I have no DAVE experience, but I currently own the Chord Hugo 2 which is the best DAC I have ever heard, the DAVE is just more of that. It really brings out the strengths of the SR-009 + KGSSHV Carbon, due to its transparency. Chord DACs make the SR-009 sound more full bodied than ever before, and it won't slow down its amazing speed or attack. Most extended treble? Yep, you want the DAVE, and you'd want to scratch off the Terminator immediately (it's a soft, laid back sounding DAC).

I don’t doubt the Dave is great - I’ve just been burned as everything is synergy specific especially with this chain - along with personal preference. I shelled out a ton for the Bricasti and it was almost perfect, but fatiguing in the chain.

If ic outdated audition the Dave I could but it’s hard to get and harder to demo in ones own system. If I could crystallize my wants I really do like the Sabre sound, especially the 9028 and 9038. If I could get a top line Sabre dac that’s not quite as sharp as the Vega, with better technicalities - I think that might be my ideal.

What eases up a bit from the Vega?

Most people consider most Sabre based DACs to be fatiguing too, which has become a stereotype. You actually seem to be describing the current gen Chord DACs perfectly: technically remarkable, supremely transparent and detailed, but less fatiguing than off the shelf chip DACs pursuing the same sound signature.

So far Chord DACs have my favorite synergy with the SR-009 + KGSSHV Carbon, I'm not even going to use any other brand in this system anymore. I would even choose the Hugo 2 + M Scaler over any of the other options.

Location
close to the alps

Rhamnetin said:
I most recommend the Chord DAVE. I have no DAVE experience, but ... the DAVE is just more of that. It really brings out the strengths of the SR-009 + KGSSHV Carbon, due to its transparency. ... Yep, you want the DAVE, ...
Click to expand...

I generally like you Rhamnetin and appreciate your comments - but in this case it seems to me that you're going waaaay out of the area in which your recommendation can be taken serious.

Watching this since I'm in a similar situation - I'm looking for a decent mid-range dac for my Stax 009 and BHSE.

I guess my primary criteria would be natural/neutral sound, then technicalities.

My budget would be ~$6000 so dave wouldn't be a good fit. I had PS Audio Directstream several years ago (which was good, but sold) and would like to try something different.

Could you please elaborate a bit more about the difference between Yggdrasil and Vega?

If I had your money, I would definitely consider the Rockna Wavedream signature edition.

If you want something a little more detailed than the Yggy & with a less fatiguing sound along with the return policy, then the PS Audio Directstream is it.

Chord Dave is cool, I am a happy owner...

If tonality is the main issue, then a NOS dac like the Metrum Pavane Level 3 should be at the top of the list.

don't know what would be exactly the synergy with the Carbon, but I'm totally, fully, completely happy with my 009+GG (a tubed carbon) driven by an MSB Analog. way better than any SD I have ever listened to, even the best ones, only the very best R2R can compete, and the cost will be much higher. of course it's only IMHO and YMMV.

With a carbon and 009, you certainly must be fighting between resolution and fatigue. I went from a Totaldac d1-six to a Holo Spring L1 without regret. Perhaps just as important was the digital feed from my computer though.

For much larger impact, I’d recommend sampling the 009S or BHSE vs carbon.

Arnaud, are you familiar with the MSB Analog? would you reccommend the Holo as an MSB upgrade? I heard some time ago (when I was deciding on the Analog) a Totaldac and that was an impressive sound indeed. have chosen the MSB just because was slightly more "natural" to my ears (of course this is only IMHO)

actually I don't find anything wrong with my Analog, but of course the audiophilliac syndrome for something better is always up&running

Never heard the analog in my rig, was initially tempted but the d1-dual was a better value for money spent. Isn’t the analog equivalent to a d1-single at best in terms of ladder counts?

The shocking revelation to me is that I could not tell the L1 apart from my D1-six on one of the filter settings (not nos for some reason but dsd resampling in the L1). I do not doubt some of these expensive units differentiate a bit more when played on good speaker rig setup but, for our lowly headphone systems, I have lived in peace with my L1 after that experience, probably won’t revisit de dac market for another 5 years or so...

The L1 is like 1500USD, isn’t it? Why not just trying it out before shelling out 10x for something whose case machining may have cost just as much as key components inside? Better yet, have both in house and tell us back what you heard