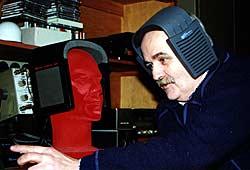 You are using an out of date browser. It may not display this or other websites correctly.
You should upgrade or use an alternative browser.
Help a teenager avoid buying Dr. Dre Beats

LOL maybe, if she wears dark colors, but imagine a girl wearing all light colors. then she plops on those BLACK DJ construction-worthy headphones... Most girls will just leave it at home or not use it. Wasted money.

You can get it if she's a goth tho

logwed said:
But any head-fier would think that she's super hot.
Click to expand...

dub beatz said:
I remember when I was a teenager. The iPod had just come out, and I asked my parents for one for Christmas. Christmas morning came and I got a Creative Jukebox Zen Xtra. I was a very appreciate child and pretended to love it. Let's be honest though, my friends had credit card thin iPods and I was walking around with a friggin tape player haha. My mom told me she intended on purchasing an iPod but after talking to a store employee, he convinced her to go with the creative. Sure, it had more space. Sure, it probably had better features. That's not why I wanted the iPod however. I wanted an iPod because all of my friends had one, and they were cool. I was made fun of day after day for being the only kid without an iPod, and I felt terrible because I didn't have to guts to tell my mom and dad I didn't like what they got me for Christmas. Like I said, I was an appreciate kid. Take it from me man, you can get her something other than the beats, but just remember, she's 16. Not only that, she's a SHE. Girls tend to make these types of things more of an issue than guys. Of course, eventually I learned that it didn't matter I was the only kid without an iPod. I realized my parents got me a gift that they thought was better, and were only looking out for me. A 16 year old won't realize that though. As much as it literally kills me to say this, just get her the damn Beats lol.
Click to expand...

back to the topic: just borrow some of the mentioned cans and let her try + guide her through with analysis. then let her decide.

Noontech zoro's. They look very similar to the Beats solos and are way better in sound quality.
To many cans to choose from

Noontech zoro's. They look very similar to the Beats solos and are way better in sound quality.
To many cans to choose from

Dre beats are not worth it for the money they retail at. You would better of buying a pair of Sony XB500 headphones. Sound just as good as the beats, but for much less money thats for sure!

How can a tennager afford a Beats by dr dre? Other than a spolt kids who steal their parents money, or Bilionaire parents who have no parenting skill. Case closed
You must log in or register to reply here.