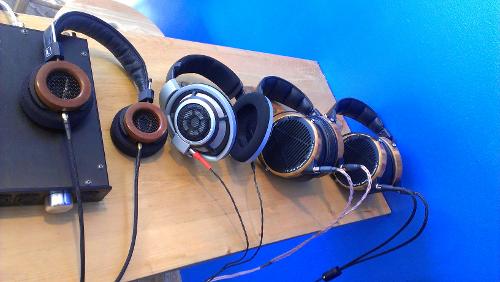 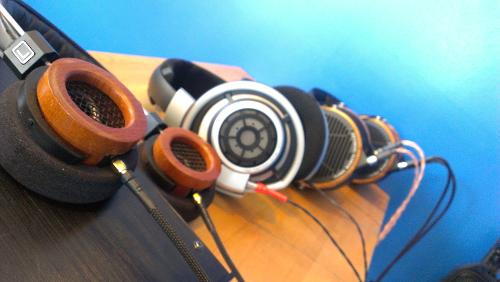 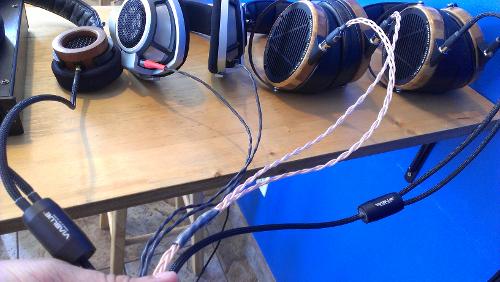 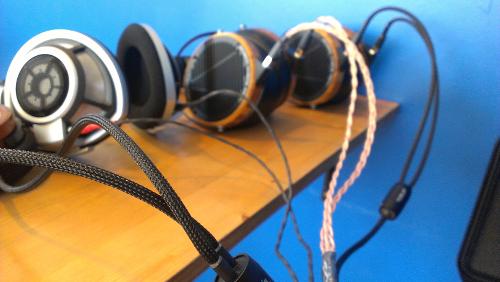 See full thread gallery...
You are using an out of date browser. It may not display this or other websites correctly.
You should upgrade or use an alternative browser.
-HD800 vs. LCD2 Stock vs. LCD2 Recabled vs Magnum V4-


As a disclaimer: I am in no way affiliated with Symphone Labs, Headphone Lounge, or Double Helix Cables. I have simply tested and just so happen to own some of their products. I am writing this to share MY personal experiences. You may disagree or agree, which is perfectly acceptable. I did this test to answer personal questions I had about this hobby.

Here is one of my threads to give you some backstory about my previous experience with this hobby. In short, I have heard very little dramatic differences going from one-tier of equipment to another. For example, I could hear no difference between my Fiio E17 vs. Headstage Arrow 4G vs. Nuforce HDP. When I stumbled upon several threads on Head-Fi regarding cables being able to improve/change sound quality, the previous negative experiences I had told me that this had to be a fluke/placebo effect and something like this could never do what Head-Fi'ers had claimed.

My first re-cable experience was with my Triple-Fi 10's, where I had ordered a Silver Ray cable from Headphone Lounge. To summarize my experience briefly, it blew me away. It felt I was listening to a entirely different IEM, except better. Everything sounded more refined and crisp throughout the frequencies. However, some Head-Fi'ers criticized my experience, suggesting that it was merely a placebo effect and I wanted to hear what I wanted to hear. I tested both stock vs. Silver Ray extensively, swapping back and forth for hours and my findings were the same, they sound DRAMATICALLY different.

I had to opportunity to meet up with Chris_Himself at Headphonelounge in person, the same company who built my TF10 cables. Chris was nice enough to let me test out his highest-end gear in order to make a final opinion about re-cables and the mysticism/skepticism behind them.

The test I did was simple, it consisted of the following gear:

I first started with the HD800's w/ Cardas Cable. They sounded amazing, perhaps the most clear and best imaging cans I have ever heard in my life and will probably ever will hear. They sounded amazing, what more can I say? After a couple minutes of listening, I put on the stock LCD2 R2's, which sounded decent to me, but nowhere in the league of the HD800 in terms of overall sound quality. After several minutes of listening to one of my favorite tracks, Stick with You-*****cat Dolls, I immediately swapped to the LCD2 R2's with the DHC Copper Cable. The difference was ridiculous and very reminiscent of how I felt the first time I listened to my TF10's after plugging in my Silver Ray cable. Overall quality was increased GREATLY. Not subtly, greatly. It sounded like a huge veil was taken off of the LCD2's in terms of sound and everything sounded so much clearer yet maintaining the same bass that people love about the LCD2's. In comparison to the HD800's, the LCD2 R2's re-cabled are DEFINITELY within the same league but only with the appropriate cable. Next up, I put on the stock LCD2's again and I could barely stand to listen to them after what I had just experienced. It felt like a huge downgrade in overall sound quality. The treble wasn't as clear and the bass just felt mushed. After a few short minutes, I took off the stock cable and plugged in the Headphone Lounge Silver Ray Cable. Both the DHC and the Silver Ray sounded exponentially better than the stock cable, redeeming the stock LCD2 experience I had quickly grown to dislike. In terms of sound signature, both sounded so good and the differences so miniscule that it'd be pointless to try to discern between them.

Just for jokes, I plugged in my Magnum V4 build, which was equipped with Vibro Labs Wooden Cups/Magnum V4 Drivers/Headphone Lounge Silver Ray Cable. Plugging them made me a bit depressed because I could instantly tell this was nowhere on the level of the HD800 or the re-cabled LCD2s. However, the Magnums are very, very, very, very close to the STOCK LCD2s if not better. The overall sound signature is much more enjoyable to me than the stock LCD2s. However, slap on a cable on them and you'll never want to go back. However, my Magnum Build only cost a fraction of what an LCD2 would cost, which is something that must be considered.

To summarize this very quick write-up of my experience, I am now convinced without a doubt that cables DO have the potential to make your cans sing to their fullest potential. I am writing this quite sad because I already miss how good the HD800's/Re-cabled LCD2s sound compared to my Magnum V4's. However, after today, I can confirm that my Magnums can definitely take on a stock LCD-2 without a doubt.

Here are some pictures: