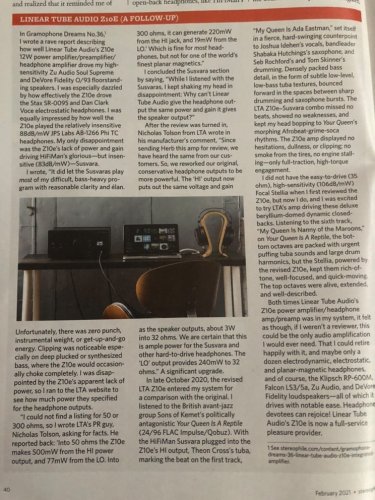 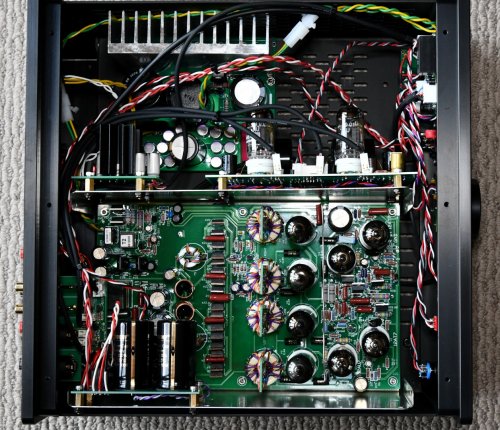 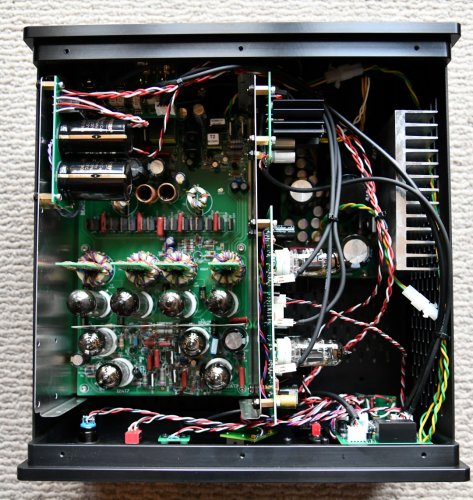 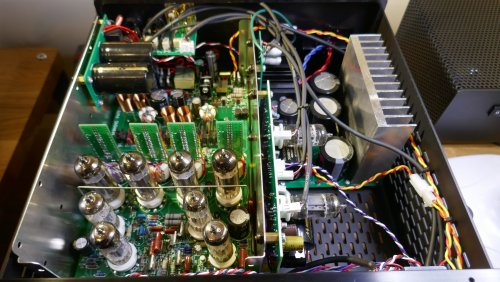 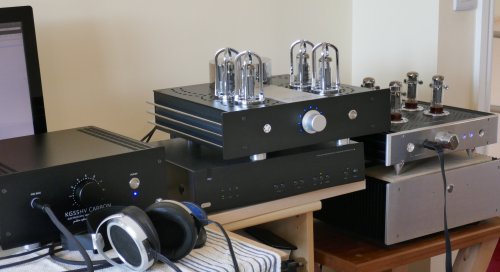 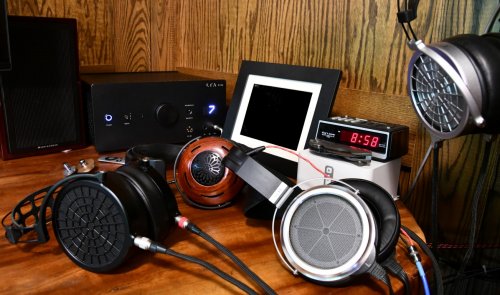 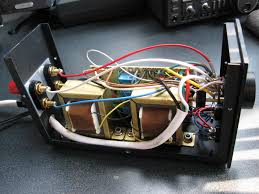 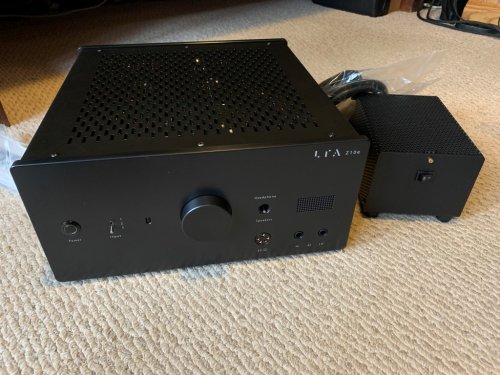 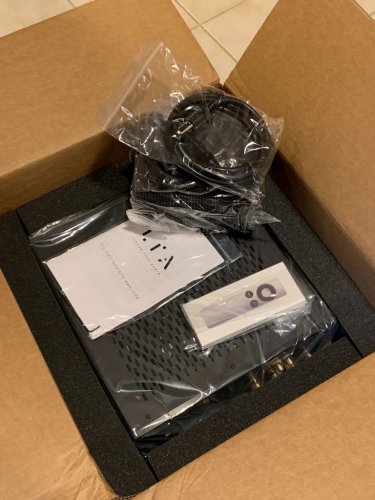 See full thread gallery...
You are using an out of date browser. It may not display this or other websites correctly.
You should upgrade or use an alternative browser.
Have you heard the new Linear Tube Audio Z10e amplifier?

I read a short comment in The Absolute Sound for the 2019 Axpona show about the new Linear Tube Audio Z10e headphones amplifier. This amp can run electrostatic headphones as well as planar and dynamic.

I am wondering is any of the forum members were able to listen to it and can share your opinion on the sound of it.
Based on the short writeup it seems very promising as a "Swiss Amy Knife" kind of amplifier. If it is really as good as the comment in TAS then it will be perfect for me will have to buy it.

Please share your experience and opinion of its performance.

Did you buy one? I’m thinking to forego the price point and purchase as well. It seems like an amp that should satisfy restlessness. If I buy one...I’ll pair it with the Stax SR-007 MK2.

I talked (by email) to Linear Tube Audio (LTA) about this amplifier a while back. It would certainly be an end game headphone amplifier for me. But I already love my MicroZOTL 2 so much that I'm not in -any big hurry (at all) to upgrade. What I'm listening to with my headphone rig feels quite "end game" right now. If I do upgrade, it would only be in a giddy attempt to push the envelope even further. I certainly don't feel "deprived" of (ultra) high end sound now, so I may just have to continue to buck (what seems to me to be) the Head-fi trend and continue to blissfully enjoy what I have.

Edit/update 12/22/19: Still considering the Z10E, primarily due to anticipated extra headroom, ability to drive things like Abyss and Susvara, and ability to drive electrostatics. It would be quite a jump in expenditure. Still loving the MZ 2, but I'm intrigued by the possibilities, which seem almost unlimited with the Z10E. I haven't heard the Z10E. Obviously that would have to be the first step in the decision making process.
Last edited: Dec 22, 2019
Source: Either the USB output of my Lenovo computer or a Project Box S CD player. CD player has upgraded PS.
DAC: Arcam irDAC with upgraded power supply.
Amplifier: The venerable MicroZOTL 2. It took me 5+ years to decide to upgrade to their linear power supply, because it already sounded so great with the original (entry level, switching) power supply.
Headphone cable: ZMF 2K Copper (10 feet long) for the VC; ZMF Verite Silver Hybrid (6 feet long) for the HE-1000 V1
Headphones: ZMF Verite Closed in desert ironwood; HiFiMAN HE1000 (original version).

I have posted just now in the MrSpeakers Voce thread about the Z10e but would like to say more here. I apologise for this being quite a lot, but the Berning/LTA amplifiers are no ordinary product.

The Z10e is a valve (tube) amplifier as far as the audio amplifying devices are concerned. However it does not produce a lot of heat, and is not large and heavy. It drives the Voce ES easily with very good musical results. I have used many very good ES amps and the Z10e competes with all that I have used including the Blue Hawaii and Grounded Grid.

The amp has plenty of power. The attenuator has 100 steps. Using the balanced input sufficient volume on the Voce was achieved at around 10 on the volume setting with say, 20 used sometimes.

Using a sensitive dynamic such as the A-T W3000ANV only a few steps on the LO output are needed.

From previous experience with LCD2 I would expect that it would have no trouble with a planar of this level of efficiency on the LO or HI outputs.

As it has plenty of power for loudspeakers, I expect it would drive the power hungry planars well, but am not able to personally confirm this.

The great delight to me was discovering how well music sounds from my speakers. (Zingali Overture 2, part horn loaded and 91dB efficient.) I have very good 20W class A SS and KT150 SETs for the speakers but the smaller, cooler Z10e has a special charm of its own. The music is attractive and totally without listening fatigue.

Generally we have not heard a valve amplifier driving a loudspeaker – because they can’t. We have heard a valve amplifier connected to a loudspeaker by a transformer. This is a big distinction. A transformer was a necessary choice when no other technology existed but the transformer is far from ideal for this task. Berning’s impedance converter uses modern electronic techniques and devices to more efficiently couple the tubes to the loudspeaker load. It eliminates magnetic hysteresis of the iron based transformer, it achieves a higher turns ratio so the valve runs in a preferred way at a high voltage and low current.

What gains does this technical solution bring to the performance? The amplifier has a fast response and a flatter more extended frequency response. The output impedance is lower and the damping factor better. The valves are running at lower current and run cooler for longer life. The size and weight is also much less than the OP transformer alternative.

Listening to it driving my loudspeakers I just enjoy the music but can’t help feeling this is what a tube amplifier is supposed to sound like.
Last edited: Jan 18, 2020
​

Well I have not heard one yet but mine is going to be finished up today and is starting it's burn in so hopefully I will be listening next week at this time!
Headphones: Audeze LCD-XC / DCA Ether 2 / ZMF Auteur / Stax SR-009 / DCA Voce / ZMF Verite closed / Shure SE846
Amps: LTA Z10e, Mjolnir Audio KGSSHV Carbon, Monoprice THX 887
DAC: Schiit Yggdrasil / Topping D90 Portable: Fiio X5 Gen III

davesa said:
Well I have not heard one yet but mine is going to be finished up today and is starting it's burn in so hopefully I will be listening next week at this time!
Click to expand...

That is great, congrats!!!
Let me know your impressions after you spend a little time with it.
Do you think 2 watts @ 50 ohms are enough for difficult to drive headphones(not taking Susvara).
It will be awesome if it does a great job with the SR009 and with dynamic/planar headphones.
Denon D2000 (Amboyna Burl cups J$ pads,Markl model and APS V3 balanced),HD800 Zeus,Stax SR-009,Oppo PM-3, Focal Utopia,Ultrasone Edition 15, Final D8000, Susvara and RAAL SR1a.
McIntosh MHA100, Wells Audio Enigma(custom), Bricasti M3h ,PrimaLuna Dialogue Premium HP and RSA A10 Thunderbolt, RAAL HSA1-b.

musicman59 said:
That is great, congrats!!!
Let me know your impressions after you spend a little time with it.
Do you think 2 watts @ 50 ohms are enough for difficult to drive headphones(not taking Susvara).
It will be awesome if it does a great job with the SR009 and with dynamic/planar headphones.
Click to expand...

Yes congrats! I'll be interested to hear your impressions.

The LTA spec states that the high O/P for phones is 3W per channel @ 32 ohms. This should be enough to deafen you on even an Abyss pi.

I only possess some efficient phones, the results on such as the AT W3000Anv are lovely. (I rarely go above 10-20max out of 100 steps for these phones on the LO output)

Ok, well not sure I have enough time with it yet to write detailed reviews but... it did finally arrive on Thursday... I received the email from UPS that it would be delivered tomorrow on Wednesday night so after about 3 weeks from order to my door.. I was super excited but it did not arrive until 5:06 pm... figures...

Ok, a few more tidbits for people wondering about how the amp drives certain headphones - I have been listening to my Audeze LCD-XC and my Ether 2.

Something else I found out that might be interesting - the Headphones / Speaker switch does not turn off the electrostatic port. I asked LTA and they said that the electrostatic feed comes right off the tubes.

So you can listen to both electrostatic and "normal" headphones at the same time as long as the volumes were compatible.

Also something to plan for - I had two spots picked out where it might go - the specs say 14.5" deep but the way the power supply cable connects you should plan for 17" of depth... so one spot was eliminated because it was in a shelf that is only 16" deep.
Headphones: Audeze LCD-XC / DCA Ether 2 / ZMF Auteur / Stax SR-009 / DCA Voce / ZMF Verite closed / Shure SE846
Amps: LTA Z10e, Mjolnir Audio KGSSHV Carbon, Monoprice THX 887
DAC: Schiit Yggdrasil / Topping D90 Portable: Fiio X5 Gen III

How does it sound with the 009 compared to Carbon?
SUSVARA \ LCD5
​

Still getting everything dialed in but so far the 009 sounds really good with the LTA, but it also sounds really good with the Carbon... not sure there is one I like better yet with the 009. Initial impressions is I like the Voce a bit better on the Carbon than on the LTA, but I changed cables that feed the LTA and that improved the Voce a bit. Ordered another set of cables so we will see what that does.
Headphones: Audeze LCD-XC / DCA Ether 2 / ZMF Auteur / Stax SR-009 / DCA Voce / ZMF Verite closed / Shure SE846
Amps: LTA Z10e, Mjolnir Audio KGSSHV Carbon, Monoprice THX 887
DAC: Schiit Yggdrasil / Topping D90 Portable: Fiio X5 Gen III

There does not seem to be much info available that describe the difference between LTA Z10 vs. Z10e. Both are rated at 12 watts into 8 Ohm speakers, so I presume the basic amplification circuit is same/similar, so how is the electrostat drive derived? It's difficult to think LTA would simply add Stax SRD-7 style transformer to LTA Z10, but..?

Jon L said:
There does not seem to be much info available that describe the difference between LTA Z10 vs. Z10e. Both are rated at 12 watts into 8 Ohm speakers, so I presume the basic amplification circuit is same/similar, so how is the electrostat drive derived? It's difficult to think LTA would simply add Stax SRD-7 style transformer to LTA Z10, but..?
Click to expand...

The 10e just got reviewed in the Stereophile May 2020 magazine, I'm a subscriber so I have the magazine and I read the review. Herb Reichert is the reviewer, and he really liked the 10e driving efficient speakers like the DeVore Orangutan 93 speakers and Zu Audio Soul Supremes. He also liked the 10e driving the Stax SR-009S and Dan Clark Voce but he made no comparisons to other top electrostatic amps. As a dynamic headphone amp, it didn't do well with the Susvara. He later found out that as a dynamic headphone amp its output is only 500mW at 50 ohms and as everyone knows, that's not enough for the Susvaras. He liked the amp with the Abyss Phi TC (I would think it needs more power), Verite Closed and the Focal Clear. He said it did the best with the Clear, not suprisingly it's the most efficient of the dynamics that he tried (104dB/mW).
Headphones: Abyss 1266 TC, HiFiMan Susvara, ZMF Verite Open, Focal Utopia, AKG K340.
Headphone Amps: Auris Nirvana
Digital sources: Sonore OM w/Uptone LPS1.2, Uptone Audio Etherregen with Paul Hynes SR4T LPS, AfterDark OCXO clock w/SR4T LPS > Aurender W20SE > Holo May KTE,
Analog source 1: Rega P10/Apheta 3/ Luxman EQ500 vacuum tube phono stage.
Analog source 2: Linn LP12 with Radikal PS, Keel chassis, Ekos SE arm, Akiva MC cartridge/ Zesto Andros phono stage
You must log in or register to reply here.