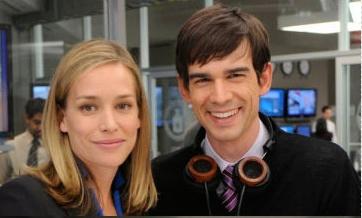 See full thread gallery...
You are using an out of date browser. It may not display this or other websites correctly.
You should upgrade or use an alternative browser.
Grados spotted on USA Network

sanjosecanjunkie said:
Seems a bit shameless, although it's hard to hate on the Grados when there are so many Beats plugs throughout the media these days.
Click to expand...

If we can only convert a few people away from Skullcandy, it will be worth it.

when i saw the Grado;s the first thiung i said to my son was BS!  The guy should be using DT48's
Just a guy that luvs music.

hahaha, it warms up my heart when I see something that isn't beats, skullcandy, or bose, and is glorified because the headphones actually deserves it.

Interesting.. the director / producer must be a head-fier him/herself
Feedback: http://www.head-fi.org/forums/f12/gknix-473435/

Hollywood is all about looks.  The $500 RS2s are the modest alternative to the $700 RS1.  And to people who live by style over substance, an RS2 probably sounds better than an RS1.  After all, it's a 2!!!  It must ben upgrade!!!
Image is nothing.  Style is nothing.  Sound rules supreme.

fuseboxx said:
The show is promising by the way. It has an action/spy/comedy feel simliar to Burn Notice.
Click to expand...

Interesting. I might have to check this out. Any other Burn Notice fans around here?

it was some good product placement i've been looking for some good cans for a while and this show got me to look in to the rs2i's now i'm saving up for some.
also as far as it being like burn notice, the acting seems way better already.

i'm also looking for some headphones that aren't open so that i can wear them outside my house. could anyone suggest any?
(preferably under $500.) thanks.

Interesting. I might have to check this out. Any other Burn Notice fans around here?

But he pronounced the name Grado with a short a (Grahdoe), rather than the long a preferred by the family that owns the eponymous company (Gradeoe).  Lost credibility (as with much else in the show).
Home (computer): Hi-Res/FLAC --> Qobuz/MusicBee --> Topping D10s DAC --> Zu Pivot IC --> Gilmore Lite --> Grado HF-1 / AKG K240 Sextett / Hifiman Deva

zombie_x said:
LOL, but I pronounce them as "Grahdoe" as well. It does not matter how he pronounces them IMO.
Click to expand...

But that ruins the multiple-leveled pun of the GR8 IEM. Think of the repercussions!

i know this is a dead post but i had to say that i found this site after seeing the Grados on the show and ended up getting the HF-2s. i owe the director for taking me the next step toward becoming an audiophile.

fuseboxx said:
I was watching the pilot of this new spy show Covert Affairs and then I spotted one of the CIA characters with a pair of Grados

I took the snapshot below and later on was surprised that he name-dropped the cans specifically in the dialogue:

Girl: I was going to ask what the headphones are for...
Guy: Grado RS-2's. Great for monitoring operations, real-time feedback when I'm typing and listening to Mingus.

The show is promising by the way. It has an action/spy/comedy feel simliar to Burn Notice.

This time, aside from being seen around the neck of the male character again, they're given as a gift at the end of the episode for a kid who helped the CIA solve a case.

Jonh Grado must be handing out a substantial amount of money for the publicity. obviously.
- The devil hates the sun -​
- dont be stupid -​

jamesmcprogger said:
Jonh Grado must be handing out a substantial amount of money for the publicity. obviously.
Click to expand...


I don't assume that.  Maybe the director/creator is just a fan of the brand and wants to spread the word.  Or maybe he's a friend of the family.  Who knows?

Gone: See Profile
You must log in or register to reply here.