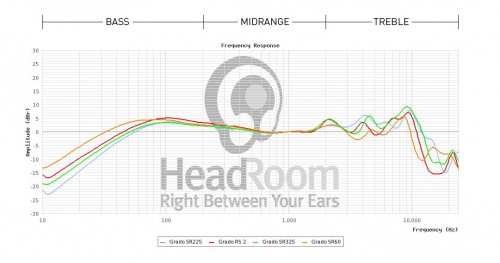 See full thread gallery...
You are using an out of date browser. It may not display this or other websites correctly.
You should upgrade or use an alternative browser.
Grado SR325e VS Grado SR225e, Who Has Compared Them?
M

I know sound is subjective. I am contemplating buying one or the other. Perhaps some input from those that have experience with both could help. My interest stems from being fairly impressed with a set of SR80e's. I have heard some talk of the 225 but not much of the 325 and certainly not any direct comparison. Are the 325 worth the extra coin? Thanks

I found a local retailer that carries the Grado line of headphones. Took my Schiit Modi3 and Asgard 2 and spent an hour and a half listening after they spent half an hour looking for a 1/8 to 1/4 adapter (very unprofessional). I listened from the SR80e to the SR325e. I even tried the PS500 and the GS1000e. Sadly they didnt have any Reference Series. My take is that none of them offered a significant enough of an improvement to warrant me parting with my money. I am just as impressed by my modded SR80e's as any of them. Dont get me wrong they all sounded good to me and there were differences. The 325 was a bit bright and at the other end of the lineup the 80 wasnt quite as defined, especially in the lower frequencies. If I was forced to pick one to buy, Id go with the SR125e as it has the nicer ear pads and may respond well to the few simple mods that are out there. Still curious about the wooden cups that are available. I even tried some Audeze models, one at $1k and the other approaching $2k. The latter had an immediately more pleasing sound but not for the price tag. I am content, for now, with the souped up 80s and my HD650s.
Z

Not sure what kind of mods you've done with your 80's, so obviously I
can't compare them to any other headphone.

Still, though, regarding the 225e's vs. the 325e's, I think that the 325e's
are somewhat better sounding. Smoother, more detailed, more convincing
bass, more dimensional. Also, the treble is a bit smoother than the 225e's.
I think they're a steal at $299.
And of course they're characteristic sound and build will not appeal to
everyone.

I had the 325e's for about two years; sold them a couple of months ago.
Listened to them often and enjoyed them very much. Actually considering
buying another set shortly.

Just bought a set of 225e's for walking around outside as they're less
obtrusive, being mostly black, and of course being fully open allows
for greater situational awareness. Again, I like the way they sound
very much and, while looking around, I couldn't seem to find any open
headphones which sounded better or even as good.

Personally I’d spend less and get an SR60e instead. To my ears the most pleasurable sounding Grado ever made. The more money you throw at Grados the more aggressive they tend to get, at least in the SR line.
Frequency responses show this quite clearly too. Where the SR60 is quite a balanced sounding can, the pricier ones both roll off considerably earlier as well as introducing peaks in the uppermids and treble.
Then again if that is what one is looking for in a headphone, then the Grado tuning probably makes sense 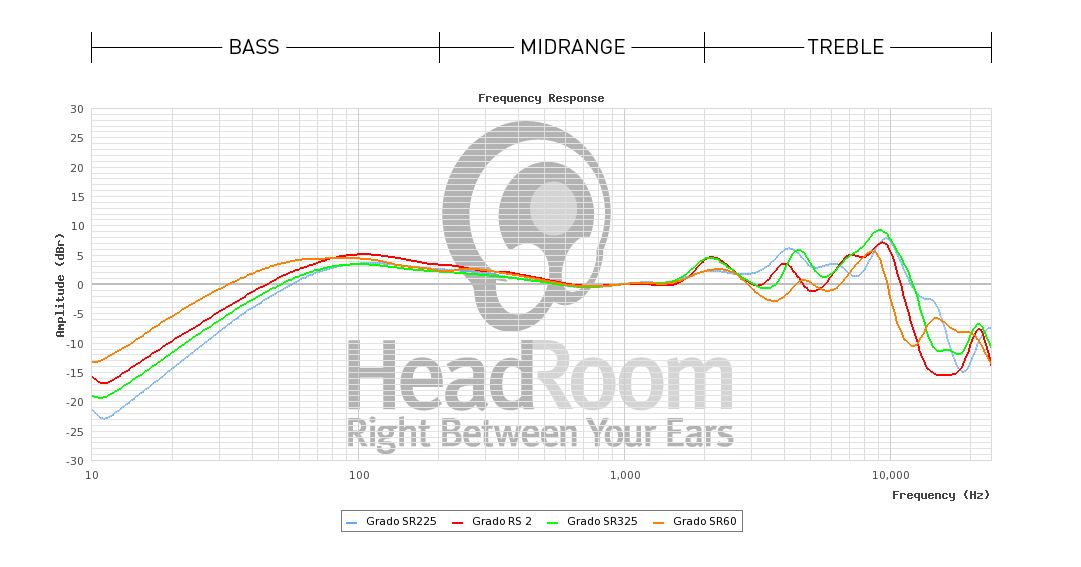 ‘When you’re thinking about gear you’re not really listening to the music’ - Danish bear-fella
You must log in or register to reply here.