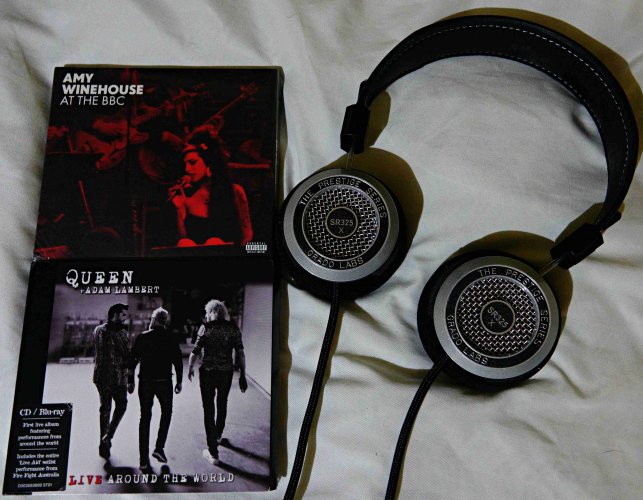 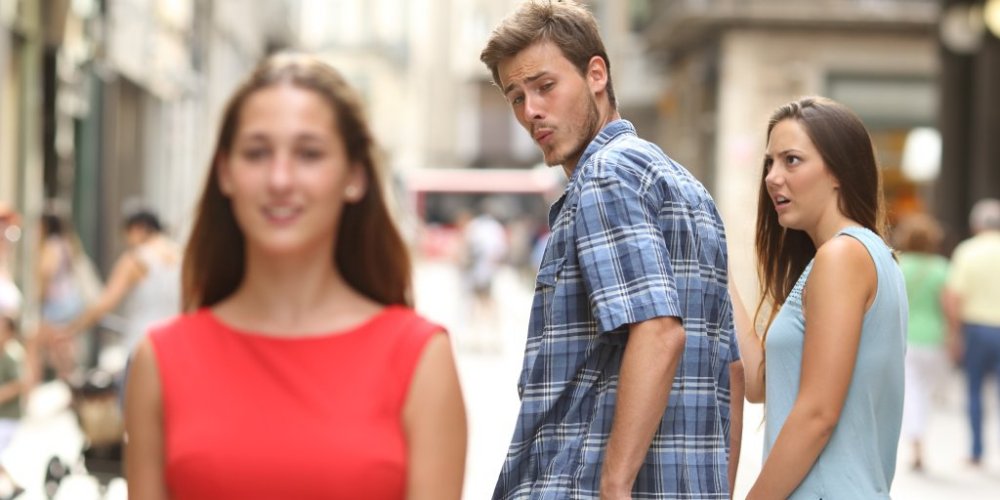 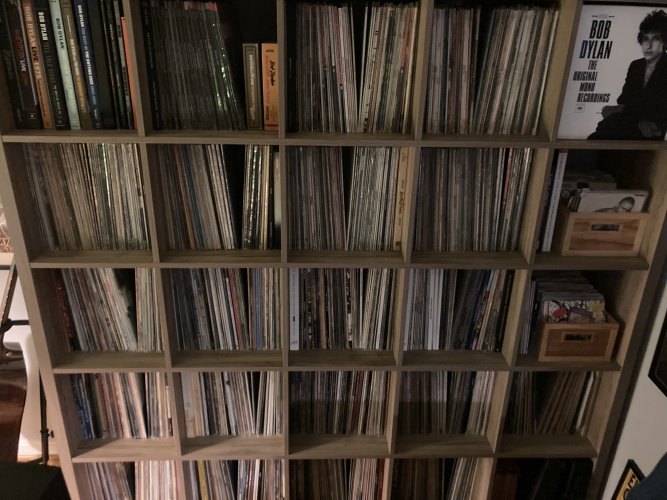 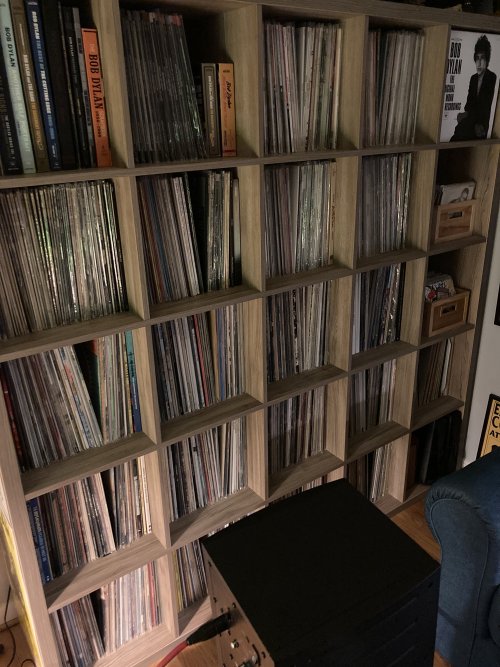 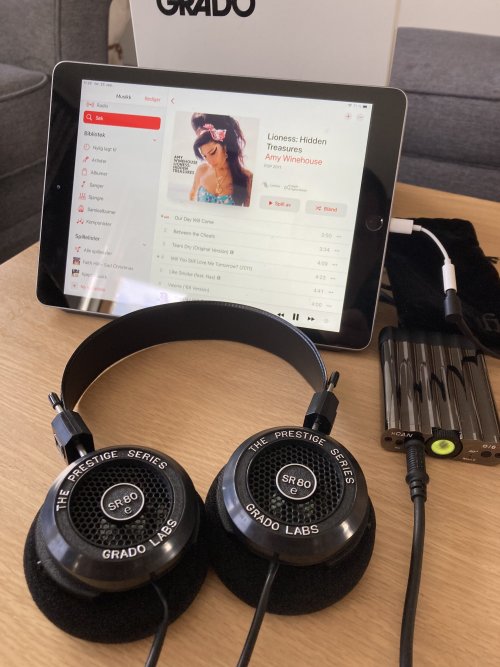 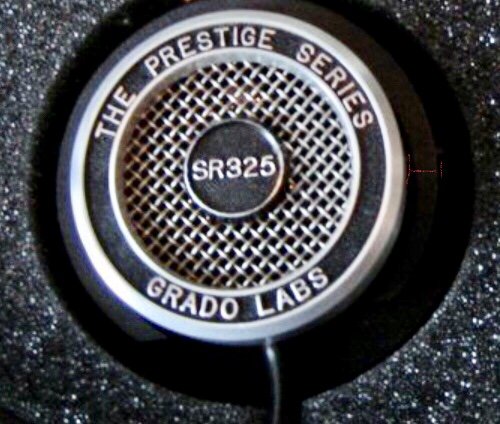 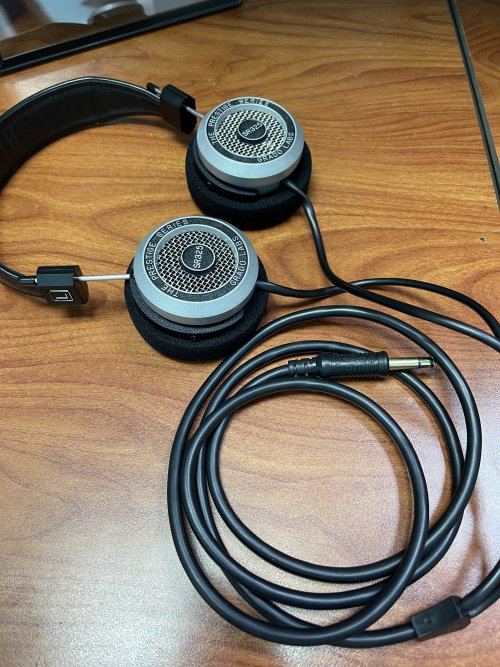 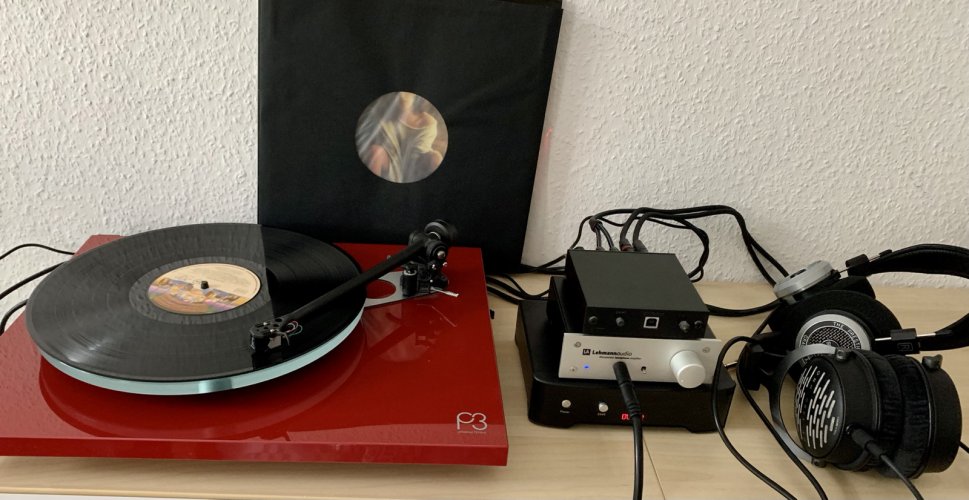 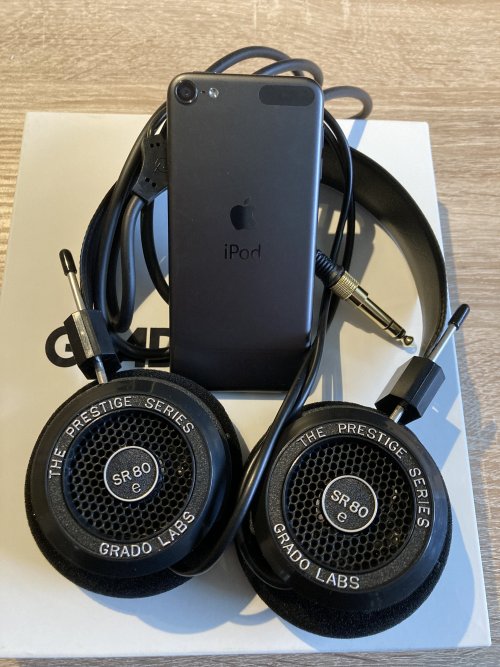 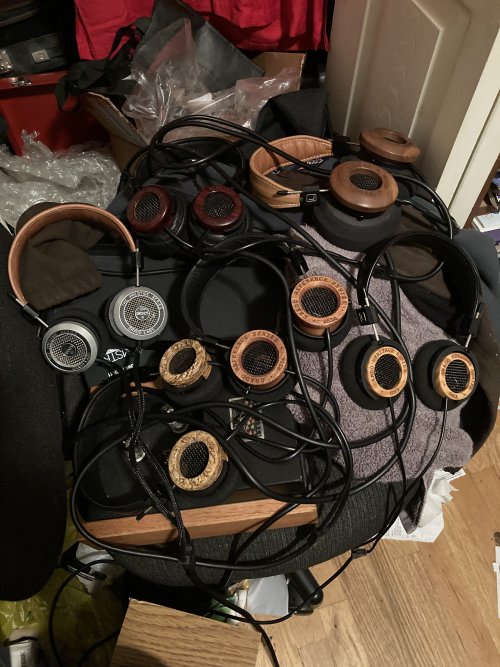 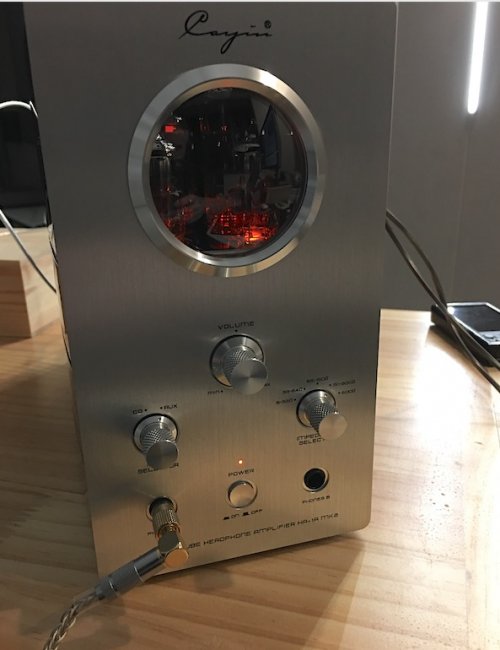 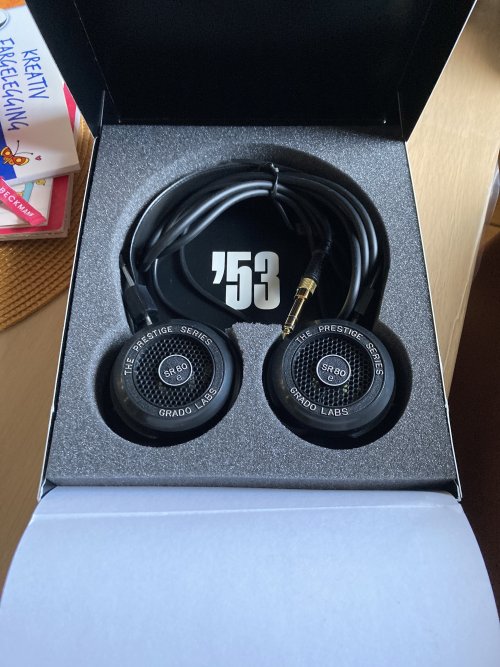 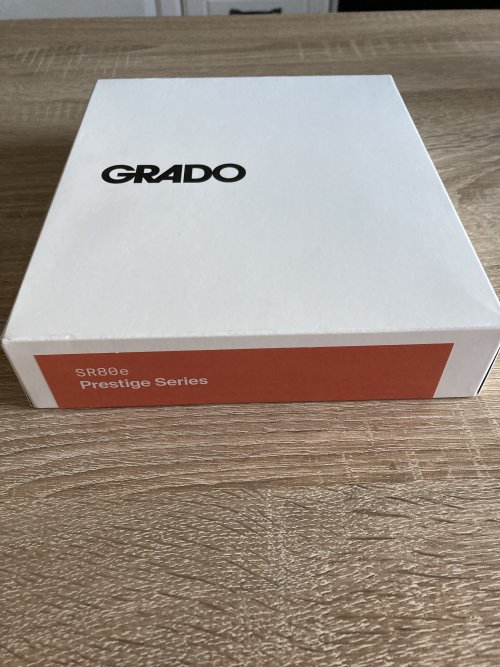 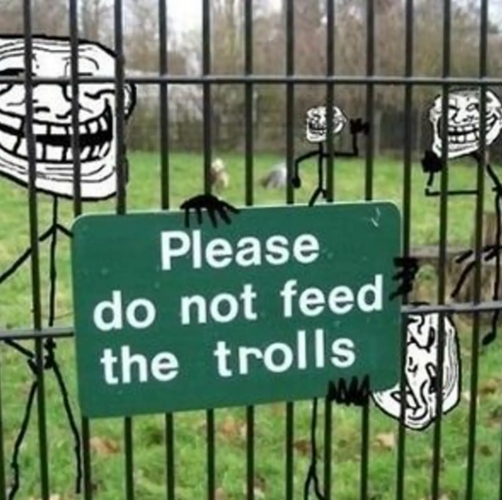 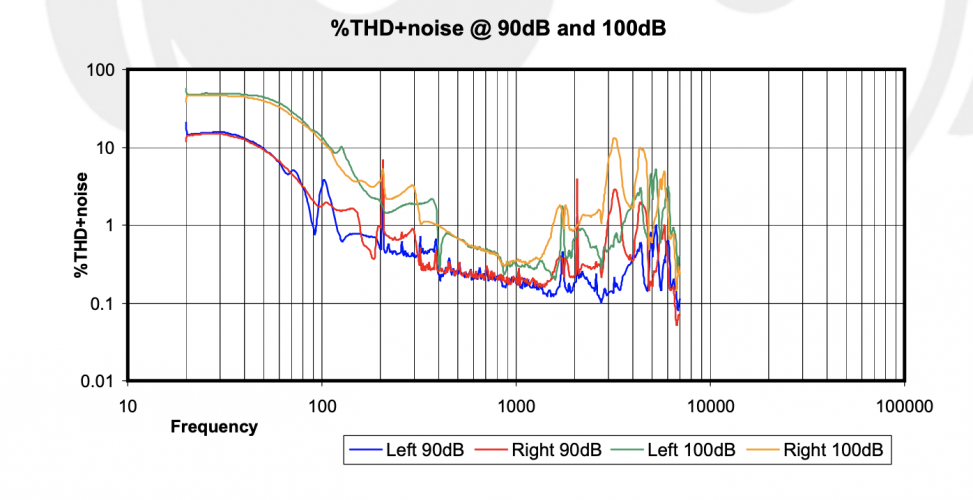 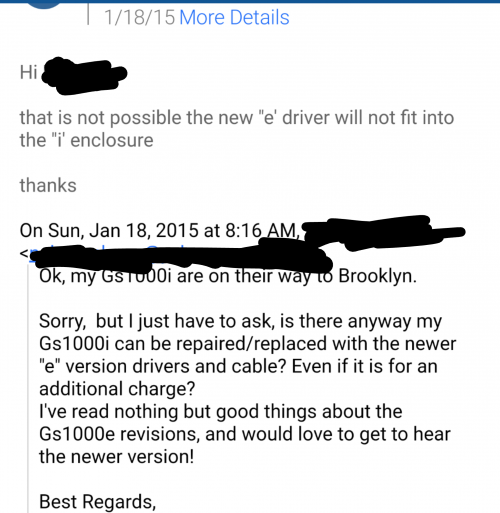 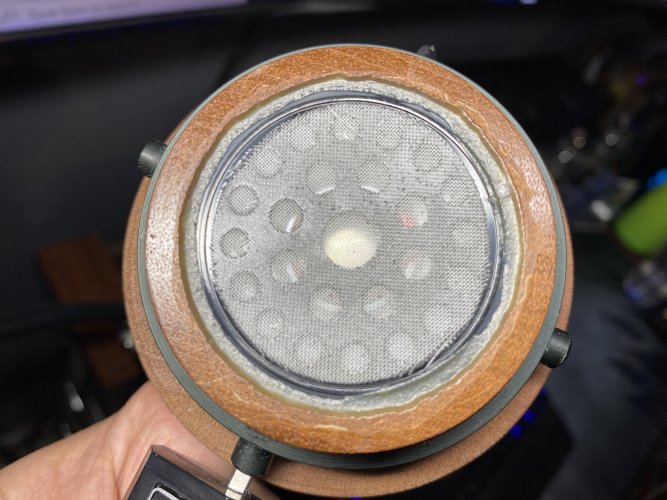 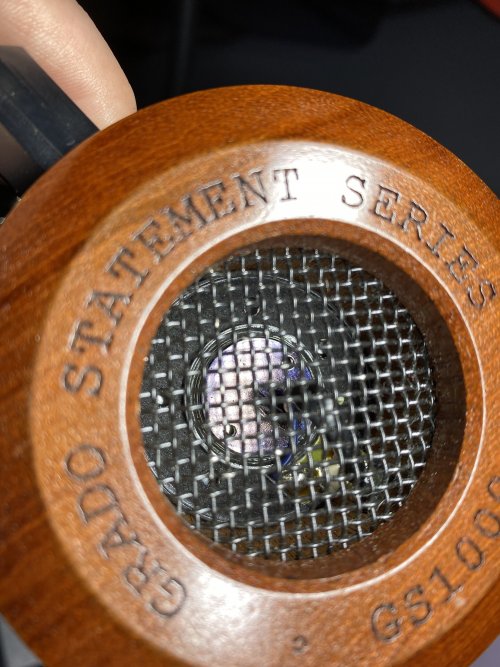 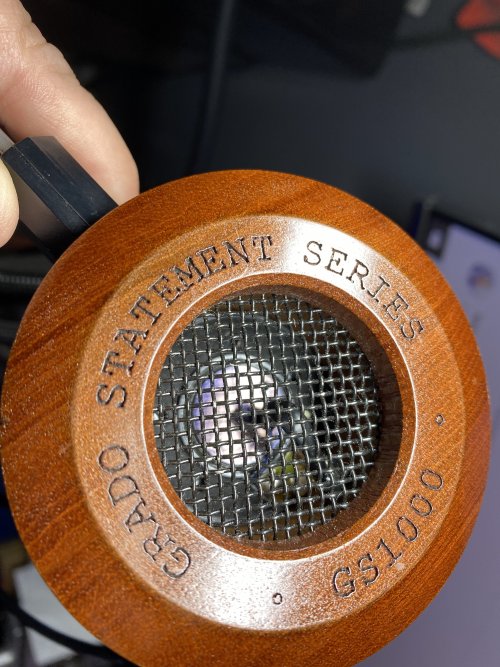 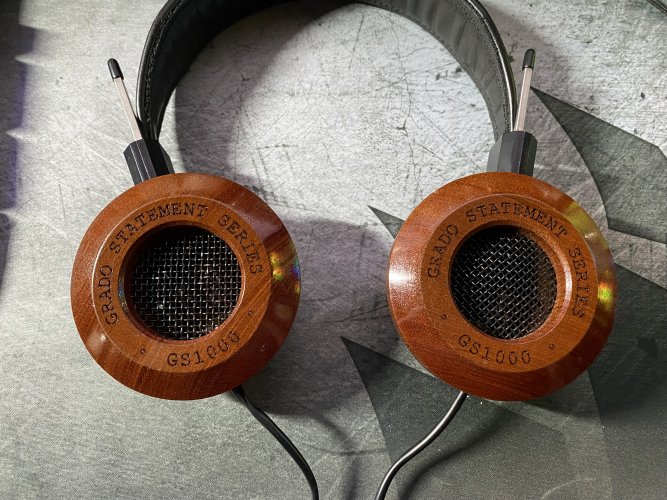 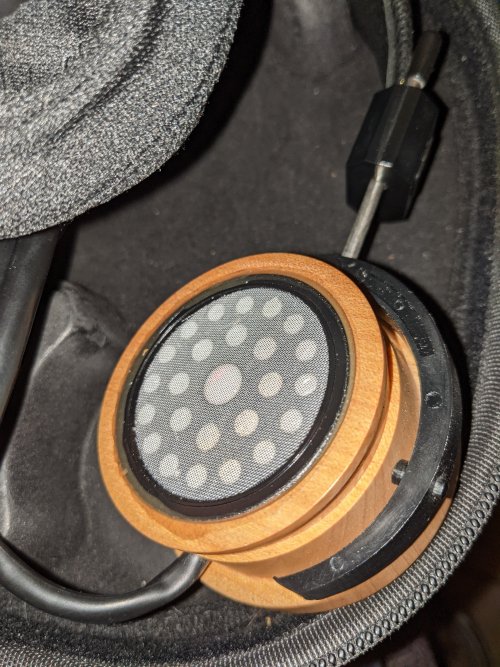 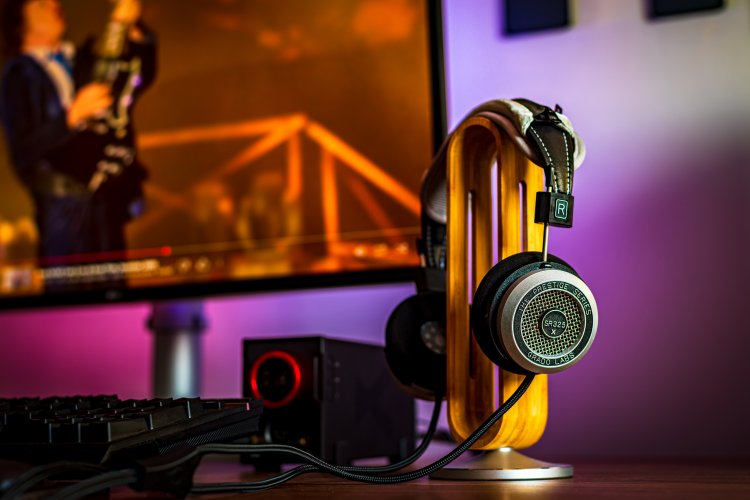 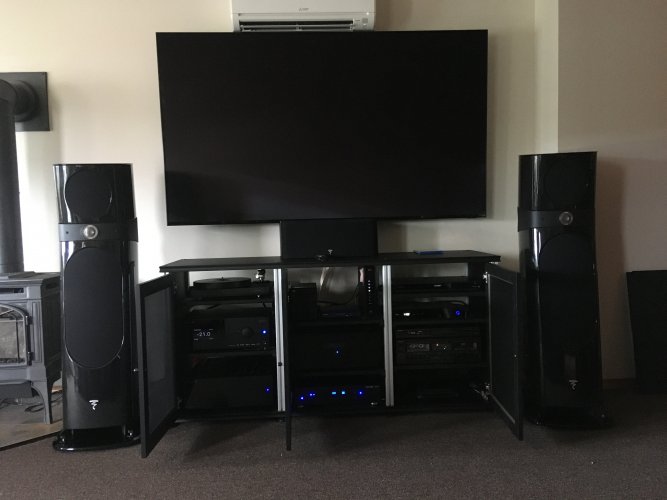 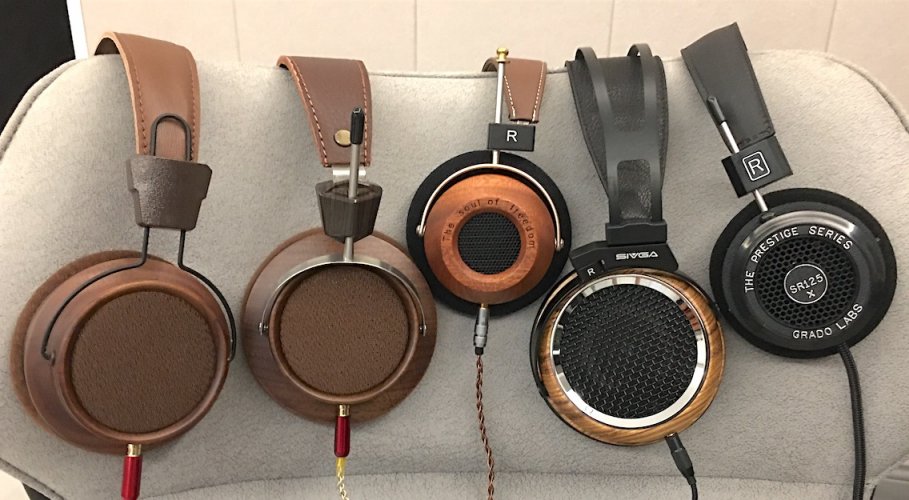 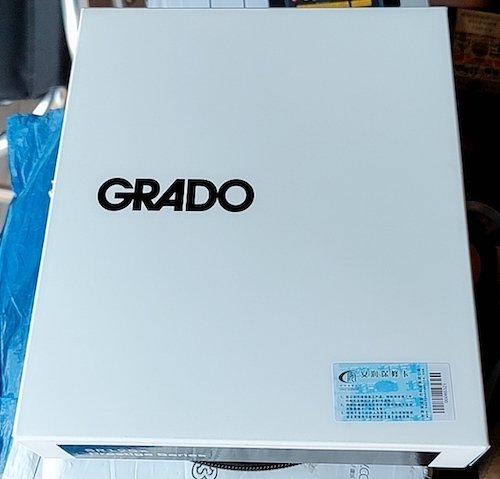 You are using an out of date browser. It may not display this or other websites correctly.
You should upgrade or use an alternative browser.
Grado Fan Club!

I would suggest the Alessandro MS2 instead of the 325i (same price).


How about the Alessandro MS2?   I bought mine back in 2004...so you could say that, at least in my case, they are long keepers.


How about the Alessandro MS2?   I bought mine back in 2004...so you could say that, at least in my case, they are long keepers.

The problem with the MS2 is that they sound so good that people usually get the upgrade bug and end up buying a higher end Alessandro or Grado (or they do the Magnum upgrade).
Click to expand...

haquocdung said:
They dont have it at the store that I buy.
Click to expand...


I have never listened to the SR225 or the SR325, but this is what I can deduct by reading about Grados over the years:

1) Many say SR225 is the best bang for the buck.
2) Even though the MS2 is based on the SR325, there are differences.  I see many SR325s on the sales forums and few MS2s.  Perhaps more people buy new SR325s than MS2 (and that is why you see more for sale) ...or perhaps the highs of the SR325s bother new owners so much that they end up selling them.

If I was in your shoes, I think I would buy the SR225 or the MS1.  Is there a place where you can audition these two models (and perhaps the SR325)?

haquocdung said:
They dont have it at the store that I buy.
Click to expand...


You can get the Alessandro MS2 from their website with free shipping.
My Feedback , Equipments

MS2 is my favourite pure musical headphone, especially for metal or guitars in general. I found the 325 piercing, I didn't think I would coming from the MS2, but it hurt my ears.

But maybe those things got replaced and the actual headphones are legit. I don't know. But it does seem really odd

devouringone3 said:
Alright I know where to focus my attention now!

Can you extrapolate it with those pictures of some of the internals of the amplifier?
Click to expand...

If I get a chance I can ask someone who might be better able to than I, but where I'm at is "I see nothing but metalwork and the back of a PC board - what do you expect?" and I'm guessing that's the response I'll get.

It's just one pair of capacitors for both the battery and the PSU fed operation. In front I can easily recognize the ALPS pot., the custom 6.35 mm TRS jack, the off/stand-by/on switch and the two battery indicator red LEDs, from front to back, and on the back it's a pair of RCA, a mini-xlr jack, and a switch for selection of current source; all that I can't figure out is what's in the middle under that black metal plate.
Click to expand...

My guess is the plate is a shield for the opamp that drives the thing. Just a guess.

On the power feed, can you trace out how the batteries versus the DC jack feed into the [whatever]?
Click to expand...

Wasn't there a special trick/way of doing that duty using a multimeter, touching the exposed "poles/branches"? I do have this instrument

GOOD GUESS, I FORGOT ABOUT THIS PART OF THE CIRCUIT! That has to be it! That "famous" Grado opamp!

Nice headphone rig Mr. MuppetFace, I never thought you would even consider sending your pair to Joe for an upgrade. You know it only brings a marginally small difference and that you won't recover it's full value if you ever sell the thing?.. though I really doubt you would ever do that!

Hum; it would sure transform your HP 1000 into a national treasure ... so yeah I realize now how you cannot be indifferent to that, hehe; I sure wasn't!

Don't put it too far in your calendar though, we never know when Joseph will "run out of parts"...


Onto a less related topic: for the records I've sent mine 75 days ago (and you would have known already if I had received it

It's already been said that the upgraded flats make up for a clear improvement, and they should last a lifetime/very long (if well cared for) according to Joe. If anyone wants them, 150 dollars for foam is not so much paid to get the best out of your HP 1000, which is much less expensive than the full upgrade.
​

I'd consider a used 225, you should be able to get one for about $150. I saw one on the forums this morning for $140. There is one on there now for $160 with a J-money headband. I also saw an MS2i on there for $200, I loved the one I had. There is also an RS2i on there for $375, and an HF2 for $400. The other thing you might consider is a Magnum build. A nice pair of custom lathed wood cups, some Magnum drivers, some custom cable, a nice leather headband, and voila you have have an awesome sounding and an awesome looking pair of headphones that will be definite keepers.

A friend of mine returned from China, being quite the avid audiophile - he is the sort of
guy who owns reams of Crystal cable for IEM's to full sized headphones. He'd brought
back this fascinating portable digital player. The iBasso DX100. I was fortunate enough to have the RS1i's handy when he showed up for a quick listen.

Now the music material was not known to me, he's a big fan of Cantonese vocals which are
superbly recorded. Nonetheless, I sat there and was mesmerized by the presentation
of my very own cans with this simple black, one box solution.

To the extent that I started to scour my audio memory if indeed my own cans had
ever sounded so good back at home on my desktop rig that costs many thousands
more than this $900 odd contraption. I came away feeling not so sure!

Assuming I was starting all over again and my circumstances meant that a dedicated
desktop rig was not an option due to constant relocation or repeated travel - then
this would make the top of my list. Such simplicity and relatively modest spend
that is worthy of being called an end game rig for any of the mid range to higher
end Grados - unfortunately the PS1000's were not handy so I cannot comment
on the synergy with the two bagel boys and this device.
Home: Shunyata Research Cobra Power | Nordost Heimdall 2 Power | PC | Nordost Blue Heaven USB | Audiophilleo 1 | Rega DAC | Violectric V200 | Counterpoint solid state head amp | Antipodes Komako RCA | Grado PS1000 | RS1i | SR325i | SR80i | DT990-600ohm |  AKG K601 |

I've tried the DX100 with the PS1000, and the synergy is pretty good from what I recall (grain of milage, your salt may vary, etc.).

Not sure just how ironed out all the bugs are with the DX100, but for a while it was pretty chaotic, with a lot of UI issues, quirks (tracks playing at chipmunk-vocal speeds), and even potentially harmful ones (like volume being reset to the highest setting upon powering it up). In terms of pure SQ however it's a fantastic little player in my opinion.

The volume range is nuts: there's so much room you can comfortably power sensitive, low impedance Audio-Technicas and K1000s alike.
My new blog: The diary of a something something
Archive: The old diary thread. || The new diary thread.
You must log in or register to reply here.