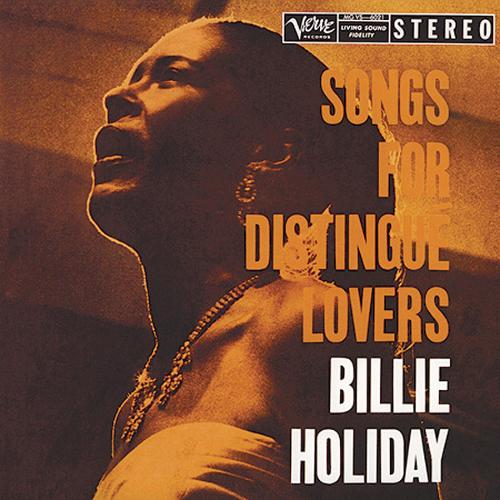 See full thread gallery...
You are using an out of date browser. It may not display this or other websites correctly.
You should upgrade or use an alternative browser.
Good quality JAZZ/BLUES & ROCK anyone ?

So there's a ton of JAZZ around, but as it comes up, most of it is old and does not sound great. Some of BB King's songs are awesome but I have only found a few songs that actually sound very good : "Playing with my friends" is one of them.

I got a nice collection called : House of Blues : Essential Blues - a total of 6 CDs. Most of it is good stuff but only a few songs are of some VERY GOOD QUALITY.

Also I have been listening to Katie Melua lately, finding her Piece by Piece to be the best out of the lot, and the last one House being a bit different, not exactly my taste. Katie is a great voice, but what makes her so loved into the audiophile world is her STUNNING recording quality and the great band sustaining that great voice. In fact her albums are quite some of the best quality music I have been playing lately through my headphones.

Another great album I absolutely LOVE is Chris Rea's - Road to Hell and Back ( the live album ).

I would appreciate is some of you guys could recommend something else based on this info regarding my music tastes.

What's the point in having some state of the art music listening devices if the music playing sounds like it's an AM radio.

You are doing it wrong. Listen to the best music, always. Recording quality should be nothing more than an added bonus.

I can listen to Robert Johnson, Skip James and John Hurt for days on the best equipment and I would never hate it. The music too good to ditch it b/c of poor sound quality.

I think this fits the description and is an album I enjoy. You can download it from hd tracks in 24/96 format.

If it measures good and sounds bad, it is bad. If it sounds good and measures bad, you've measured the wrong thing.      ​
Feedback KingStyles  Kingstyles1​
Better to remain quiet and be thought a fool than to open one's mouth and remove all doubt.​

I just got Robert Johnson's King of Delta Blues Singers, and I'll let you know how it sounds as soon as I listen to it.
Team Grado! Team Metal!
MacBook Pro (FLAC/ALAC) --> Total BitHead --> HE-300 ---> MY FACE!
--> Audioengine A2/Polk Audio PSW10
"Head-Fi does indeed seem to deflect this sort of douchery." - fraseyboy

c0rnholio said:
What's the point in having some state of the art music listening devices if the music playing sounds like it's an AM radio.
Click to expand...


I totally agree with you but there must be certain distinctions that must be made.

There are some recordings that will NEVER be audiophile quality. These include all the historic blues recordings made by Robert Johnson, Blind Blake or Blind Lemon etc. There are versions that top others but even those are lackluster. In these cases, you just want to get the best versions available and enjoy the music for what it is. These are the absolute best versions of Robert Johnson's music I have found:

Then there are amazing recordings that have been released in lackluster ways. A prime example of this IMHO is Time Out by Dave Brubeck. It is a superb recording but the vast majority of the releases don't present it in the best light possible. Some do a great job like the standard Columbia (non-legacy) reissue from the late 90's. The best version of this can be made using the original SACD. Another example of this is Kind Of Blue by Miles Davis. The best version comes in the 2-disc Legacy re-issue but it still needs some EQ to sound its best.

Lastly there are the amazing recordings that are truly amazing but have NEVER been released that way. Prime example is Frank Sinatra's "Songs For Swingin' Lovers!". Every single release after 1961 has a layer of fake echo and bad post processing. Trying to find a mint gray label mono west coast pressing, which is the best release, is proving to be harder and harder as time goes by. In these cases, it really comes down to how passionate you are in tracking down your favorite recordings. I went through 28 vinyl pressings before I found a mint "Songs For Swingin' Lovers!" and none of the 29 were cheap.

So what to do?

I do one of two things.

1) DIY it. This is usually the course I take as I have a preferred sound signature preference and I am very nit picky when it comes to getting a perfect version of an album I love. However, it has taken over 10 years to learn how to properly do it myself and it has been an epic investment in time and money.

2) Research! This is the easy way out. Do your research! Make sure you find out who mastered the title you buying. Did it use the master tapes? Is it no-noised? Here is a list of good mastering engineers to look out for:

NON-MASTERING NAMES TO LOOK OUT FOR!

Then of course, there are the "audiophile companies". Names to look out for are DCC, Audio Fidelity, GrooveNote, S&P Records, Cisco, Analogue Productions, Mobile Fidelity, Stockfisch Records, Clarity Recordings, Tacet and a few others.

Anyway, I hope this helps!

Ok so I'm back to report that the Robert Johnson CD is not the best quality, but the music is sooo good that it shouldn't matter.
Team Grado! Team Metal!
MacBook Pro (FLAC/ALAC) --> Total BitHead --> HE-300 ---> MY FACE!
--> Audioengine A2/Polk Audio PSW10
"Head-Fi does indeed seem to deflect this sort of douchery." - fraseyboy

Thanks anyone for your answers. This is not an issue of "should I listen to this if it doesn't sound great but I like the music"

Of course I listen to the music I love regardless of sound quality, and a crushing majority of them are NOT state of the art recordings. I was just curious of some of the possibilities of some music I don't know about, that sound great. I recently discovered Katie Melua and I was pretty amazed of how GOOD her albums sound, maybe it's a bit too much voice covering the great band behind her if I really want to criticize but nevertheless, it sounds fantastic. So I was curious of some other new stuff I might have been missing.
Thanks again for all the info.

One can't miss album, in my opinion: Laika Fatien - Misery: A Tribute to Billie Holiday.

If only the original or even remastered recordings of Billie sounded anywhere near this good...
Yggy -> Bottlehead Mainline (with RTI teflon caps) -> HD800 (with resonator and cork mods), among other gear

If only the original or even remastered recordings of Billie sounded anywhere near this good...
Click to expand...


You obviously haven't heard this album: It's more of a vocal slow jazz, similar to Diana Krall style on some tracks. This is a chilling type of music. Definitely goes up in my LOVE MAKING MUSIC

Right now I'm searching for great car music - something my BOSE sound system would enjoy. A great album I found is : Florence Rawlings - A Fool In Love (2009). I found a 320kbps that sounds pretty good. Will be in the lookout for the CD online ...

Have a look at her leading track : http://www.youtube.com/watch?v=yy_1iJiAWTA&feature=relmfu -

IMHO it sounds quite good.

Thanks for the tip LFF!

Edit: Just to be clear, you are recommending the 6 track pressing made in west germany?

Yggy -> Bottlehead Mainline (with RTI teflon caps) -> HD800 (with resonator and cork mods), among other gear

Thanks for the tip LFF!

Edit: Just to be clear, you are recommending the 6 track pressing made in west germany?


Correct! The one with additional bonus tracks doesn't sound nearly as good.

Much appreciated!  Just ordered a copy off amazon marketplace.  Can't wait to give it a listen!
Yggy -> Bottlehead Mainline (with RTI teflon caps) -> HD800 (with resonator and cork mods), among other gear