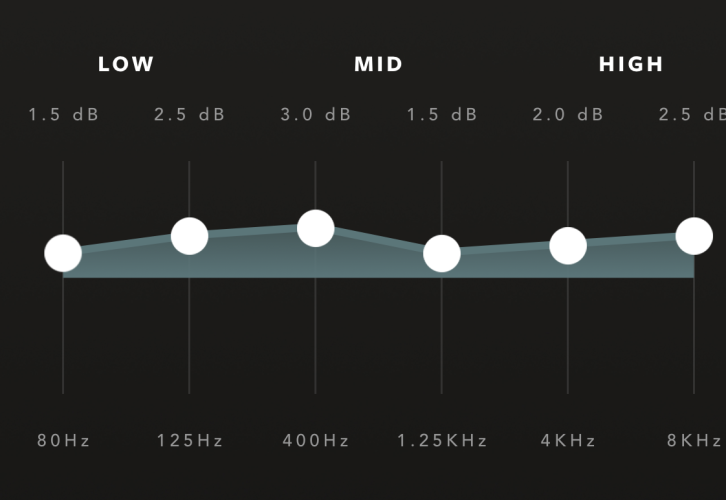 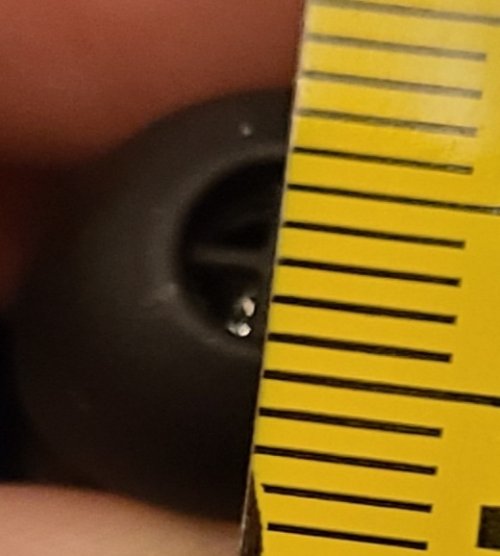 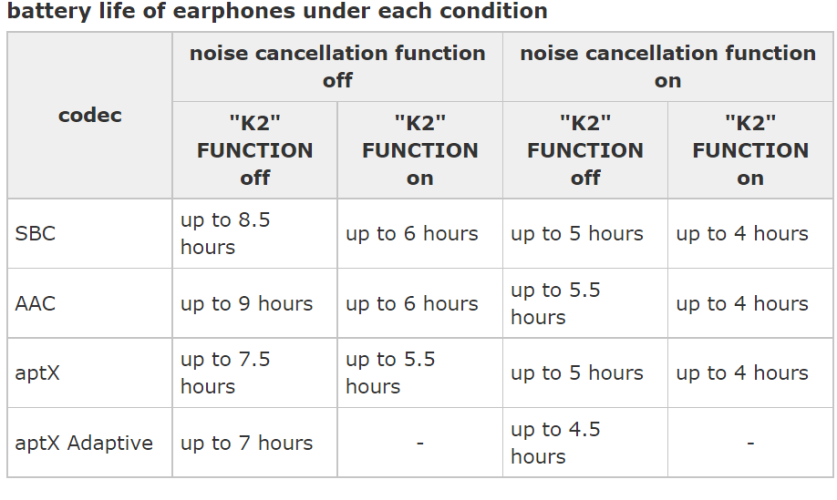 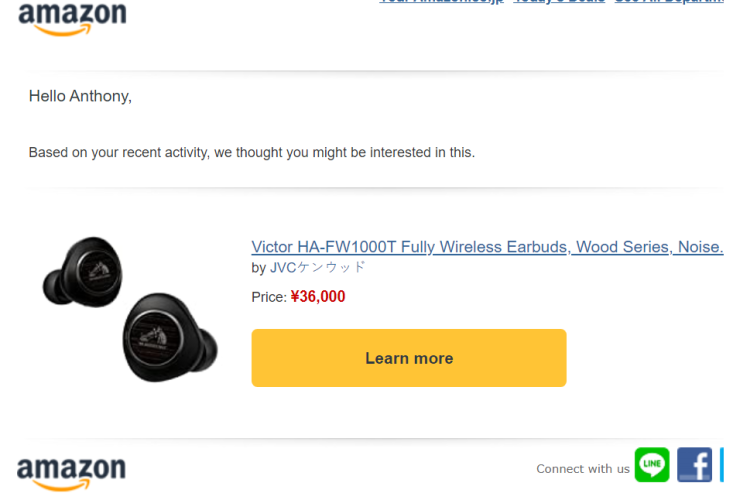 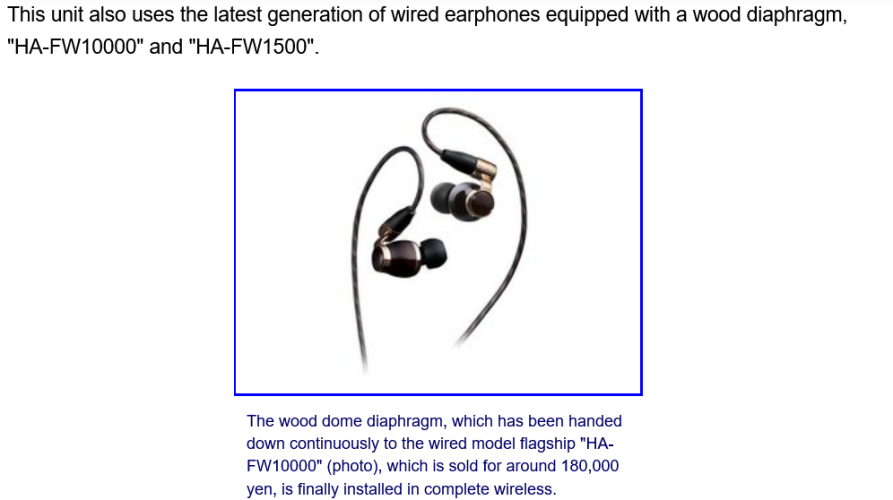 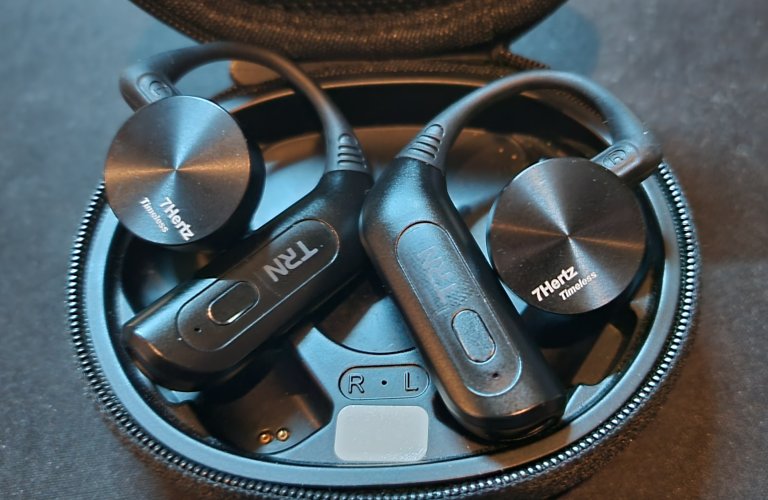 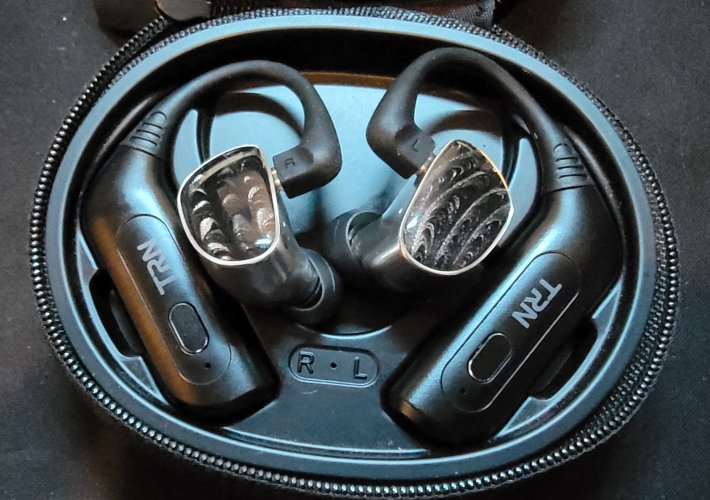 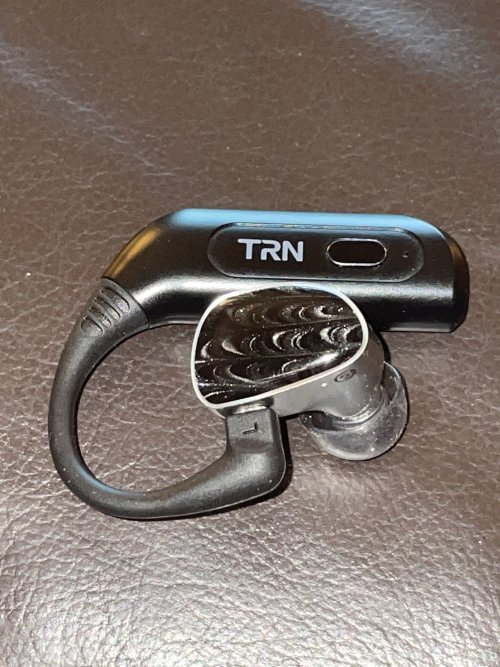 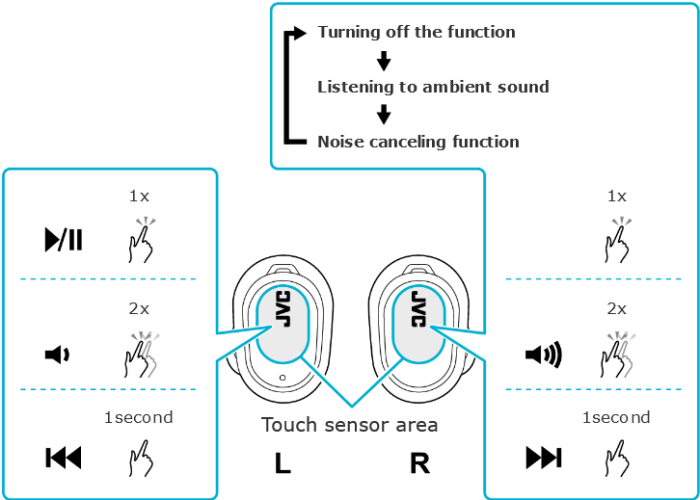 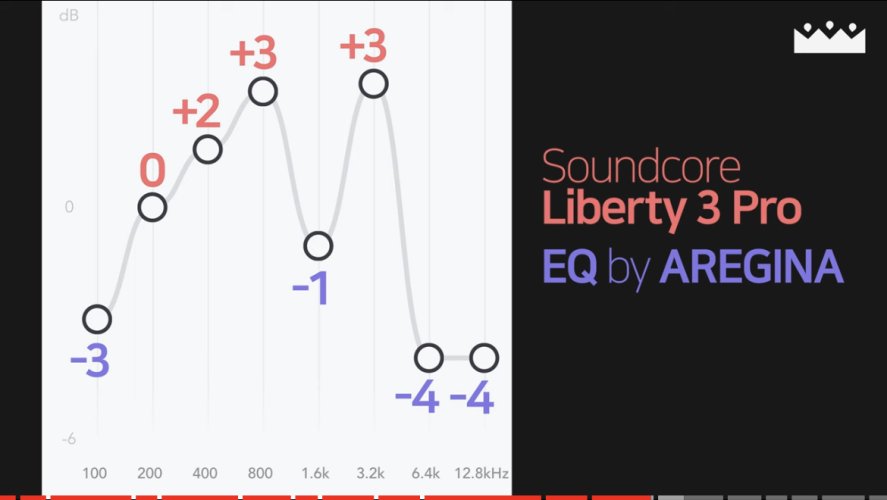 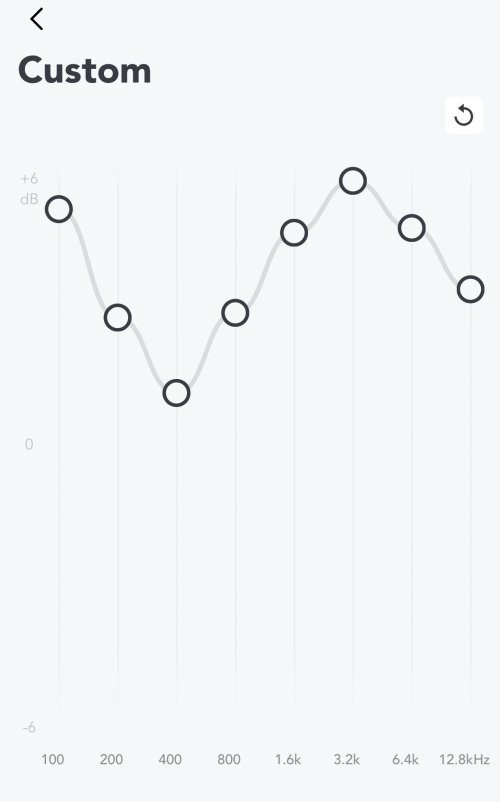 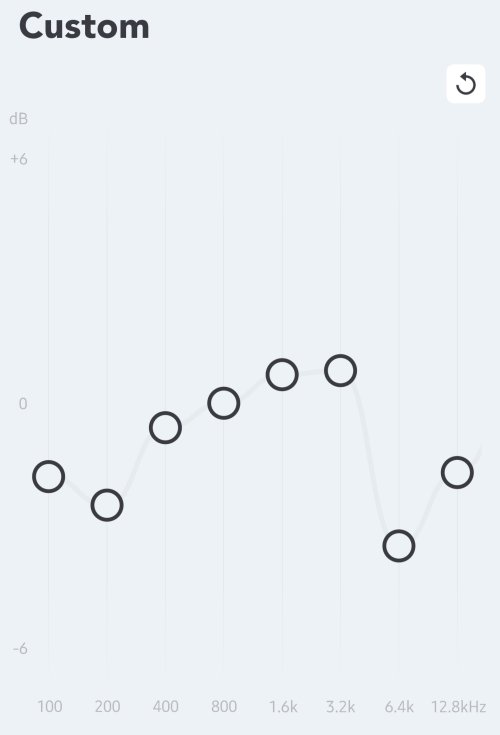 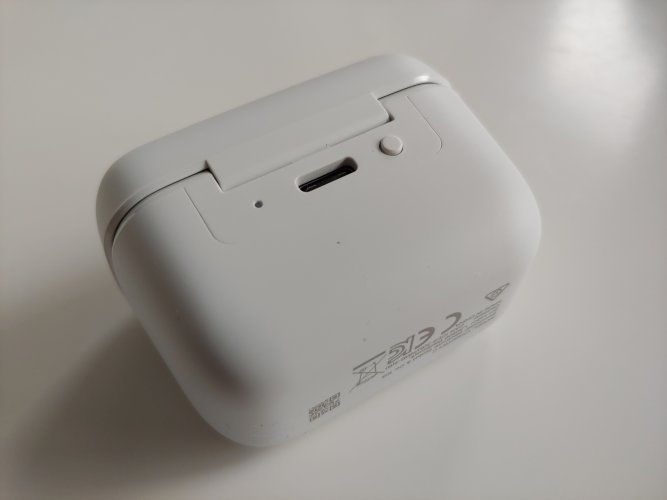 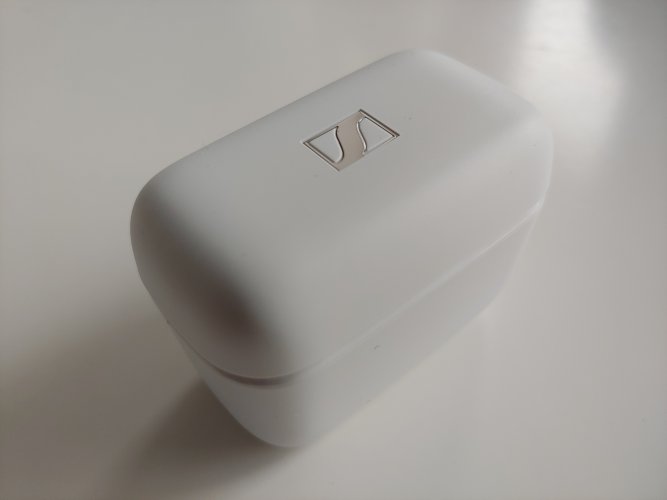 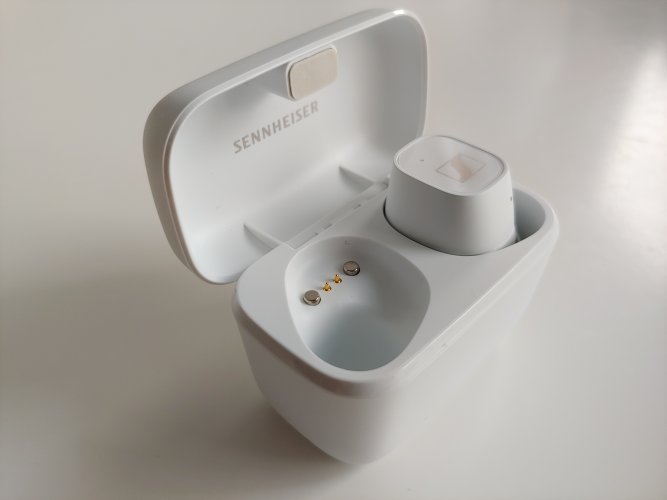 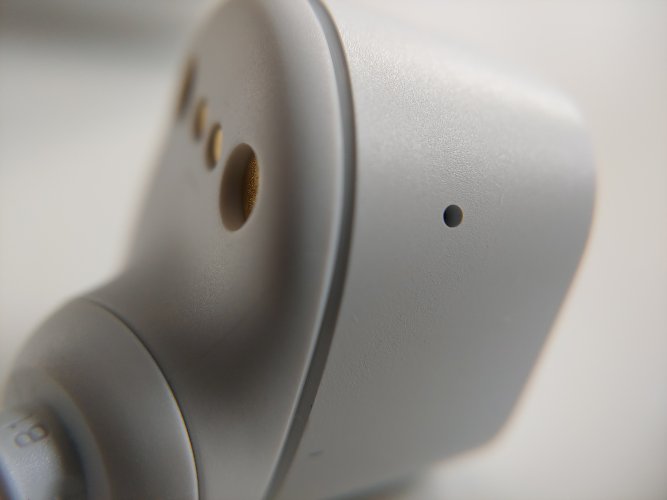 See full thread gallery...
You are using an out of date browser. It may not display this or other websites correctly.
You should upgrade or use an alternative browser.
Going fully Wireless IEMs. Too soon? Or are we there yet?

Just joined Head-Fi! Wanted to get some opinions on next buy:

I primarily use iPhone and laptop for music, used the original AirPods and loved the convenience of connecting and having wireless earphones, now I'm looking to upgrade. The obvious choice would be air pods pro but a little hesitant about the sound quality (used to be into headphones and as a beginner had ATH M50, Grado but then took a break because of the money it would cost)

Here are a few that I'm looking at

Priorities are sound quality, ease of use, noise cancelling is not a huge factor. I primarily listen to EDM (don't necessarily need the strongest bass but can't be lacking too much), vocals, sometimes instrumentals but also listen to many other genres.

The more I read the more it seems that the sound quality of Bluetooth can't go that high, so then I thought about over ears that have bluetooth but I can also plug in
PX7
H9 3.0
Momentum 3

Please provide any recommendations or thoughts?
Click to expand...

Not that they are the best on your list, but if I could, I'd buy those Libratone again. I had them, and let them go. The form factor rocks. I read the company is no more or looking for funding again.

hifi80sman said:
I agree with the IEM statement. I find Bose's design incredibly comfortable and non-fatiguing, especially when it comes to the lack of air pressure caused by seal. Plantronics has adopted a similar design that's also quite comfortable, but I wish some of the other major brands would as well (Sony).

Right now, for me, Bose holds the TWS crown.
Click to expand...

Based on your ownership of it so far, has there been dropouts? I loved my Bose SSF, except the persistent dropouts or cutouts on one side were just too much to live with.
"Music washes away from the soul the dust of everyday life" - Berthold Auerbach.

"Without music, life would be a mistake" - Friedrich Nietzsche

I was just at a park and walking around for about an hour with just a few trees and no buildings for a Bluetooth signal to bounce off of and I had zero drop outs using the Bose Quietcomfort true wireless earbuds.
Last edited: Oct 6, 2020

georgelai57 said:
Based on your ownership of it so far, has there been dropouts? I loved my Bose SSF, except the persistent dropouts or cutouts on one side were just too much to live with.
Click to expand...

Just used them at my desk mostly, but there were no issues when walking into the room next door. Let's put it this way, I haven't experienced any drop outs in situations where there shouldn't be any.
Wireless: Too Many / True Wireless: Too Many / Wired: Too Many

What is the best sounding TWS under $100 or so with physical buttons, none of this touch malarkey?

On the other hand I’ve realised that I hate this feeling of having two little computers hanging off my ears, just waiting for any stray touch to react unpredictably. I’m longing for the old simplicity of physical buttons I knew from the Tranyas.
‘Phones: KZ ZS5, Audio Technica CKR9, E-MI CI880, Sennheiser HD600 + other bits and bobs.
TWS: Tranya T3

So I received my Bose QC Earbuds too and they have both great and weak aspects.

Starting with what can make or break a TWE, the fit is terrific in spite of the dubious form factor. They don't look as weird as the previous Bose earbuds fortunately and are in fact pretty close to the XM3s going from memory, maybe a tad larger ? The massive difference with the XM3s is that they were clearly designed by people who worried about how they would be worn (what ?!) and are close to perfect in that respect. The tips create a seal (more on that later) that does not vary however hard you might want to shake your head, they balance the weight very well and you forget you have those heavy things in your ears. One slight niggle is that my ears got a bit itchy after an hour but that's possibly due to the rubber having to "wear in" a bit. Unusually I didn't have to use the L size tips so people with smaller ears might feel some pressure with the S size.

SQ is very pleasant if indeed a bit low on bass, especially when you're on the move. Someone mentioned "fatigue" and I can see where that might come from as they are a tad "bright", more so than the QC25 that I usually wear at my desk. I thought the App had an EQ but I was wrong. The separation and soundstage are great, not unlike the LP2s my goto "critical listening" TWEs. More listening required here, especially for the "fatigue" part.

Overall isolation is good and even "impressive" when activated, like for the APPs, but unlike other ANC models you can't tell what's due to passive isolation and to ANC since it can't be turned off (more on that later). The passive isolation seems better than on the QC20 but still quite light as non droning sounds do not get filtered out like they do with the Bomaker SiFi II or the Amazon Echo Buds. The big letdown is the lack of an ANC OFF setting for windy situations, instead we have 3 useless "favorites" (ANC level from 0/Ambient to 10) that can be toggled with a double tap on the left bud. Someone needs to wake-up at Bose and make one of the "levels" off ! In the meantime it will be impossible to use these on a bike and likely while running (will try later) or even while walking in the wind. Oh and an option to pause music when using the 0/Ambient level would be convenient too.

The case is...the bulkiest I have ever seen I think and it's "boxy" too, at least the Echo Buds case is flatter. Also I'm not a fan of the button to unlock it. I can see how it could help in the rare case where you drop it but the rest of the time it's a pain to open as you have to push the button right in.

mixolyd said:
What is the best sounding TWS under $100 or so with physical buttons, none of this touch malarkey?

On the other hand I’ve realised that I hate this feeling of having two little computers hanging off my ears, just waiting for any stray touch to react unpredictably. I’m longing for the old simplicity of physical buttons I knew from the Tranyas.
Click to expand...

Lypertek tevi would be a good choice.

Pulled the trigger on the discount yesterday.

mixolyd said:
What is the best sounding TWS under $100 or so with physical buttons, none of this touch malarkey?

On the other hand I’ve realised that I hate this feeling of having two little computers hanging off my ears, just waiting for any stray touch to react unpredictably. I’m longing for the old simplicity of physical buttons I knew from the Tranyas.
Click to expand...

Hiss kinda sounds like monitor mode was on TBH.

Which brings me to another wierd quirk with the T1XS: Monitor doesn't even work when you're listening to a non-music steam (like games or whatnot).

Or maybe it's "not working" coz I have "Game Mode" on (which literally knocks 100ms-ish off the already good base latency).

(Upon further testing nahhhh Monitor Mode is working fine, even with "Game Mode" on. It's just that MonMode doesn't actually stop or reduce the volume of the stream being played be it music or anything so the "passthrough" gets covered over with sound unless you pull volume down. So yeah false alarm for the most part)

It's kinda funny that the side switching and "True" wireless-ness of the non-Qualcomm T1XS is actually "BETTER" (as in, truly seamless) than how it works with a TWS+ set (my COAs - and yes I have a Snap 845 with TWS+ enabled). Whatever chipset they're using, it's pretty good at least in that department.

And of course in terms of latency, which it smokes the L2P and the COA at, even with base settings without "Game Mode" on.

Plus, they actually go pretty snug in, which might be both a pro and a con. For one thing passive NC is stellar but the "snug-thud" thing is pretty real lol (not to mention having to tweak it around to make sure my Sony hybrids are not actually blocking sound).

For pure listening joy the L2Ps still take the cake in my mind, even if the T1XSes are proving to be a pretty convenient pair to use day-to-day (small, monitor-mode, relatively good SQ, less finicky truly seamless side switching - with wear-detect off that is).

I do wish they would have stuck a spring into the lid of the T1XS case to make it pop up and stay open. Sometimes it's almost a chore to have to hold the lid open to extract the buds out (and sometimes you get unlucky, and one bud gets caught on the top of the lid as it drops down and is almost thrown out of your hands onto the ground

As a side note, I think you can tune down the touch sensitivity on the T1XS through the app if it's bothering you? Not sure how much that would help however.
Last edited: Oct 6, 2020

New TWS by Grado. No real technical info though:

What more technical info do you need?

I feel like they are all more or less the same now. There is only so much they can do with the current crop of Qualcomm chips
iPhone XS - Liberty 2 Pro - V-Moda M-100 - Earsonic SM3V2 - Head-Direct RE0

What more technical info do you need?
Click to expand...

Number and type of drivers? ANC? etc (unless that was sarcasm lol)...

Damn, i just bought the T1xs on amazon, thiking it was the Pro. oh well. They seems to get some pretty high marks, so i'm still looking forward to trying they out after my HUGE Tranya M10 disappointment.
You must log in or register to reply here.