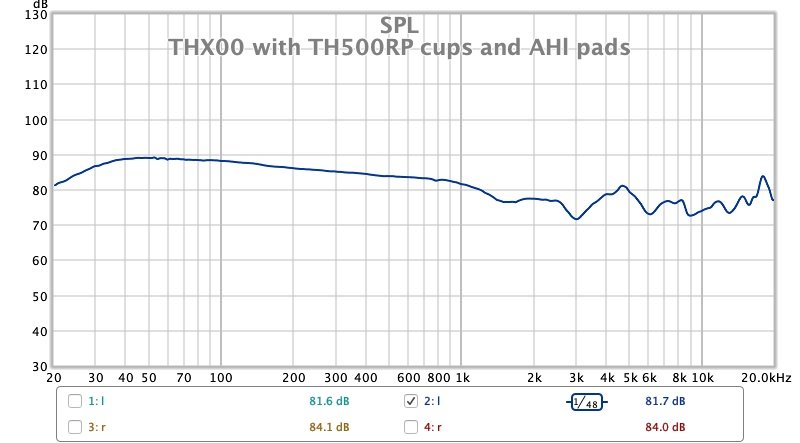 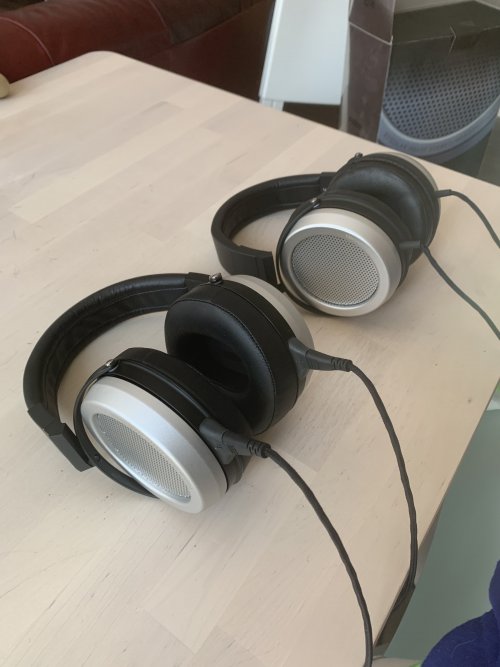 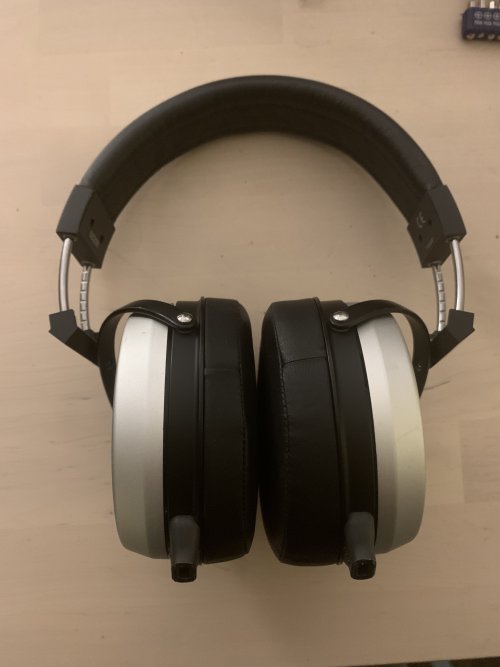 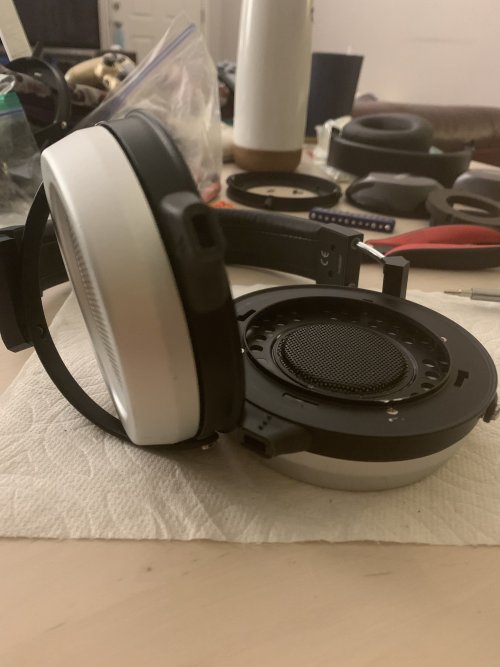 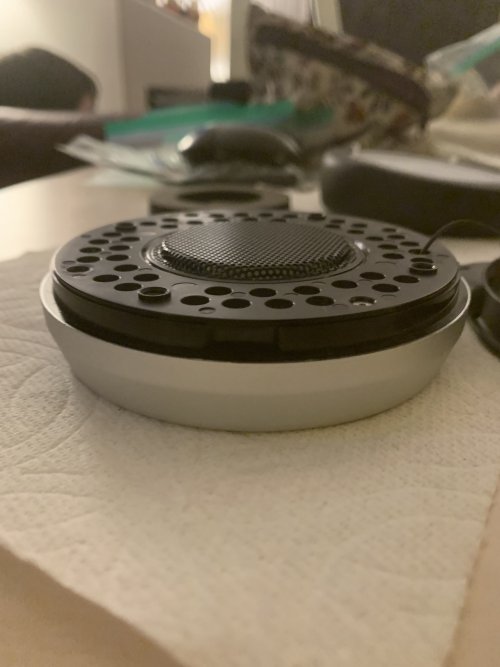 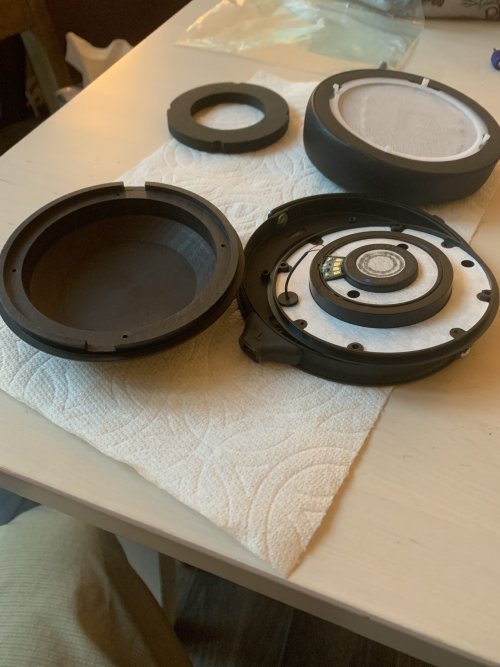 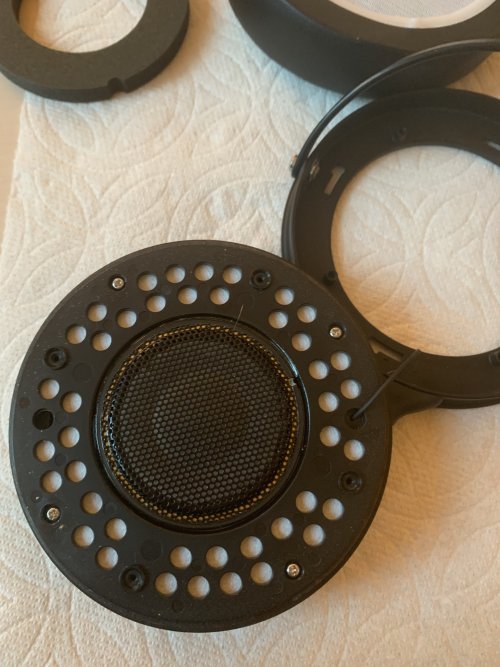 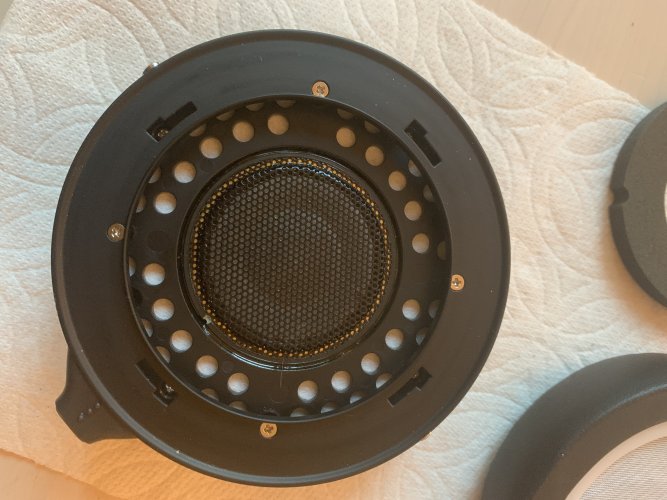 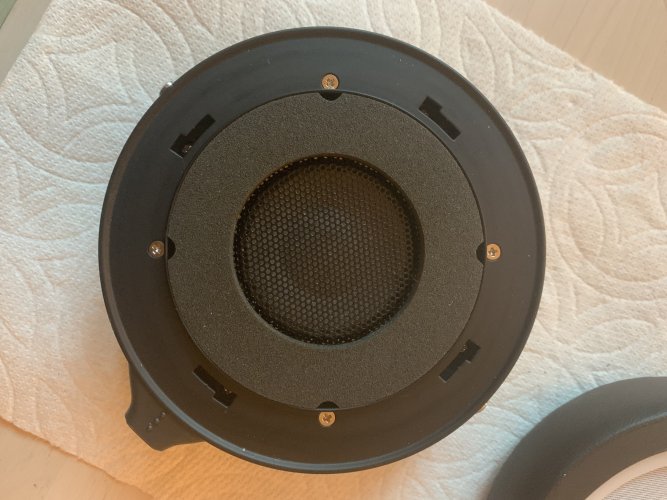 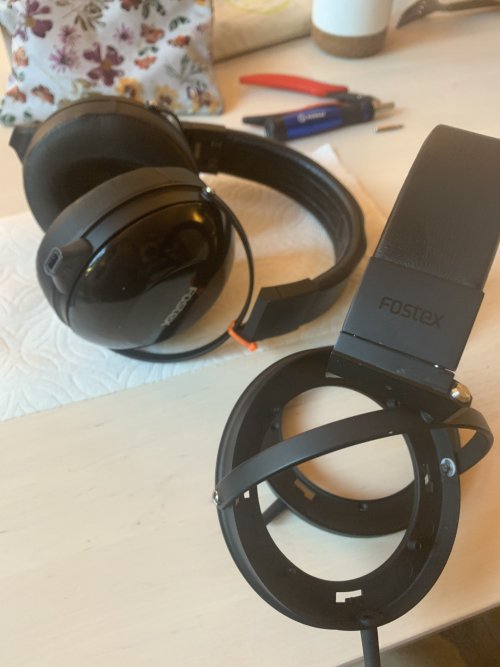 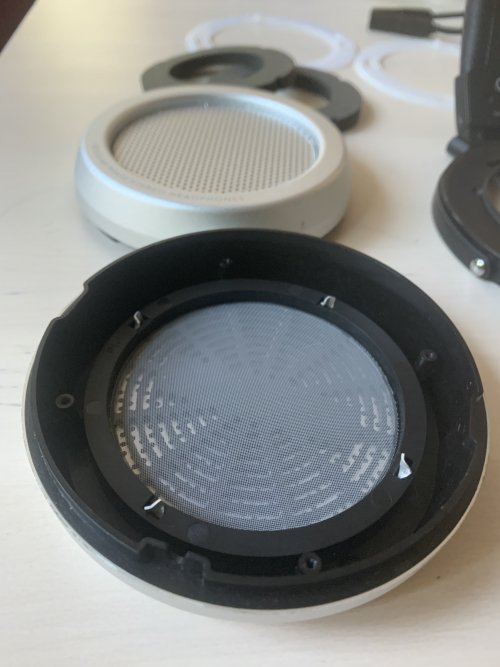 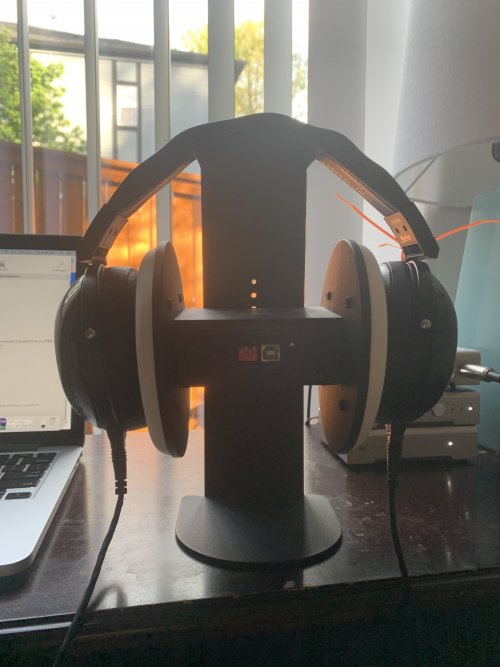 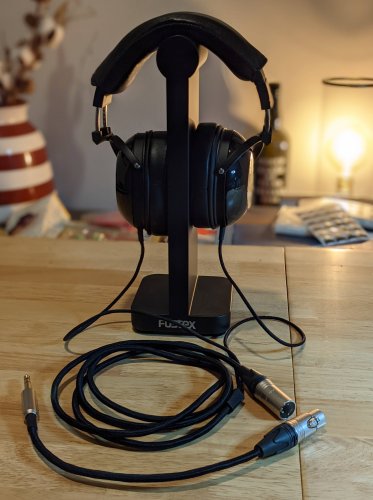 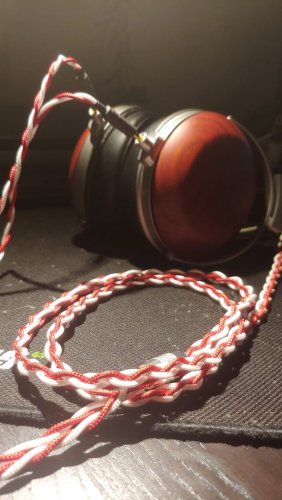 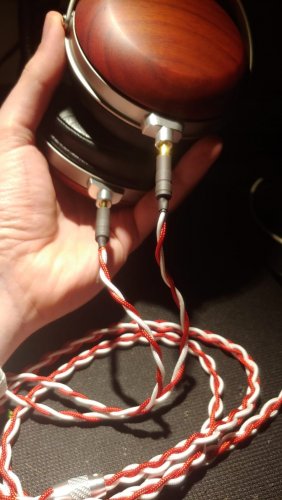 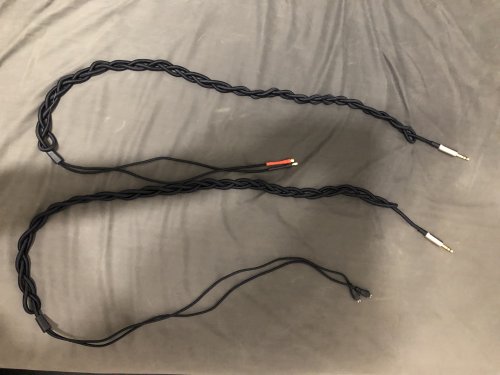 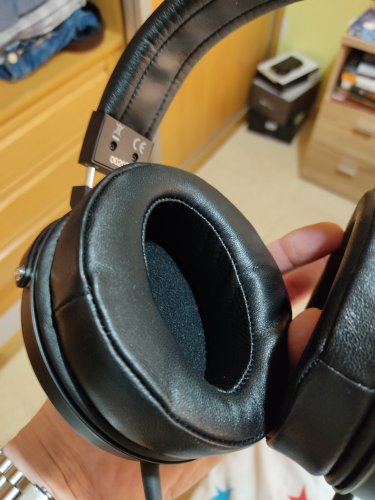 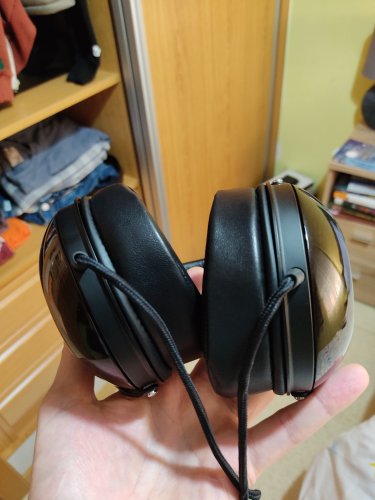 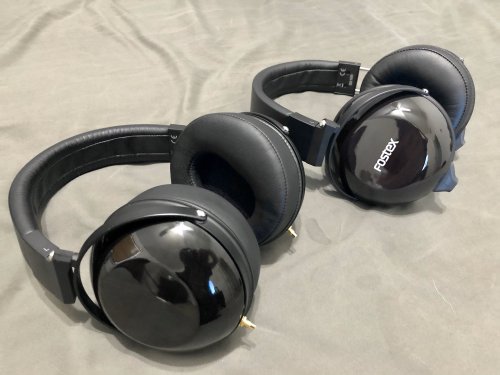 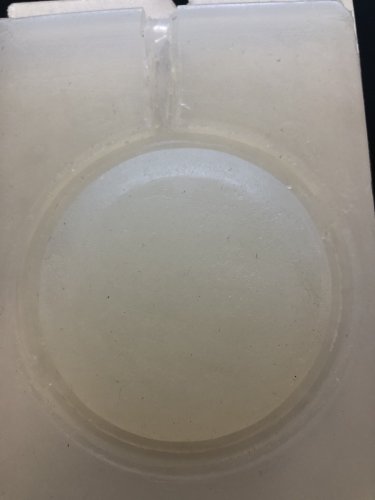 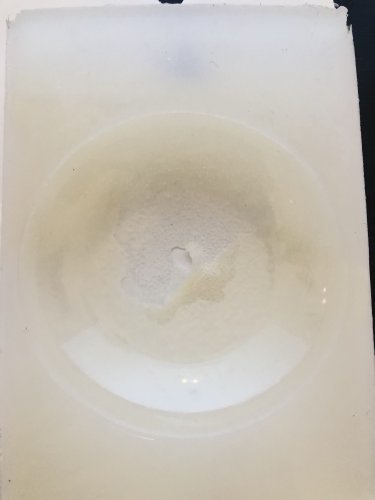 You are using an out of date browser. It may not display this or other websites correctly.
You should upgrade or use an alternative browser.
Fostex x Massdrop TH-X00 Review

Last year we worked with the community and Fostex to develop the successor to the D5000, at a comparable price. This resulted in the Fostex TH-X00 Mahogany and a great success. During the course of that development, we were able to audition and measure a variety of woods, each produced a different sound signature. The recent TH-X00 Purpleheart we launched has a slightly more “fun” sound, offering a bit more bass and treble compared to the original Mahogany.

During our discussions with Fostex, and in addition to the dense Purpleheart wood, there was one more type of wood that really stood out due to physical properties.  That wood has now been developed in the TH-X00 and we are very happy to announce...

The new Fostex TH-X00 Ebony will be available this Friday, July 15th.

Why Ebony?  The density and rigidity of headphone driver housings have an impact on the sound. Headphone modders know this and add different materials to the inside of headphone cups to increase these properties, thereby affecting the tuning and performance of the headphone. Ebony is prized for its hardness and density as well as its beauty, so it was high on our list during discussions with Fostex to create a couple of additional TH-X00 wood editions.

Why did it take so long to release?  Trying to source Ebony with the density that we were looking for led Fostex through a number of different suppliers and samples until the right wood was found.

Physical Differences
Ebony is so dense, there is an obvious increase to cup weight.  There is some natural variance between species of the same wood and different samples, but for comparison…our quick measurements found single cups to weigh:

Ebony cuts with a smoother unfinished surface texture. Inside the cups (behind the driver) there is a progression in rougher to smoother surface texture going from Mahogany to Purpleheart to Ebony.

Sound Differences
We’ll let others compare and review with subjective impressions, but the measurements that we have show the Ebony TH-X00 to have the flattest frequency response so far.

Bass - Ebony has the deepest bass extension of any TH-X00 editions.

Mids - Where the Mahogany & Purpleheart lose some steam in the 3-4kHz region, Ebony maintains a smoother descent. Mids are more present without harsh transitions.

Treble - Where the original TH-X00 has a peak at 9kHz, Ebony (and Purpleheart to a degree) reduces that area and chance of harshness while leaving the 10kHz+ sparkle.

Important News
With this installment of the series and refinement of the original version, it is a fitting time to announce Ebony as the last wood we plan on developing for the TH-X00 platform. Nope, we’re not going to release 50 different wood varieties of the TH-X00. (We have other categories of headphones to work on for you.

Please Note
Due to the difficulty of sourcing properly seasoned Ebony we are unsure if we will be able to produce more than 2,000 units of this edition.

Sneak Peek
I’ll be walking around with one of only two Ebony prototypes this Saturday at the July 16th Head-Fi Wikia Meet….please stop me for a look and a listen!

@FaezFarhan, yes we have both models here. To my ears, the Purpleheart's increased richness in the bass and mids is more noticeable than any lift in treble, so I'm hesitant to describe its sound as V-shaped. Personally, I prefer the original mahogany TH-X00 to the Purpleheart we have here.
Click to expand...

Danggggggggggggg that ebony though. It's making me regret joining the Purpleheart drop

Looks damn nice ! I really hope they start selling the cups only at some point ... I would be interesting to swap my mahogany ones but not if I need to re-buy the phones for it

thefitz said:
Hopefully they allow PH purchasers to upgrade to ebony like they did for mahogany.
Click to expand...

"Music doesn't lie. If there is something to be changed in this world, then it can only happen through music." ~Jimi Hendrix​

Seems to me the excess bass and richness makes the purpleheart ideal for pad swapping and maybe Lawton mods, which apparently reduce some of the bass and richnes/fun of the stock sound.

urbanjanitor said:
Seems to me the excess bass and richness makes the purpleheart ideal for pad swapping and maybe Lawton mods, which apparently reduce some of the bass and richnes/fun of the stock sound.
Click to expand...

change is good said:
Doesn't look like it.
Get ready for a pitchfork mob

Ebony is a bass monster

and that depth of warmth as well in the tonal body.
Email: whitigir@yahoo.com
Now selling Cayin A02
Interconnect for Sale

I like the variations being offered. It gives each its own unique feeling especially since they are all priced differently.
Twitch | YouTube
TH-X00 | HE-400i | XBA-H3
NFB-15 | NWZ-A17

"Music doesn't lie. If there is something to be changed in this world, then it can only happen through music." ~Jimi Hendrix​

Looks very nice, and I hope at one point I get to try them. I like that they are straight up telling us no more variations, and limited quantity due to sourcing. Really hope someone at some point sells just the cups. I would buy all 3 cups.

Honestly, I'll be pretty disappointed if these headphones have differences in tuning.  Not because one sounds "better" than another necessarily, because everyone's tastes differ.  However I bought a purpleheart thinking that the only difference between it and the original were the cups.  I based my purchase off of thinking that it would sound almost identical to the Mahogany, with the only differences being the wood density.  If they are tuned differently, I think that's pretty dishonest of MD not making that clear.  As a buyer, I like knowing what I'm buying, especially since no one had a purpleheart to review or test really when the drop was open.  If the tuning differences are true, I'll certainly have to think twice about buying another Massdrop exclusive and trusting the description shown there.  Also, the differences in Jude's measurements above seem far greater than those in Will's description of the purplehearts.
You must log in or register to reply here.