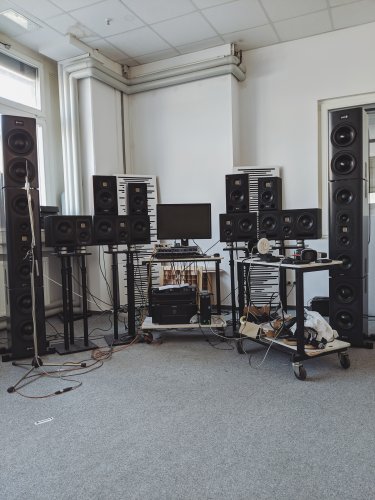 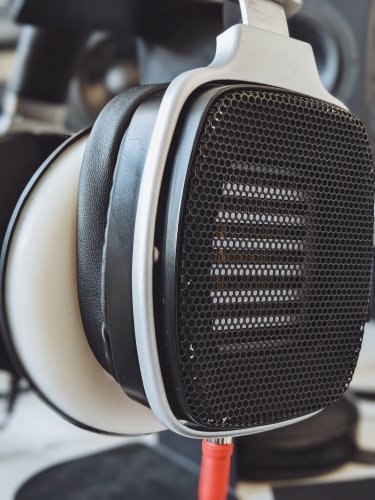 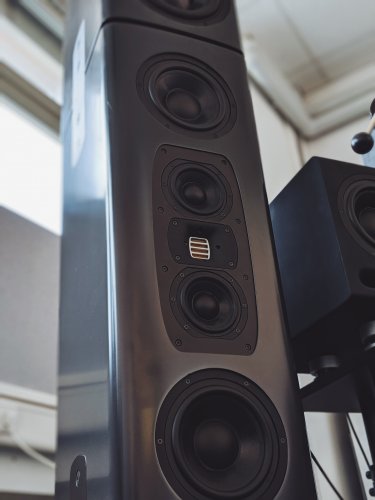 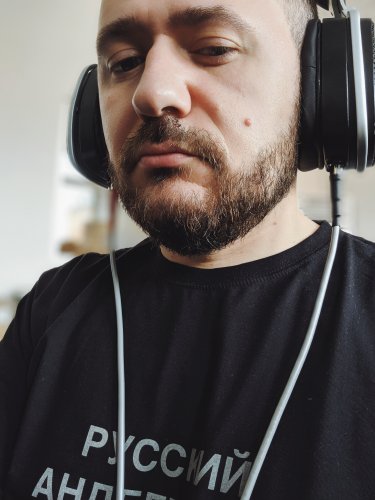 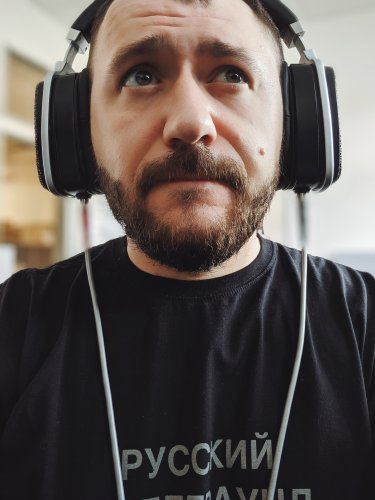 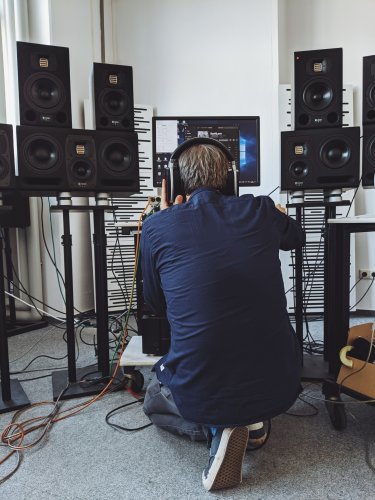 I had last week the honor and pleasure to get an exclusive preview of the upcoming HEDD Heinz Electrodynamic Designs Heddphone by one of the company's founders, Dr. Frederic Knop. Disclaimer: I'm not in any way connected to the company or am being paid to post this - I work in music and Freddy is a friend of friends, so I just hit him up about this.

As some of you might know HEDD is a follow-up enterprise to Adam Audio, based in Berlin. They are famous for having perfected the so-called AMT loudspeaker (https://en.wikipedia.org/wiki/Air_Motion_Transformer), which in sits at the core of their speaker technology and their first headphone. I'm not an overly technical person, so I won't go into much detail in this regard, but there's plenty of information online already here: http://www.hedd.audio/en/heddphone/

Whats most amazing about it is that the company develops, manufactures and assembles everything by hand in their HQ in Berlin - the AMT membranes get folded painstakingly by hand in their lab and undergo immediate testing to match their rather high standards.

The unit I spent time with is one of four prototypes they have assembled so far, and even though the headphone itself is going to change a fair amount (especially in regards of headband comfort and weight) the sound is 99% where HEDD wants it to be. So all of the impressions below are based on the prototype and not the final product.

I ran following tracks from Tidal Hifi via an RME Fireface UFX+, which is the setup they have in their lab (you can find the playlist here):

Let me tell you straight away that it's an amazing electronic music headphone. The overall bass is deep and has the weight, slam and punch you'd want - everything is where it should be, present in the amount the artist intended it. I would not say its a basshead headphone, because that wouldn't do it justice - I think that any basshead will throughly enjoy the experience. Even though the underlying technology is a different one, but its similar to Audeze's bass (judging by my own LCD-2). I really enjoyed the upper bass in particular, there's a very faint bass line being plucked in the background of Tim Buckley's song and many headphones fail to reproduce that particular detail.

Mid-range is pleasant, vocals stand out in the mix in a musical way - with some headphones I have the feeling that they sometimes drown out some of the surrounding detail, but that was not the case with the Heddphone. That was especially favorable with metal - I was even able to hear some new detail in YOB's guitarwork that I haven't heard in such way before.

Even though its an open design, it feels more like a half-open headphone due to the construction of the speaker, i.e. there were people talking in the room next to me and I wasn't able to hear them when music was playing. When I wear my Hifiman HE4XX I would have to close the window to drown out street noise, but I can imagine that this would not be the case here. I'm not sure how much this impacts the sound-stage - I would say its not the widest sounding headphone I know, but especially the drums on the Big Brave track felt big and all over the room, just as they were recorded.

One thing I can also say for sure about it - its fast! Most dynamic headphones fail to reproduce the Alva Noto track due to the super fast left/right changes (a revelation I had the first time I have ever heard it on a Stax rig, which made me move away from dynamic headphones personally), but the Heddphone mastered this crucial test better than I expected.

Overall I can say that this is going to be a serious new entry into the high end market, not only because of all the innovation going into the product, but also because of the sound it offers. Its going to be pricey, but I also think that its success will allow HEDD to diversify going forward. So if you're planning to make a serious purchase in the coming months, maybe sit it out until its released - HEDD estimates it'll be another three months or so.

Shoot away if you have any questions! 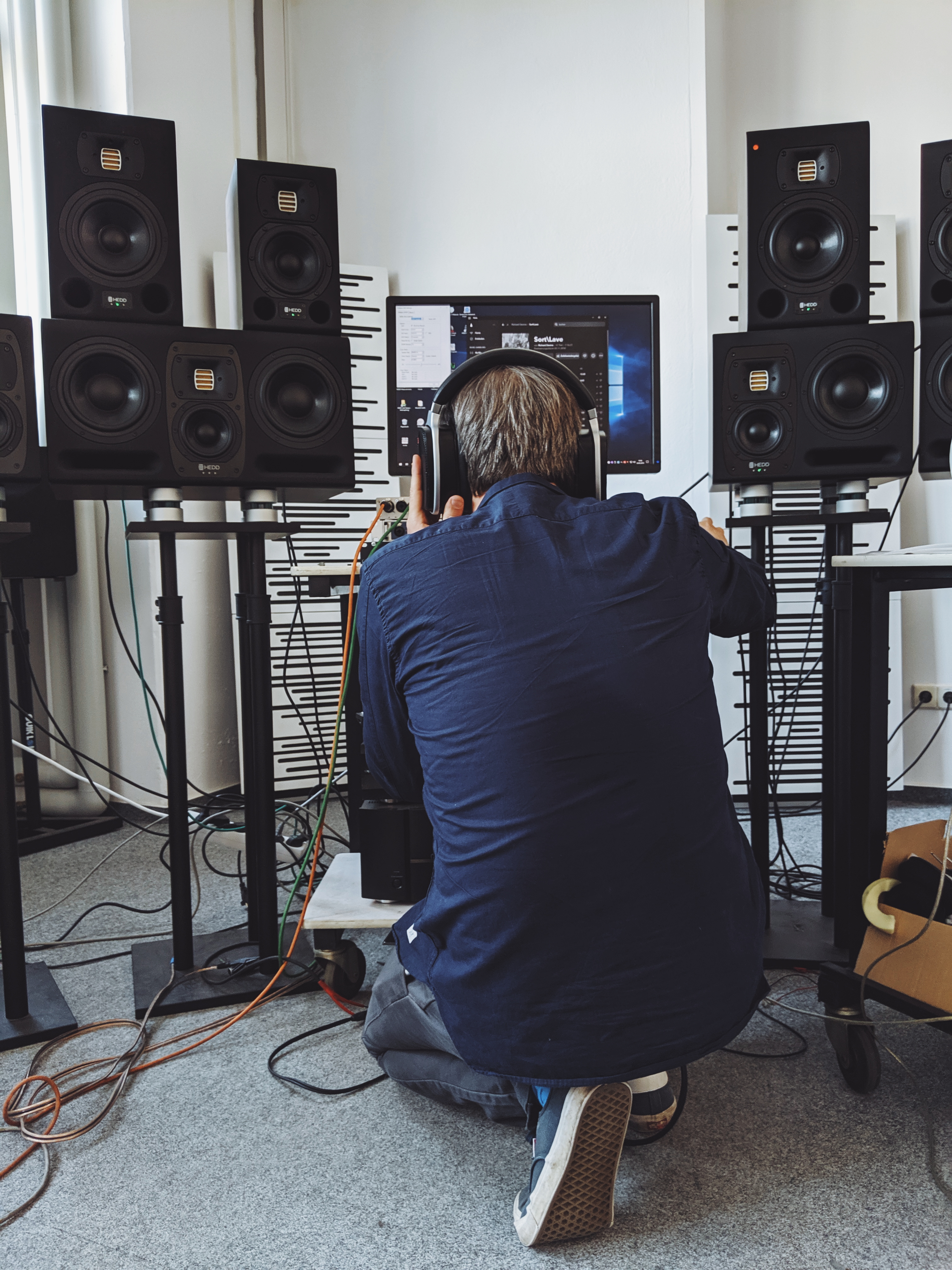 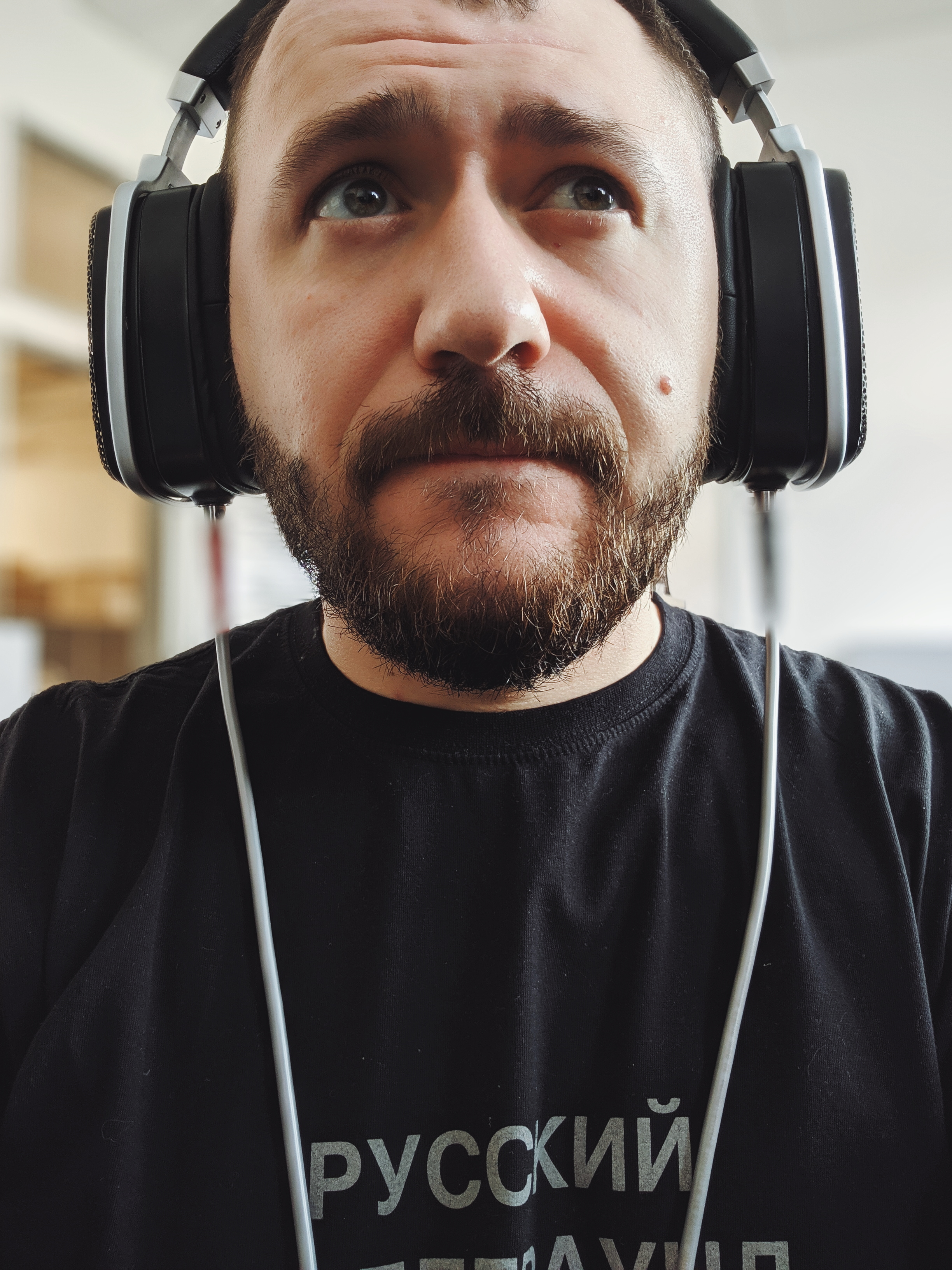 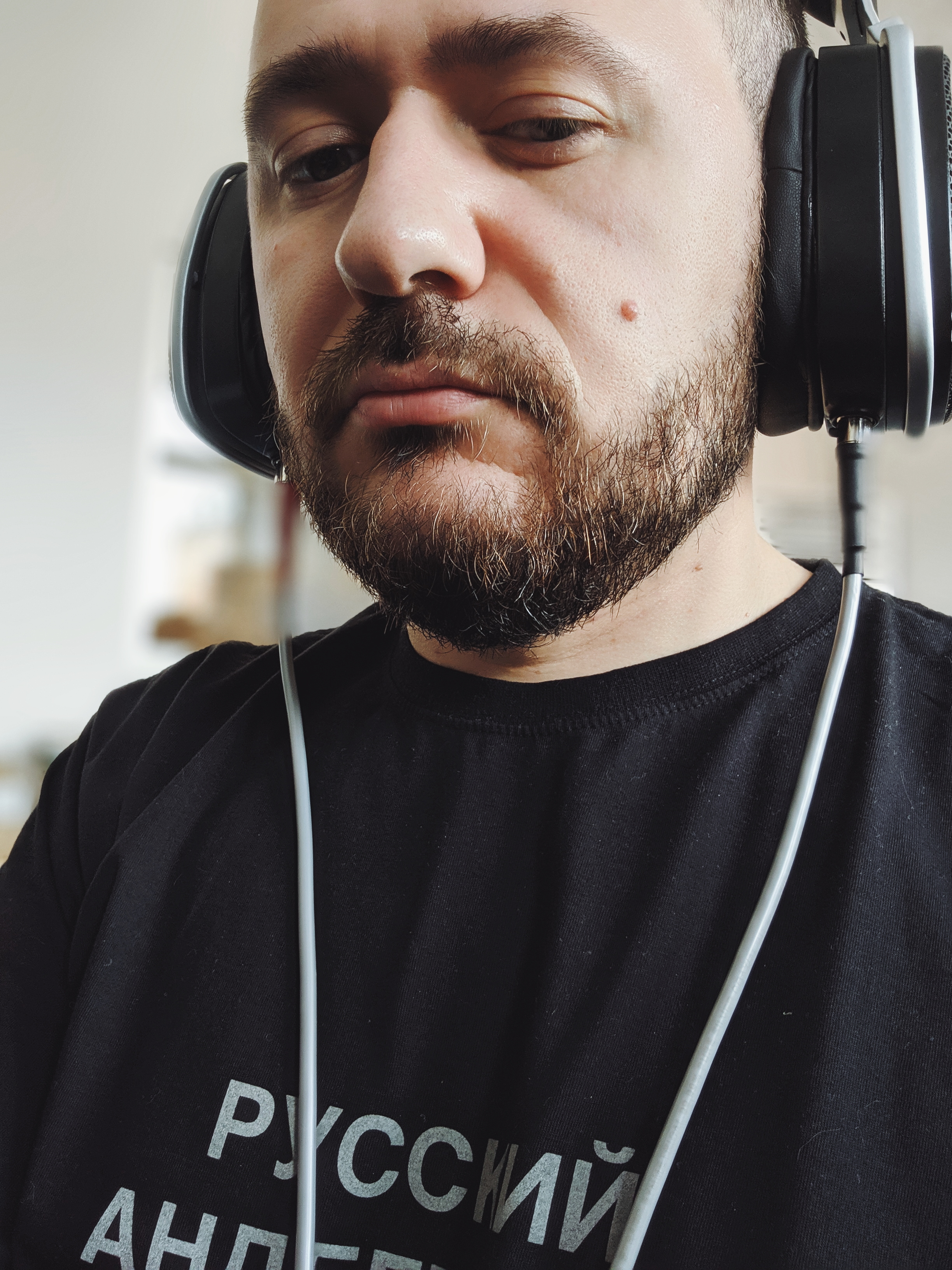 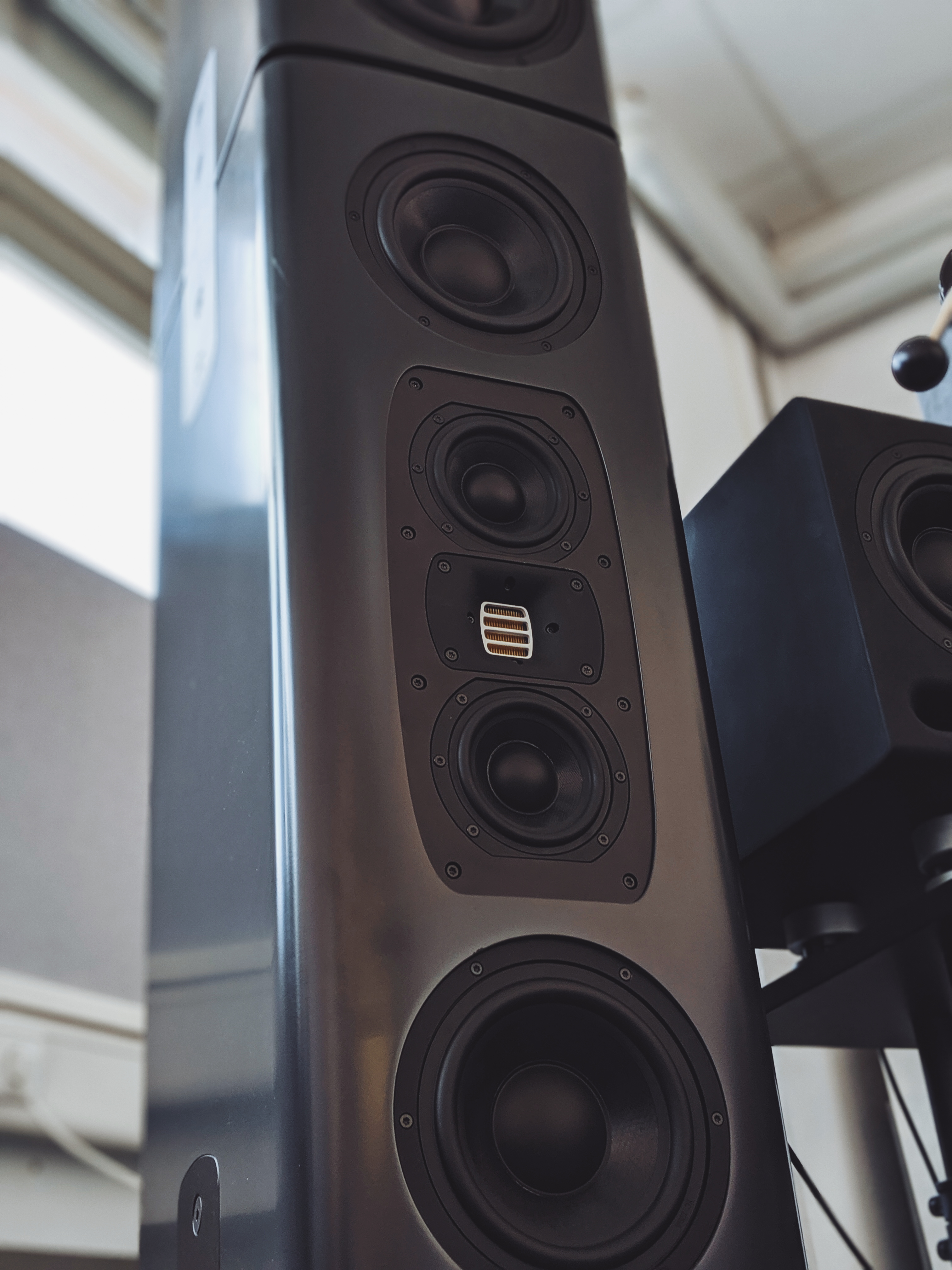 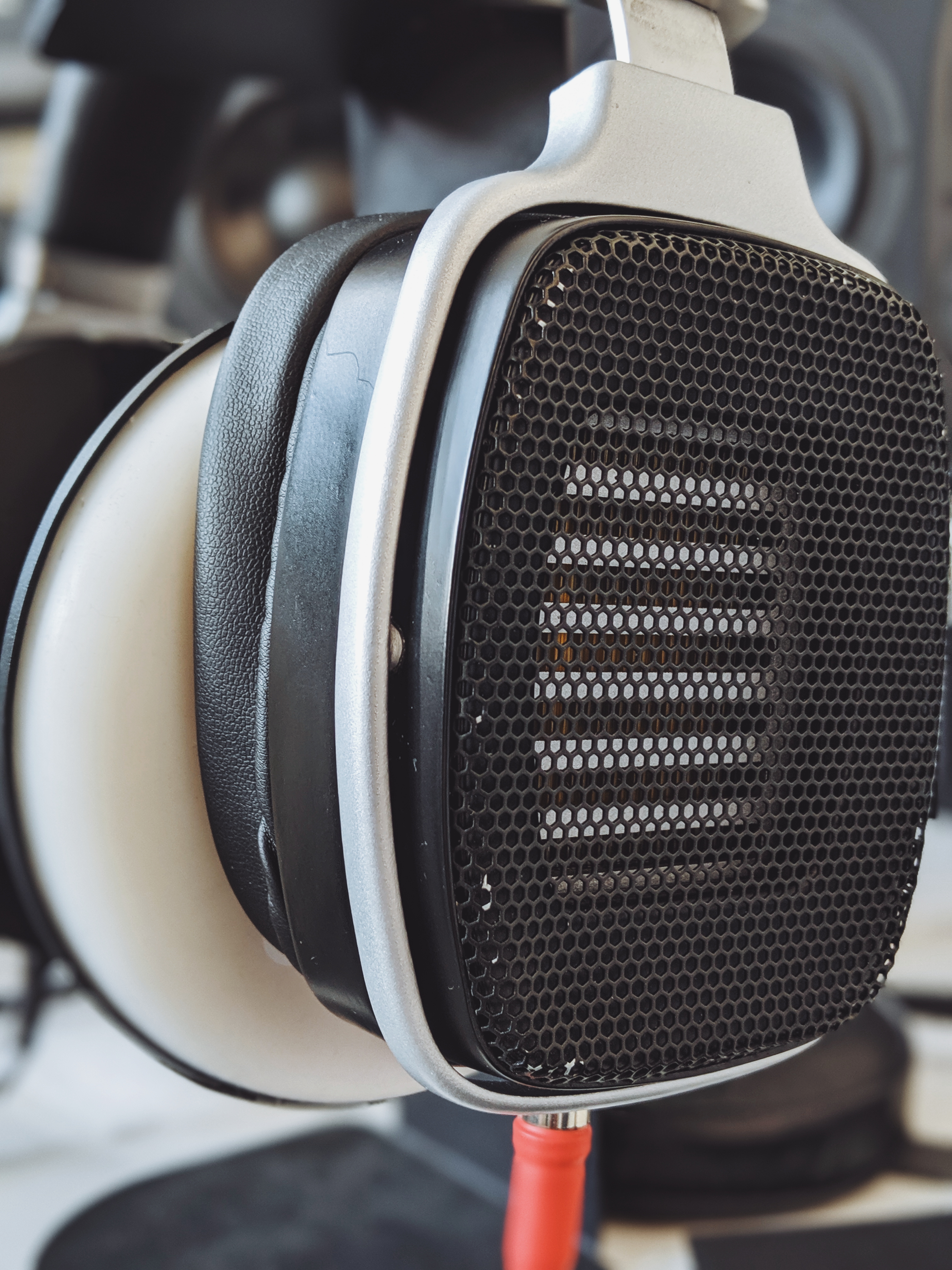 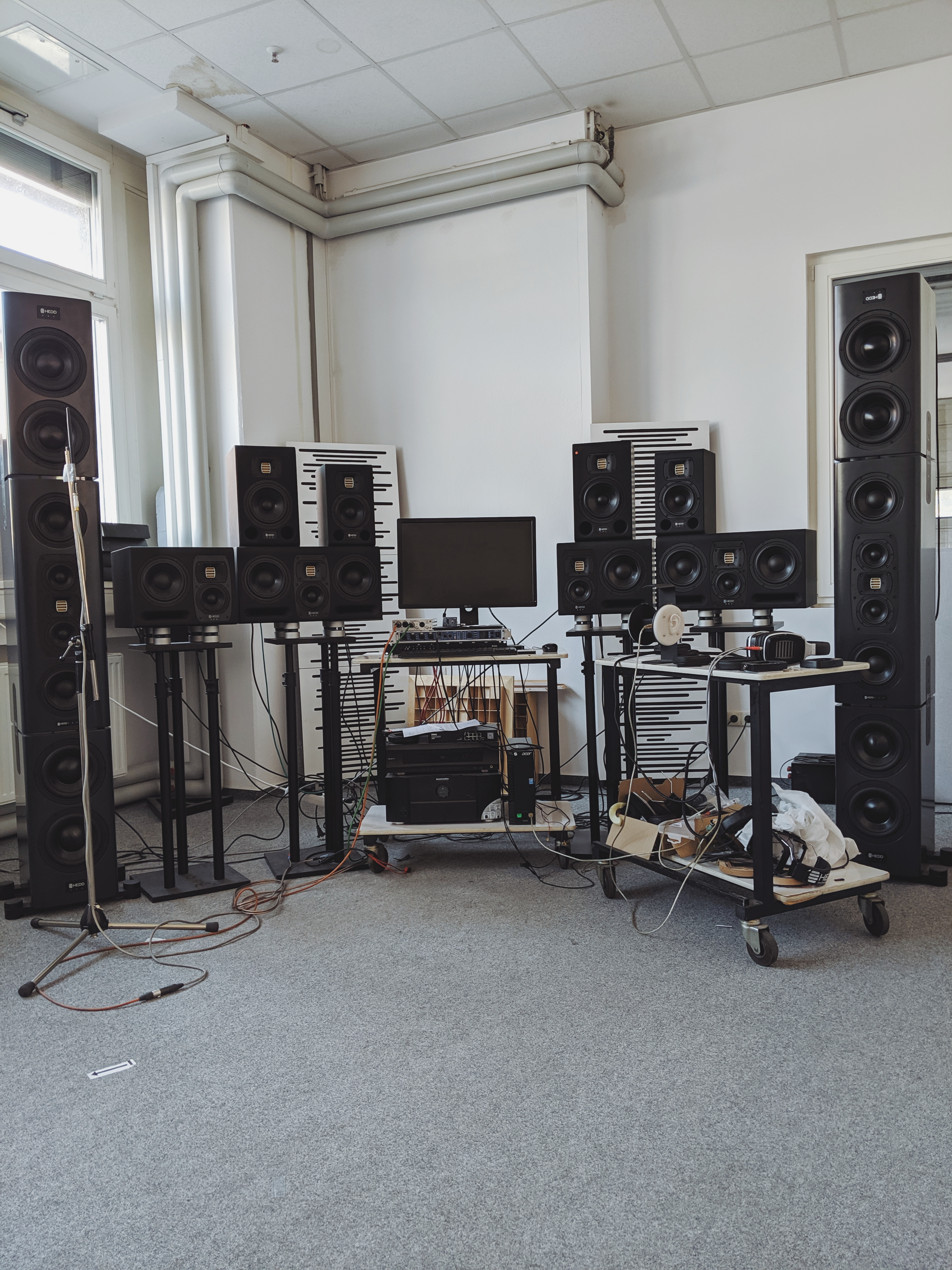 Thanks for your impressions. These are looking like they are going to be pretty sweet!!

For more on the HEDDphone, you can check out the existing thread:

Hi and thanks for the detailed impression , really it was nice to read ,

I am excited for this headphone because it appeared out of the blue from a will respected speaker manufacturer and it add to the high end tier competition ,

From what you say i understand that it has thick bass with forward meaty mids , normal sound stage and amazing details retrieval,

But what about the Imaging , Air , is it Dark or Bright headphone ?

GU1DO said:
Hi and thanks for the detailed impression , really it was nice to read ,

I am excited for this headphone because it appeared out of the blue from a will respected speaker manufacturer and it add to the high end tier competition ,

From what you say i understand that it has thick bass with forward meaty mids , normal sound stage and amazing details retrieval,

But what about the Imaging , Air , is it Dark or Bright headphone ?

Also if you have any thoughts about comfort and weight it would be appreciated.
Click to expand...

Its definitely not overly dark its very well balanced - if I would have to make a decision, its airy and bright.

opiumhum said:
Its definitely not overly dark its very well balanced - if I would have to make a decision, its airy and bright.

As mentioned above the final product will get a completely different headband and weight potentially a few hundred grams less, so I don't want to make a final judgement on that
Click to expand...

You mentioned the speed and the Stax comparison. I wanted to know how you would compare to this to the 007 (assuming you have heard it), which happens to be my favourite Stax.
Share This Post
Reactions: Zoide
post-14985098
Post #7 of 9

What was your impression of the soundstage of the HEDDphone, width and depth?

Is it narrow like the Focal Utopias/Clears with in head presentation or wide and spacious like the Sennheiser HD 800 or Hifiman HE-1000 SE?