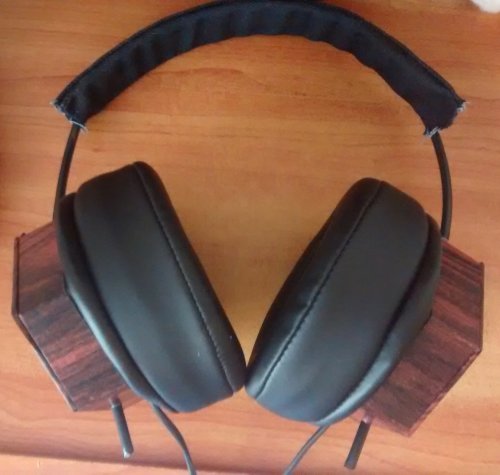 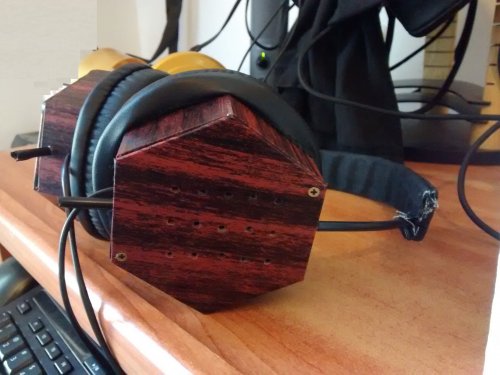 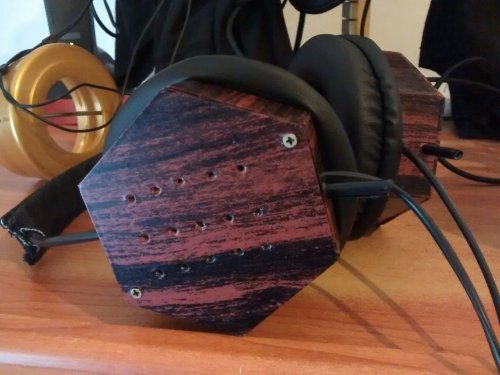 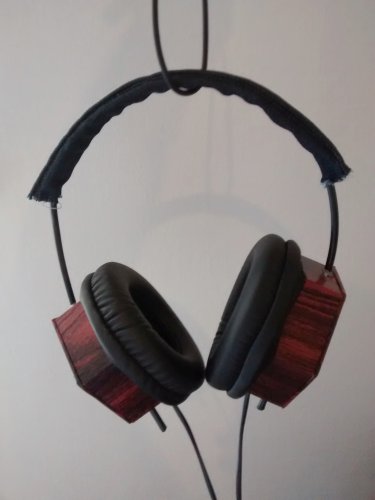 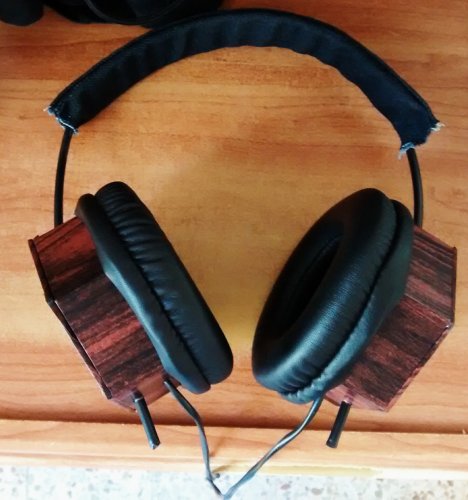 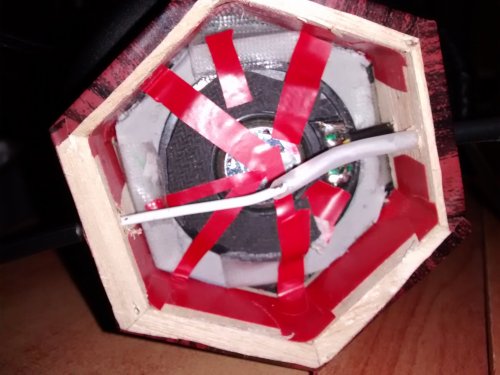 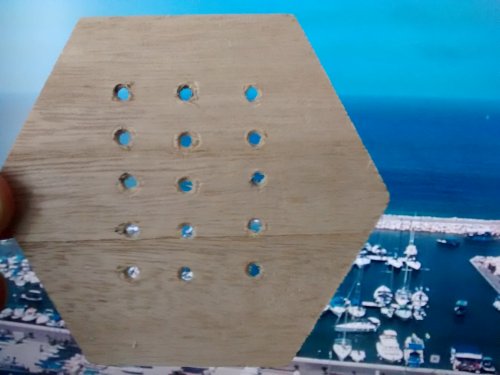 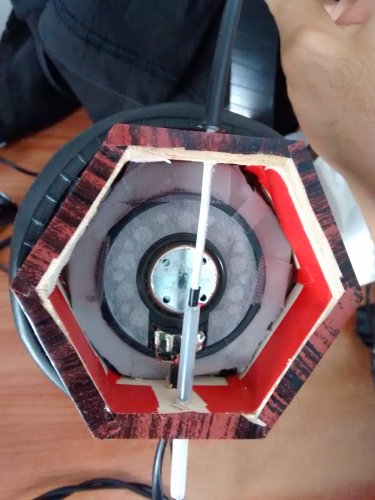 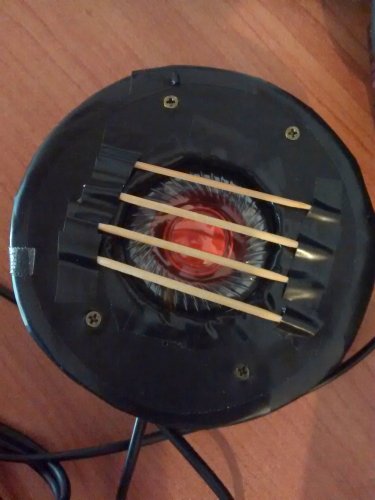 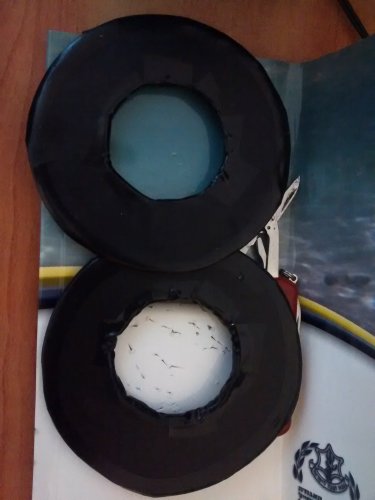 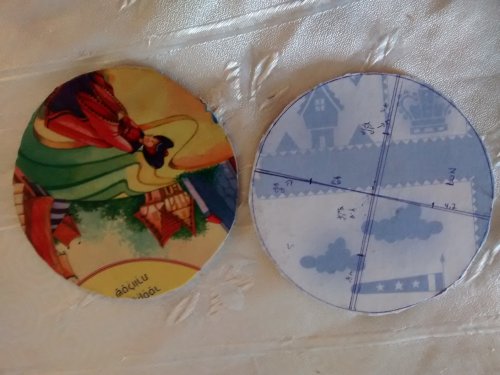 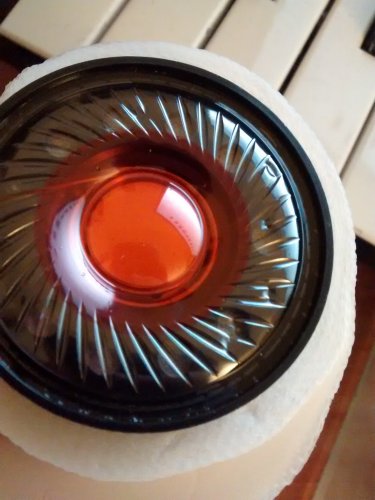 I'm not sure anyone on head-fi cares, but here goes...

I always had this dream to build my own headphones, this project was about experimenting and learning about headphones using cheap drivers and materials.

) *dont worry, i fixed the kinks in the diaphragm. 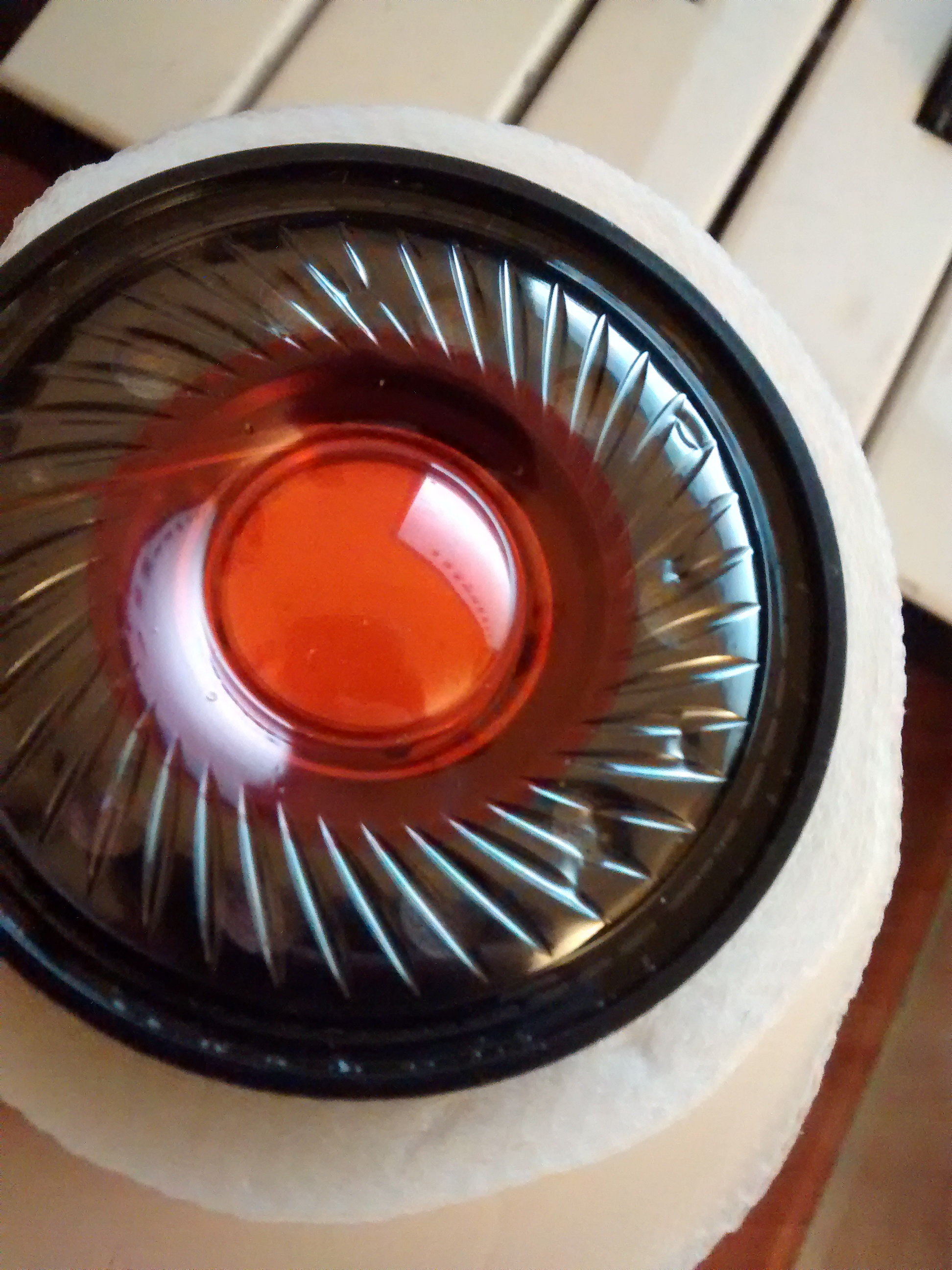 2. Time to find a cup! i used the bottom half of this box i found at a hobby store (2$/Pair).
I wish there was a round one or a square on available as this shape made everything more difficult.

3. Now i needed to create a baffle.
This stage was incredibly difficult because i don't have a Drill with drill bits or any other power tools for the matter.
So i used meat scissors to cut 2 round 95mm pieces from the hardest book cover i had lying around and then i made measurements as to where the driver holes needs to be (measurements took wayyyy longer than i thought 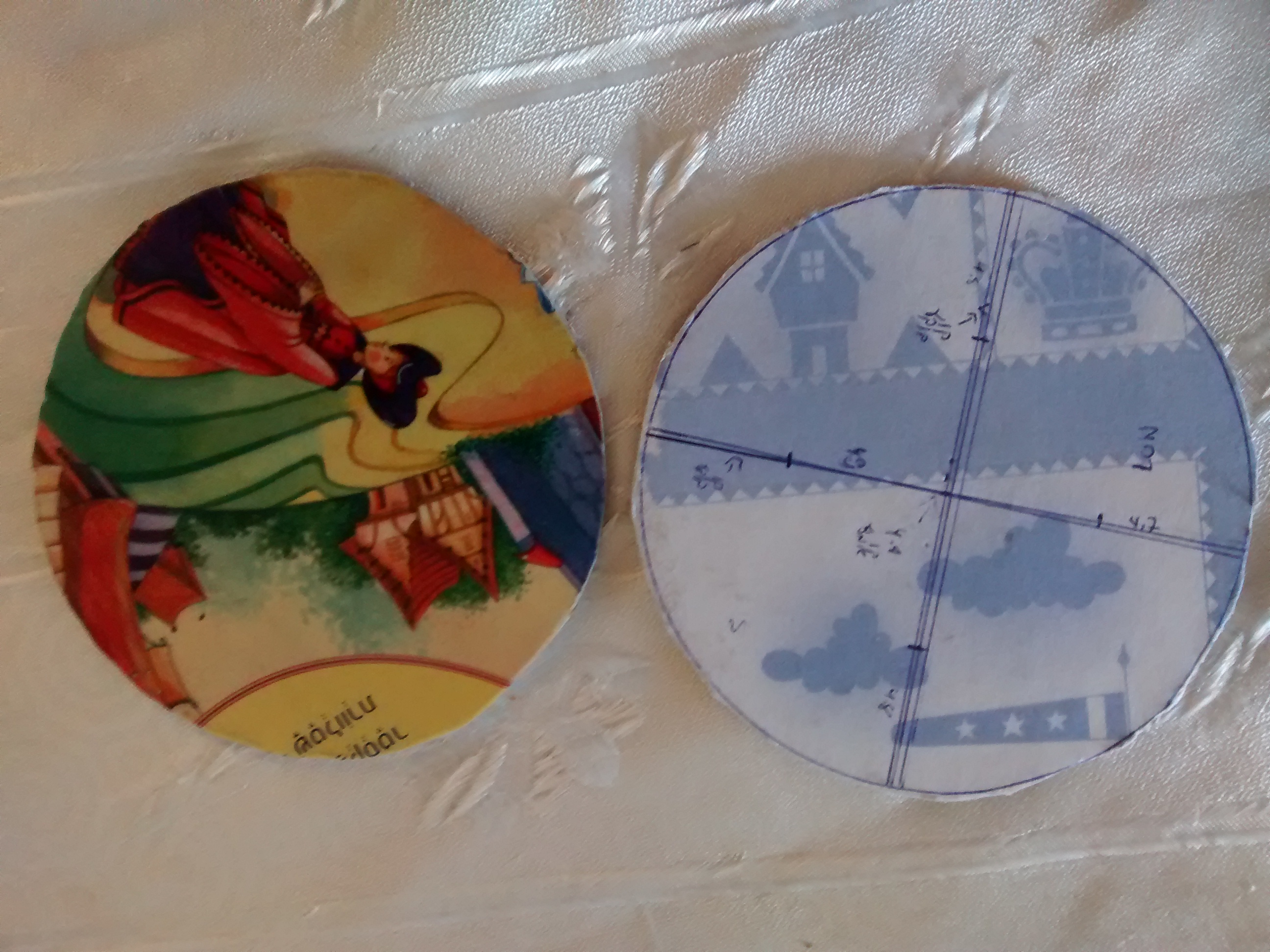 4.
Made the inside holes using a small swiss army knife lol , Then wrapped the baffle with black wallpaper\PVC which made the baffles feel like they are made from actual plastic.
It's not that pretty, but it will get the job done as it's stiff enough and wouldn't crumble. 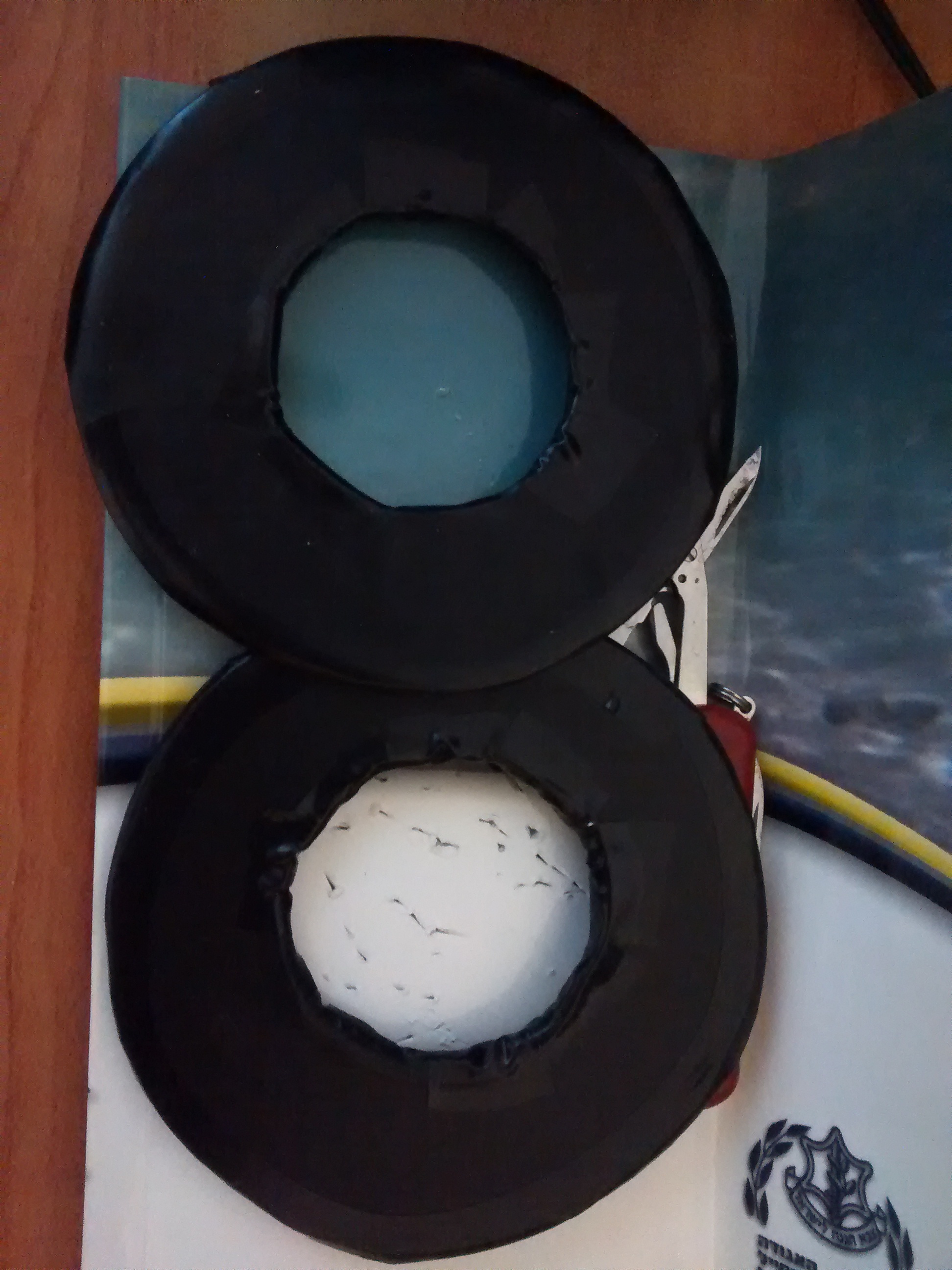 Screws that will attach the baffle to the "cup" are the screws which came with the box' metal lock. 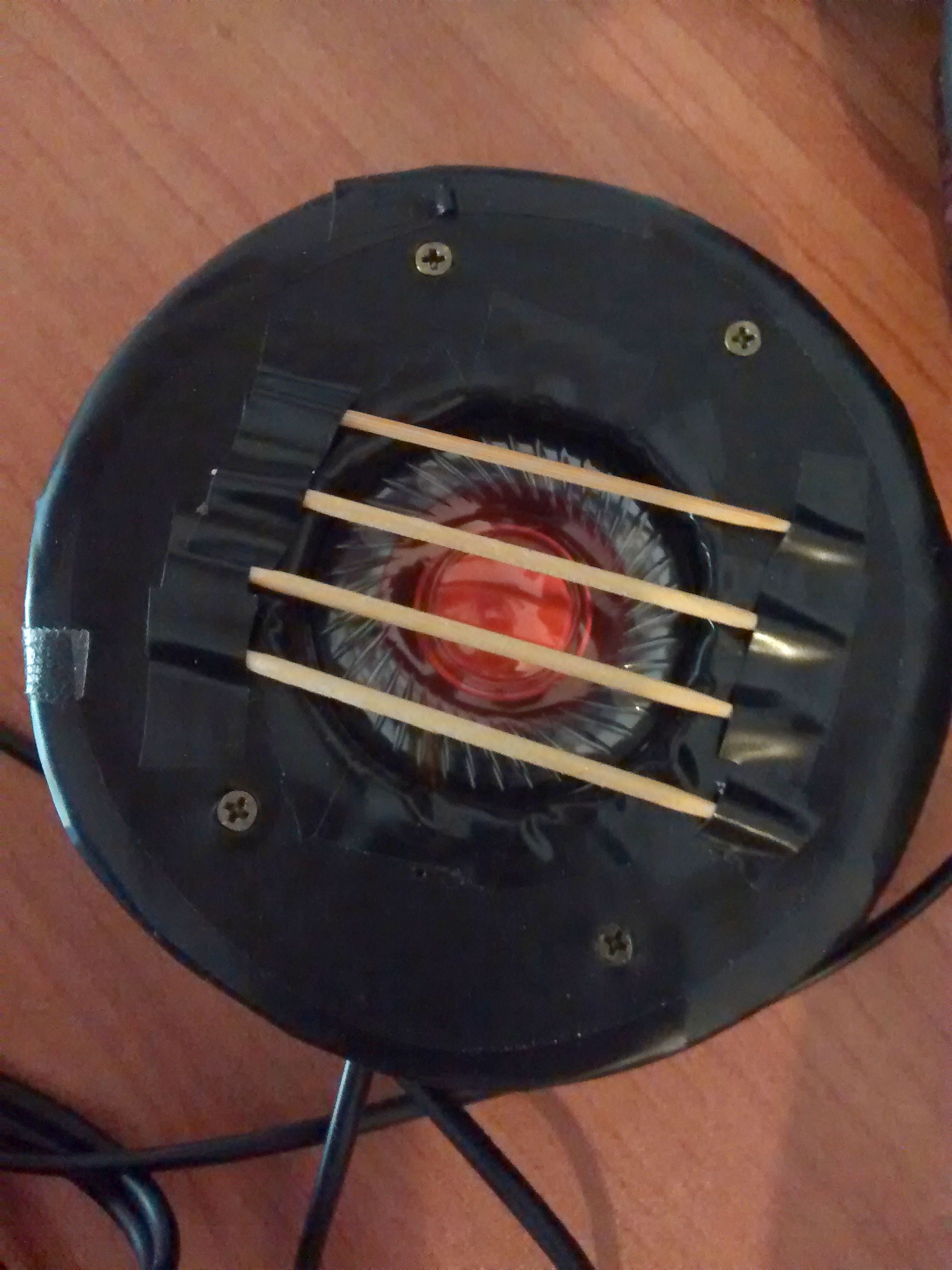 6. Used a white coat hanger to make the headband.

7.
-Wrapped the cup with some red-wood wallpaper. I hate the smell of wood products and i feel this hides the kinks in the wood and is easier to clean.
-I glued and made a 50mm hole inside a very dense foam to keep the driver on the baffle.
-This was my first time trying to use a soldering iron properly. Actually bought my first one! 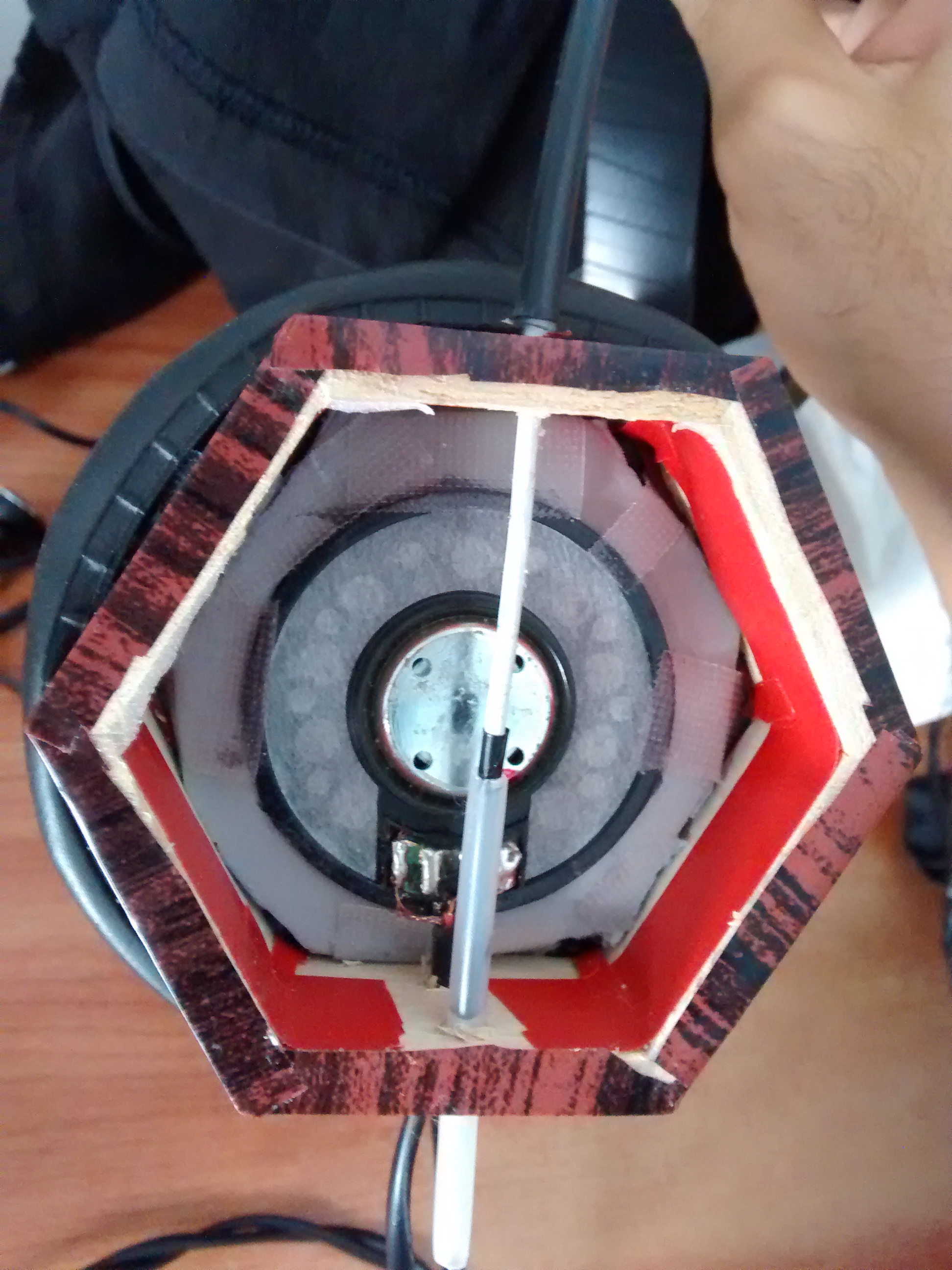 8.
I came to the conclusion these drivers don't sound very good while completely open or closed, so i went for this semi-open design.
This means i had to make some holes at the bottom of the wooden box using a simple electrician screwdriver

Took me like an hour to do both sides lol 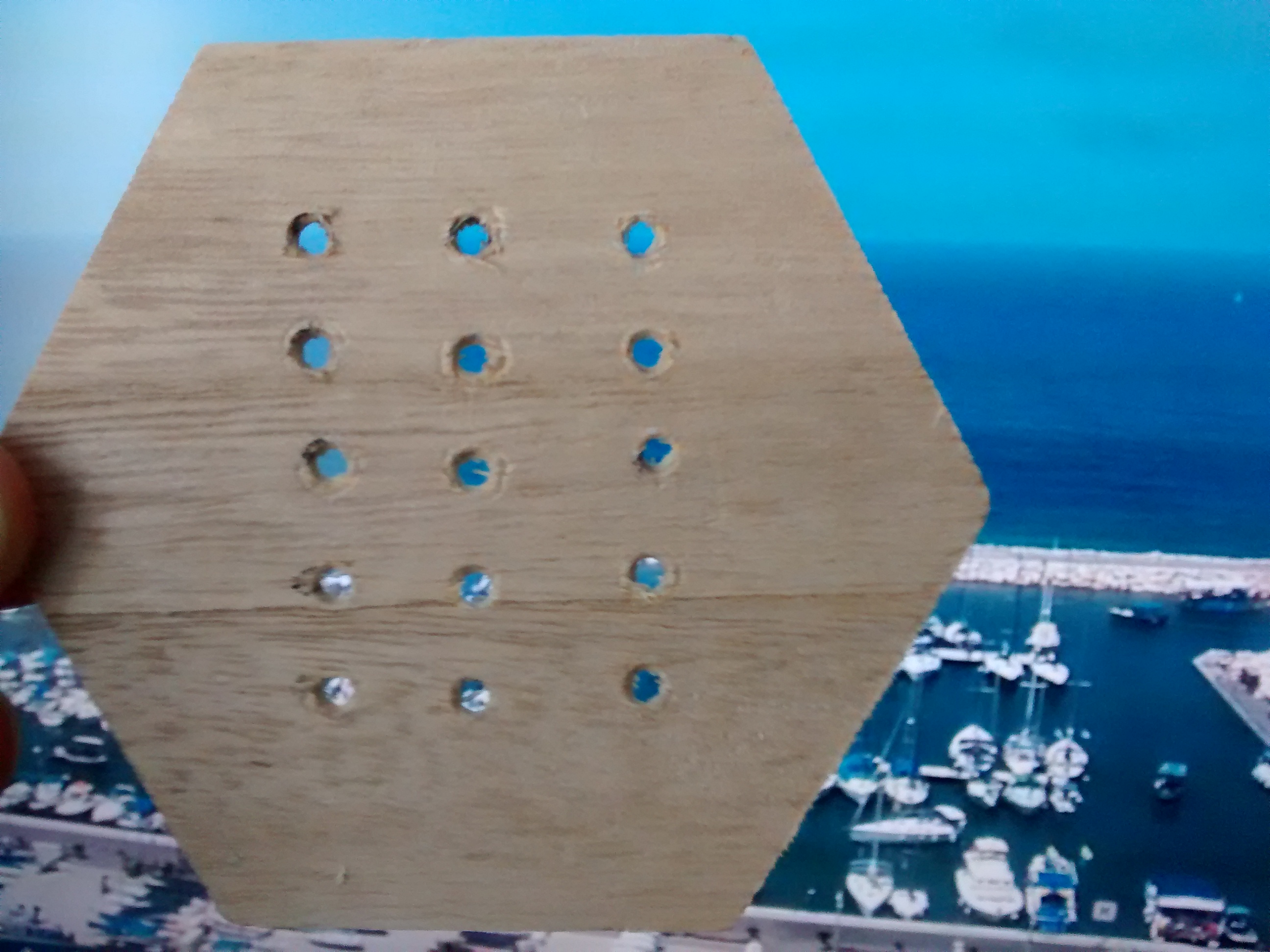 9.
Tinkering with the sound took a heavy toll on my sanity!

These drivers are actually amazing for the price, they can sound similar to Grado SR80 or Sony MA900 with airy mids which can be a pleasure while listening to Acoustic guitar and boring while listening to EDM (because of weak bass) or you can open 2 or 3 tuning holes and so they become BEATS STUDIO 1.0\basshead headphones with nothing interesting aside from that.

One thing that drove me crazy was the seashell effect i was trying to get rid of at all times, as days went on, eliminating this problem became #1 priority.

I ended up settling on opening 1 hole and then covering it up with electric tape and then covering the rest with rubber (used a new mouse pad base i had lying around).
The strong point of these drivers are Bass (even though they don't go down to 30hz) and pleasant treble. Now these headphones are v-shaped, but not on a basshead level and i think i eliminated 95% of the seashell effect. 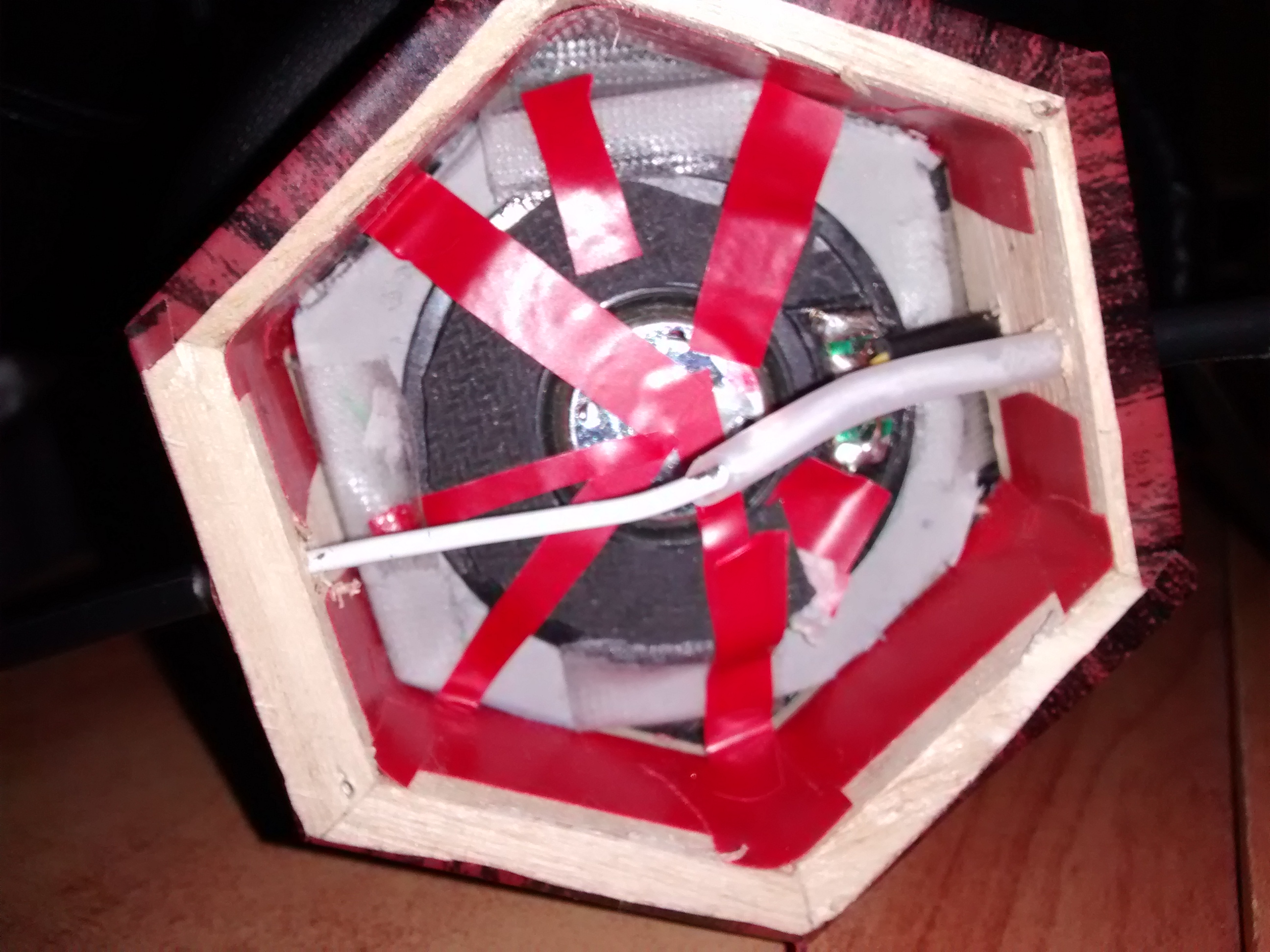 Looks kinda ugly, i could've glued the rubber for a cleaner look, but i wanted to have flexibility in case i wanted to try a different solution in the future

10. FINAL RESULT:
-Covered the coat hanger wire with plastic tubes covered with black pvc tape.
-Took a small piece from new black jeans i had lying around and sew it on the plastic headband i attached on the metal.
-Used a cheap RCA cable i bought from gearbest. I kinda hate this cable because the 3.5mm is too big and can cause connection issues on some jacks. I hope i can buy a better diy cable for cheap in the future. 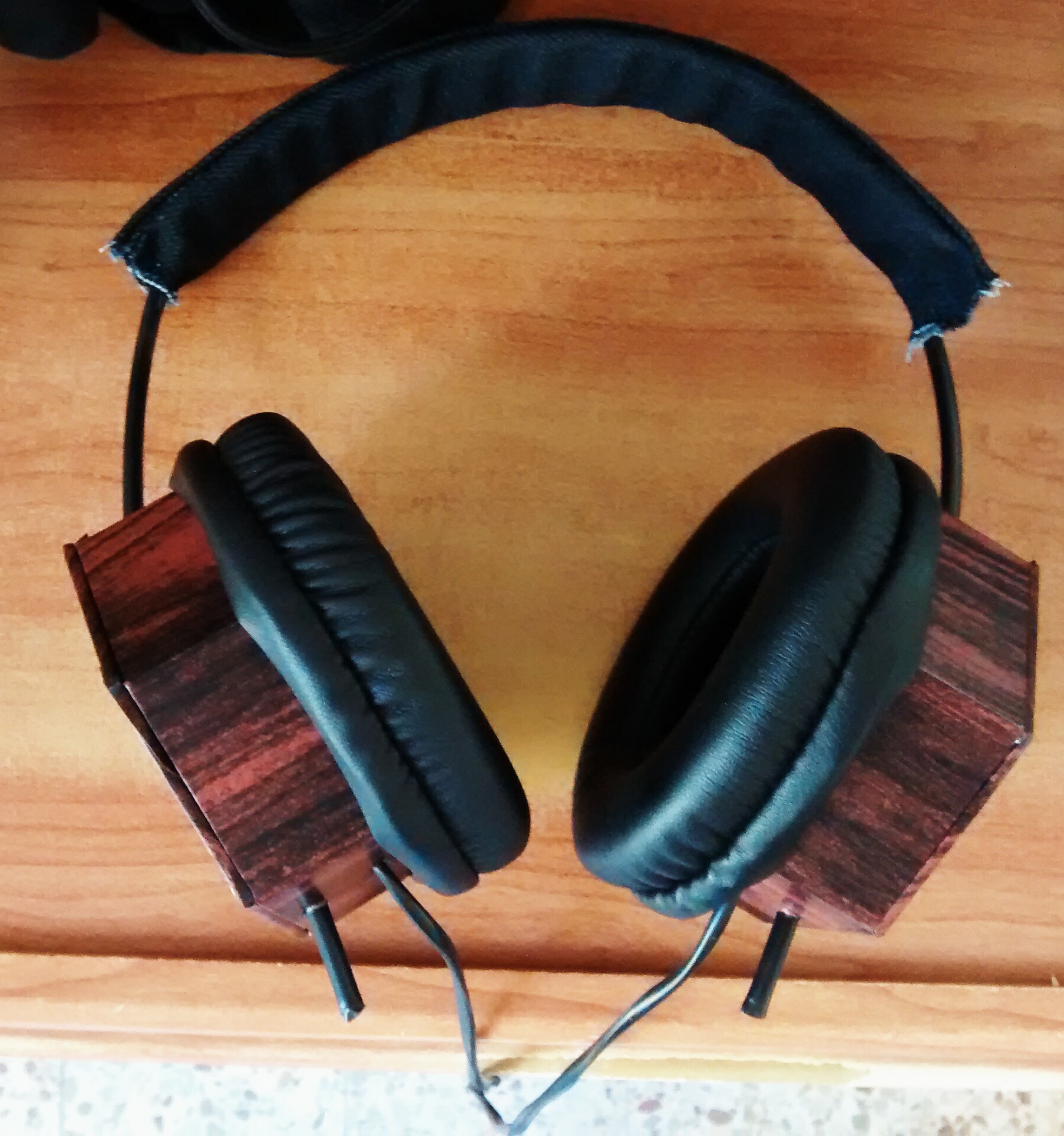 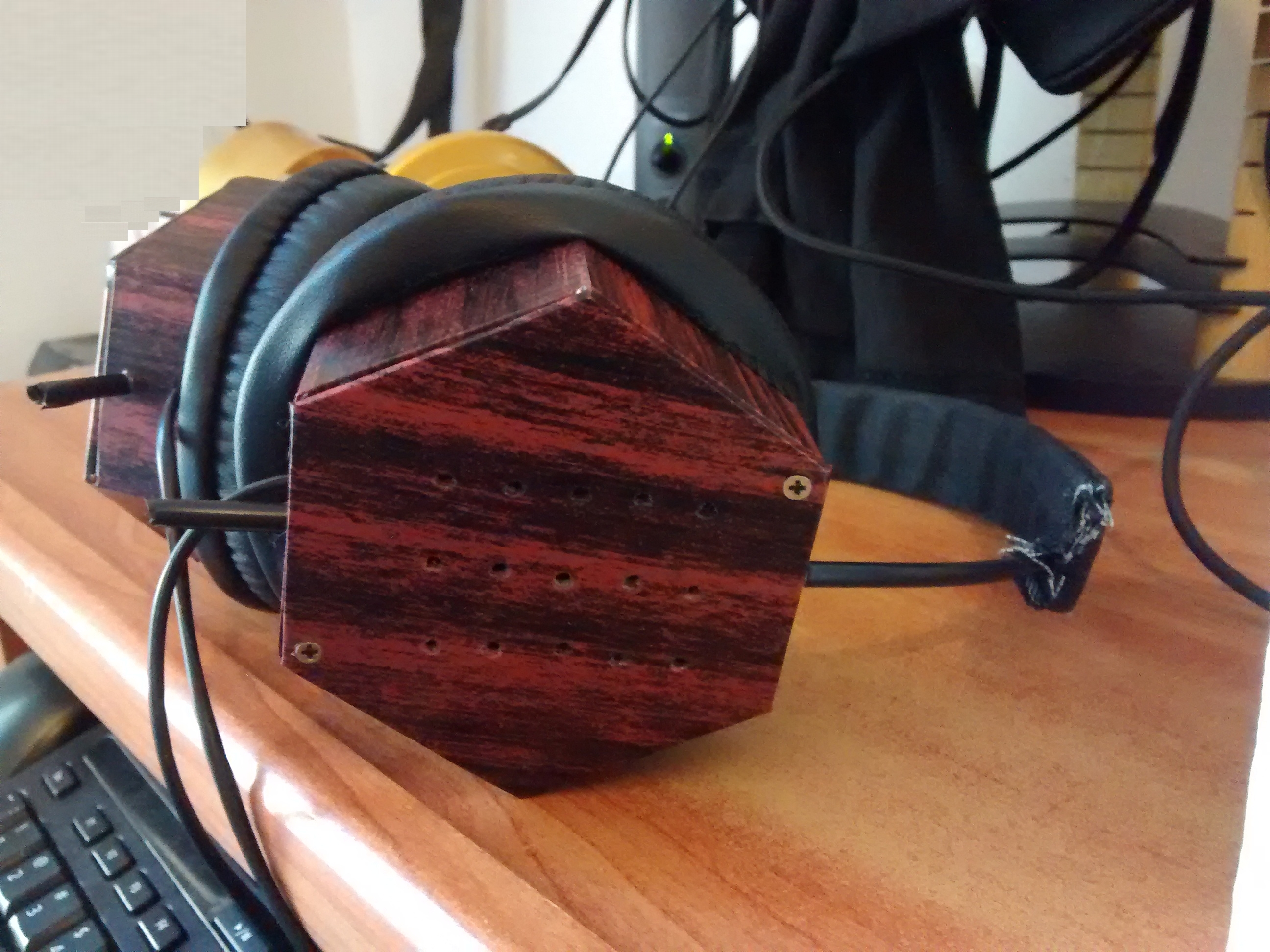 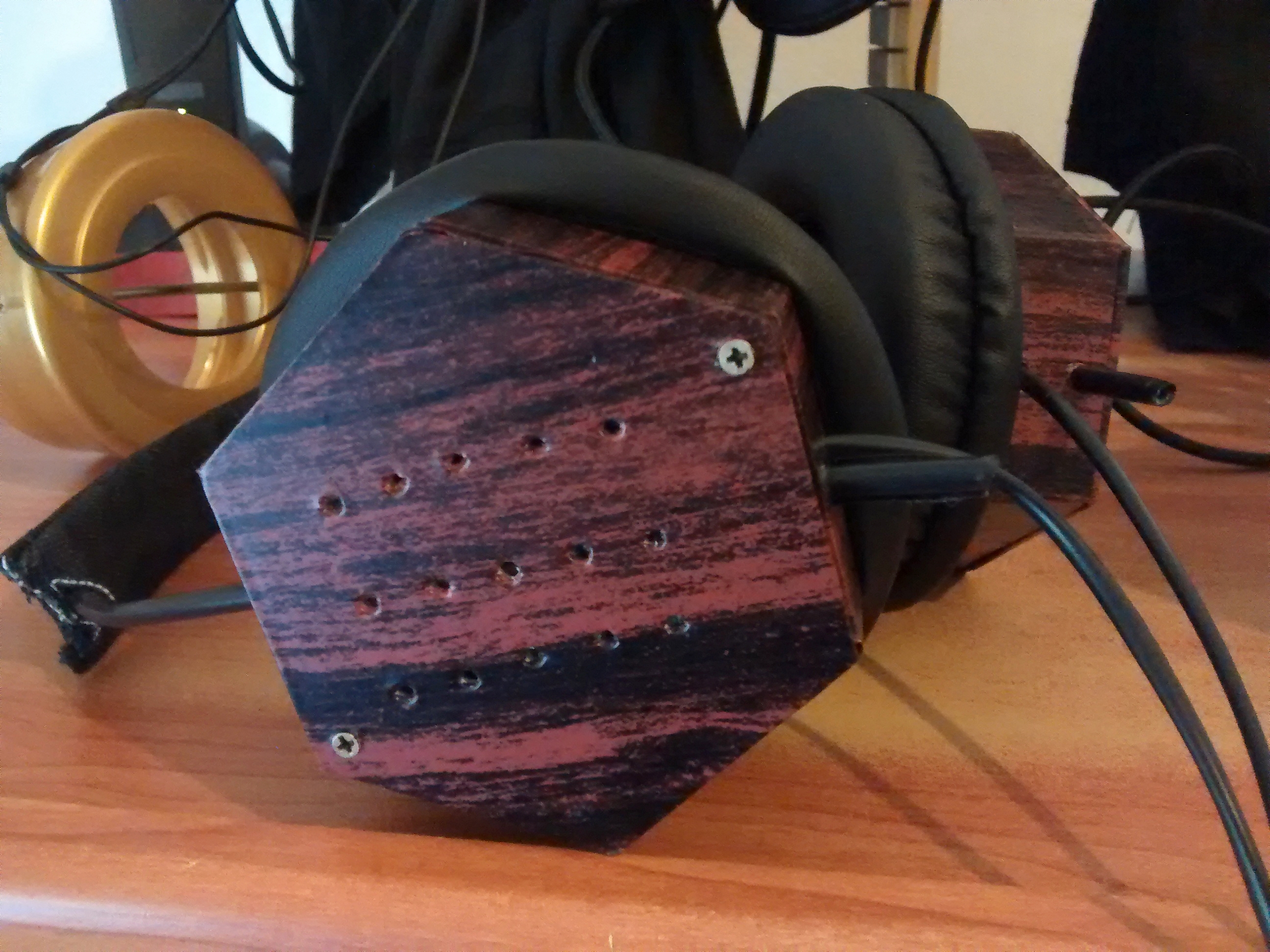 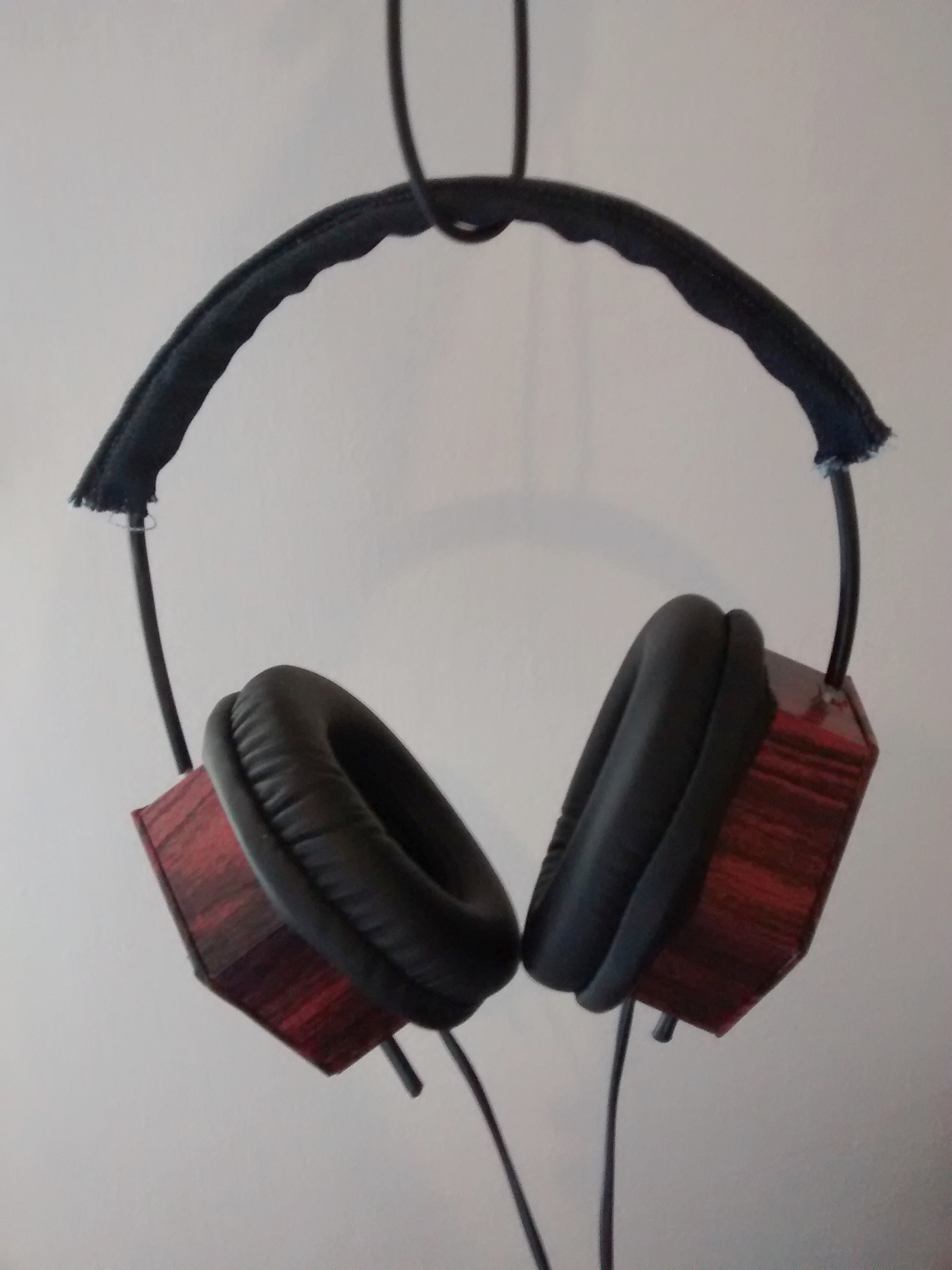 It's very hard to review the sound of something you've created, But i'd say these can compete with many headphones in the 50$-100$ range. I think these drivers are tremendous for the price, but their ceiling in regards to mids performance\timbre and separation has limited my results. Maybe i'm too oriented towards 'perfect' sound

All in all, i think i ended up making a far better product than what i believed i could make. It's actually fun listening to them and i prefer them over some of the headphones i heard from big brands such as Senn\Beats\Grado\Sony MA900\Audio Technica and more.

I hope someday i could put it on some heads and a measuring rig so i could understand what i did right\wrong better.

Hope someone was patient enough to read this thread

dig the hexagonal cups, reminds me of boards of canada. good on your for taking the project on, final outcome looks great!
My old feedback thread
Share This Post
Reactions: Viber
post-14493281
Post #3 of 6
W

I am joking. Excellent build and making. Enjoy!

I am joking. Excellent build and making. Enjoy!

arteom said:
dig the hexagonal cups, reminds me of boards of canada. good on your for taking the project on, final outcome looks great!
Click to expand...

Thank you very much!

Switched to China HM5 pads.
Headphones are more comfortable, Sound is better now...It "smooths" out some rough edges in the sound - especially in the upper midrange, i think it's because of the better seal. 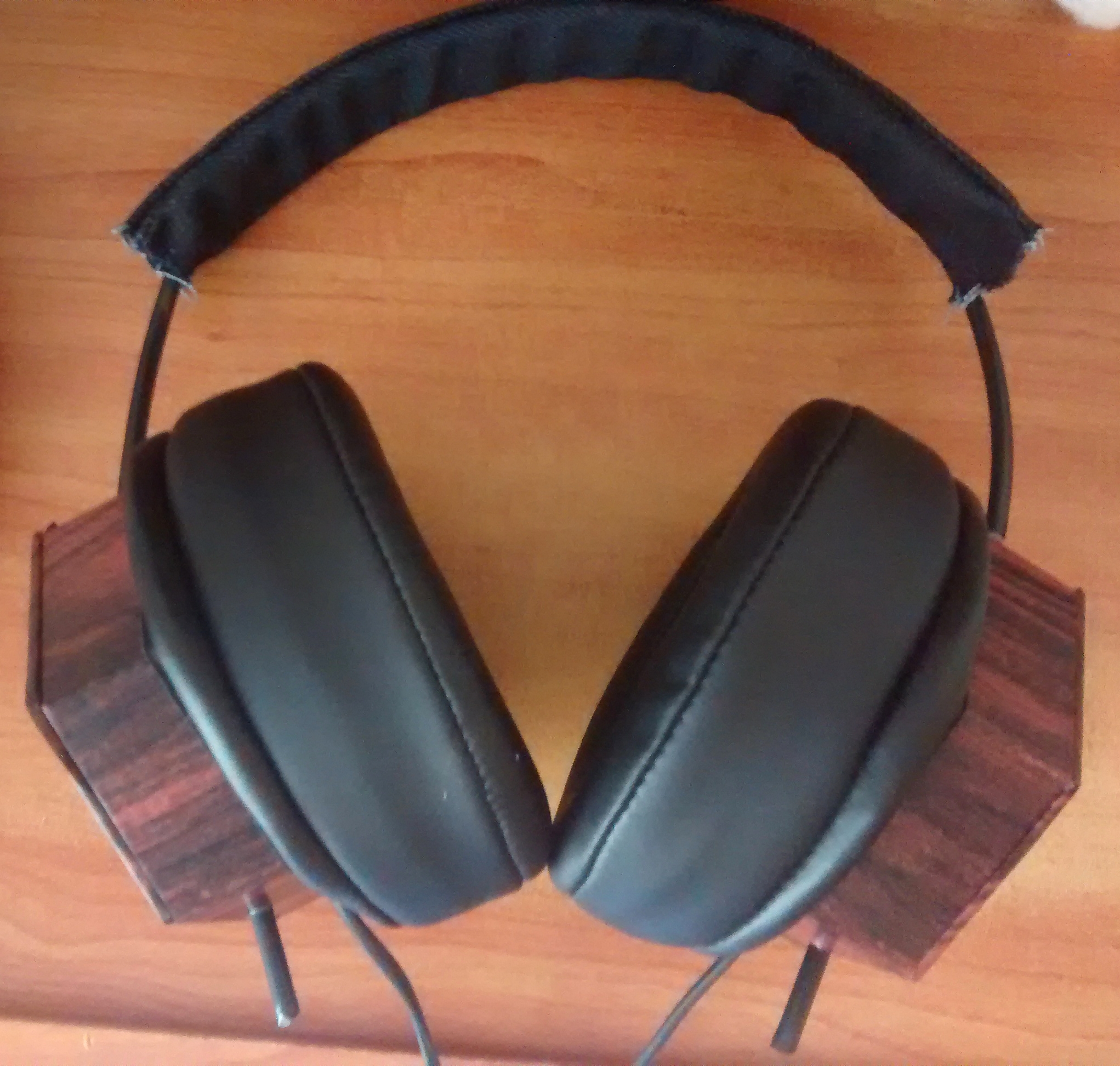 They look more expansive as well now i guess