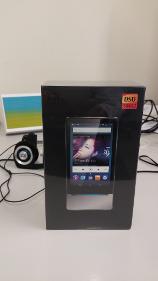 See full thread gallery...
You are using an out of date browser. It may not display this or other websites correctly.
You should upgrade or use an alternative browser.
Fiio X7 Australia / New Zealand Tour Thread

I have shipped Fiio X7 to the next tour member this morning, overall experience has been great.
I will type in the review on saturday

Thx for including me in the tour Brooko!

Here is my review, I might edit it some more if I feel it is not clear enough to understand in the future.
http://www.head-fi.org/products/fiio-x7/reviews/14746
I hope it helps ^_^

Thanks - look forward to your thoughts

Sorry for the poor mic quality.

Sorry for the (very) late impression of mine. I’m not a terribly good reviewer, and having the X7 arrive at the same time as the 4 IEM demo units from CustomArt renders be slightly overloaded. I also wouldn’t call this post a review, only an impression. A very late one, that is.

Initially I was quite unsure on what to put on this impression. Admittedly, after a day with the X7 I can say I am not too fond of the X7, and after a week it gets worse. Well, rather than posting a huge wall of text about my thoughts on the X7, I guessed it would be better to simply put bullet points on its pros and cons to me and expand on each point independently.

Note that this is all only a matter of opinion, thus some of the points I consider as cons may be someone else’s pros.

-Android OS: I’m sure a lot of people are already familiar with android OS, and using this ubiquitous OS means the DAP is easy to use (to most people, at least). But using this OS also have its disadvantages or, at the very least, futility in my opinion. I’ll get to that later.

-Size & build quality. Not much more to say about this, simply exquisitely well made.

-FiiO X5: This is I think the biggest reason why I’m not fond of the FiiO X7, I’ll explain a bit more later as there are several other key points I need to address before going too deep on this point.

-Android OS: The use of android OS in my opinion classifies both as pros and cons; while it’s good to have an easy to use OS, one of the reasons why android OS are so popular is because of its app-store. But personally I fail to see the point of having a high-end DAP that is focused on trivial things like app store. Personally, if I wanted to utilize android’s app store I would have done that on my phone or, if I wanted a simple, easy to use DAP with extensive app store, I would get an iPod. I’m being nitpicking, but I just thought lots of other DAPs, including FiiO’s own X3 (which I used to own) and X5 makes more sense than the X7.

-Hardware Specifications: The specifications of the X7 is good. Very good. Too good, in fact. The X7 comes with quad-core 1.4GHz Cortex A9. To put that into perspective, the iPhone 4s only comes with a dual-core 1GHz Cortex A9. Smartphones like the iPhone would need fast CPUs due to its extensive usability. A high-end audiophile DAP should in my opinion be focused to listen to music and only for that. Thus, having such overkill CPU is, in my opinion, futile. The only reason I can think of for having such blazing fast CPU is to download a plethora of apps but, as I’ve stated before if that’s what I need I would have done that on my phone anyway. IMO FiiO should not have gone with such CPU and instead reduce cost by using inferior CPU and simpler (much simpler) OS.

-Amplifier module: This is by no means bad, but for the price I expect to get a better amplifier module as standard. The stock X7 amp module can’t drive my HD800, which is not surprising, but what is surprising is it is not really capable of driving my K812 either. With low gain, the volume lever doesn’t reach a satisfactory lever. With high gain, it is loud enough for most songs, but with songs that doesn’t seem to be involved in the loudness war I need to crank the volume all the way to the limit to reach my personal taste. I am not a loud listener as proven by my daily amp, the HDVA 600, which has 5 gain stage I always set the gain on lowest and listen with the volume mostly at 12 o’clock. Many of my friends like to crank the volume on my HDVA 600 to 4 o’clock, and I can’t see the volume of the K812 with the X7 being satisfactory to them. I tried the X7 with a range of IEMs (my own HiFiMan RE-600 and 4 demo units from CustomArt) and didn’t really like the result, which I suspect is due to its DAC and my personal taste.

-DAC. The X7 uses ESS9018, and personally I’m not a big fan of sabre-based DACs. I know this is only a matter of personal taste, so I wouldn’t go too deep on this one, but I have to say that I don’t even like the Auralic Vega, which is said to be one of the best sabre-based DACs.

-FiiO X5: I said previously that I think the biggest problem of the X7 (to me, personally) is FiiO’s own other offering. First off, I don’t really understand the reason why the X5 has dual micro SD card slot while the more expensive X7 has only 1. Secondly, the X5 (and the X3 1st gen I had) focused on 1 thing and only on 1 thing: audio playback. I’m not looking for a DAP that can download myriads of third-party apps as when I’m looking for an audiophile DAP, I want a DAP that’s focused on music, not apps. Lastly, DAC preference. The 1st gen X3 that I had has a Wolfson WM8740. Paul’s 1st gen X5 that I tried has a TI PCM1792A. The X7’s ESS9018 is not a bad thing, by all means. It’s just a matter of personal preference, and personally I would rather get the second generation X3 or X5 than the X7.


I said this numerous times I would say this again: this is only my personal thoughts on the matter and not intended to offend anyone. I don’t think the X7 is a bad product by all means, but personally I fail to see many of the point of the X7, and personally I would get the X3 or X5 instead.

edit: I have to apologize for posting this impression very late (2 weeks after I sent the demo to the next person). Having tons of demos arriving simultaneously to an inexperienced reviewer like me at the end of the year makes me slightly overwhelmed. And I believe I held the demo unit 2-3 days longer than I should, and for that I apologize.
Cans: Sennheiser HD800 | Sennheiser HD650
IEM: HiFiMan RE-600
Amp: Sennheiser HDVA 600
DAC: Benchmark DAC1-USB
Turntable: Pro-Ject Debut Carbon DC

Hey guys, the unit has arrived. Had a bit of a listen yesterday and I like what I hear.

@angelo898 how are we going with the unit please?

@DJScope Igor mate, are you going ahead with the unit?

@angelo898 how are we going with the unit please?

@DJScope Igor mate, are you going ahead with the unit?
Click to expand...

sorry for the delay but my review is up!

http://www.head-fi.org/products/fiio-x7/reviews/15189
You must log in or register to reply here.