Menu
Log in
Register
Install the app
You are using an out of date browser. It may not display this or other websites correctly.
You should upgrade or use an alternative browser.
Fearless Audio S5T - A First Look

This may be the first posting on the Fearless Audio S5T (Turbo) made in English.
5BA (Knowles & Sonion) made from China.

Background
I was originally going to purchase the BGVP DM6 from Linsoul, but right before placing the order, a Linsoul representative suggested to buy the Fearless Audio S5 instead. They said they preferred it over the DM6, and after some contemplation, I placed the order. At the time of purchase, there were no reviews, videos, or any information on Fearless Audio products in English. There were several Thai websites that were selling Fearless Audio products, as well as one Japanese website. I used Google Translate to get a rough estimate of what each website was saying about the company's products.

Models
There are two Fearless Audio S5 models: Hifi or Turbo.
The Hifi model is advertised to be for more studio/stage use and said to have better sound stage and instrument separation.
The Turbo model is advertised for its enhancements in bass and mids, good for bass and vocals. All of the companies I spoke to (all three Thai retailers and Linsoul) said they preferred the Turbo model over the Hifi model. (One Thai retailer even said the S5 Hifi model is similar to the S4 (4BA model), so it's just better to buy the cheaper S4 if you're consider the S5 Hifi.) In terms of the specs, the Hifi and Turbo models are identical except the Turbo model is 45 Ohms and all of the BA drivers are lumped together and placed in front of the nozzle, with a single chamber/tube connecting all of the drivers to a single bore exit. The Hifi model has two bores with two separate tubes, and the BA drivers are spaced out (not right in front of the nozzle).

Ordering
I made a custom art design over a black shell for the left side and a wood faceplate over transparent blue shell for the right side. I paid the full price for the IEM's ($329) but Linsoul took care of the cost for the custom art in exchange for this review ($25 value). There were some miscommunications in the ordering/production process; I ended up receiving a clear shell instead of the transparent blue shell for some reason.

I received my product 3~4 weeks after placing the initial order (China -> South Korea shipping via FedEx). Ordering from Linsoul's website was straight forward and not complicated (used PayPal transaction protocol to make the payment, just like for any other American websites).

Build Quality
The build quality is very impressive. Feels very solid. However, there is a visible bubble in the shell resin by one of the BA's, which Linsoul said it was "glue, which almost is used for stabilizing the earphone parts". Not sure. The wood face plate is absolutely gorgeous and the transition from the shell body to the faceplate is clean and precise. The custom art for the left faceplate was ok. I sent a high resolution file so I expected pristine detail/resolution (the background of the image had sparkling stars, which I expected to be clearly printed). However, the final product was slightly grainy/pixelated, although not visible when viewed from a distance. The aforementioned stars just turned out to be white smudges. The background color of the image was black to match the black shell body, yet unfortunately, the transition from the black shell to the faceplate image has a white line running through it, so it's doesn't look seamless. Almost looks like just a sticker (it's not).
So overall on customization, I highly recommend the faceplate options that they provide, but I would hesitate on recommending custom art designs for the faceplate.

Sound
I am coming from studio monitors, studio headphones, and a Shure SE535ltd (red) so I'm used to more neutral sounds. My first impressions on the sound of the Fearless Audio S5T was slightly disappointing. The bass and sub bass is good and so were the low mids/mids. But high mids to trebles was quite recessed, making everything sound muffled/mushy. Seems like a lot of cross over/leak of the bass into the mids. But after switching cables and going through different eartips, I got it to something more that i like. I still think the Shure SE535ltd's have better instrument separation and overall clarity, but the Fearless Audio S5T is more full and fat. A lot of emphasis on alto/baritone voices, acoustic and electric guitar, bass, and piano. But again, the trebles are more recessed than I would like.

OVERALL, I recommend Fearless Audio as a company. Their work is really impressive and the build quality/part quality is fantastic. Personally, the S5T was not exactly my cup of tea, but I think it's more of a personal preference rather than a fault in the product. I think I would've personally enjoyed the S6 Rui (6BA) model better. But bass heads would enjoy the S5T.


UPDATE:
After a couple of weeks of use, the Fearless Audio S5T has become more preferred to me over the Shure SE535Ltd. I have grown to really enjoy the full sound, and the ultra sweet vocals I get in some tracks. This would also be a really good stage monitor for guitarists, bass players, and drummers. But maybe not so good for vocals as they can sometimes be recessed (esp if you're a tenor or higher). I also noticed that there seems to be some fluctuations in manufacturing. You can see in some other people's reviews (like Bad Guy Good Audio) that Fearless Audio brands their logo into all of the BA's. But the pair I received were stock BA's without any markings (except on the Sonion bass BA). But they are nonetheless Knowles 30017, as you can see in the picture below. 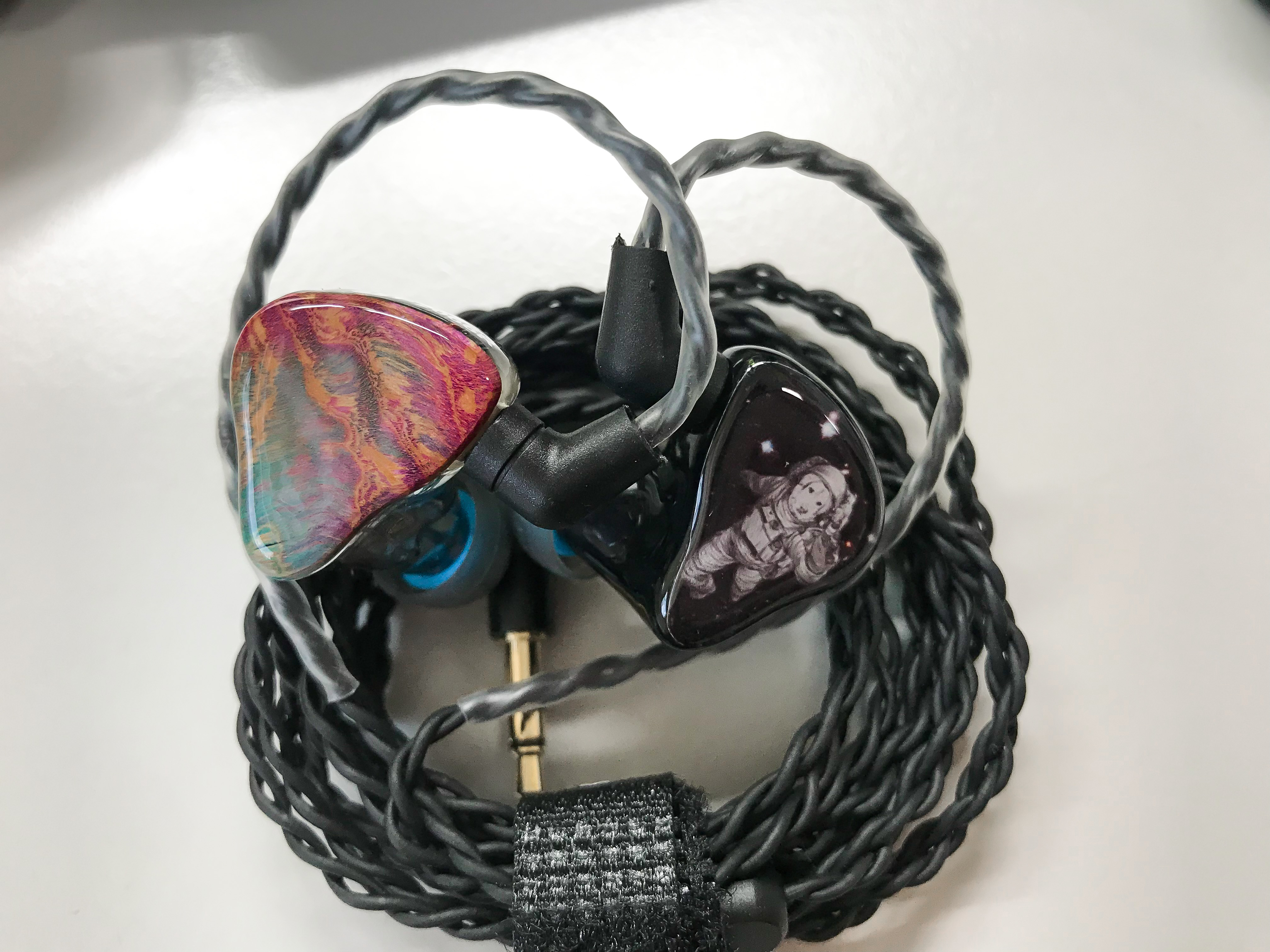 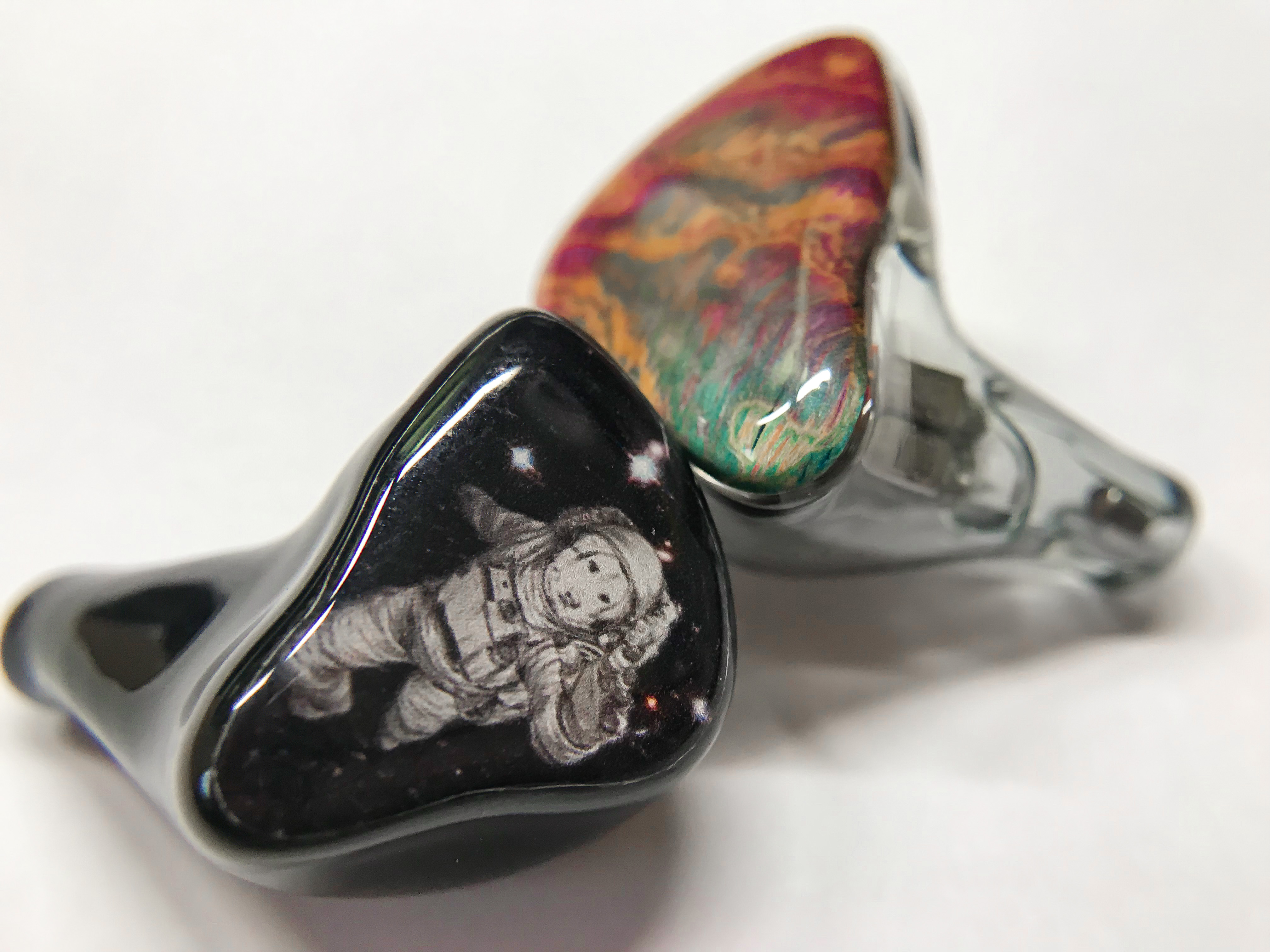 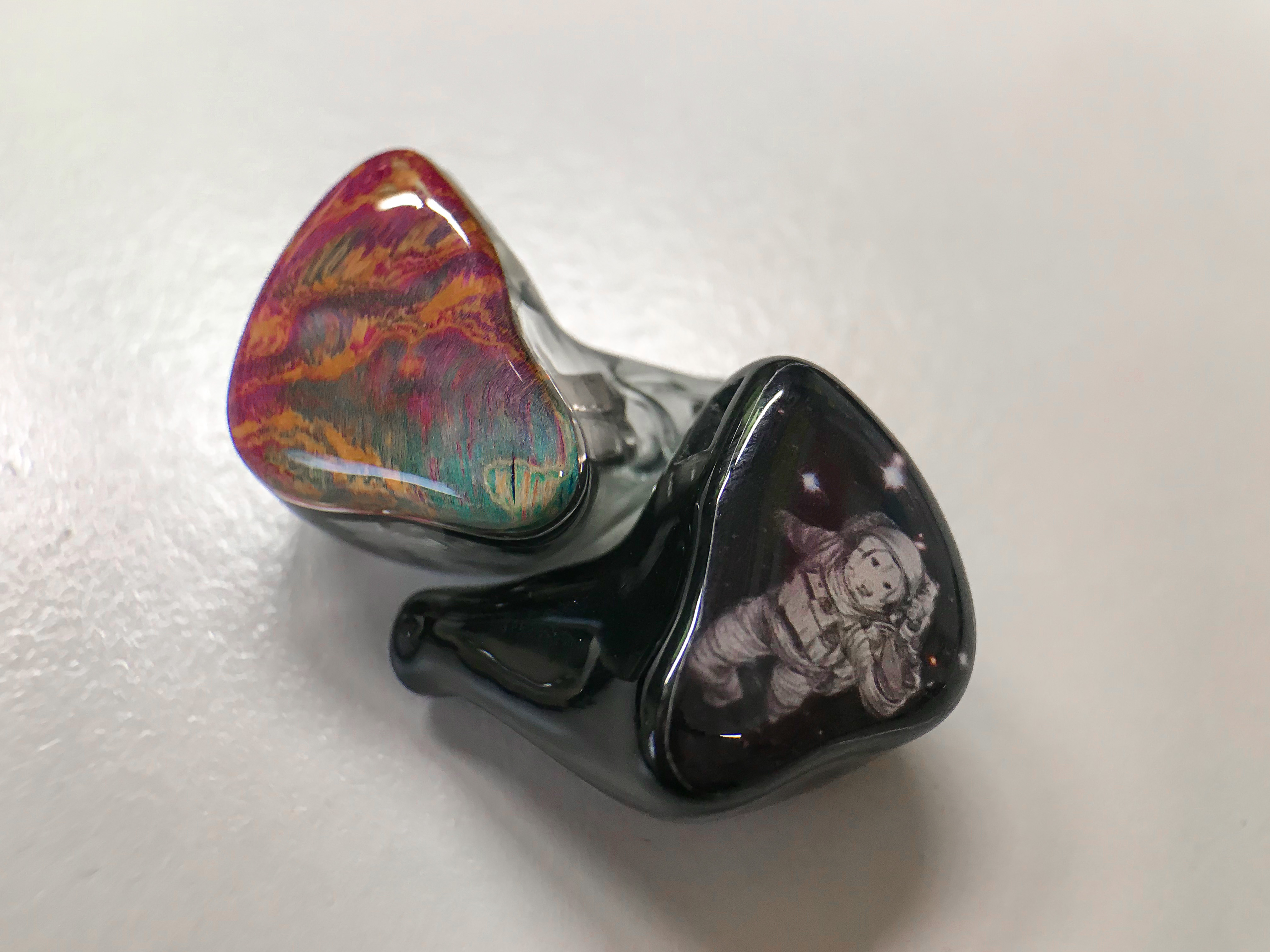 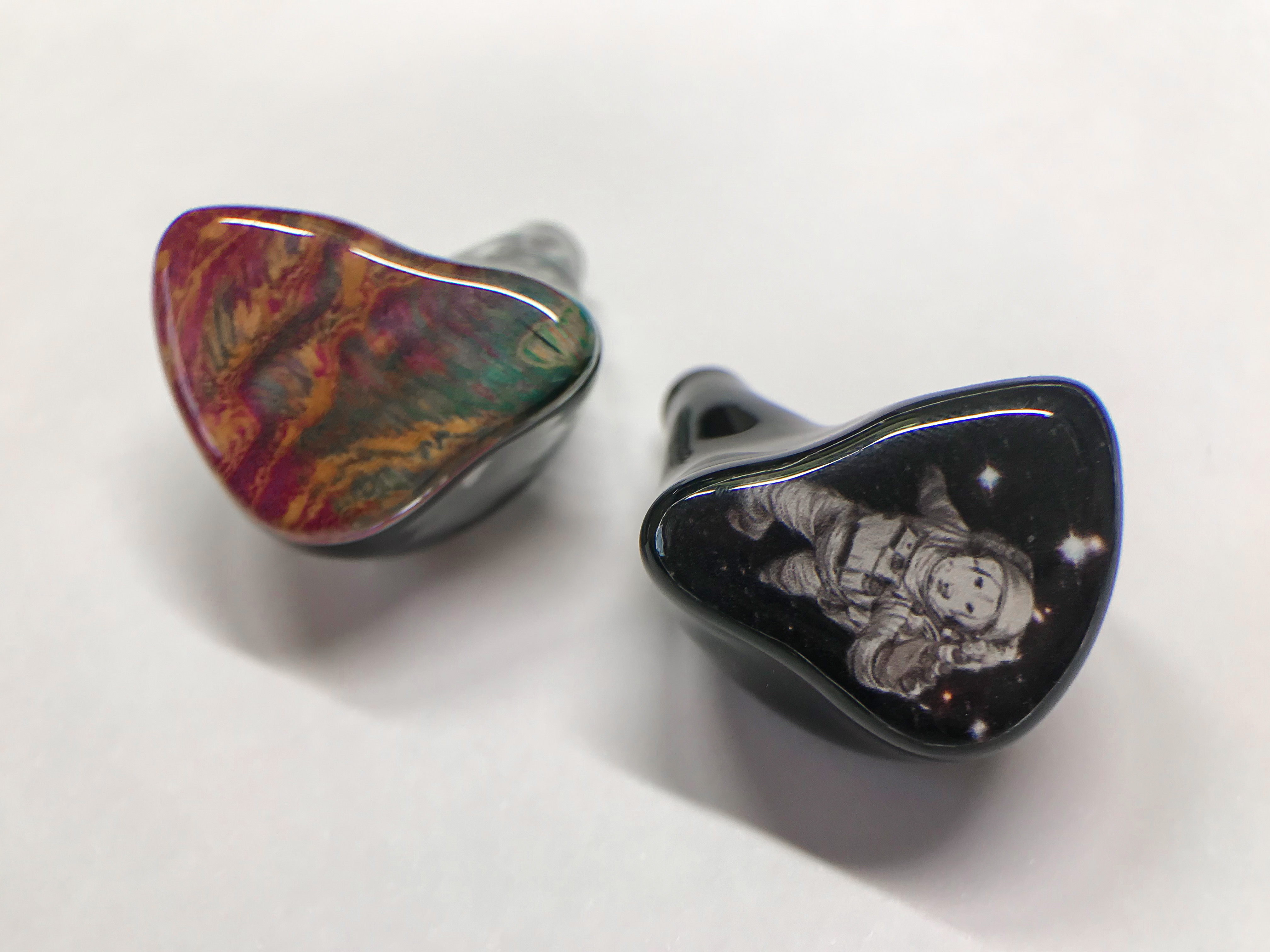 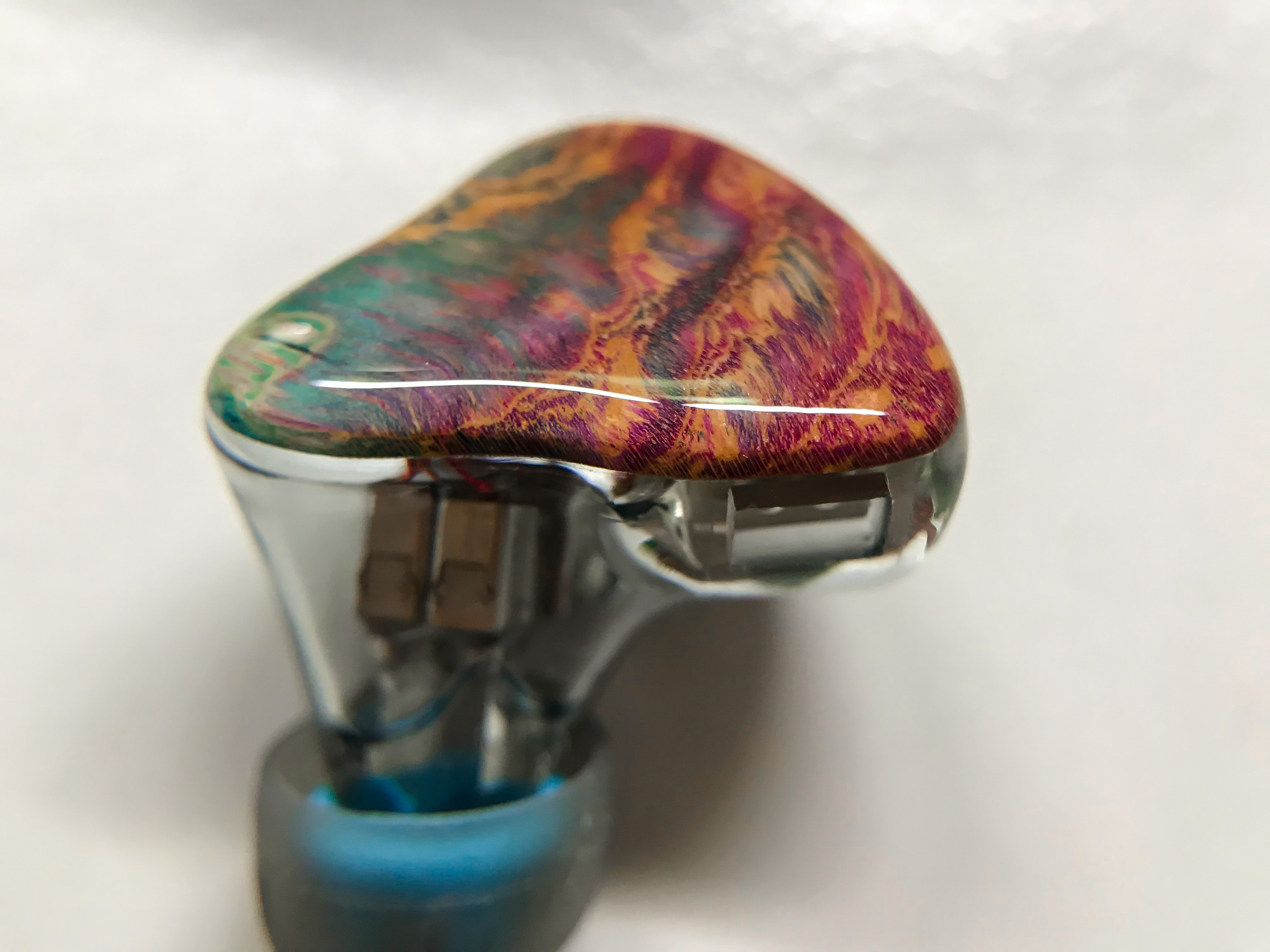 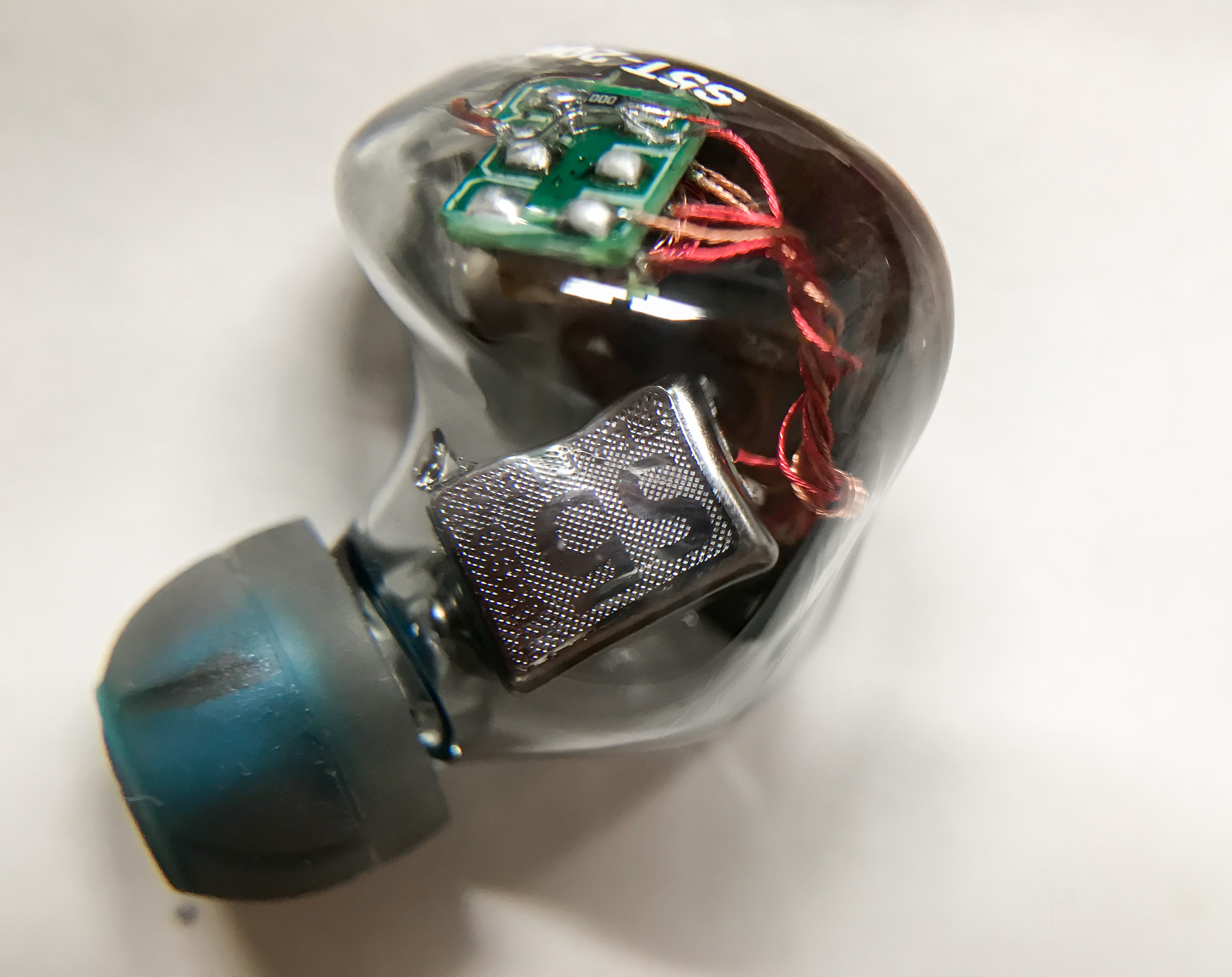 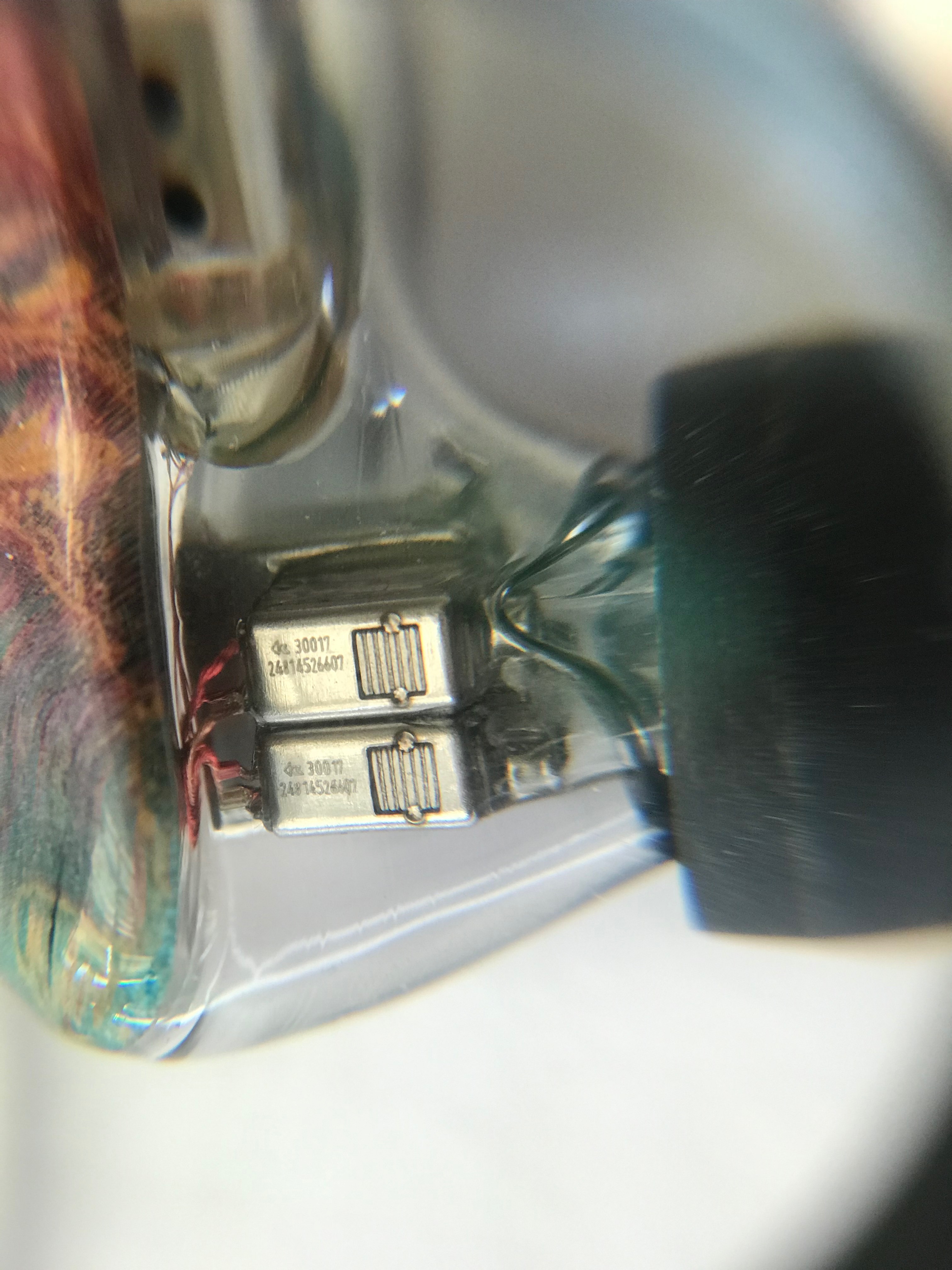 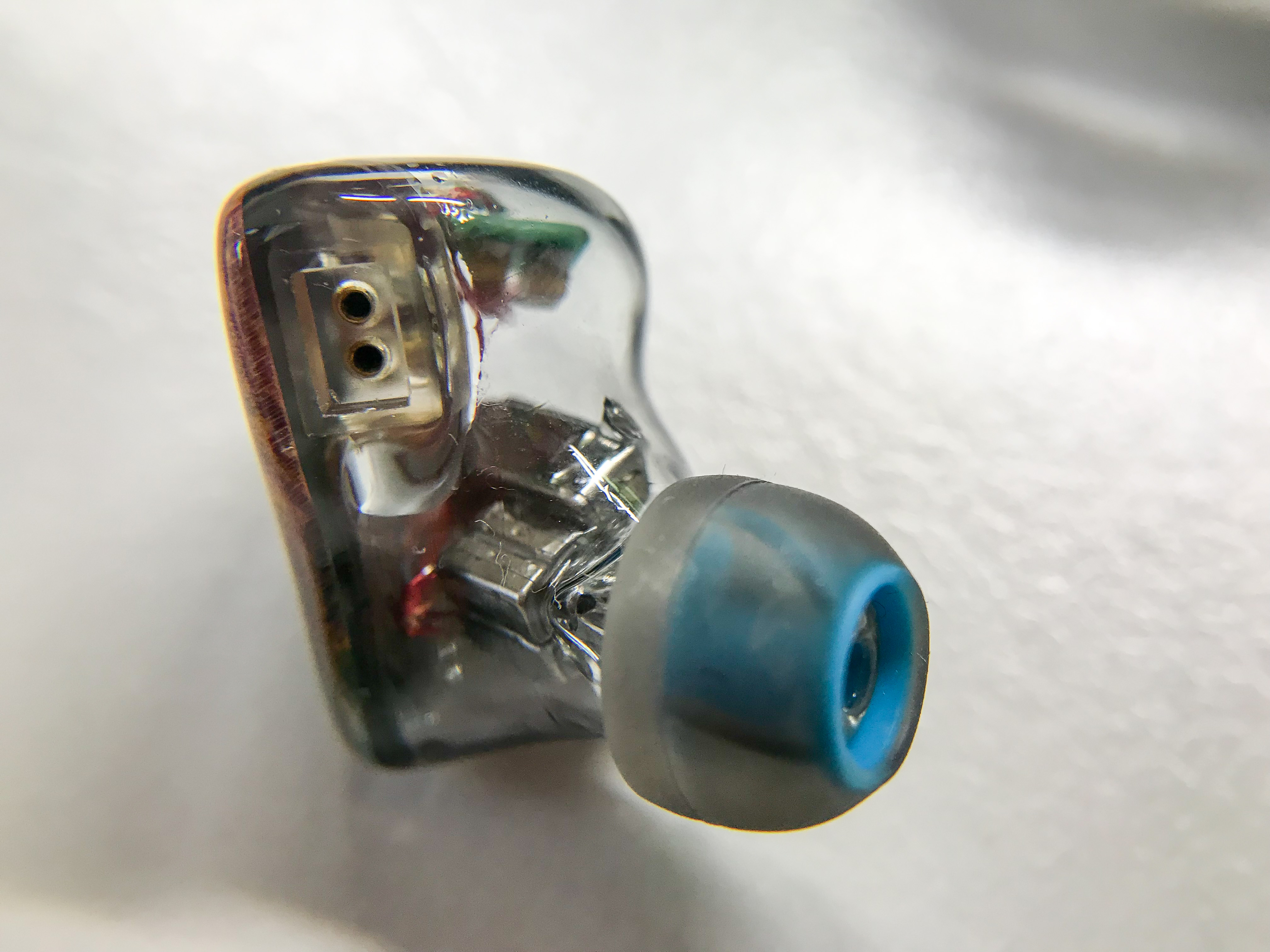 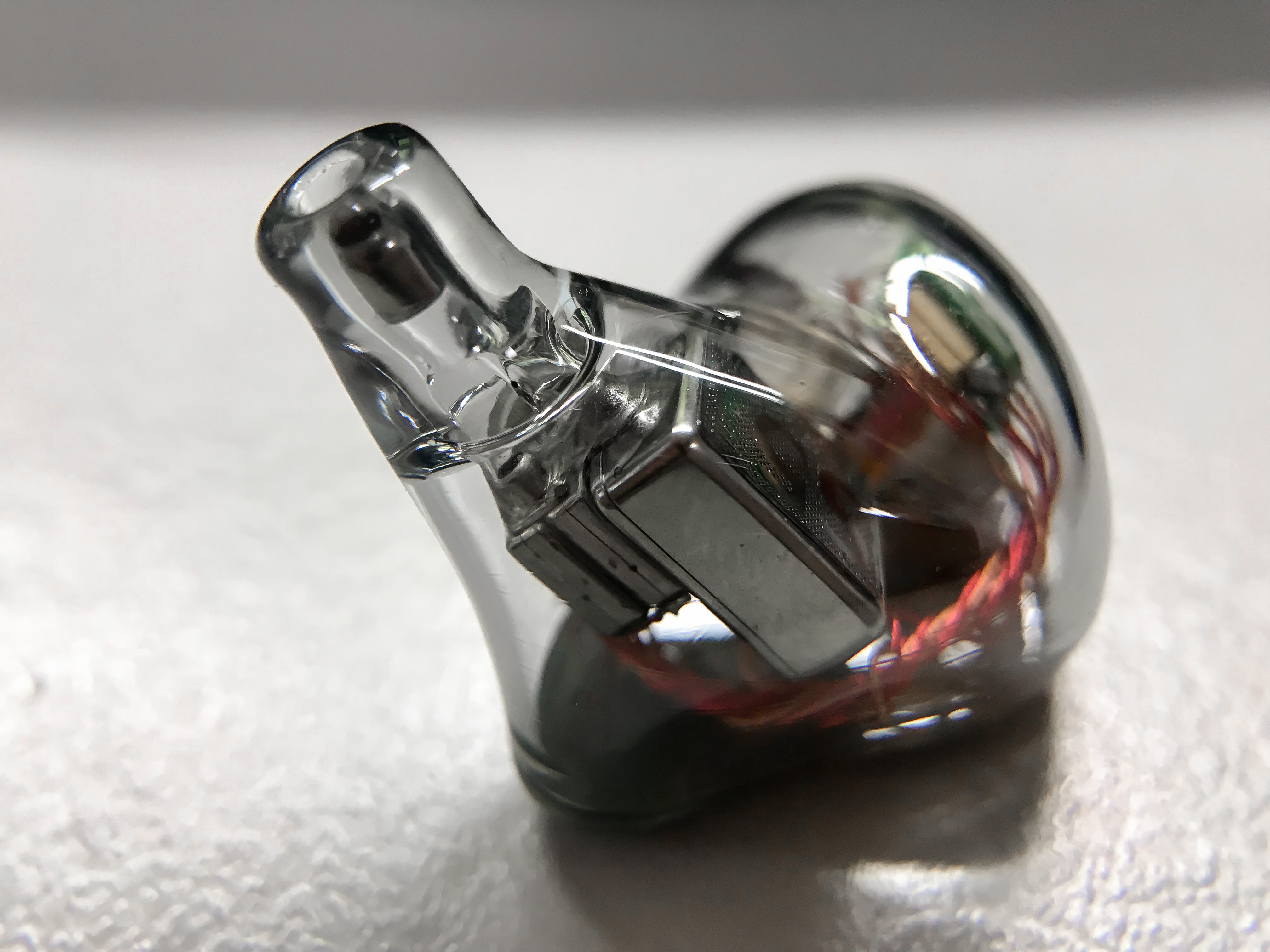 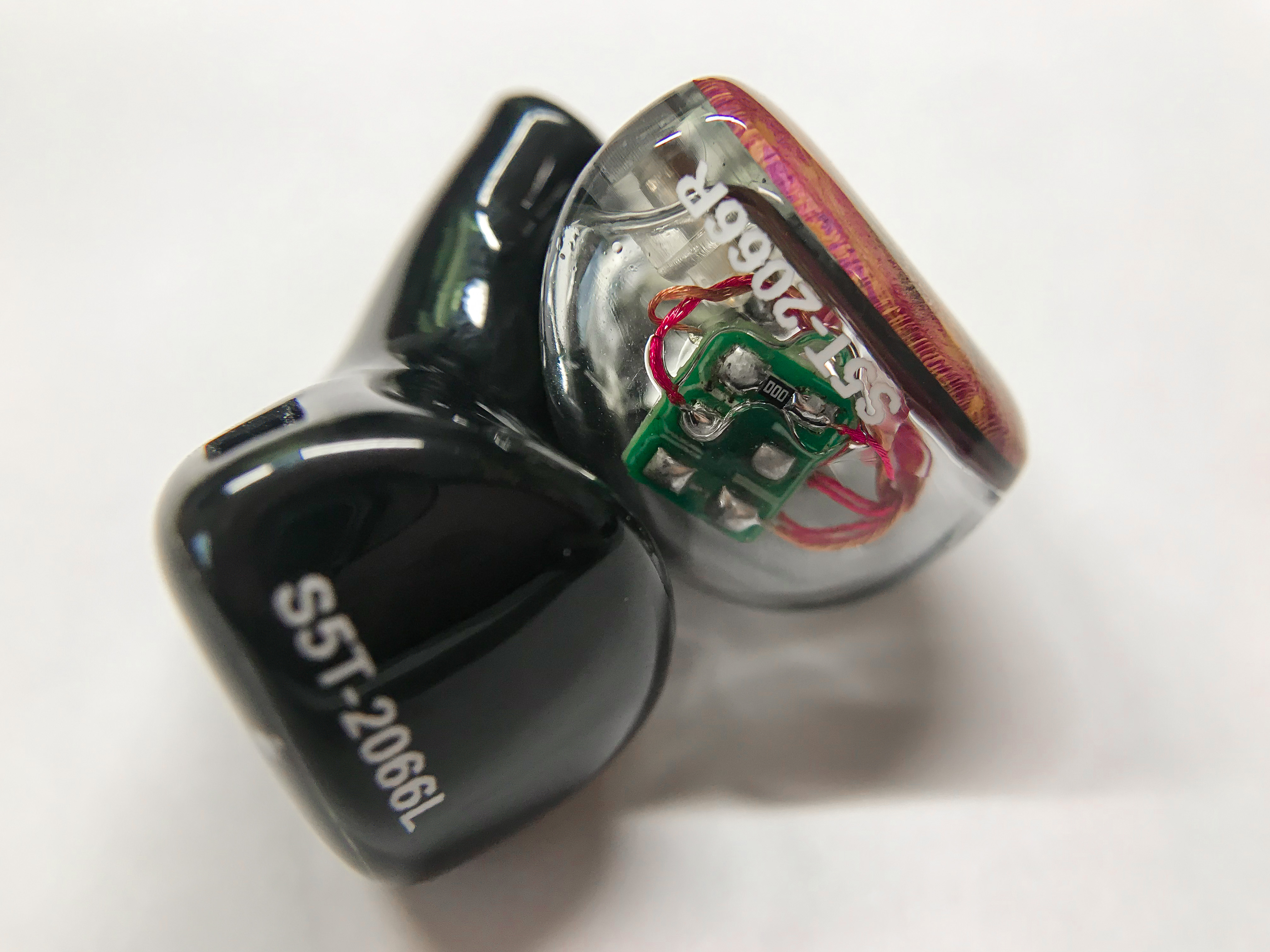 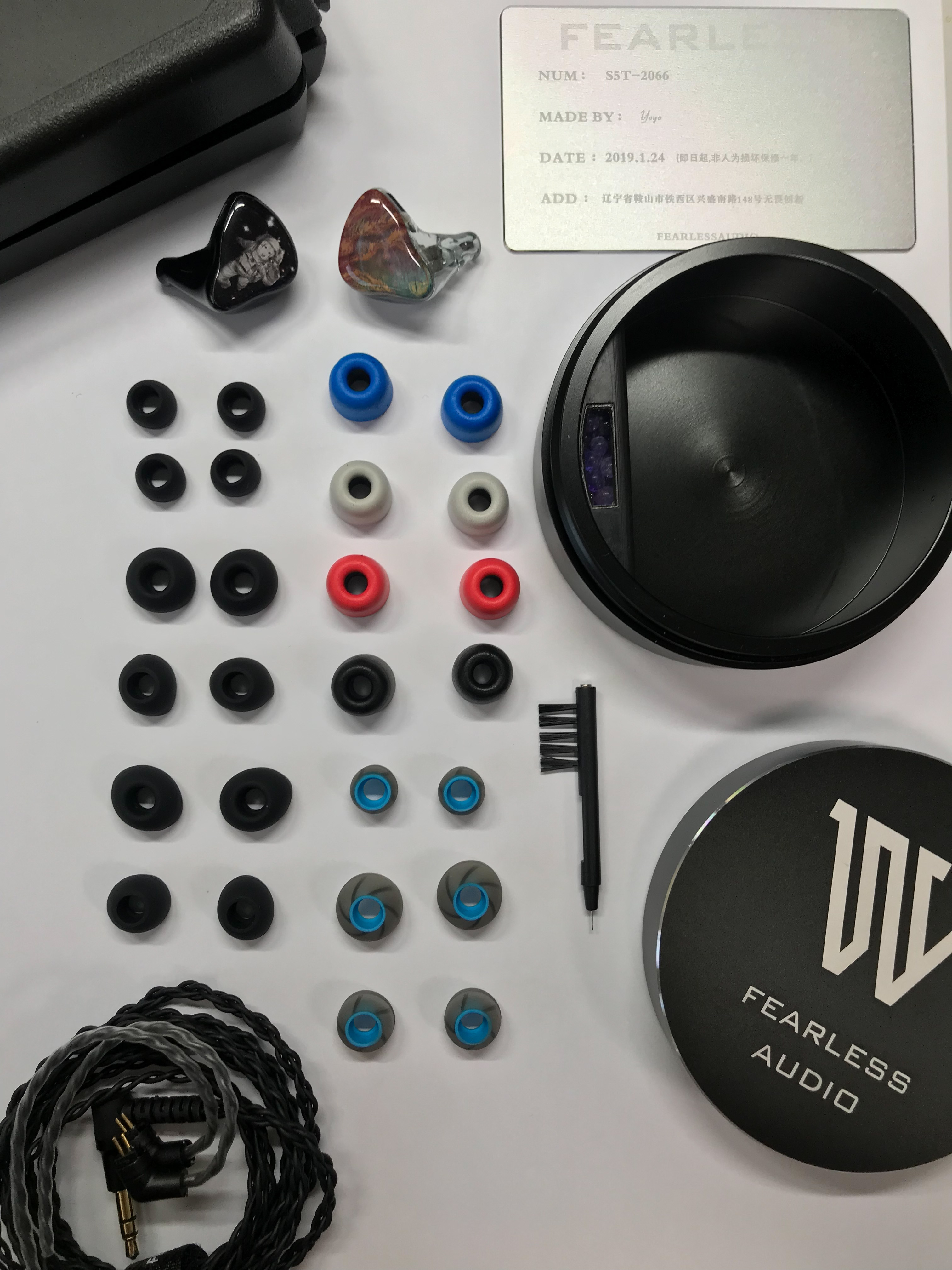 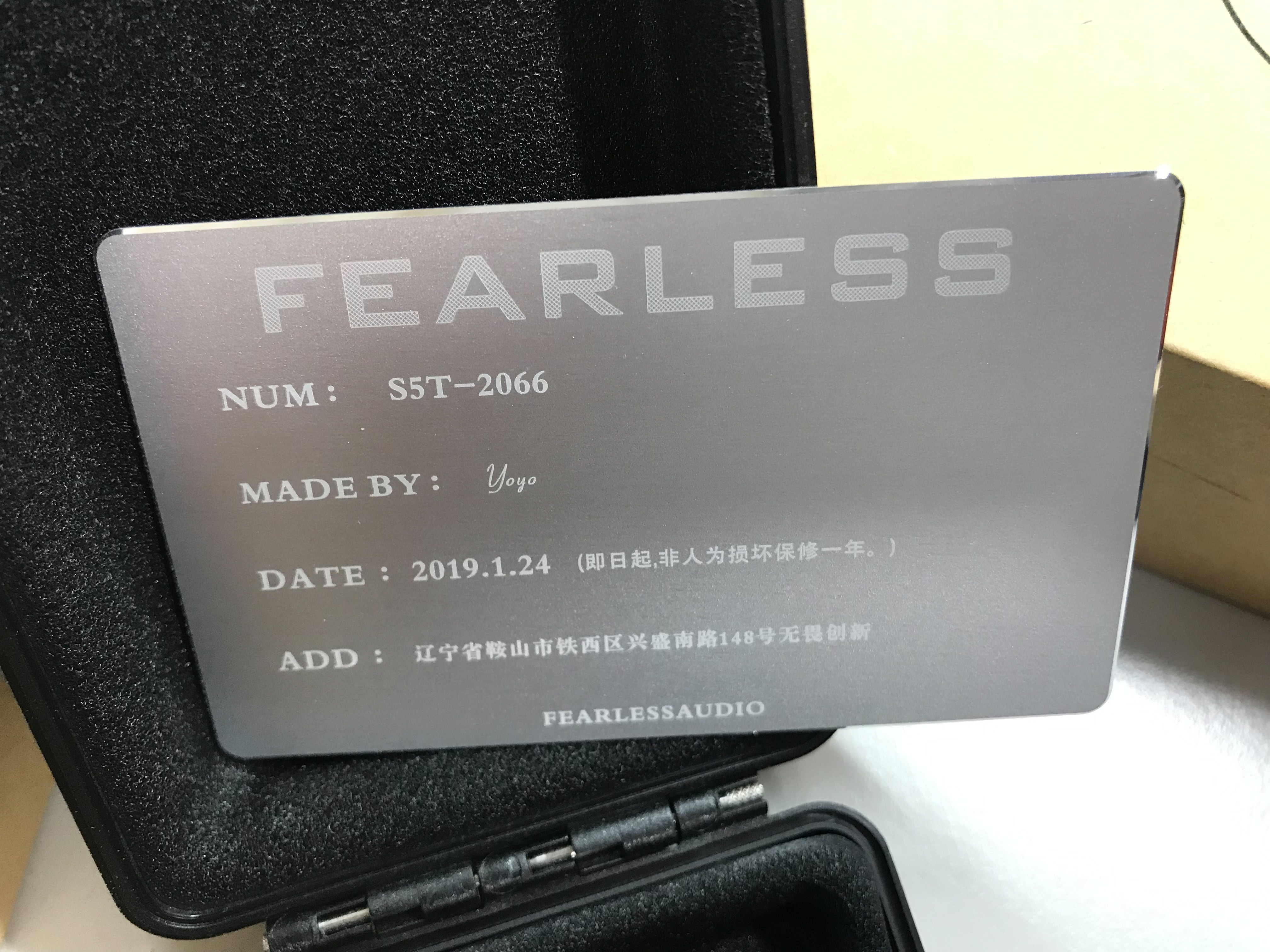 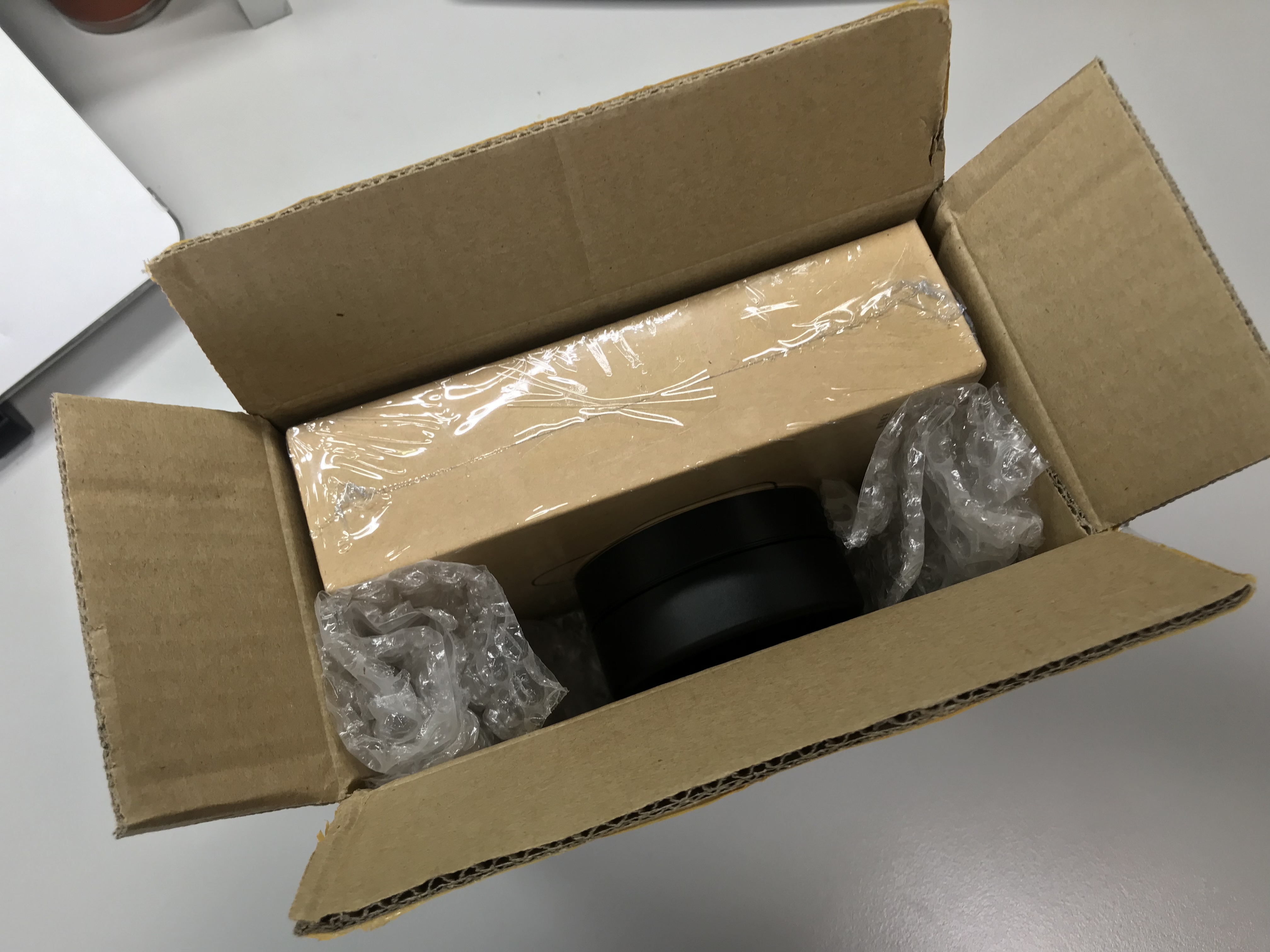 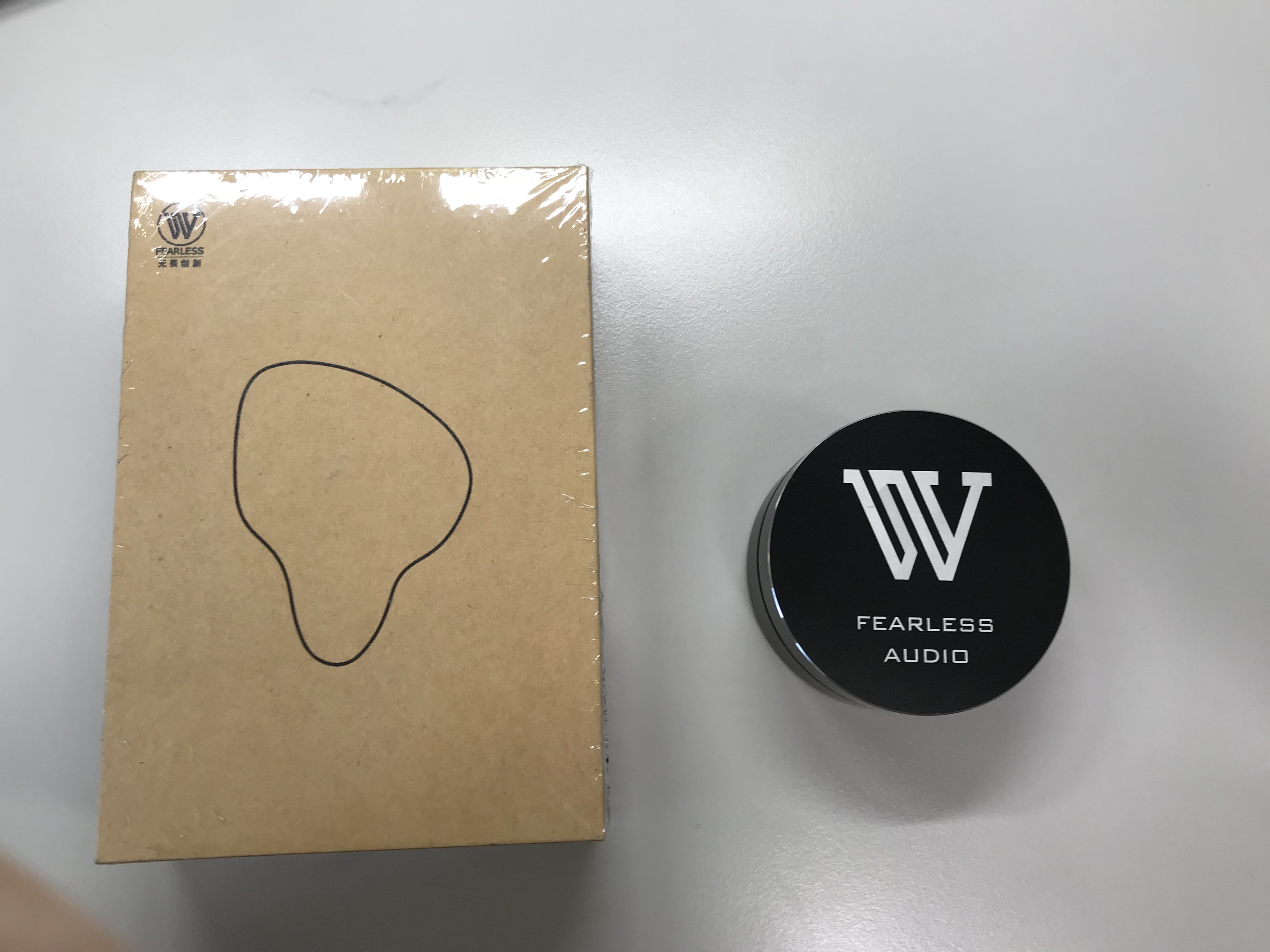 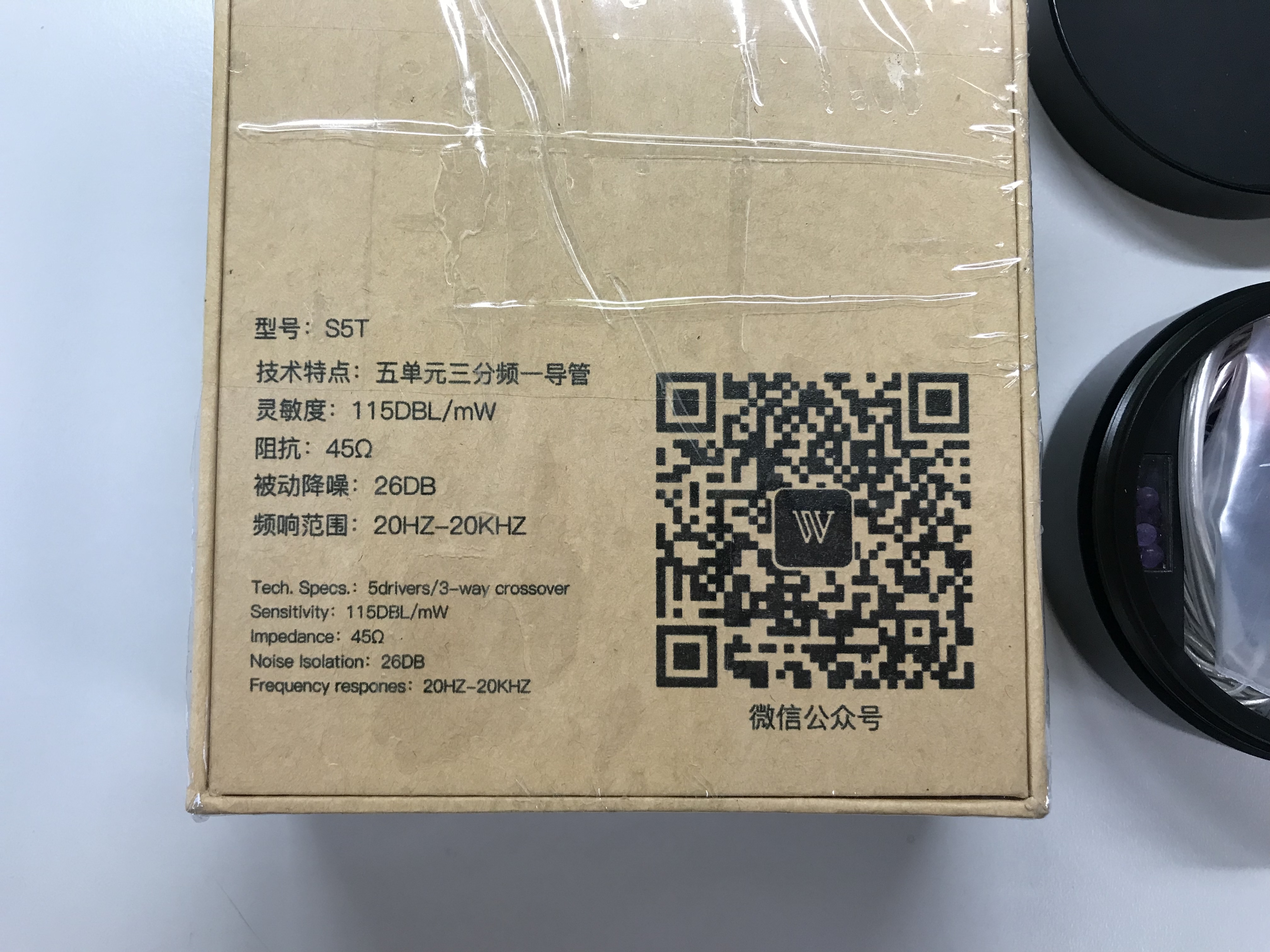 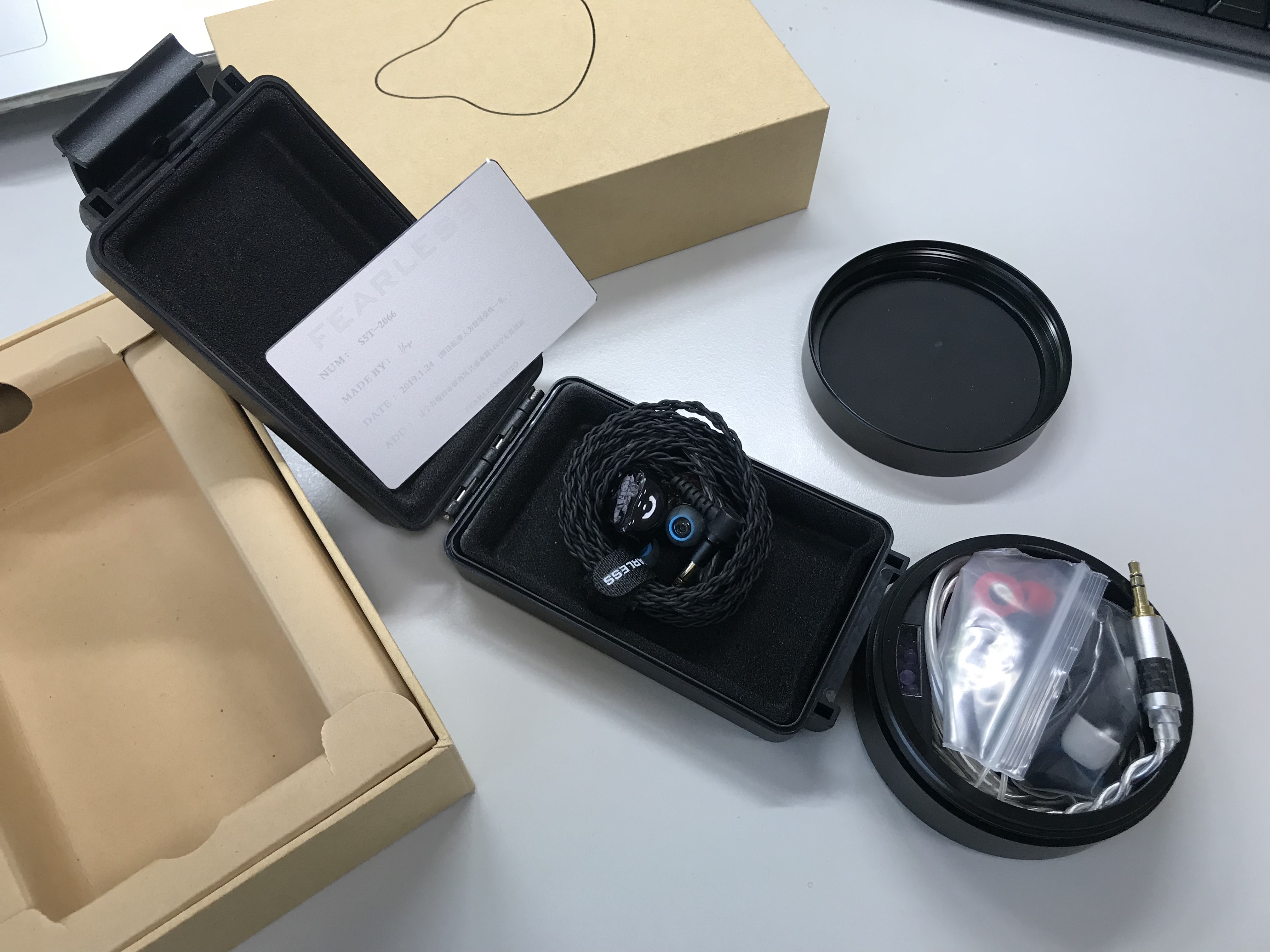