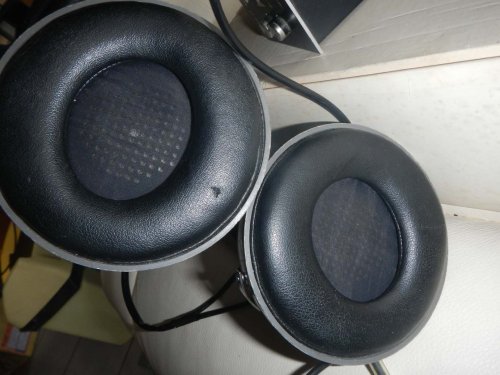 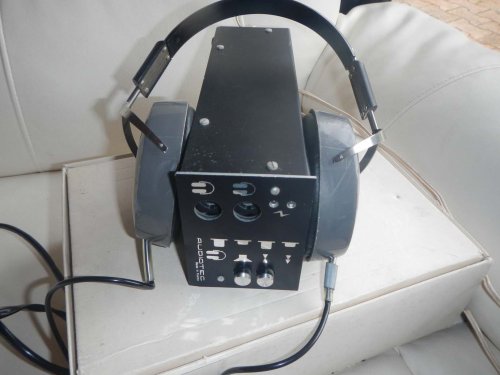 very fine working combo. little signs of wear. very hard to find. this is the electrect model.
not modded nor repaired
I will send tracked in europe and america, free shipping ( please consider the taxes that may be asked to you from your country)
I could be interested in a trade with a shure srh 940
Last edited: Sep 8, 2018
the aim of life is to make light in the dark
Share This Post
post-14471563
Post #2 of 7

I don't understand, because I nlet pictures dfor all my classiied today, including that one. when I xant to edit, I see my pictures alrezdy there, but it seems you don't see them ? well, can you write to me directly, I will send the pitures by mail
luc at cielapeute.com
thanks
the aim of life is to make light in the dark
Share This Post
post-14471595
Post #4 of 7

oops I forgot to give the tradmark
it is audiotec. a frenchman, who mad top of the line hi fi components. very sought after in france by real connaisseurs. nothing linked to audiotechnica. He made amps, loudspeakers, tuners, and if I am not mistaking, turntables. this was really the very high end of hifi in his time, until, I think, mid eighties. his components were very expensive and innovative.​
Last edited: Sep 9, 2018
the aim of life is to make light in the dark
Share This Post
post-14473975
Post #7 of 7

there were two kind s of these ces adiotec headphones. this one, with electrects, and full electrostatic ones. but i read somewhere that the second ones didn't sound as good as the electrect ones.
there is a story about that, that i just partially remember now. and I think I am not mistaking if I say it was about these CES. there was a well known HIFI specialised magazine in france, and audiotec sent them this model for the magazine to say its opion about it. the test was very good, and he author of the text said that this was better than the stax (can't remember which stax it was compared to, but possibly could have been the sr-3) of the moment. stax company reacted at once, saying that they would not make anymore adverts in this magazine if they went on saying that. so the CES headphones were forgoten and only the connaisseurs talked about it.
In my opinion, the sound is very good in the high and mids, but as many headphones of the kind, are lacking a bit bass.
the aim of life is to make light in the dark
Share This Post
You must log in or register to reply here.