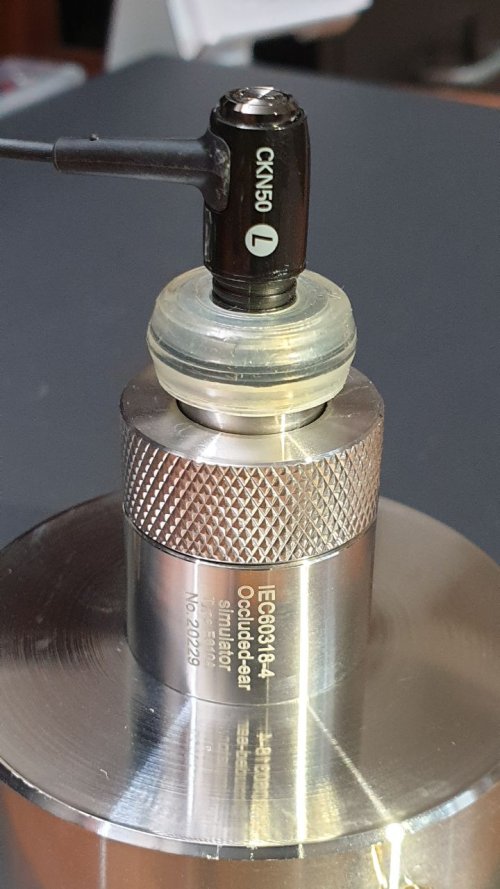 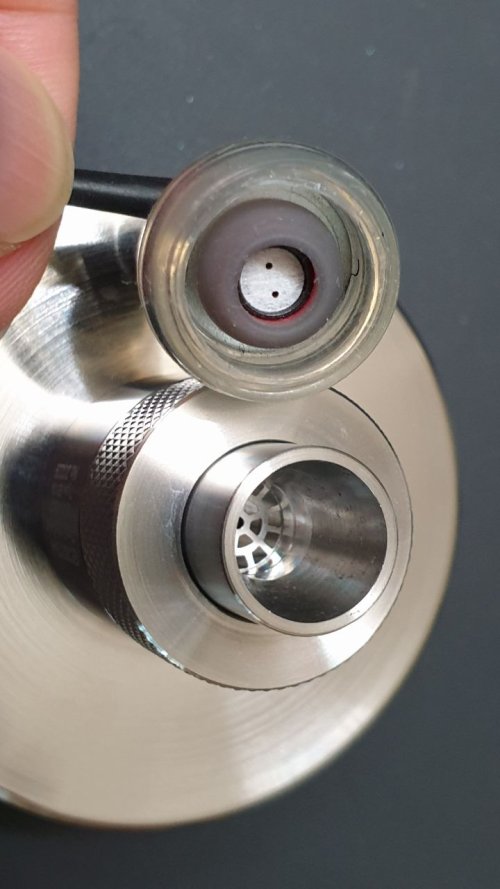 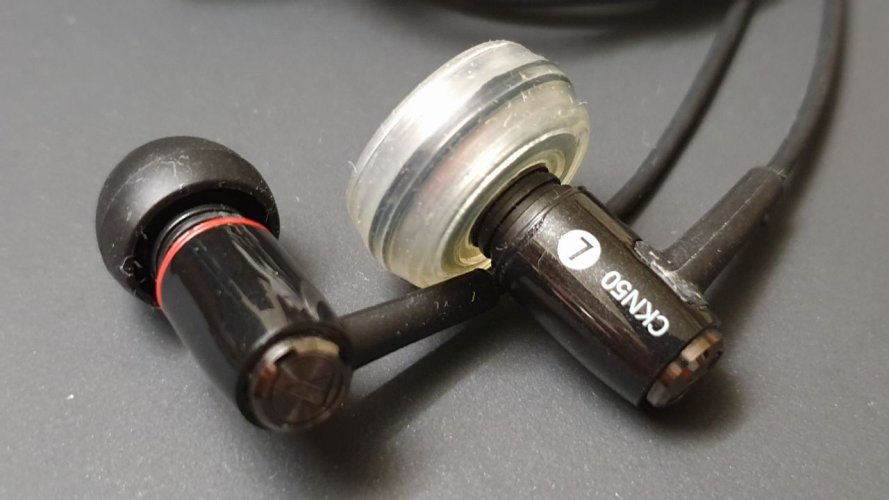 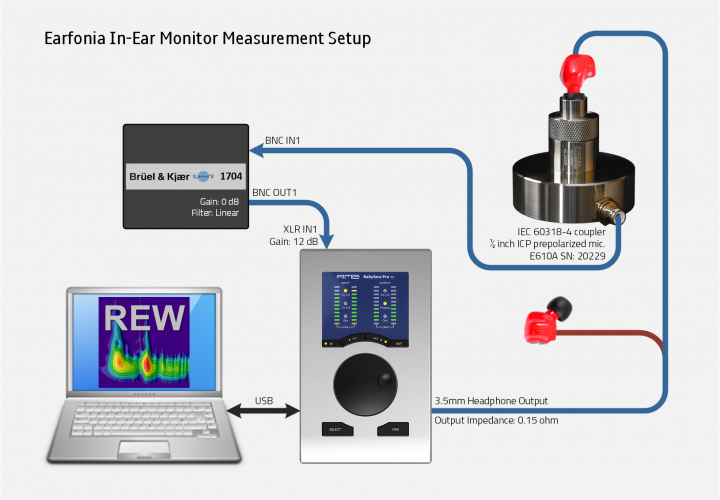 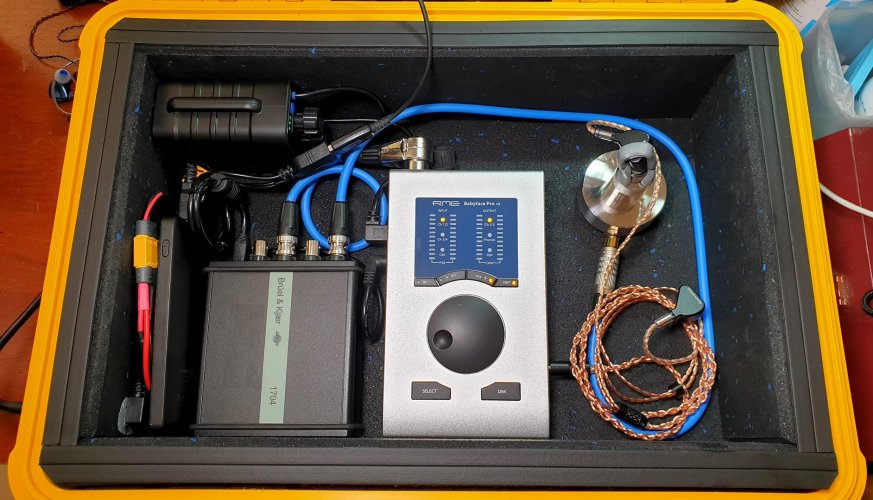 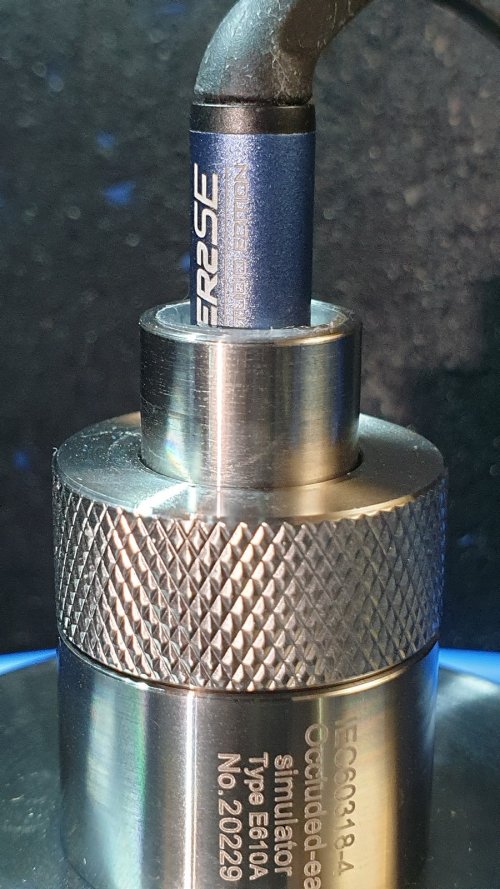 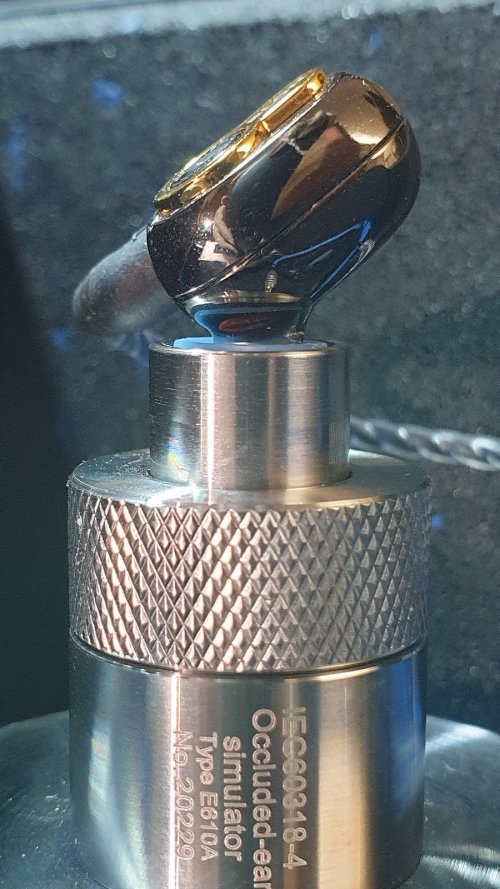 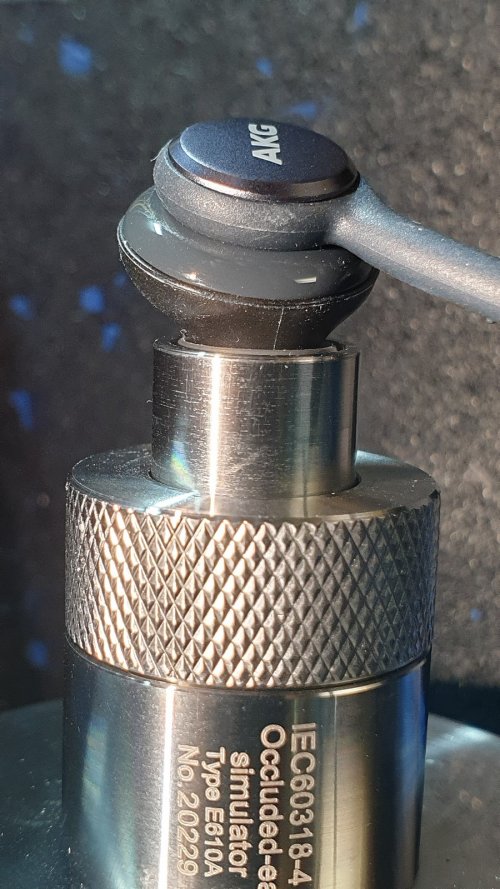 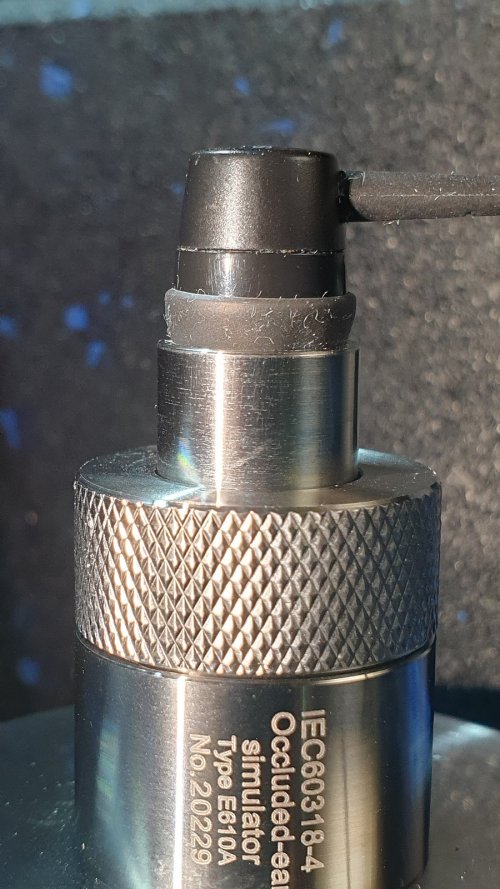 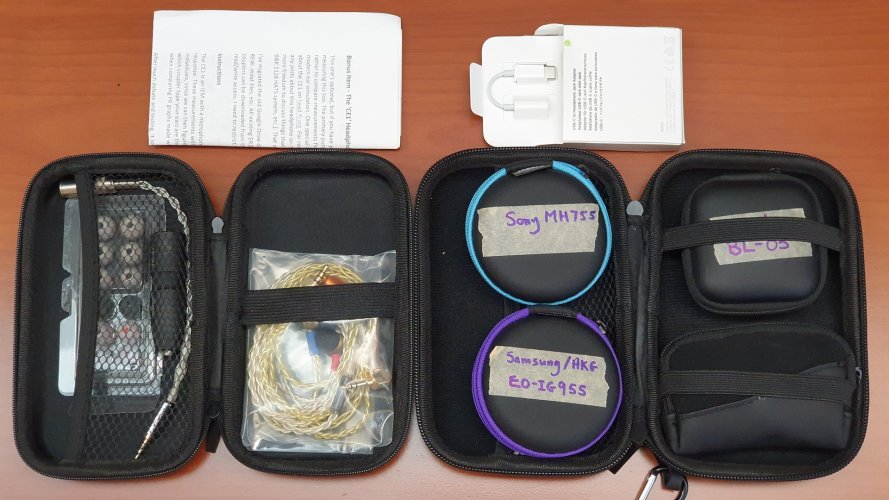 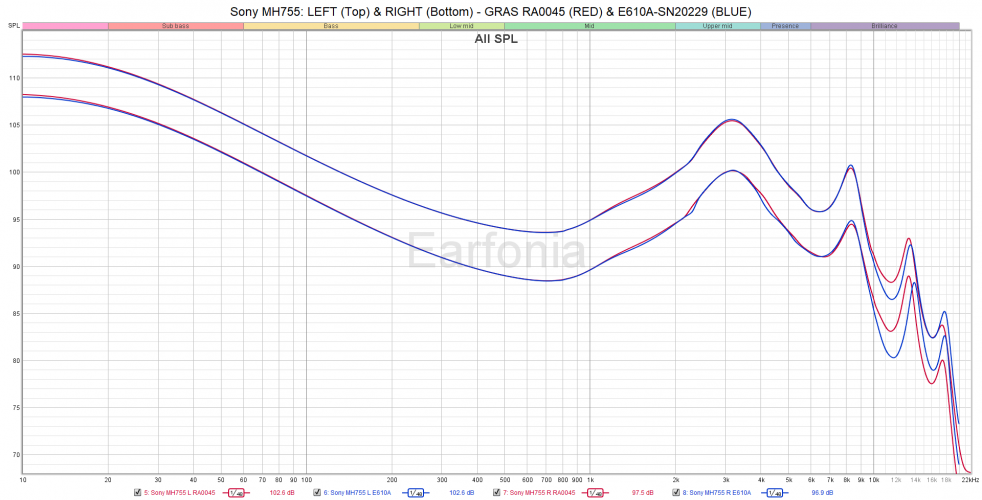 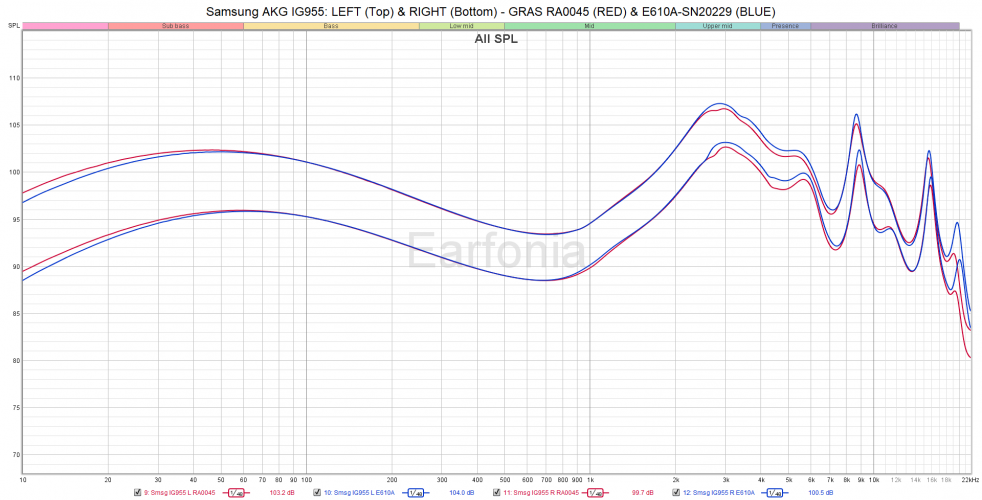 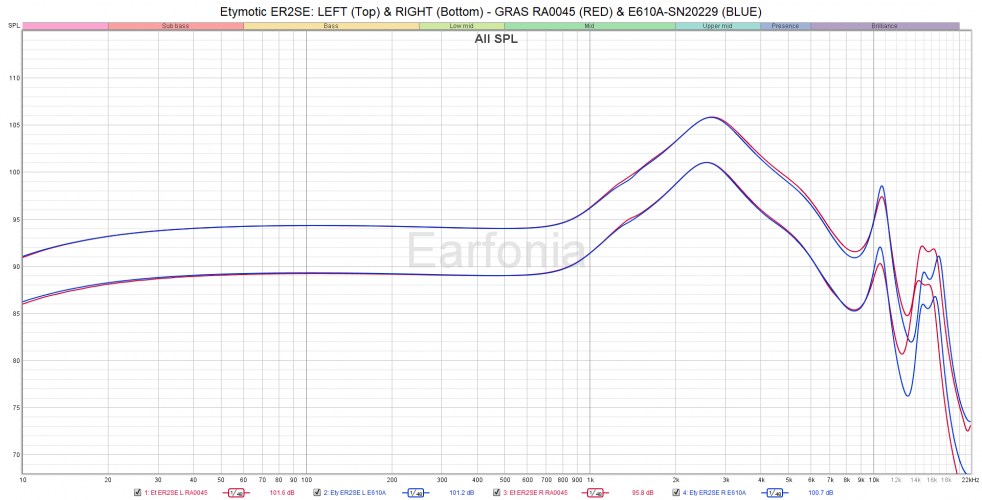 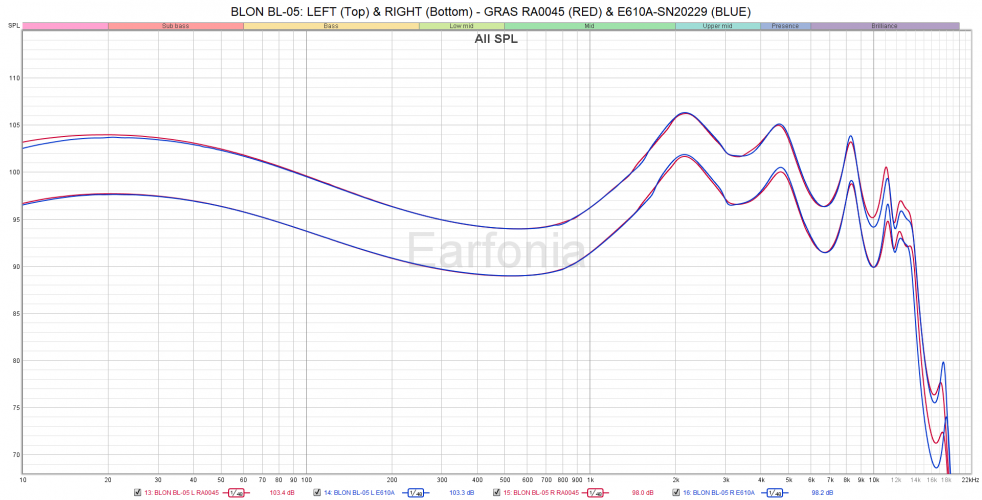 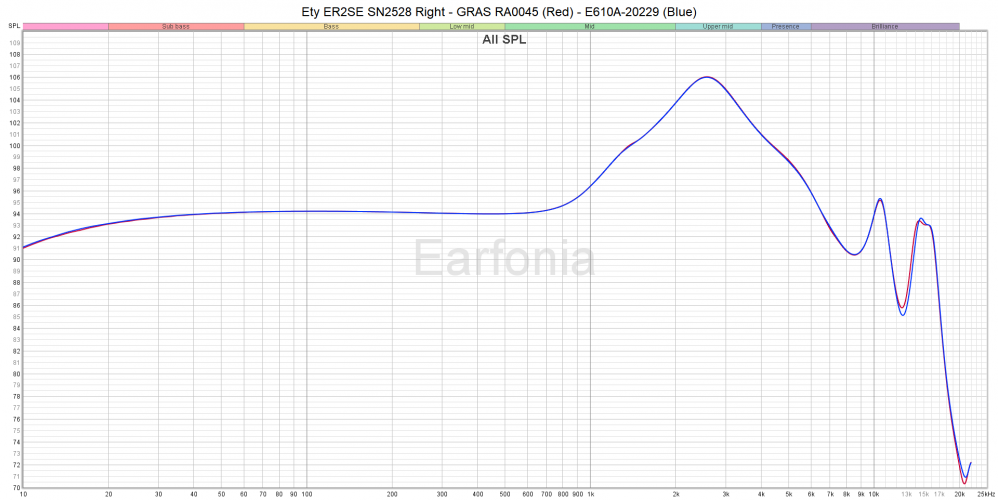 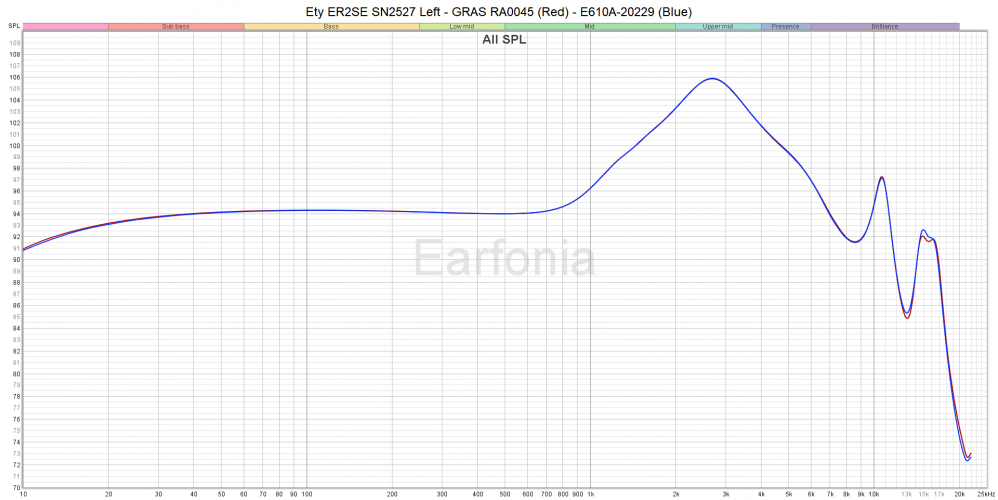 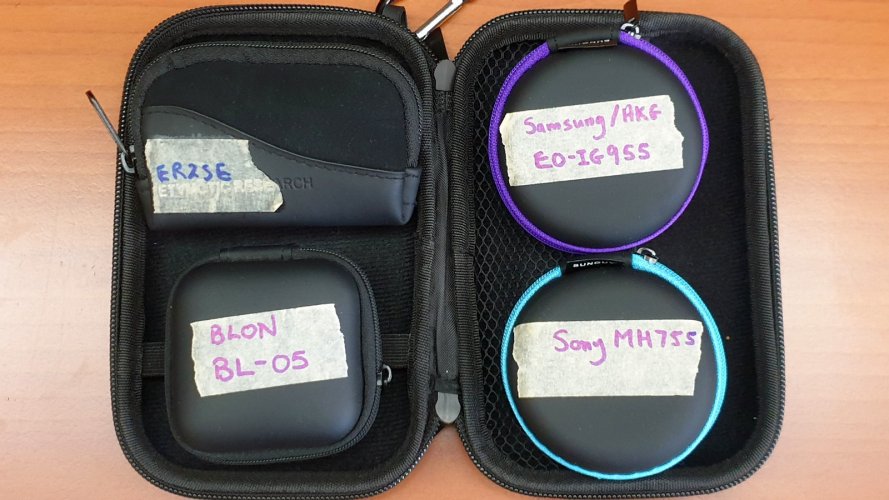 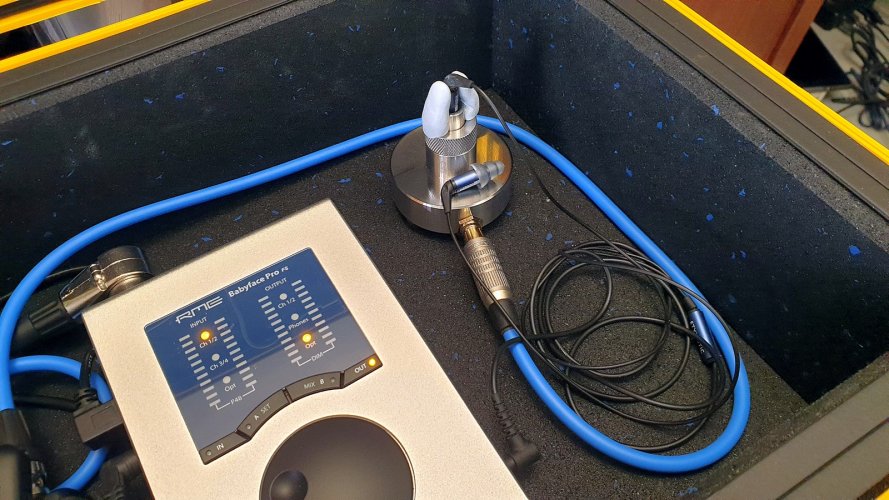 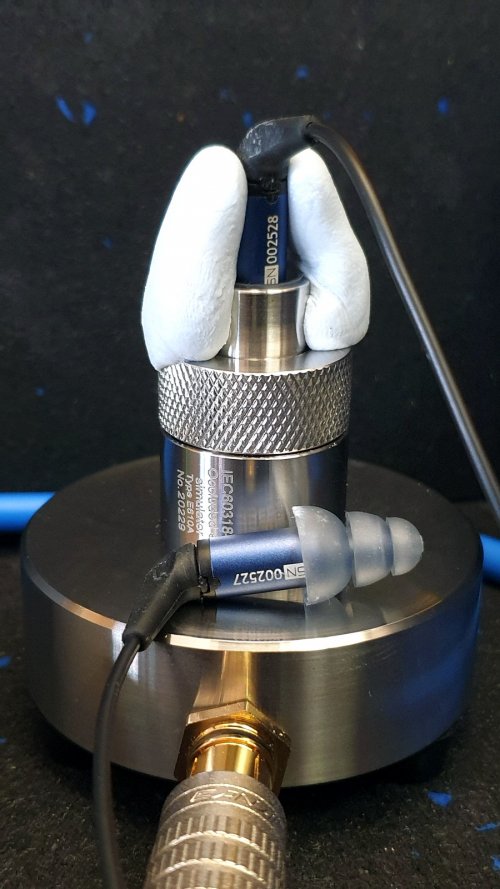 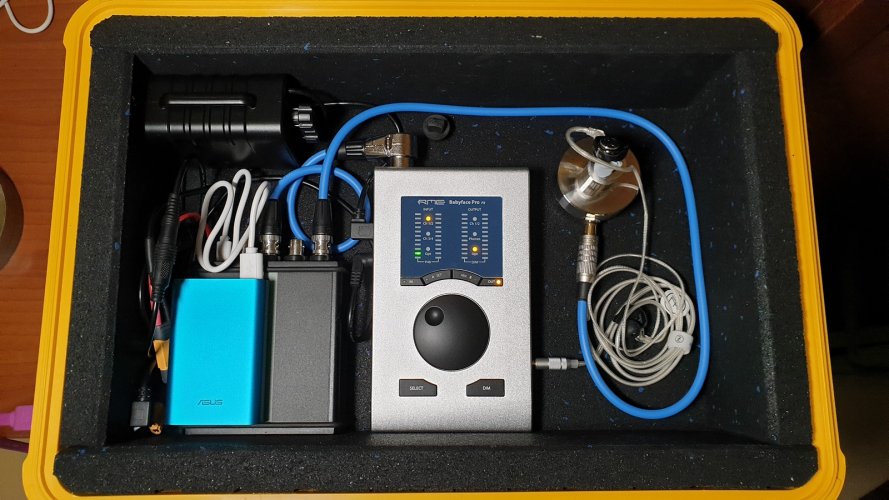 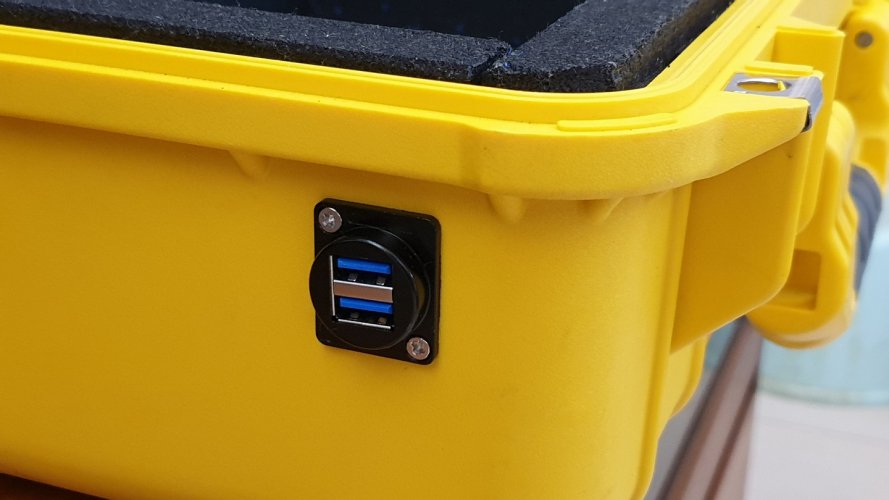 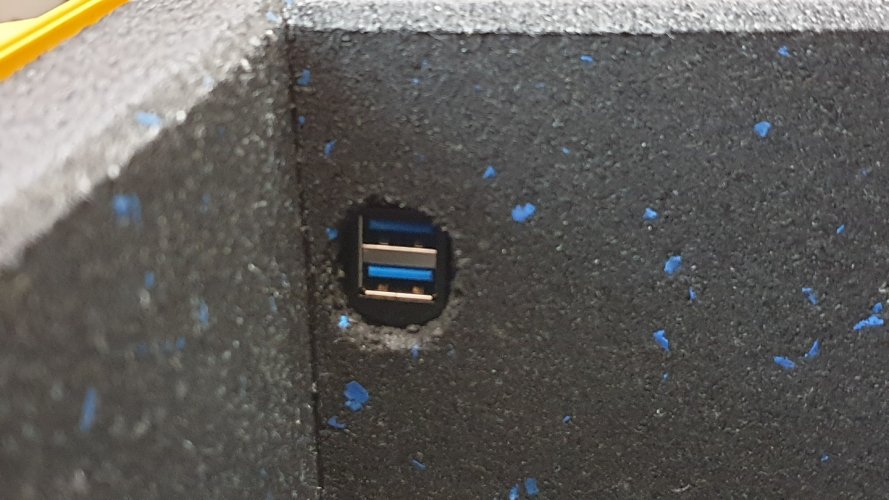 You are using an out of date browser. It may not display this or other websites correctly.
You should upgrade or use an alternative browser.
Etymotic ER2SE - A Reference Headphone for your Ears and Your Couplers


visor said:
So idk where else to post I will do so here.

I've had my ER2SE for about a month or so now and I find minimal bass least of an issue. The eargain region starts too soon and then treble is recessed which overemphasizes 1-3k. Is that at all affected by insertion depth? I mean I can only insert then so far
Click to expand...

Since you use EQ, do you mind to try this EQ profile that I made for ER2XR? I would like to get some feedback especially on the reshaping of the upper mids to treble region of the frequency response.
ER2XR to EITC-2021 - Equalizer APO profile

ER2SE and ER2XR have similar >600 Hz frequency response. The difference only on the bass level. I think what makes the 3kHz sounds prominent is the absent of the treble peak around 4.5kHz that I added in the equalizer.

Happy 2022 everybody! I wish you all a year free from Greek letters

A quick update on this little project - @earfonia's measurements have been added to the database: https://www.hypethesonics.com/er2se-database/

@earfonia has made a number of very significant contributions, which I can't properly do justice to in one post. Some additional measurements from him aren't on the database yet, because it's not currently configured to accept impedance measurements from both channels, distortion at 104 dB, etc. We're having some off-line discussions about what extra data might be worth pushing to the database. The main take-away is that the coupler @earfonia is using (if you hunt back through this thread you'll find the purchase link for it) matches GRAS' RA0045 almost perfectly (within the uncertainty of a small change in insertion depth) and it does this not only for SPL, but also distortion. It's the best clone coupler I've seen so far - by a decent margin.

The tour kit is currently with @crinacle. Oratory1990 is up next. I think it's either @kmmm, @hakuzen or @castleofargh after that (all of whom are in Europe, so you guys can arrange things in whatever order is convenient).

Looking forward to this. I won’t waste any time when it arrives

ER2SE is the most realistic one. With my Hifi experience, i could put ER2SE as a bookshelf speaker in a small well treated room but lacking a subwoofer. A driver that needs to fill 40hz and below.

Dr Strangelove said:
May I ask how some of you managed to fit a 1/2" microphone all the way in into a 711 coupler?

I'm not sure if anybody else replied to your post, so here's my $0.02's worth. I recommend learning from my own mistakes and not bothering. Even if you can finagle your 1/2" mic into your coupler, you're going to have to do an awful lot of work to calibrate its internal volume and transfer impedance to make it match a proper 711 coupler. Look for the link that @earfonia supplied to his clone coupler on this thread. It matches GRAS' RA0045 frequency response almost perfectly and its mic has equivalently-low distortion levels. Unless you're doing this strictly for fun, I'm not sure the exercise you're proposing is worth it any longer. It would be easier and cheaper to just buy the coupler that @earfonia has.

BTW, a quick update on our tour. @earfonia has added two rather neat pieces of kit - a Conexant dongle and a CKN50 earbud with an attached test nest. The dongle is optional, but might be useful for some to help calibrate REW's SPL meter. It also has a very low (<0.2 Ohm) output impedance, so should be good for driving a wide range of IEMs for measurement purposes. The CKN50 + test nest should allow all of us to get a near-perfect match on insertion depth for this particular headphone. (Much, much easier than the endless manually adjustment needed to get the insertion depth matched with the ER2SE.) These two pieces of kit are currently with oratory1990. The rest of the tour kit is with Crinacle, but should shortly be on its way to join up with oratory1990. Other folks in Europe should be good to take the entire kit after oratory1990 is finished.

For everyone convenience, here is the link to the 60318-4 coupler with good quality ICP mic mentioned above by @csglinux :

the seller has the 2nd hand B&K 1704, but not listed in his shop. Need to talk / chat with him if we want to include it.

The ATH-CKN50 is meant as a test IEM to help to get consistent insertion depth on every coupler. This is to reduce measurement comparison inconsistency caused by different insertion depth. But not all coupler has exactly the same distance between the nozzle opening to the microphone membrane. We can see the 8-9kHz resonance peak might be slightly different in frequency between different couplers. 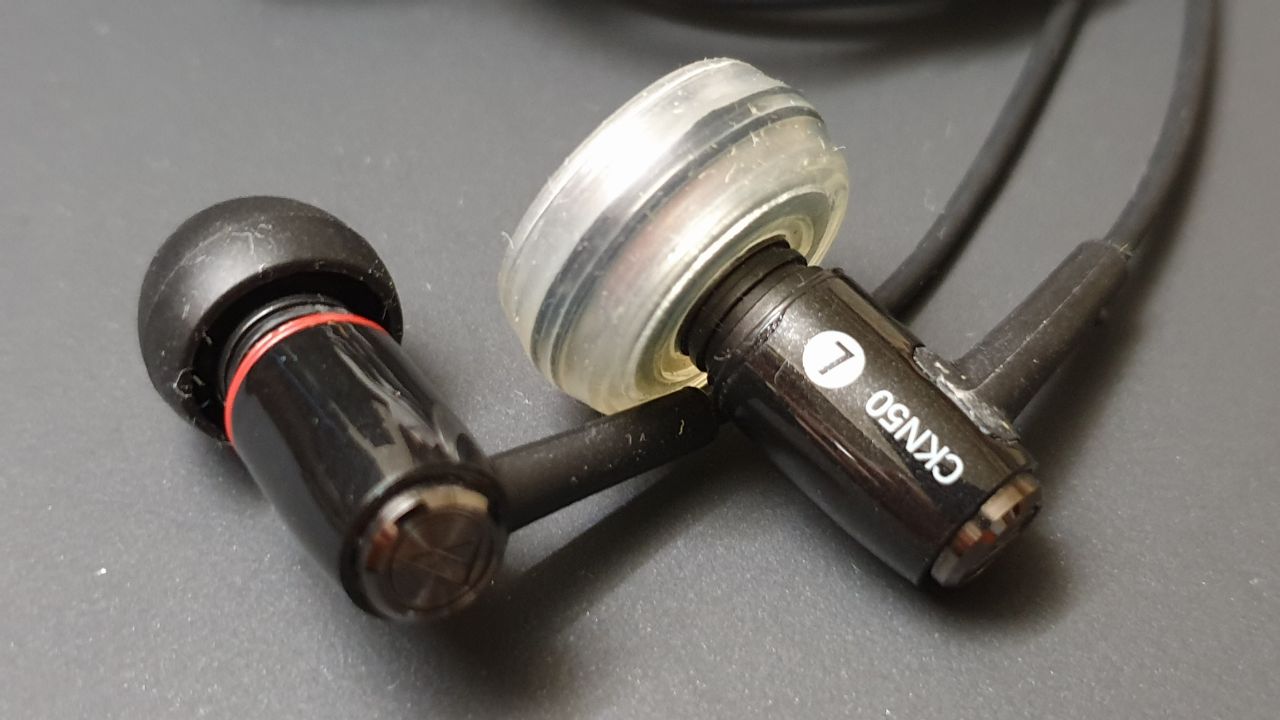 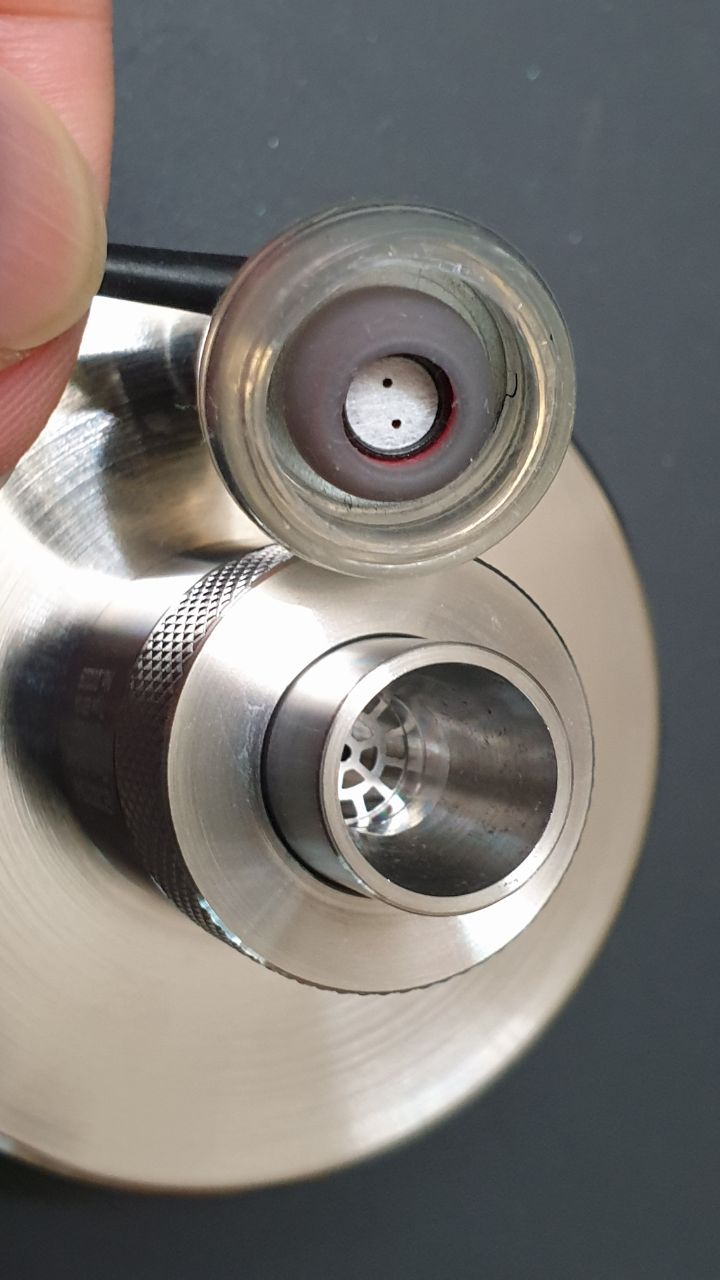 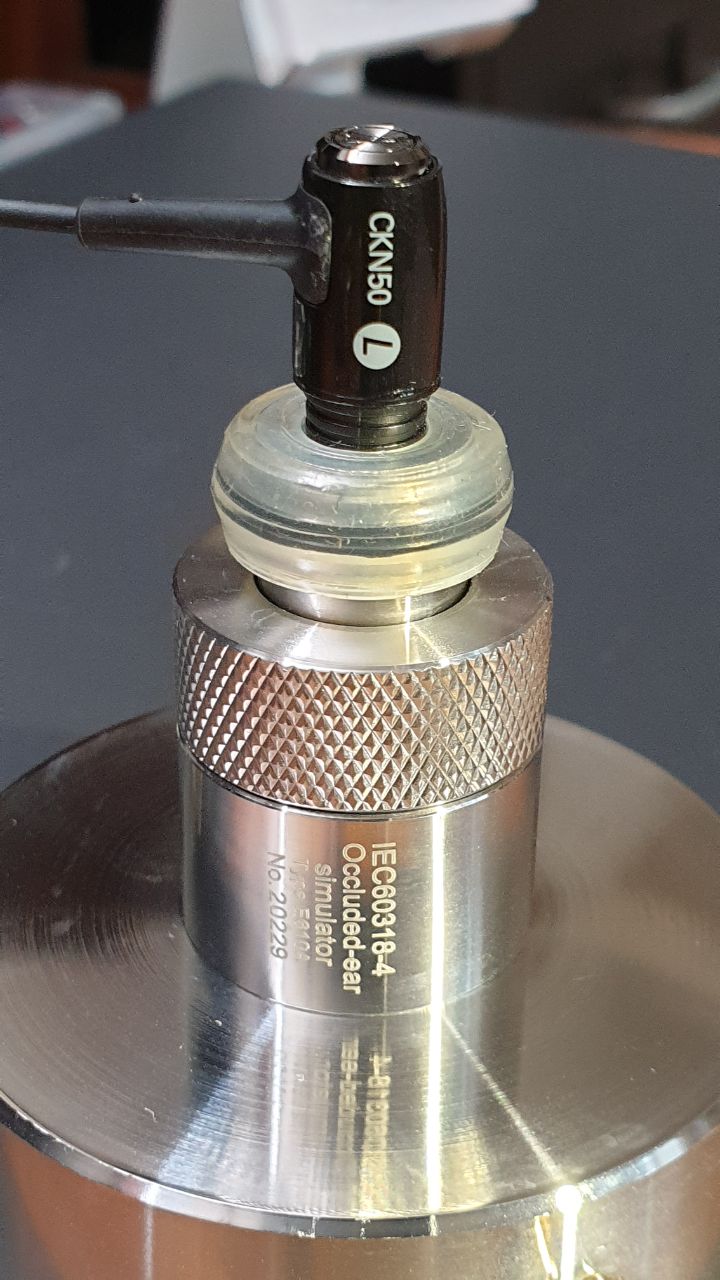 csglinux said:
Even if you can finagle your 1/2" mic into your coupler, you're going to have to do an awful lot of work to calibrate its internal volume and transfer impedance to make it match a proper 711 coupler.
Click to expand...

Thank you for your reply!

I did a few experiments with a few miniature mics in the past weeks and found that it is actually quite hard to achieve comparable results with mics that are not specifically designed for that purpose. It appears that even the protection grid at the tip of the mic can vastly change the treble response due to the varying volume in front of the capsule and the properties to reflect and diffuse the incoming sound waves.
So I guess it is really hard to more or less pinpoint a reference curve without purchasing some sort of standardized 1/2" pressure microphone.

However that may be. I decided to skip the 711 couplers for my project anyway. Instead, I am working anthropometric replicas of my own ears which I will mould with silicone, based on 3D scans. And I fear that the coupler might cause more harm than improvement in this configuration.

Nontheless, thank you both for the response!

A quick update on the current state of the tour.

Earfonia's CKN50 + test nest are now with Oratory1990 (the rest of the tour kit is on its way to Oratory from Crinacle). Oratory has written an initial post with some measurements from the CKN50, which is an epic read. He points out a number of important subtleties that can get overlooked, and explains the difficulties (impossibilities?) of getting measurements (even measurements of the exact same headphone) to ever agree perfectly twice:

Item 4 that Oratory discusses can be a very significant effect with IEMs like the Shure KSE1500. I would add #5 - ambient air temperature. I'm sure there's also a #6 that somebody else can think of...

Update - the remaining part of the tour kit has now reached Oratory. The plan from this point on is to ship the whole thing together.
These are the current contents of the tour package:

Any volunteers to go next? (Preferably somebody in Europe.)

Count me out. I'm moving out in like 10 days and my non necessary stuff won't follow until I come back to get them(not in the foreseeable future).
What is freely asserted is freely dismissed.

castleofargh said:
Count me out. I'm moving out in like 10 days and my non necessary stuff won't follow until I come back to get them(not in the foreseeable future).
Click to expand...

No worries @castleofargh. Best of luck with the move

@hakuzen - I think you're up after Oratory then. We may be a couple of weeks out, but if you're still interested, please pm me to confirm a current shipping address.

Is there anybody else in Europe interested in taking the tour kit after @kmmm?

Summary on the current state of the ER2SE tour

Firstly - a huge big thank you to everyone who's contributed so far. It's grown way beyond just ER2SE

We have some folks outside head-fi who are interested in joining this tour, so I wanted to put a quick post together to summarize the current state of the tour kit and why you might want to join.

Misc. items in the kit:
Rode XLR adapter, TRRS mic adapter cable, Eidolic 2.5 mm to 3.5 mm adapter, Conexant cx31993 dongle (Earfonia had the idea to include this to help calibrate SPL without needing an SPL meter. It also has a very low output impedance, which is what you'd want for measuring IEMs.). Earfonia - have I forgotten anything?!

The initial goal was to better understand the response from currently-available ear simulators. I think we have a reasonable handle on that now as these IEMs have been measured with a wide range of rigs - everything from DIY vinyl-tubes all the way up to a full B&K HATS system. I'll post some meta-data on all this when I get the time. I see the tour now transitioning into a couple of other (equally important) roles:

1) To help people report consistent measurements from their own couplers.
There are a large number of databases springing up all over the internet now using Marshall Lochbaum's JavaScript graphing wizardry (or some fork of it). Almost all of these databases are produced using clone (711) couplers. As a result, while they may be self-consistent, comparing or autoEQ-ing FRs from one database to another - or even just comparing against the Harman target - involves a random, unknown error. As Oratory1990 points out in the reddit post I linked to above, we can likely never make these errors vanish completely, but we can eliminate a significant part of the discrepancy by at least calibrating these clone couplers against the GRAS (RA0045) standard, measuring the exact same headphones with the exact same eartips (and trying to carefully match the exact same insertion depth). All measurement data files are available electronically and we have instructions for tour members on how to use these to calibrate your own coupler. This isn't going to give you a GRAS coupler - many clones (including Crinacle's) still have some idiosyncrasies, such as that 1 kHz wobble that was discussed early on in this thread. But calibration can help alleviate many common issues, such as the early low- and high-frequency roll-offs in many clone-coupler mics, and you can also retroactively correct any existing measurements, post-calibration.

2) To help us get a better understanding of the mean and standard deviation of the human ear response and how that correlates with existing ear simulators. This was the idea behind the CE1 (explained more here: https://www.head-fi.org/showcase/introducing-the-ce1-the-worlds-most-somethingist-headphone.25259/).

If anybody's interested in joining the tour, feel free to pm me or reach out on Discord. I'll need your name, address, email and phone number (international shipping typically requires all the above). I'll try to keep the section below updated as the tour progresses.

The tour kit is currently with kr0mka The queue now looks like this: