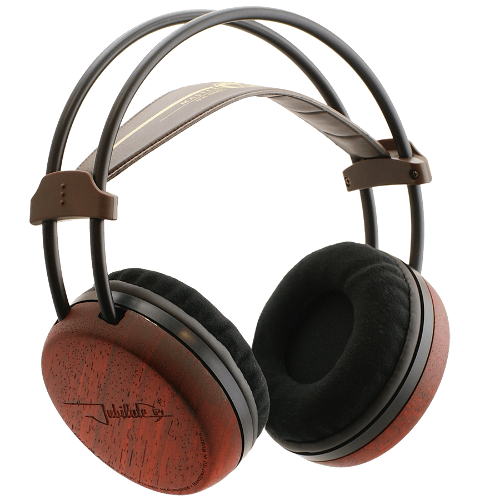 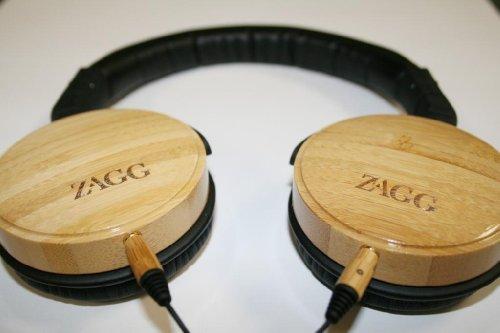 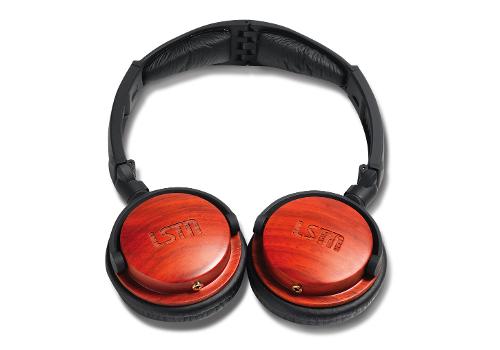 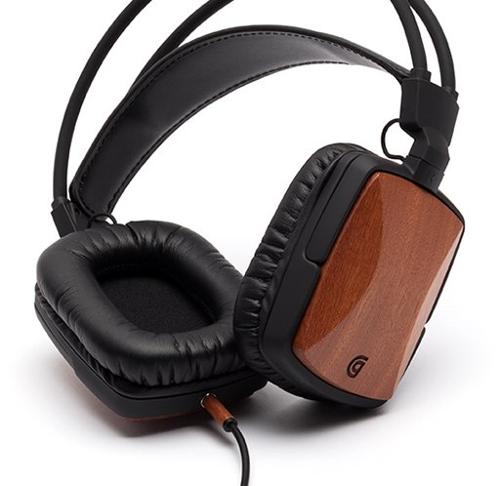 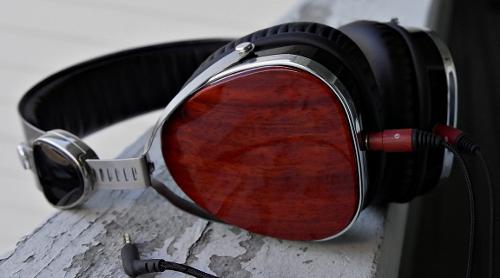 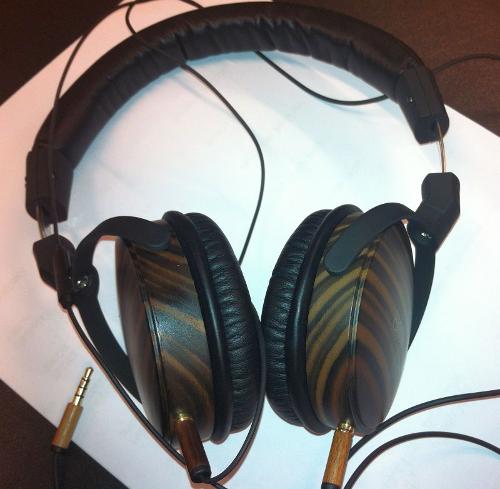 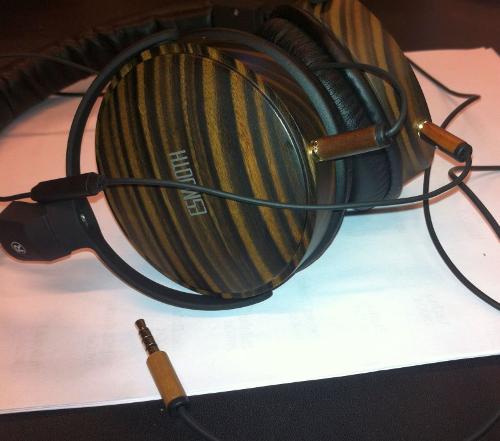 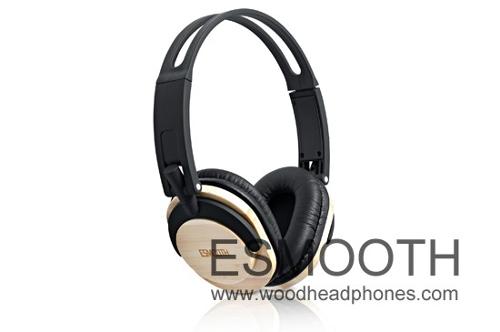 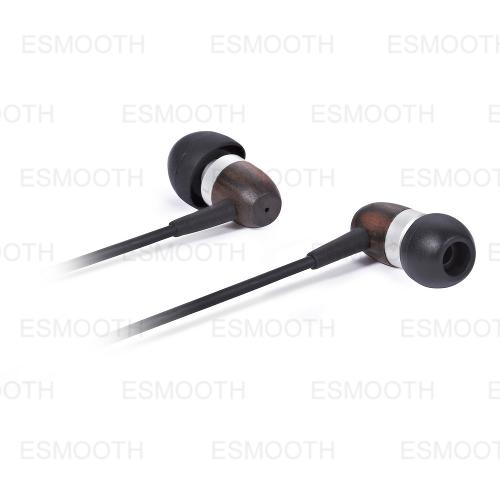 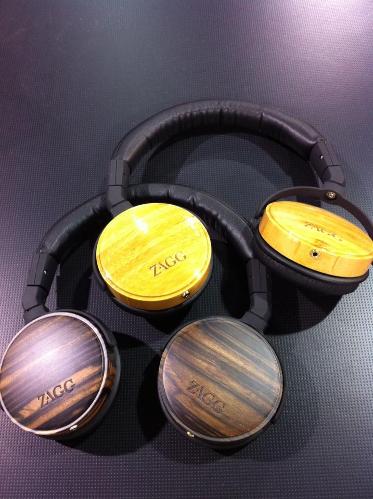 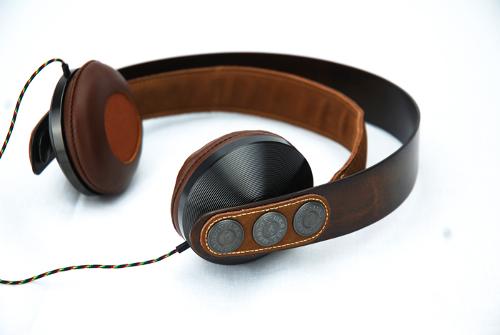 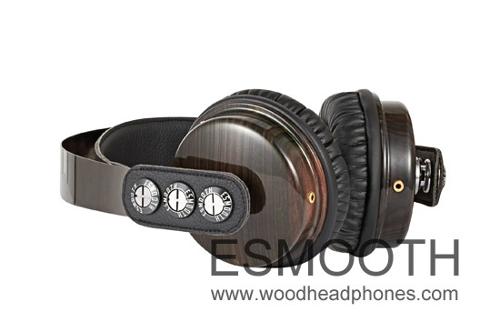 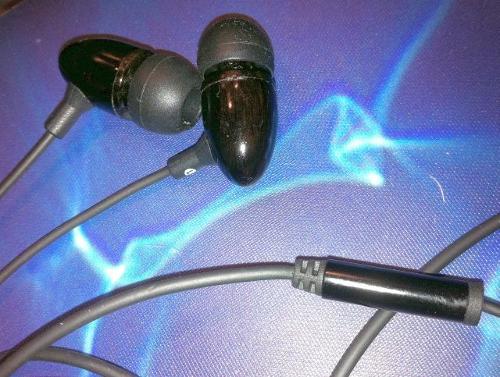 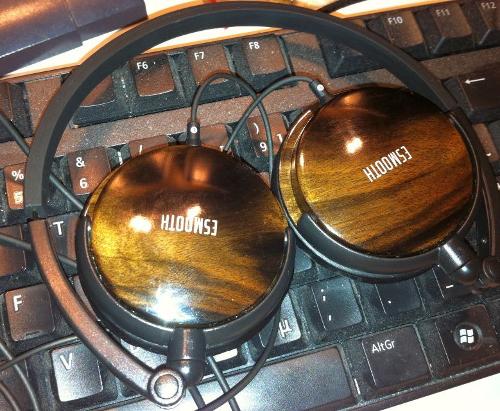 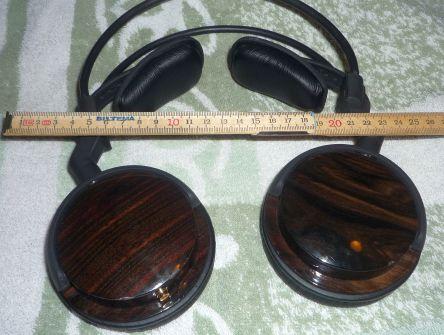 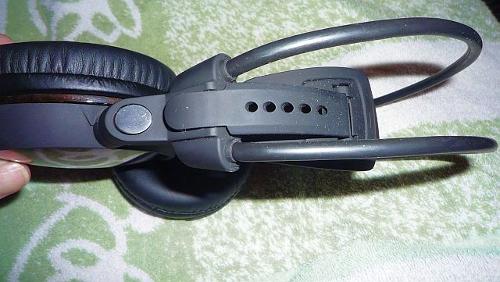 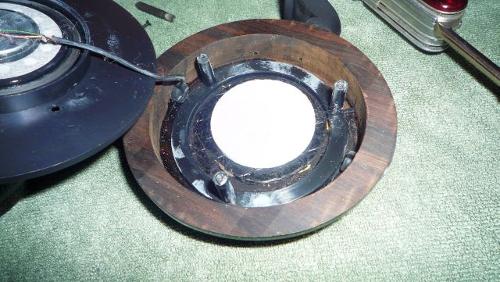 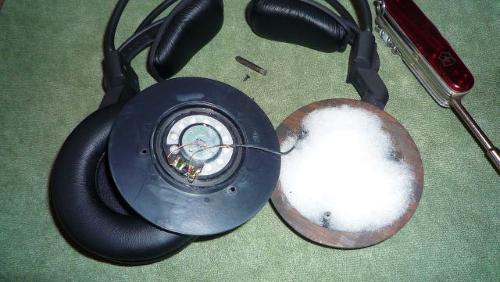 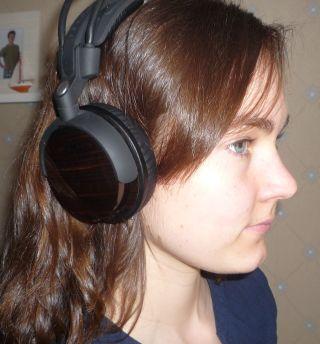 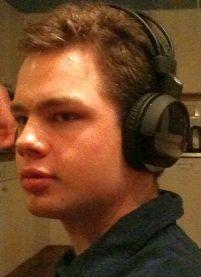 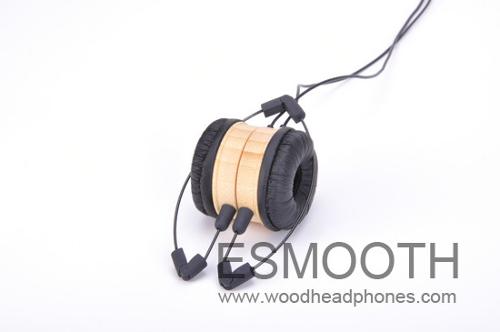 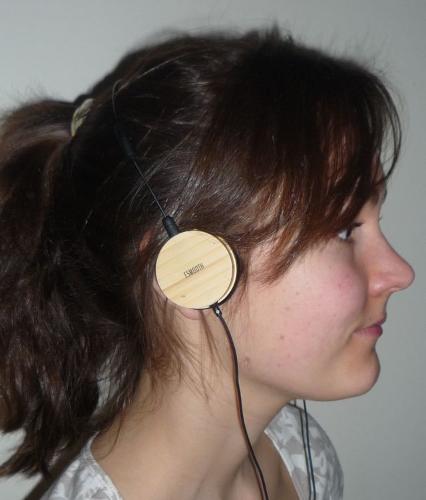 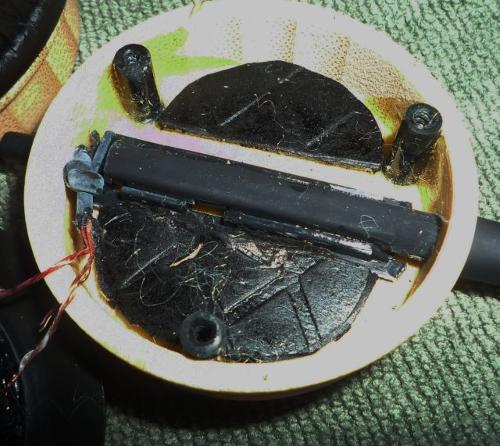 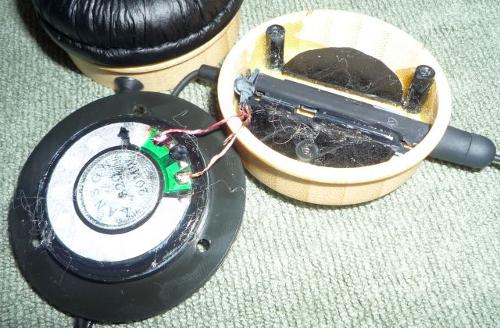 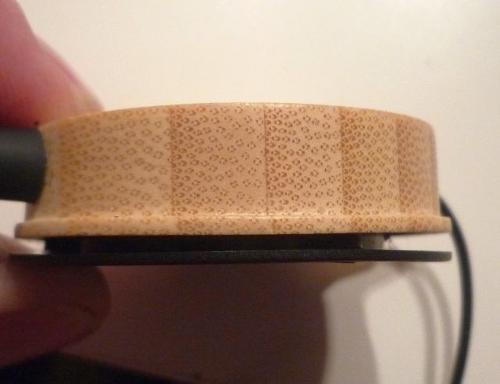 You are using an out of date browser. It may not display this or other websites correctly.
You should upgrade or use an alternative browser.
ESMOOTH - Gorgeous headphones...

Just thought I drop in here to give you guys my quick impressions. This is my first wooden headphone and IEM I've owned and to be honest, I'm very excited since you all know that every wooden headphone has its unique sound. Gonna start with sound because it's what I'm craving for. It sounds very very good and I'm not kidding. I'm impressed!

First thing about these is that it has a very good tonal balance. It's never harsh, just smooth and so sweet! Detail, soundstage and resolution is okay. Violins sounded awfully sweet on these and I loved it to bits. Microphonics is not a problem.

I was never a basshead and I think that it has just a little too much bass. But the thing is, I don't find them overpowering. Mids are still there and vocals are undisturbed. I'm wishing there would just be a little more impact. EQ seems to work well although I rarely used EQs. When the bass is toned down, that's when they really shine. Mids are perfectly transparent although they have a dark aspect to them. They seem to have an edge in acoustic recordings. Highs are a tad veiled and cymbals are not reproduced very well.

There is really no comparison to the DT880/HD600 as it simply crushes them in every aspect. But what really stands out from these cans is it's musical and sweet sound signature. Imo, I prefer these over the Pannies. After I got these, I rarely use my HTF600 and the ES-830BB completely replaced the HTF600 for me.

The earpads are mushy and snuggly on the ears. The headphone itself is extremely lightweight, the force on the head and clamping force is minimal.  I have no problem wearing them for an extended amount of time.

The headphone I received is not retail packaged so I'm guessing they'll be making further changes on it. They do have replaceable cables and the package comes with two cables (45 degree and straight plug). Cable is a bit flimsy - very thin and imo will break if not taken care properly. The earcups fold like that of the Ultrasone Pro 750 but it does not as well. Isolation is okay for me but the sound leaks quite a bit (Person sitting beside you will know what you're listening to).

One other thing, you might be confused which earcup's right/left as there's no visible markings but that may change in the near future.

Conclusion: Great value can. I put this above the HTF600 like I said earlier - more detailed, transparent, better timbre, warmer, more musical. It's a good all rounder and I recommend this can if you can ignore its build quality (and maybe design). It's not meant to compete with cans ~$100+ but it is a great complement to neutral cans. Just a can for you to relax and enjoy the music. I don't think you will be disappointed by what it brings to the table. I call it a hidden gem. But then again, I didn't know if the SQ will be consistent throughout the models (especially wooden cans). Take for example the IEM I will be talking about in a bit. It has the compliments of other reviewers but not mine. I see potentially good cans in Esmooth's line up once it has a solid foundation. Firstly, I liked the design of this IEM - looks very clean and minimalistic. Then again, the markings L/R is hardly visible on it. It'll take you a solid minute just to figure out which one's which. My complaint still lies on the cable and this time, sound quality. Wearing style: straight down, you can't wear them over the ear.

If I were to put a review into a sentence it would be "This IEM is sweet sounding but has a muddy, uncontrolled bass which infects the entire frequency range". Bass is all over the place (TOO MUCH BASS!!!!) and I mean it. It has probably too much bass for a basshead too (Given that the HTF600 is a basshead approved can). I tried EQing the bass down and the bass is now more controlled (Thank you EQ). The ES-108 has a in-your-head kind of soundstage which perhaps some will like. Treble is rolled off, mids are recessed and details are lacking. Vocals are pushed too far back and it's not a worthy compromise.

Now to the good stuff: the sound signature is, as always, very sweet and musical. Timbre is good and the IEM is very full sounding.

I cannot recommend this IEM but they may fix it soon so we'll just eat some popcorn and see.

-Thanks for the samples, Steven!-

How much are the ES-830BB?
Not around here much anymore.

all have 50mm drivers.


Has anyone any experience with the new drivers in any of the above models in the last couple of months?

What hardware do you listen to?

The bass may tone down after some use.

The IEM's - well thats very subjective, so much depends on the shape/size of your ear canals and the fit of the phones.

Mike
Listen to the music!

Both have double sided removable cords.

I will write reviews shortly, but would like to say that I am very impressed.

I know the issue is subjective, but the new 50mm driver in the 860's sounds wonderful to me.
They are very clear with an excellent soundstage. I would say they are warm rather than "flat" sounding, but clear as a bell, and the bass is quick and sharp.
The design is simple, light and comfortable.
The wood is not as highly polished/varnished as previous models and looks more natural.
The earpadS are soft, leathery and comfortable.
I have just been listening to "Graceland" by Paul Simon and I must say I got lost in the music... Listen to the music!

Is there an updated pricelist that includes the ES-660EB/CR? Even if they sound like turds, those look like perfect donorphones. I would also be interested in the ES-666's. Thanks.

You will have to contact them and ask if they will send you samples so you can test and write a review On Head Fi.

regards
Listen to the music!

Hey, MRenard. How large are the ES-660 earcups. It's not clear from the pictures.

"Medium". On ear for large ears, or over the ear for smaller ears. They are triangular with abt 7 cm sides.
Listen to the music!

Any US retailers seling them at a decent price?

Sadly I can't help as I am in Sweden, and although I haven't seen them here, I have seen SOME of their products advertised by various other companies...
Listen to the music!

wiinippongamer said:
Any US retailers seling them at a decent price?
Click to expand...

This company seems to sell them under their own brand name:
http://www.mezeheadphones.com/
Sadly the prices are a bit steeper than the ones mrenards mentioned.

Interesting concept...I'd think that with the variety of wood they're using, it'd be hard to have the headphones sound consistent across their product line.
.

I've heard these headphones ES-821, to be frank the only thing in their favor is the looks, apart from that it's all down hill. The cable supplied is too short, I suppose you could say it's fine from your pocket to your ears, but if you want to listen at home I found the cable far to short. Now for the sound, sadly I was very disapointed, at very low volume you don't really notice, but turn the volume up a notch or two and the sound is just so hard, I found I didn't want to listen to them for long, the sound lacks warmth, bass is bloated and very ill defined, mids and vocals are hard and harsh and there is no refinement to the treble, they sound cheap, a bit of a let down.

has anyone bought any of those headphones recently? I just tried to but they told me that they are a OEM/ODM company and will only be selling them in 1000 MOQ unit quantities.
You must log in or register to reply here.